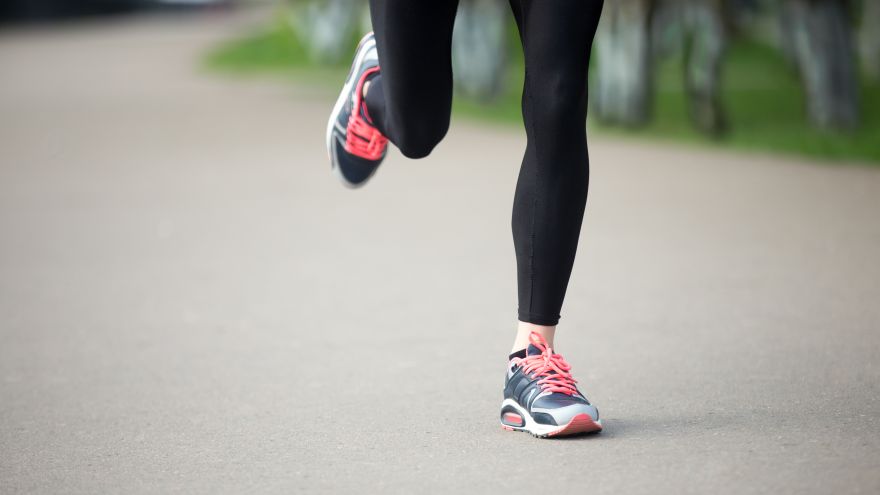 You Contracted Athletes Foot. Now what!?

It’s highly important to be healthy and take care of yourself. The same can be said about your feet since, like the back, they’re the most important parts of your body. Especially when you (don’t own cars and) spend most of the day walking and standing. For athletes; even more so. Understandably; there are times when the unavoidable happens, and you have to remedy these issues. Else, they will slow you down or come back to haunt you. 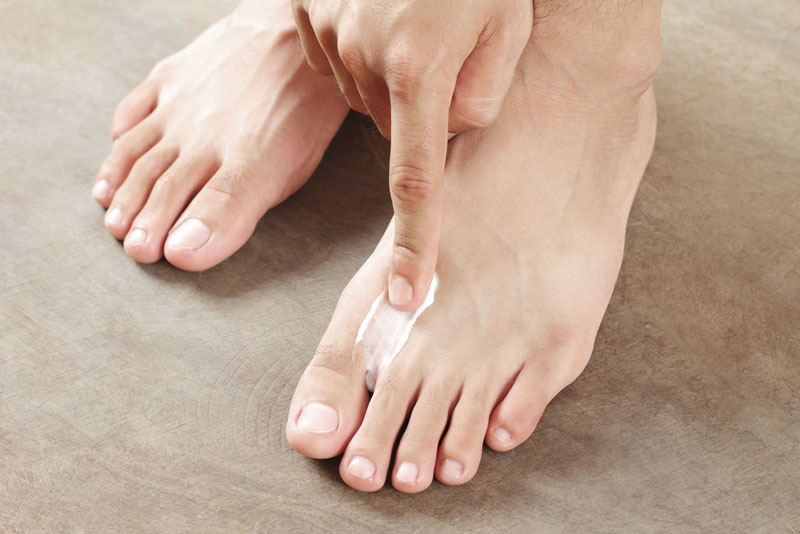 Athlete’s foot is one of these issues. And it’s not something you can simply ignore, take painkillers, and hope it goes away. It’s an annoying issue because it’s biological; something that requires a good semester or two of biology or biological science to understand.

So, What Is Athlete’s Foot?

Athlete’s foot is a common skin infection of the feet caused by numerous types of fungi. Medically, it’s known as “tinea pedis.” There are three different species, among a multitude of fungal species, that affect the body: Trichophyton, Epidermophyton, and Microsporum. What separates these three species are the “roughness” of their macroconidial cell walls. However; they cause the same problems: 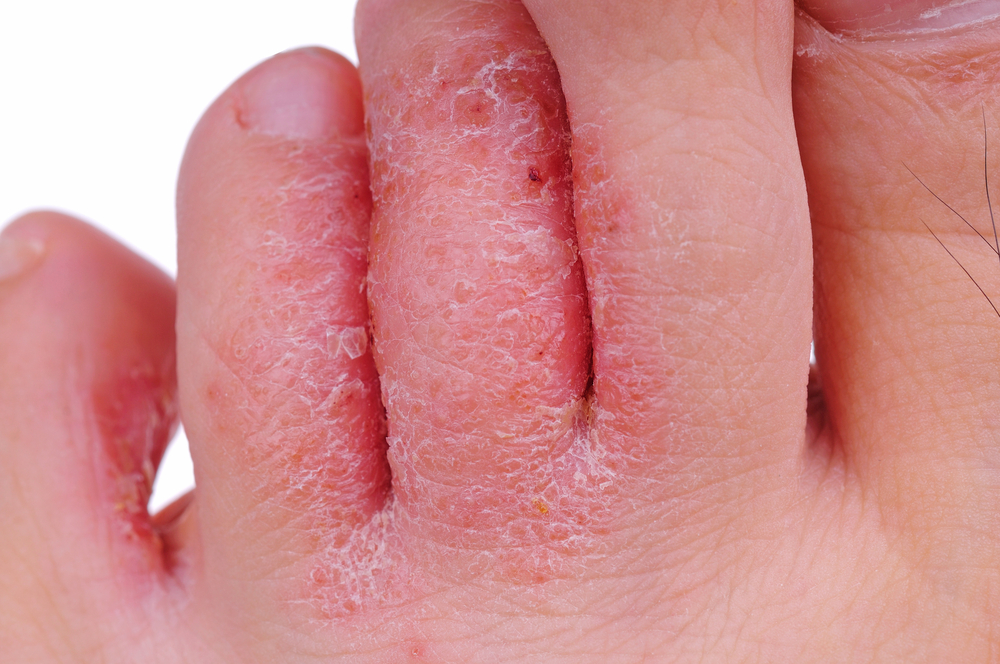 Athlete’s Foot causes itching, scaling, and redness along the skin of the feet. It’s mostly found between the toes, followed by the bottom of the feet, the toenails, the fingernails, and your hands. There are four types of categories for Athlete’s Foot: 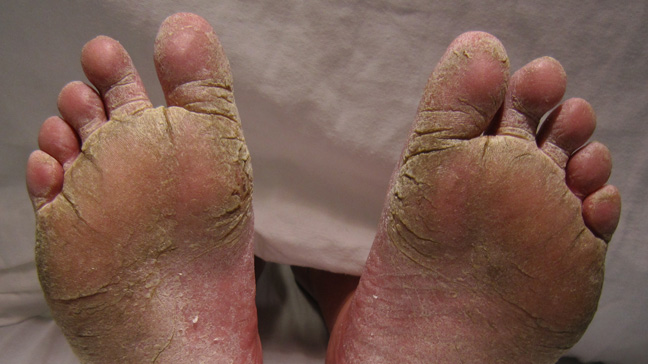 If Athlete’s Foot is left untreated, cracking of the skin may be caused; followed by more secondary bacterial infections and inflammations to cardiovascular tissues. The fungus may feed off of the keratin (protein) that’s in your toenails; causing Onychomycosis which causes them to be brittle, thick and discolored or inflamed.

Where Does Athlete’s Foot Come From?

Fungal infections are difficult to get rid of because fungus doesn’t register as “vegetable” or “mineral.” They look like plants (because of the mushrooms you see on the ground and in the trees), but they’re not. The DNA structure of fungus are more related to “animals” than “vegetables.” Scientists back in the 1700s and onward had to place fungi in its own kingdom. So trying to “kill” a fungal infection would also mean doing damage to a person or animal that’s suffering from the infection. That’s the most annoying part about trying to treat said infection.

Fungus are the main decomposing agents of ecological life; eukaryotic organisms that include yeasts, molds, and mushrooms. There as old as time and life on this planet. So it can be said that all types of living animals have suffered from this same ailment before the word “athlete” ever existed in any language. 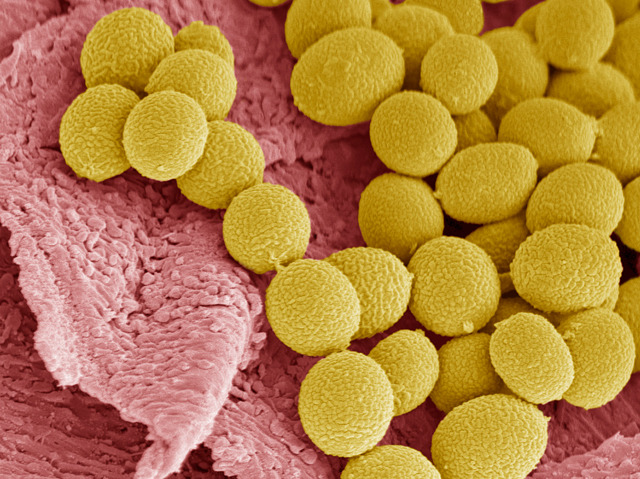 Pellizzari C. Recherche described the infection in 1888. Arthur Whitfield, a British dermatologist, reported the fungus in 1908. He and Raymond Sabouraud, a French physician, believed that it’s the same type of fungus that causes tinea capitis; skin infections on the scalp, eyelids, and eyebrows. The end of World War I saw American solders return home with infected feet. The fungus from the infections would spread from that point on.

Athlete’s Foot is a highly contagious, and therefore global, disease that infects about 15% of the population. Men, more than women, would be affected by it; as well as older children and young adults. Swimming pools, health clubs, wars, and traveling would spread the fungus worldwide.

So, How Do You Stop The Spread of Athlete’s Foot?

Improper hygiene is the main culprit of spreading the infection. The fungus is usually found in and around swimming pools and locker rooms. The’re also found in areas where people choose to walk barefooted. So extra care should be given when walking outside. Wash before and after you go into a large body of water. Protect your feet with flip-flops or sandals.

Athlete’s Foot is an infectious disease and can inadvertently be spread by someone who has it. Animals can also spread this fungus. So be careful where you walk in places that are known to have animals. Be sure to take good care of your pets as well. 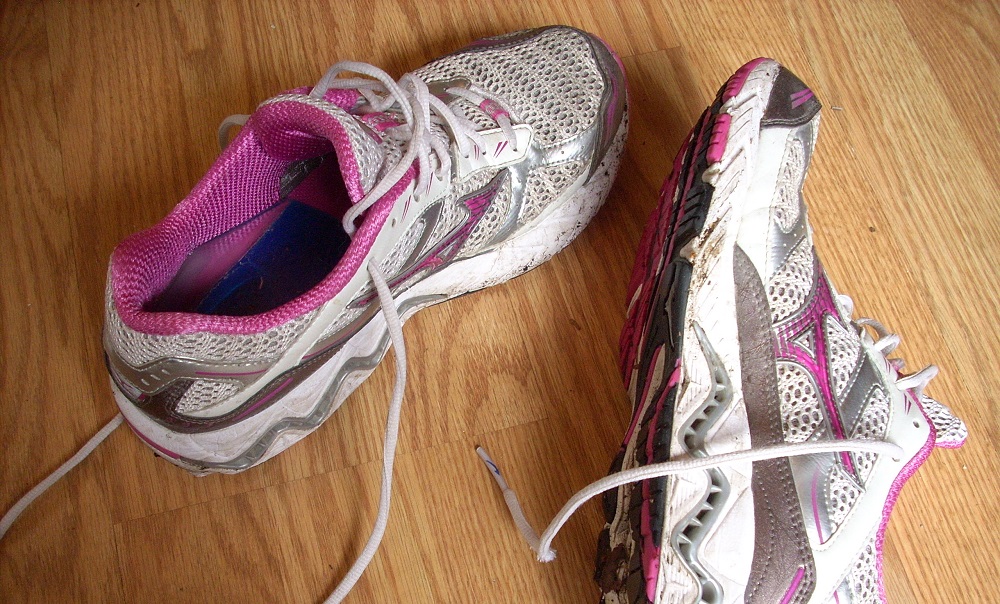 Sharing clothes, particularly socks and shoes, can also spread Athlete’s Foot. So be advised not to do so if you know you have it. You should make it a habit of washing your clothes after as well (if you’re not already doing so). Use bleach to wash your clothes and clean your shoes. (Else, throw away the infected clothing and shoes.)

Keeping your feet dry and clipping your toenails short (even going as far as to use separate toenail clippers for infected toes) can also do the trick. The good-old Center for Disease Control and Prevention reminds you to keep your nails short and clean; since that’s where infections can be housed and spread.

Speaking of “keeping your feet dry;” try these tips:

And If You Caught It, How Do You Treat It?

For a more certain diagnosis, a “KOH test / prep” (which is a direct, microscopic view on a piece of skin under potassium hydroxide preparation) is utilized. The KOH prep is also important in ruling out all other infections caused by allergies, genetic skin disorders, and other forms of bacteria. 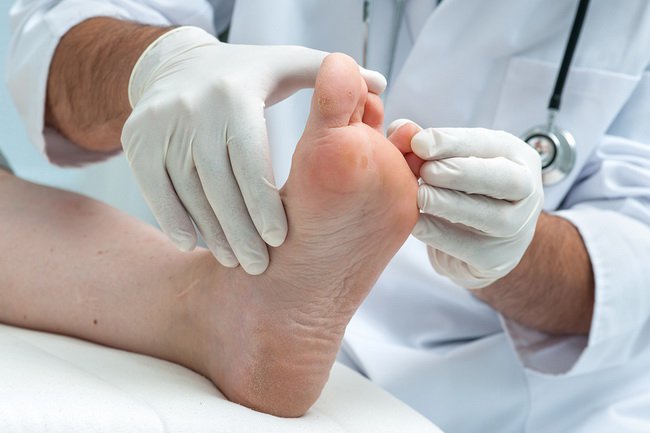 (Ultraviolet light, aka a “Wood’s Lamp,” can be used for finding fungal infections. But it’s more likely to find them on the scalp than finding Athlete’s Foot. So it’s not that much of a use, unfortunately.)

Let’s follow it up by treating the kitchens and bathrooms of the house with chlorine bleach. Fungi like to grow in warm, moist areas. But they can be killed by disinfectants and common household cleaners that contain chlorine. So give your kitchen and bathroom floors a good wiping down. (A note of caution: Be careful with that container of Clorox. The chemicals used to kill fungus and molds are also registered chemical weapons and “choking agents.”)

If you are infected, start by washing the infected feet once or twice daily. Add topical antifungal soap to the infected area(s) consistently. Note that the damaged outer-skin layer is open for reinfection and that it takes two to six weeks to reform. Also note that better hygiene practices can raise your chances, normally from 40%, for removing the symptoms of Athlete’s Foot.

Types Of Medicine To Use

Most of these anti-fungal medications are generic, non-prescription brands. You can go to any grocery store, pharmacy, or big-box general merchandise store (Walmart, Target, et al) and buy these. The doctor-prescribed anti-fungal medications require a lot more monitoring. They’ve been known to do more harm than good if you’re not careful. (WHO EML means World Health Organization’s Essential Medications List.)

Miconazole decreases the fungal production of ergosterol, an important part of its cell membrane. Oral use is only recommended for fungal infections on the mouth. But it runs the risk of being absorbed by the intestines; causing side effects and interaction with other drugs.

Clotrimazole has multiple side effects: rash, hives, blisters, burning, itching, peeling, redness, swelling, pain or other signs of skin irritation. Although it’s FDA approved, combining Clotrimazole with a glucocorticoid (like betamethasone) is not recommended in dealing with topical fungal infections. In fact, it increases the side effects and strengthens the infection’s immunity system.

Tolnaftate is less effective on Athlete’s Foot than Miconazole and Clotrimazole, but it’s useful when dealing with ringworm, especially when passed from pets to humans. 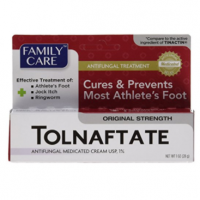 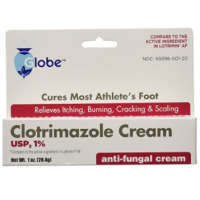 Terbinafine is notable in that it works in half the time required by other anti-fungals. But the side effects of the cream and ointment are generally tolerated itchiness. It when you have to take Terbinafine pills for nail infections that’s more problematic. They have to be prescribed and monitored by doctors because they cause so many side effects: nausea and diarrhea, headaches and coughing, getting a rash and suffering from liver problems… Just to remove some fungus off your toenails…

Not much is known about Butenafine outside of its use as topical, anti-fungal cream. So, just like all the other anti-fungal medications, follow the directions when using it.

Undecyline acid is a topical fatty acid that requires ventilation in order to work. Despite the fact that there are several over-the-counter medications with multiple brand names, Undecylenic acid is usually prescribed by doctors. The reasons being are its inability to work well with other skin medications, and allergic reactions to it. 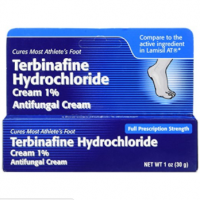 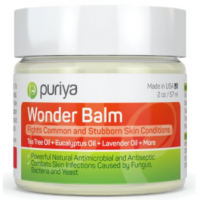 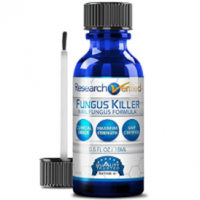 Urea has many different forms; cream, shampoo, lotion, ointment, liquid, gel, foam, et cetera. Yet it shouldn’t be used if you have allergies to it. Ask your doctor about it before use.

Salicyclic Acid is a key ingredient in topical anti-acne products like Whitfield’s ointment; which is 3% salicylic acid and 6% benzoic acid in lanolin or vaseline. But despite its wide use and low cost, poorly executed studies have disproved the effectiveness of this medication.

Potassium Permanganate is a salt and a strong oxidizing agent. A solution of 1% dissolved in hot water is an alternate anti-fungal drug. Extreme care should be given since this solution is pink/purple in color. Children might confuse this highly poisonous solution as Kool-Aid. 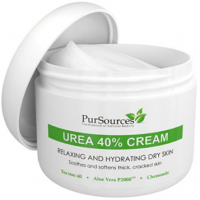 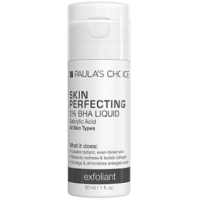 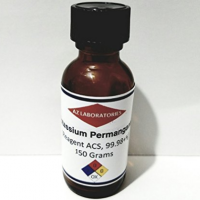 Fluconazole can either be taken by mouth or injected into the veins. However; if used improperly, the fungal infection can build up immunity and render the medication useless.

Itraconazole is a doctor-prescribed medicine; a triazole anti-fungal agent used against pathogenic Aspergillus molds (which Fluconazole is not). The blue capsules containing the medication are too big to swallow and it’s more of an alternative medication than it is a “drug of choice.” It’s usually taken by those with HIV or other near-deadly diseases. Itraconazole should not be used by people with history of congestive heart failure; as well as those with heart, kidney, and liver problems. 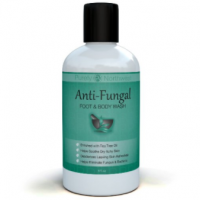 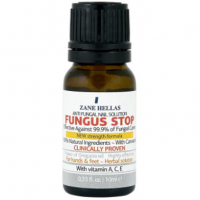 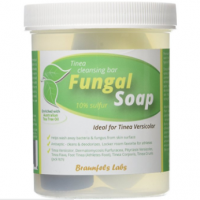 The second part of the guide turned out to be a “what’s what in anti-fungal meds.” But this is all in an effort to inform every one of the dangers of poor treatment, or lack of treatment, against fungal infections to the feet. Again, emphasis should be placed on the fact that fungus isn’t something you can sweep under a mental rug.

Fungus is part of nature itself. You can’t risk killing it without destroying parts of your body. It has to be targeted and coaxed out of your body. An easy feat to perform once you’re able to catch Athlete’s Foot early. So know the signs of an infected foot. Make the effort to cure your foot. And if in doubt, ask the professionals (like your doctor or someone whose medical practice includes the feet). Remember: “Better feats can be done with healthy feet.”

Visit Drugs.com for more info on other medication that can help in fighting Athlete’s Foot.

For foot Calluses and Corn Remedies, check out our complete guide.

Are your feet or shoes a bit smelly? Here’s our guide to eradicating foot odor.

Are foot blisters a problem? We have a guide for treatment and prevention.

Perhaps your shoes are giving in on you. Here’s how to repair them.

Dirty shoes? Here’s how to clean them.

Need to lace your shoes? Here are several methods. 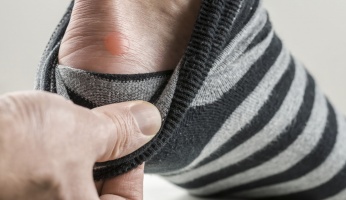 Foot Blister Prevention & Treatment: All you need to know Mar 29, 2021 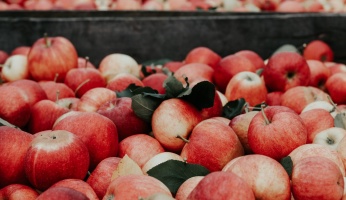 How to do an Apple Cider Vinegar Foot Soak: Complete Guide Mar 29, 2021 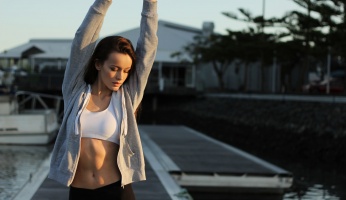 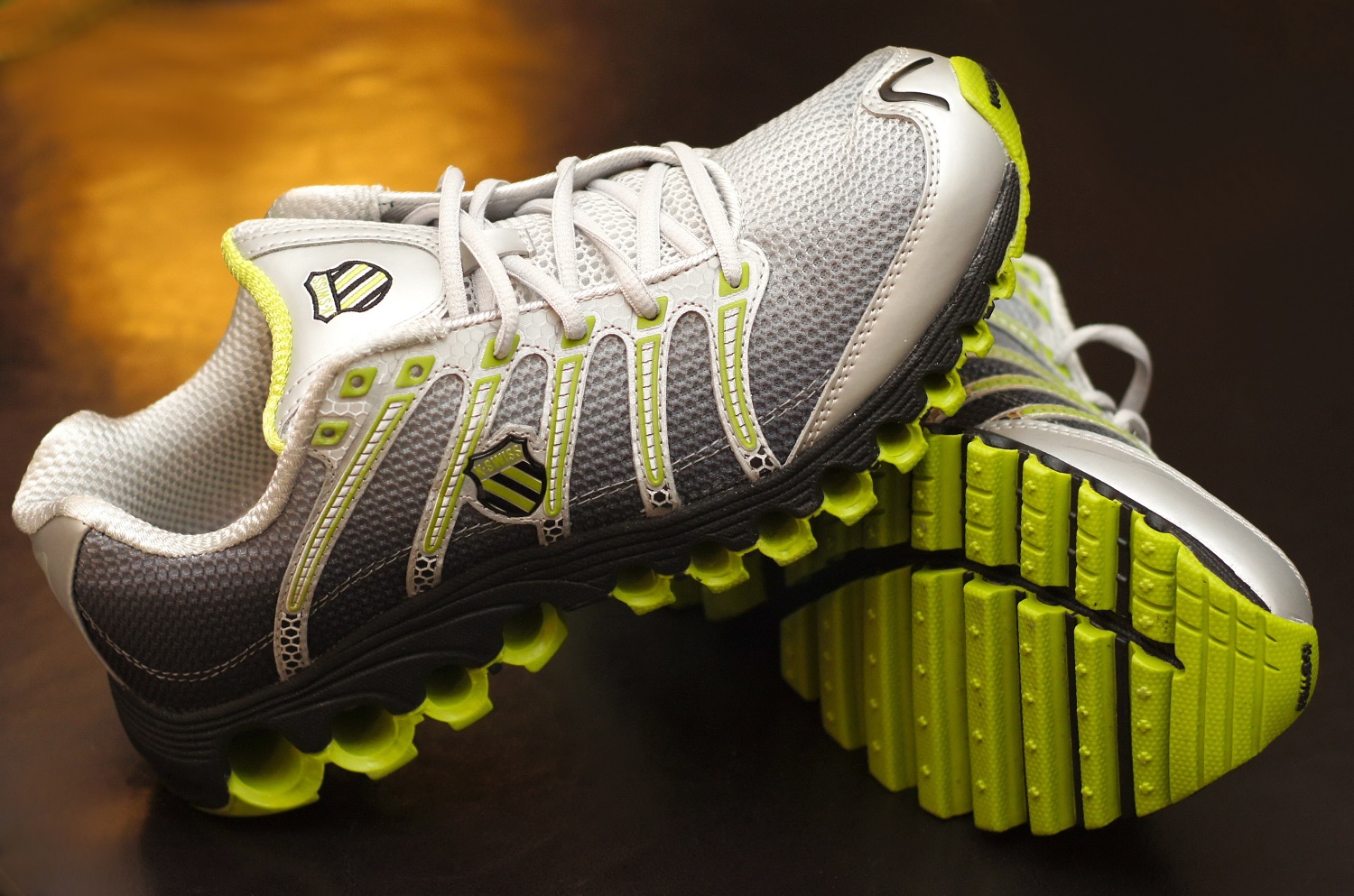 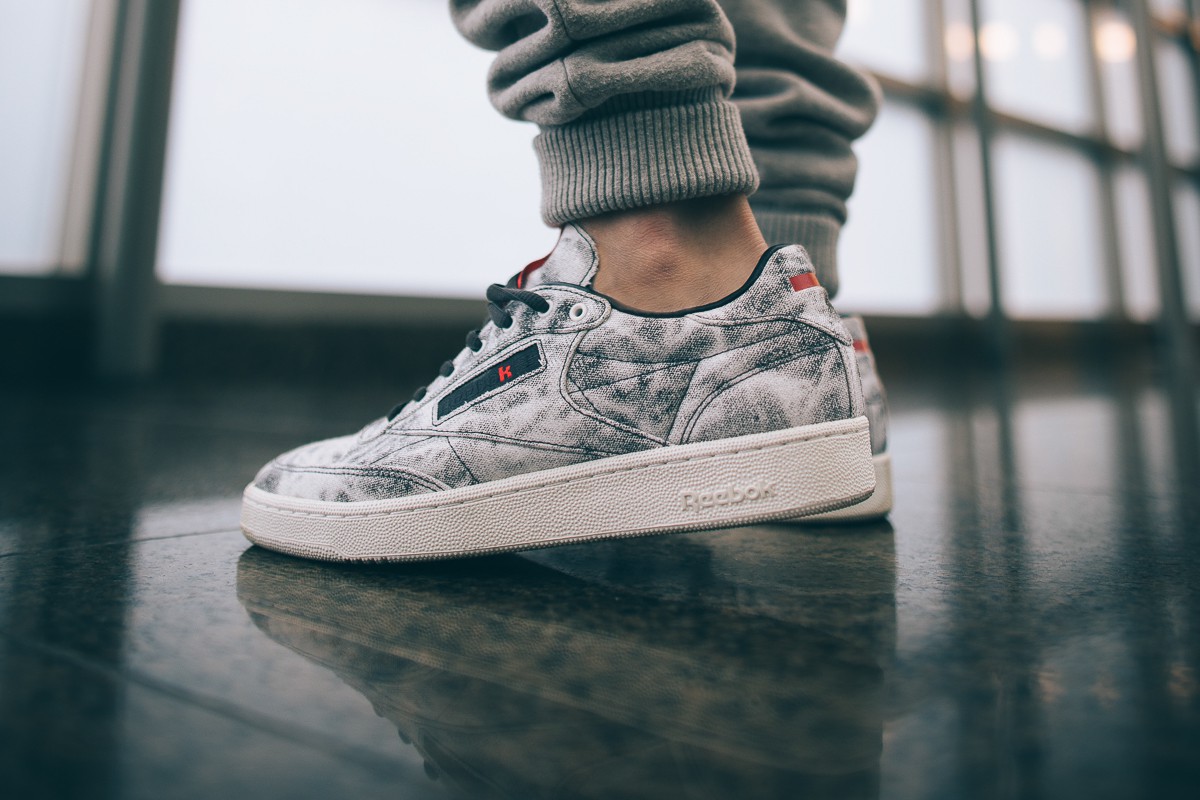 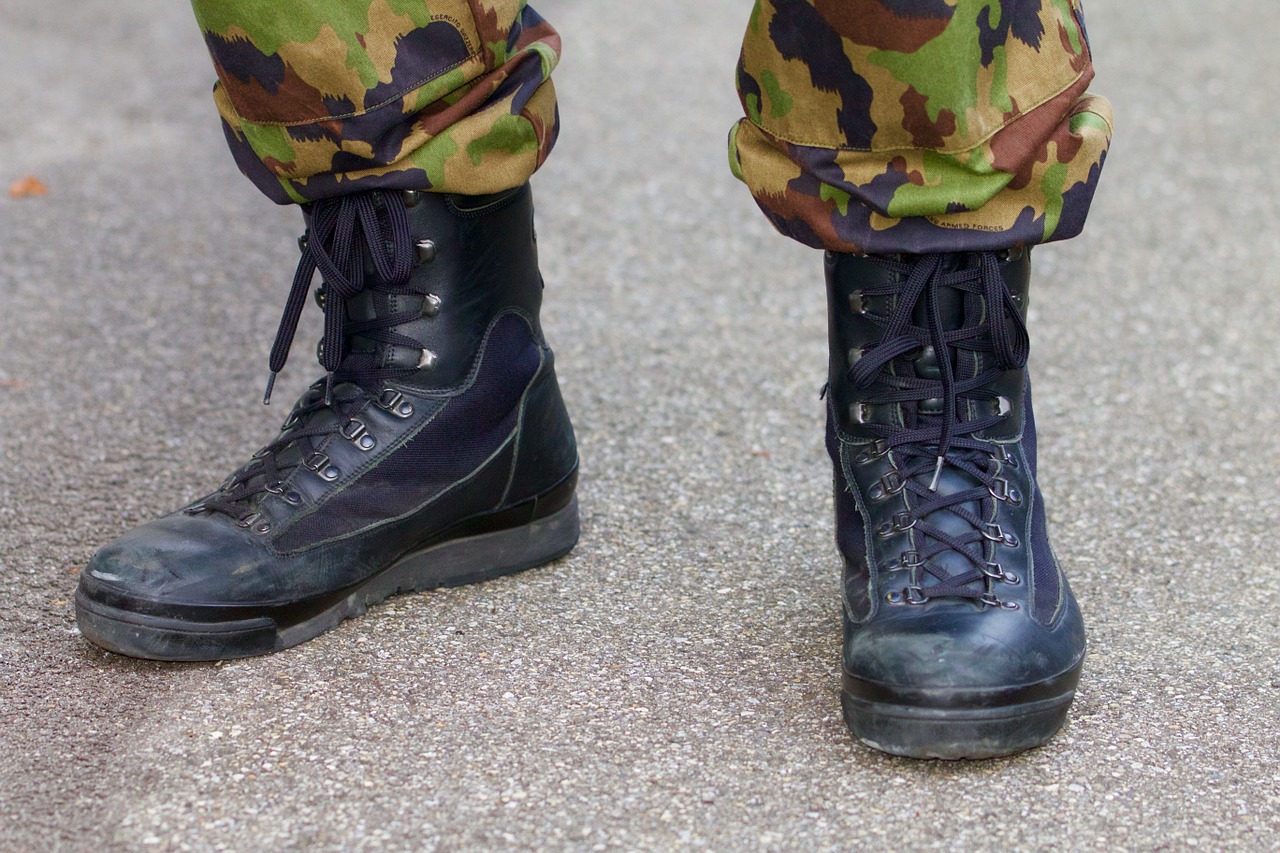 We have all experience with at least one pair of shoes making a squeaking noise while walking in a quiet hallway, grocery...
14 Mar 2022
102333
Categories
Sign up