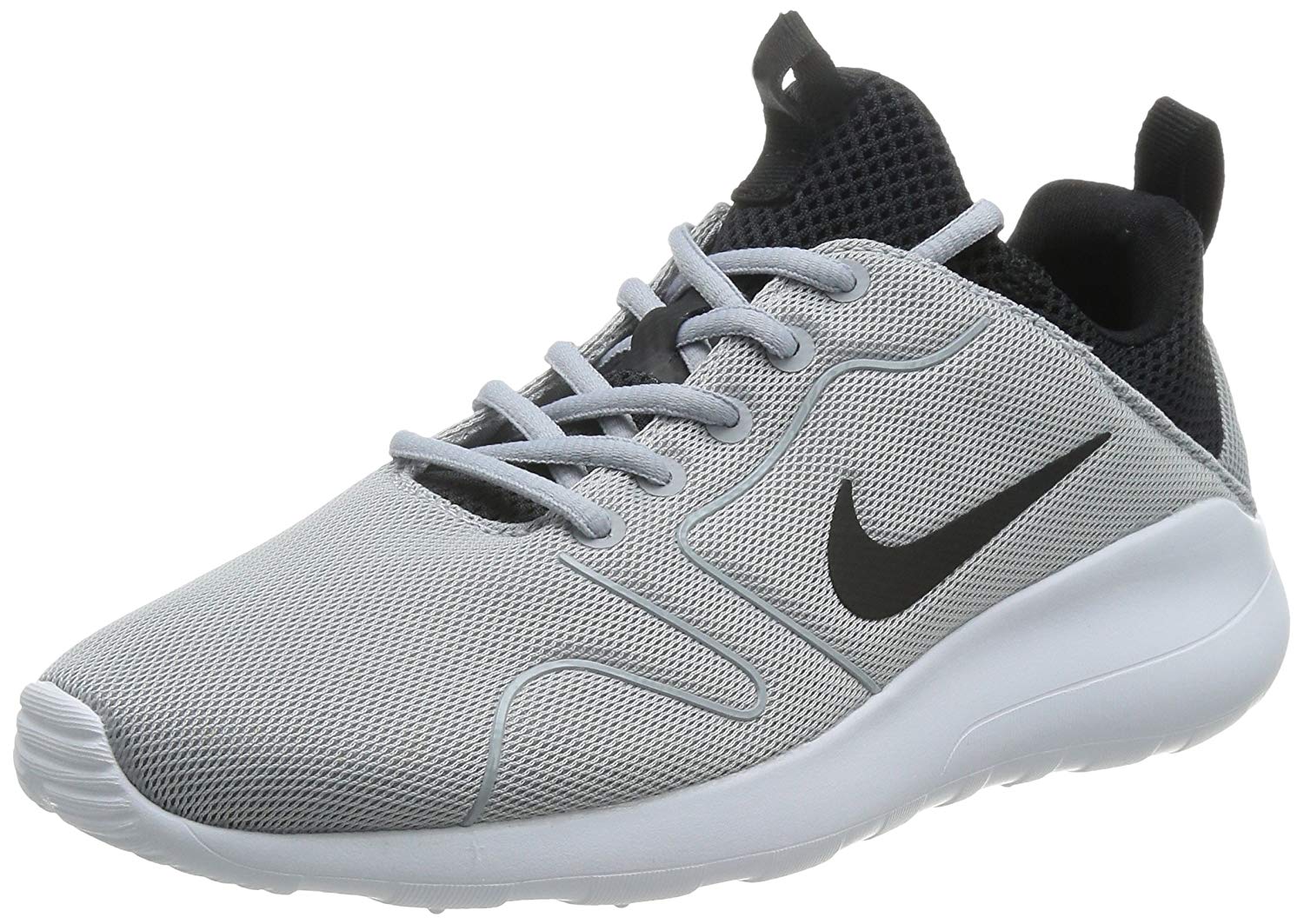 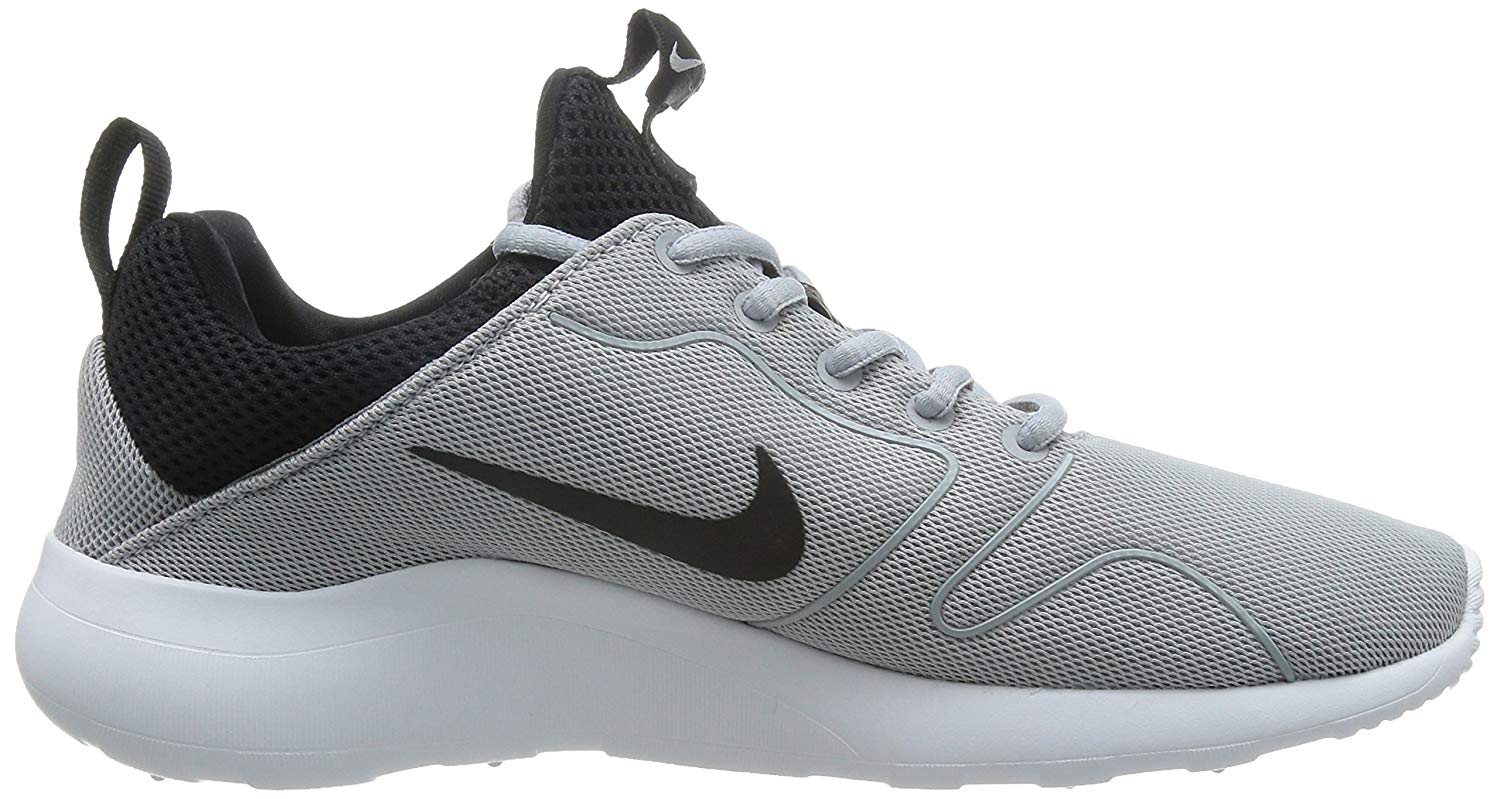 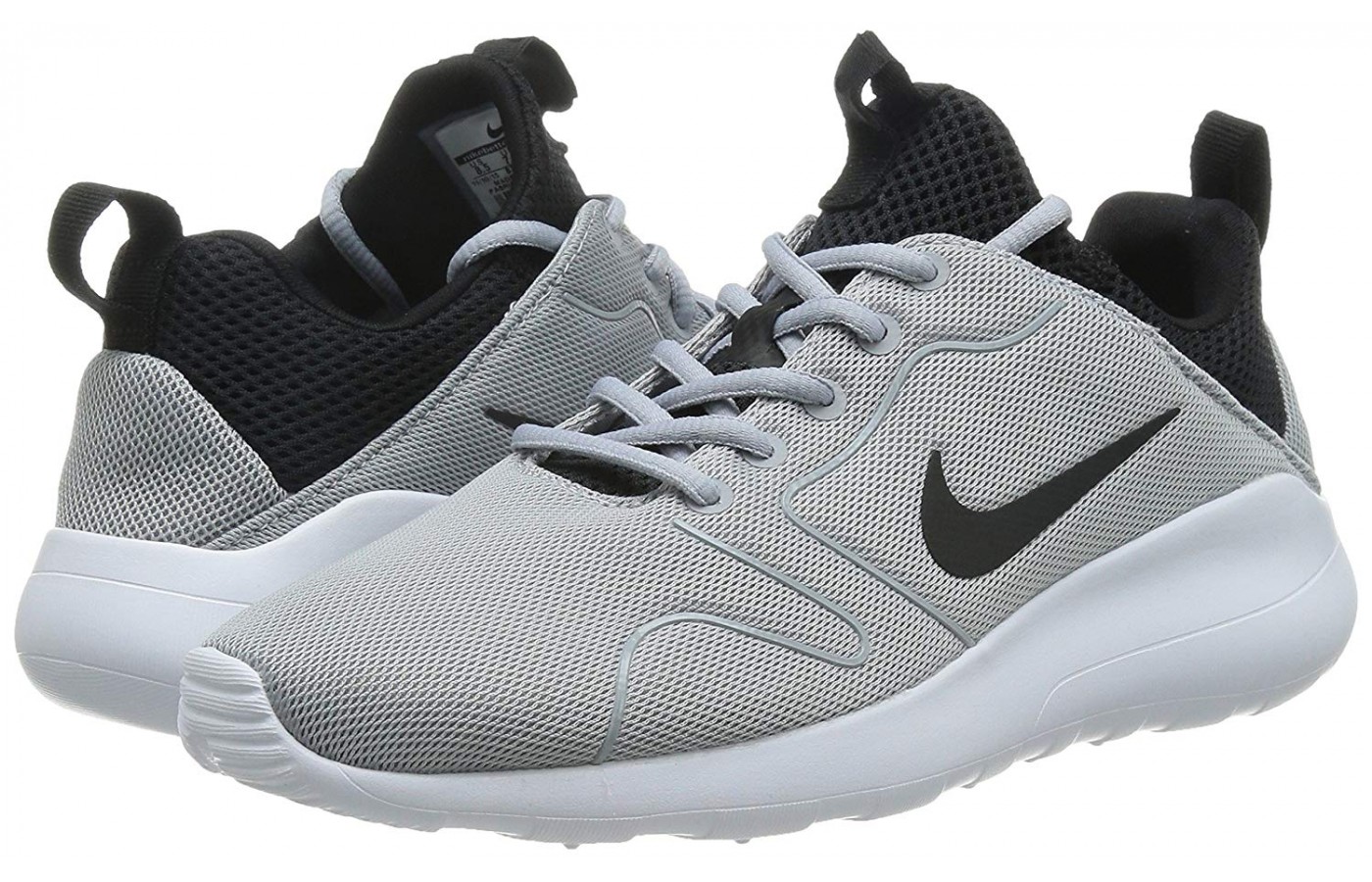 The Nike Kaishi 2.0 has widely been claimed to be one of the more comfortable shoes that Nike has produced in a very long time. Why is this? Why is this shoe viewed as something that provides long-lasting comfort; the comfort that goes far beyond that which is received by the more-expensive shoes. This shoe is one of the best, and affordable shoes that Nike has created in a very long time. This is because of the technologies that are included in its design, as well as the way these various technologies come together.

As is standard in several different Nike running shoes, the outsole of the Nike Kaishi is made of a durable, hardened rubber. The rubber in this area of the Kaishi keeps the shoe from experiencing higher than average slippage, which is a great thing for a running shoe. The rubber appears to appear in rubber chunks meaning that it’s sectioned off in various different parts; this sectioning off helps in the area of flexibility, as well as stability. Another thing that’s standard in the design of almost any shoe is that the outsole of the Kaishi features that usual Nike logo in the furthermost region of the heel area.

This shoe doesn’t fall into the area that would require for it to have a midsole made of Nike’s higher-end foam. That isn’t to imply that these are lower-end shoes, rather that they just don’t need the Lunarlon or other high-end Nike foam. A Phylon midsole is just what this shoe needs in order to function for the period of time that they need it to. Phylon is known for it’s cushioning ability and is one of the reasons why this shoe provides the comfort levels that wearers have praised this shoe for having.

If you want a shoe that will slide over your foot and provide the highest level of comfort imaginable to every single part of the foot, it’s probably best that you look for a shoe with a seamless upper. The upper of the Kaishi 2.0 is seamless and designed from a mesh material. It features ample cushioning in both the heel and ankle regions which allows it to comfort the foot in a way that’s unseen on various different shoes like it. Along the side walls of the Kaishi 2.0, Nike made sure to include their traditional Nike swoosh as well. To make removal something of a breeze, it was imperative that Nike made sure to add a pull-tab; this pull-tab also works wonders if you’re having a bit of trouble putting the shoe on.

A shoe is typically not considered one of the most comfortable shoes in the world if it has a design that can be felt during use. People typically want something that feels like a dream along the foot. With that being said, while the weight of the Kaishi 2.0 hasn’t been specified, this shoe does feel very lightweight. This feeling can be said to be caused by the use of both a single-layer foam material in the midsole of the shoe, as well as a mesh upper layer in its design.

When it comes to airflow, almost nothing beats that which is provided by a mesh upper. The design of the Kaishi 2.0 features mesh upper and provides wearers with an entirely ventilated feeling when used. Since this is a running shoe for all intents and purposes, it makes sense for it to also be a relatively breathable experience. Another thing to take note of it the fact that both the heel and tongue of this sneaker are ventilated; this indirectly ensures that airflow isn’t a problem. The shoe’s inner lining also goes that extra step to provide wearers with the moisture-wicking feel that they’ll likely need when the shoe is worn.

Here’s the section in this review that everyone was likely waiting on, the one that discusses the shoe’s comfort. The Nike Kaishi 2 is said to be one of the more comfortable shoes in the Nike arsenal and for good reason. For starters, this sneaker makes use of the Phylon cushioning in it’s midsole which allows it to provide it’s wearers with the feeling that the various curves of their underfoot are protected. In addition to the cushioning provided by the midsole, the shoe features a removable insole which also enables it to provide the utmost levels of comfort to the wearer’s underfoot. A good thing to make note of is the fact that this insole material is removable and can easily be replaced with one that is more to your liking. In addition to this, the design of the upper and the mesh that it makes use of is a single piece of fabric. The new-sew design had to be mentioned for the simple fact that it does less to irritate one’s skin when worn.

The style of the Nike Kaishi 2.0 is one that will likely blend with any clothing article (aside from dress clothes. Don’t wear these with dress clothes) that you try to pair them with. Again, this also depends on the particular colorway that you decide to purchase as well; since there are various colors to choose from, this shouldn’t be a problem. The slim cut of the shoe, as well as the lack of an overwhelming number of graphics, gives the Kaishi 2.0 what it would need to actually be called stylish. While the shoe is very far from being considered a head-turner, it will definitely look very cool while on foot.

One need not worry about the rubber sole unit this sneaker and the chances that it wears out, it won’t. All of the materials in this shoe have been said to last for upwards of 400 miles, which is nothing short of amazing considering how lightweight these shoes are. However, it is fully believable simply considering the make of the entire shoe. For instance, as mentioned, the rubber in the sole unit of the Kaishi 2.0 has rubber pods in place; this material won’t wear down too quickly during use, that’s for sure. In addition to this, the mesh upper has a high tensile strength and won’t cause any worry as to it’s ability to abstain from ripping.

The protection that the Kaishi 2.0 sneaker provides comes in the form of features that one typically doesn’t even think about on a regular basis. The flat laces and the ease with which they can be tightened keeps the foot feeling secure while these shoes are in use. In addition to the features that the lacing in the upper of the sneaker provides, the grip provided by the sole unit keeps wearers on their toes during their time in use.

For a running shoe such as the Kaishi, responsiveness is one of the things that is somewhat non-negotiable. It’s a good thing that the midsole of the shoe features a Phylon foam; this material is known for providing wearers with an adequate level of energy return during their time in use. Nike made sure to add a bit more of the material in the heel of the shoe; this gives the Kaishi a forward-moving feel. That forward-moving design propels a runner basically, forward, making the shoe something of a beast when in actual use.

Both the Phylon in the sole unit, as well as the insole, provide wearers with what they need in terms of support. The sheer thickness of the Phylon in the midsole of the shoe is one of the major contributors to the sneaker’s ability to provide wearers with any level of support. In addition to the innate ability of the material to provide support to wearers, it’s also styled in such a way as to allow it to fit directly in-line with the features of the underfoot. The insole acts as a support to the support provided by the midsole of the shoe; the added coverage gives this shoe what it would need in order to fully provide adequate support to wearers.

These shoes can be used anywhere but on trails. The hardened rubber material in the outsole and Nike’s strategic sectioning off of the material enables it to provide wearers with what they need in terms of functionality when used on those terrains. A cool and somewhat surprising thing about the outsole of this shoe is that it doesn’t attract rocks when in use; considering the sectioning that Nike did with the outsole, it would make sense for it to do so.

I already hinted at this in a previous section but, the price of this shoe is somewhat low; in fact, it can be considered downright inexpensive. The affordability of this shoe is only accentuated by the fact that the material has such a high level of both comfort and functionality. This is turn, is where the value of this particular Nike model comes from. The fact that it has such a minimal and versatile design allows it to be worn in various places (this also pairs with the right colorway); for the price, you are very unlikely to be able to find a shoe with features such as these.

The rubber outsole of the Kaishi and the way in which the materials in it’s design are placed, allows this sneaker to provide an amazing level of grip to the foot of the wearer. The shoe features rubber pods that run the length of it’s design; the rubber pods actually work to give the wearer all that they would need in terms of grip and aid in providing the next section of this review. Something that I thought was somewhat interesting regarding the outsole of the shoe was the fact that along the outsole of the shoe, there are also mini-pods (sounds weird right?); these pods actually seem to boost the functionality of the outsole on this shoe.

A shoe with a mesh upper is bound to provide an adequate range of motion to the foot. With that being said, the upper on the Kaishi 2.0 is designed from a thin layer of mesh which enables the shoe to provide the ease of movement necessary to feel truly comfortable while the in use. An added quality of the sectioned rubber outsole is that it aids in the upper’s efforts of providing wearers with what they need in terms of range of motion. When looking at the outsole of the shoe and the rubber pods, it’s pertinent to pay attention to their size; the fact that they are a bit larger than the pods on similarly soled shoes allows it to provide the higher than average range of motion that it does.

If you look closely at the outsole of this shoe, you will notice that the heel makes use of wide split in the pod design, this serves as both something that enhances flexibility and increases stability. The design increases stability due to the fact that it evenly distributes one’s weight across the sole. Another major contributor to the sole unit’s ability to provide the wearer with a high level of stability is the firmness of its outer walls; they don’t cave in as pressure is placed onto them, which is a good thing as well.

The drop of the Kaishi 2.0 is roughly 8mm. This drop is about average for a shoe of the Kaishi’s design and greatly improves the functionality of the sneaker itself. The drop is actually what gives this sneaker the forward-propulsion design that it has.

In all, this shoe is basically a steal. It has the comforting features necessary for it to provide wearers with what they need to wear it for long periods of time as well as a highly porous upper. This is a shoe that not many would want to miss out on purchasing and for the price would be hard to regret buying if done. If you’re looking for a low-priced shoe with a decent level of quality, the Kaishi 2 is probably your best bet. 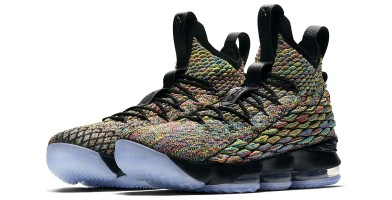 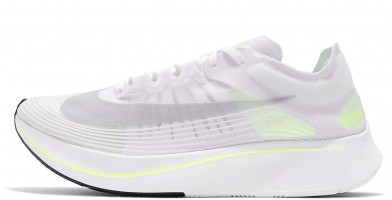 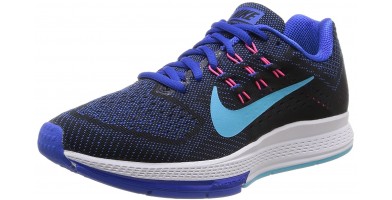