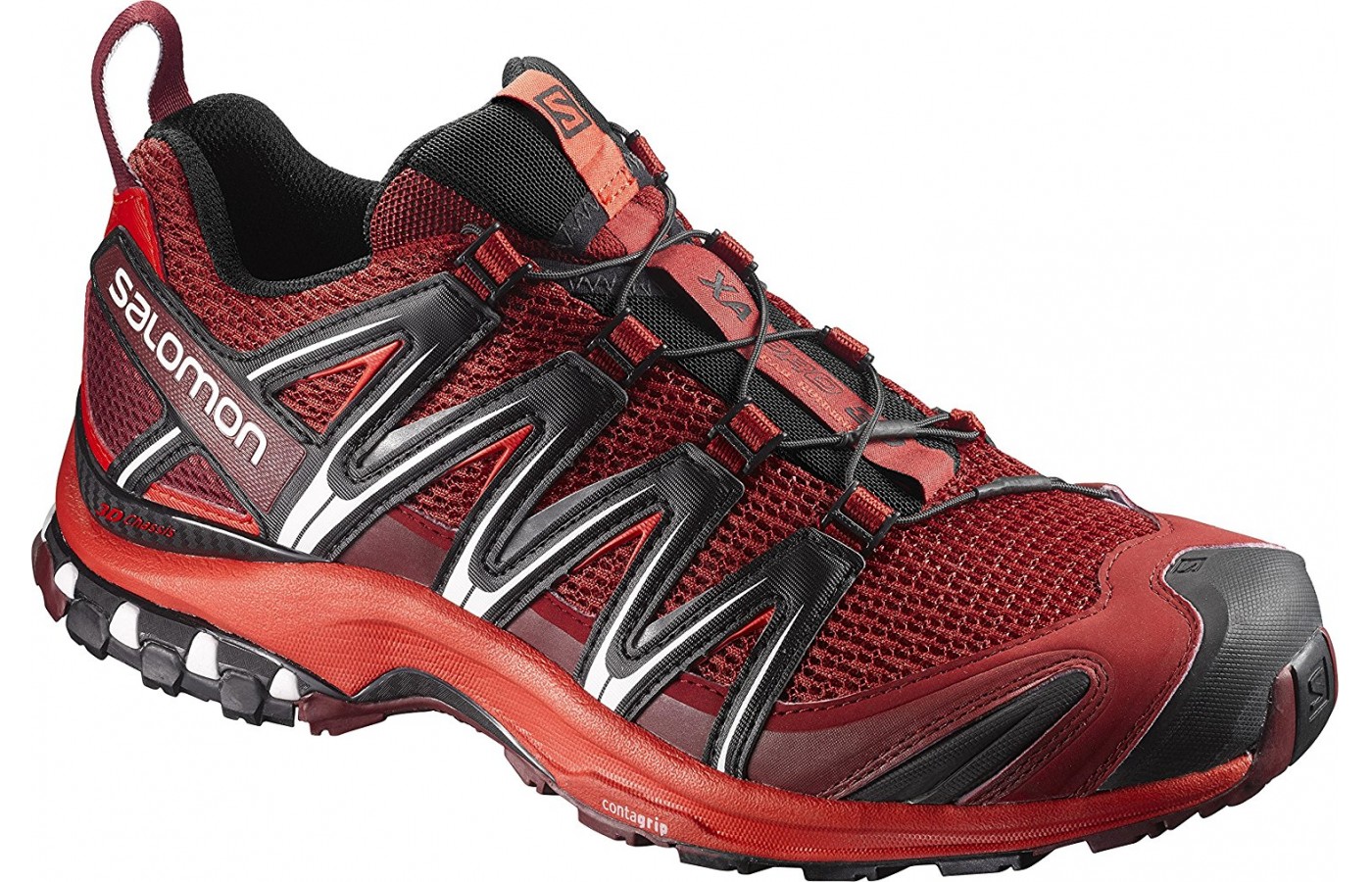 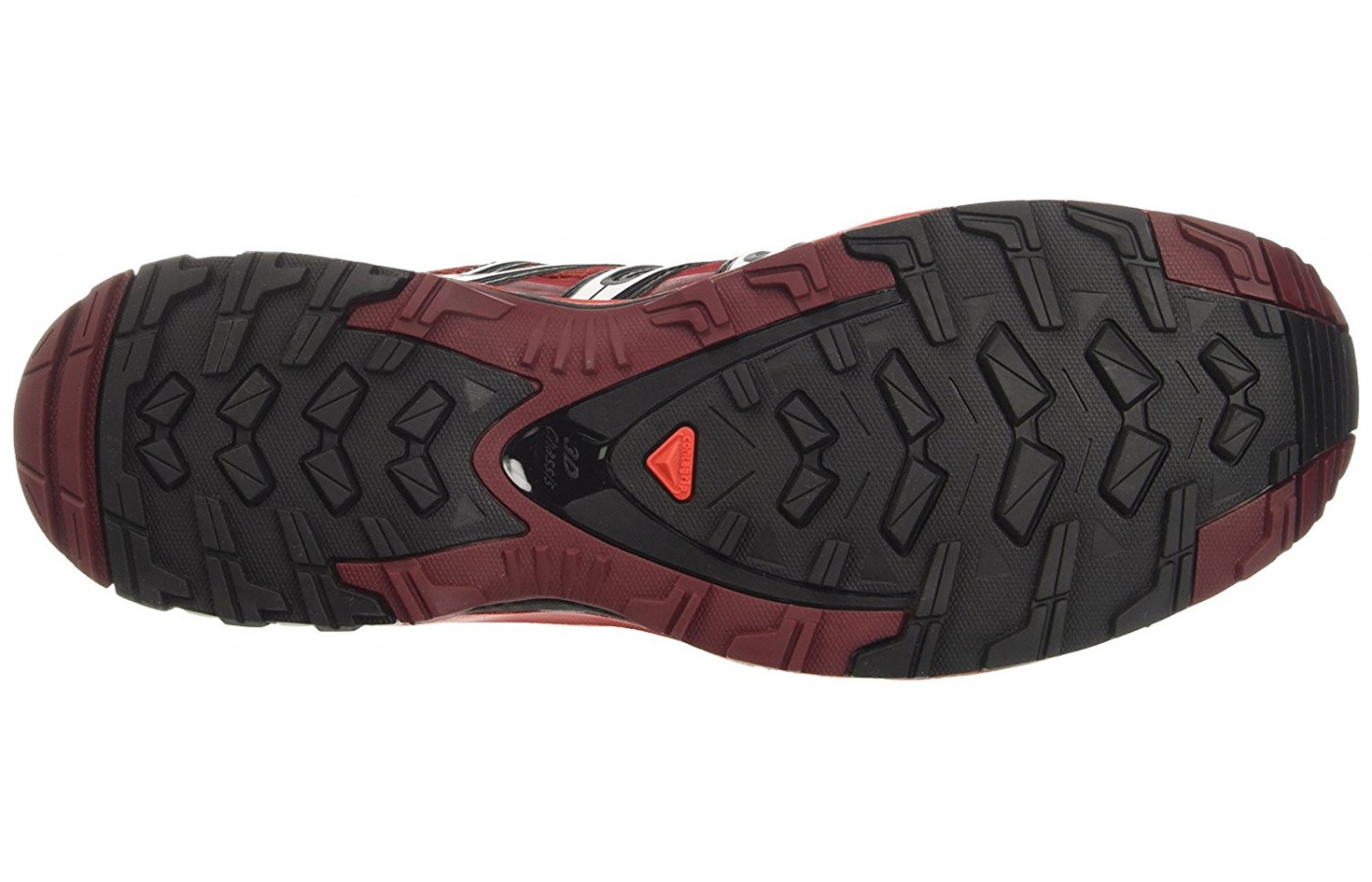 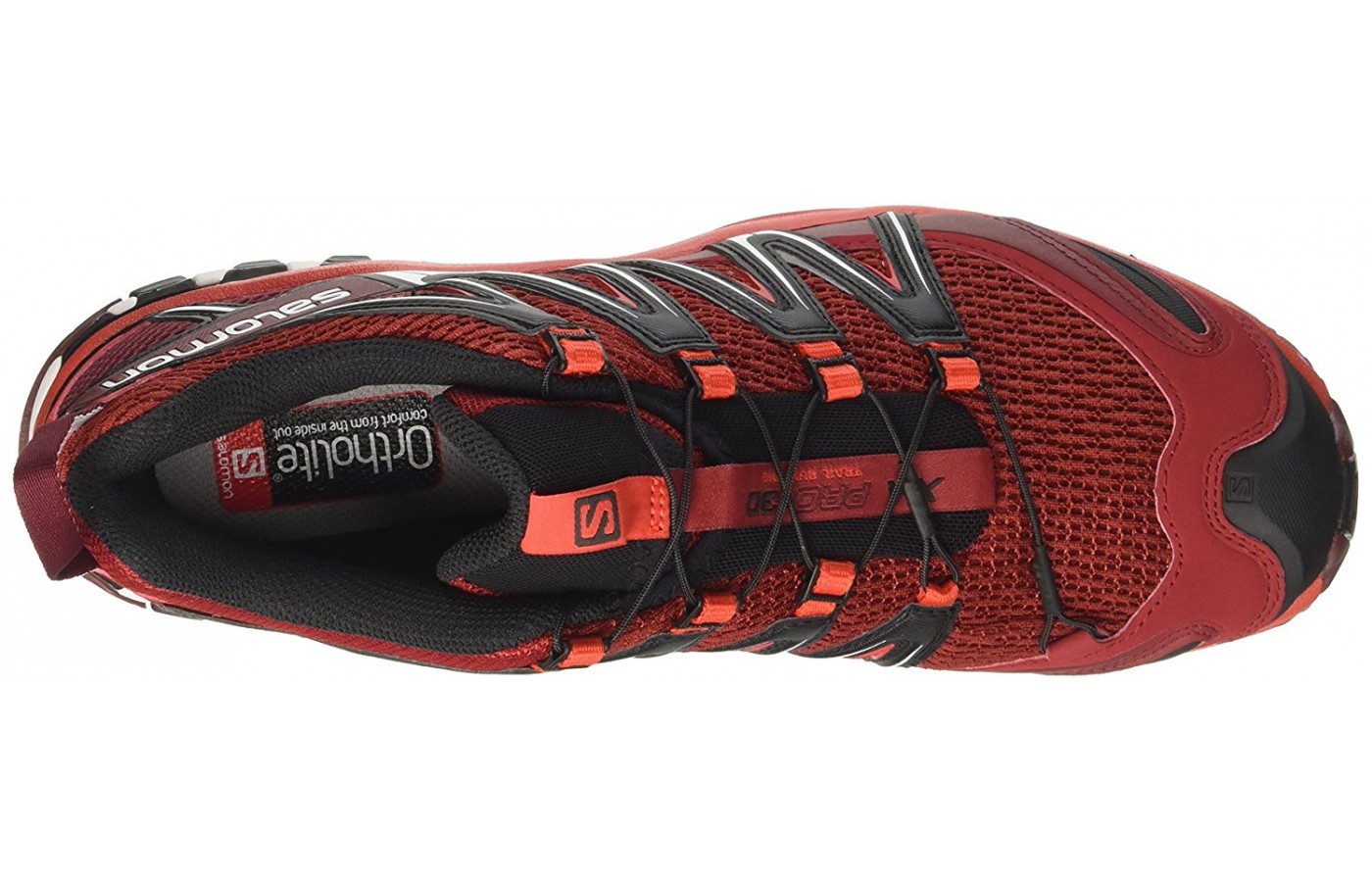 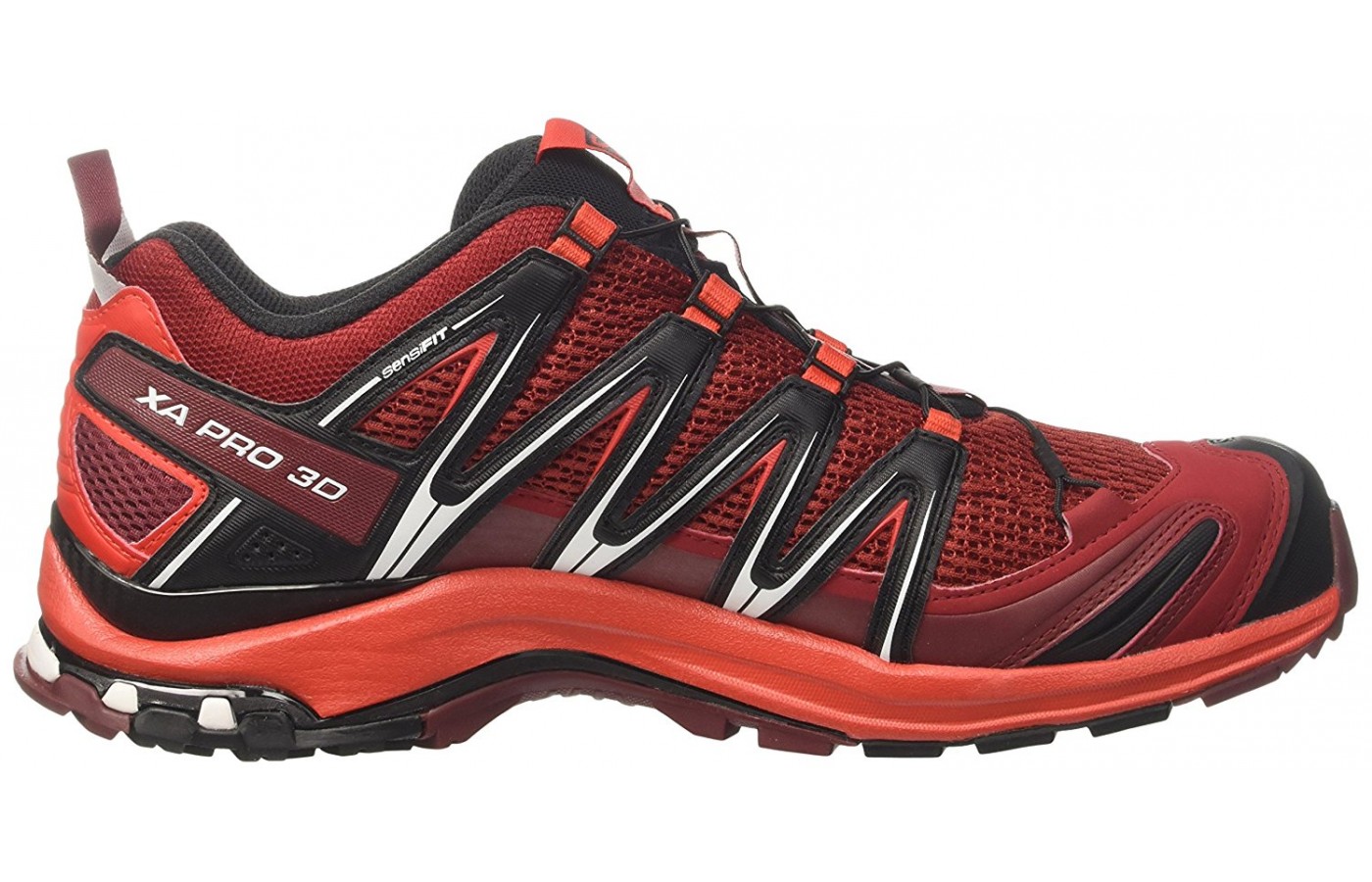 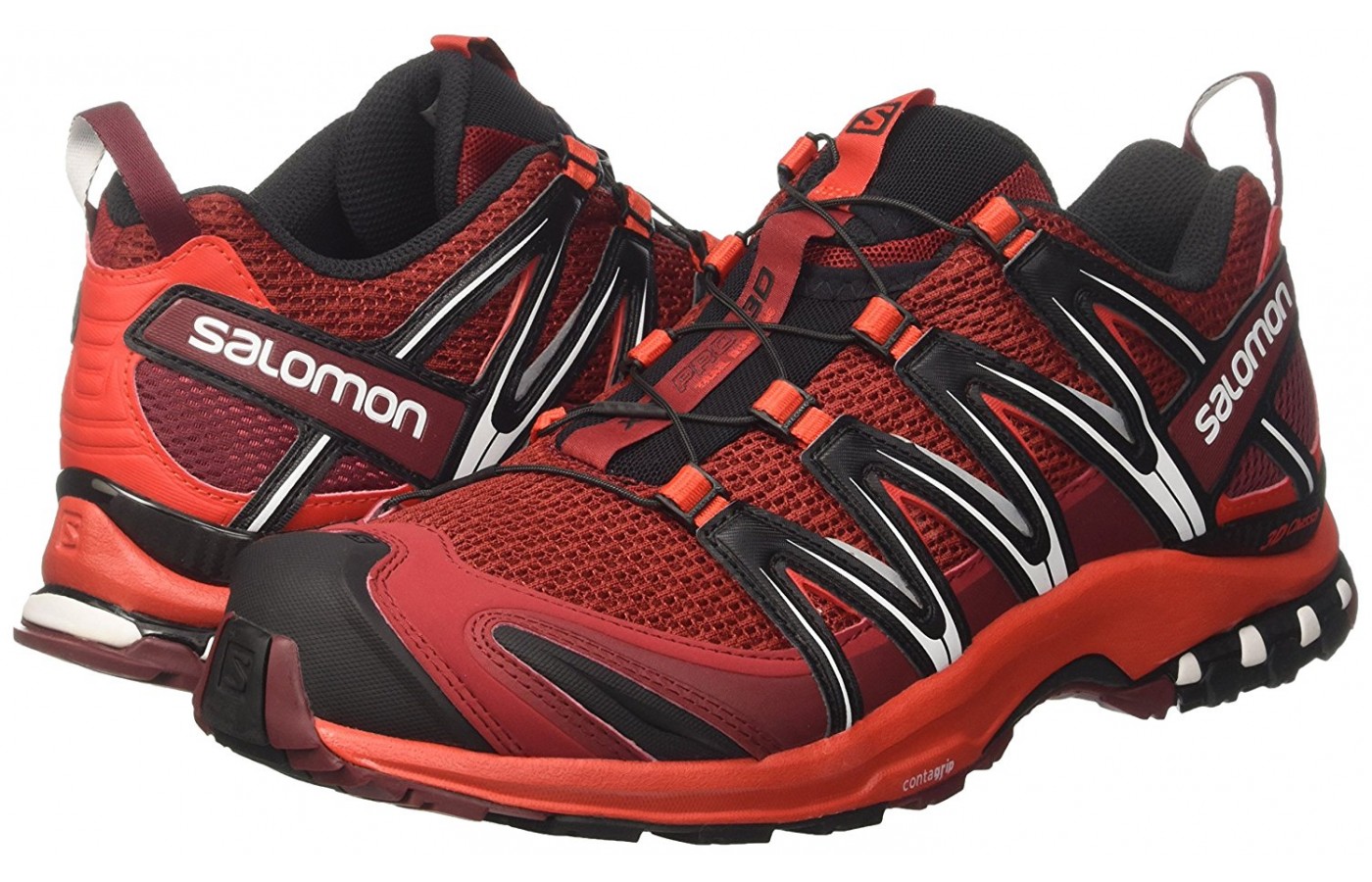 8.9
8.9 score
(WalkJogRun) score (8.9)/10
Our WalkJogRun score is based on 3 different factors: Editor's rating after in-depth testing. User ratings submitted on this page Overall score from the "reviewmeter" based on reviews across the web the weight of each factor is: 40% editor rating 15% user ratings 45% reviewmeter.
0
Editor rating: 8.6 / 10

When it comes to trail running shoes the Salomon XA Pro 3D goes above and beyond by filling all of their basic needs and then some. The shoe features an extra thick sole unit, which, when used on the trails that it is designed for doesn’t take away from anything. The shoe, being designed for trails, also features several technologies that allow it to perform with a high level of efficiency while in use.

Positive
Read more
Negative
Read more
Reviewmeter
The Reviewmeter shows you an overall score that you can easily refer to. The highest rating is 10 (100% positive feedback)
Of the 860 reviews we found in total, 13% were negative, and 87% were positive.
8.7
1
5
10

The outsole of the Salomon XA Pro 3D was designed with a level of thickness that makes it appropriate for use on trails. The shoe features an outsole designed from Contagrip rubber, which allows the shoe to achieve a high level of grip while in use. To aid the shoe with this function, Salomon gave the outsole unit of the shoe various lugs which added a higher level of grip to the shoe. On top of these things, the thickness of the outsole unit prevents seepage, allowing the shoe to be worn in both wet and dry conditions.

The midsole of the Salomon XA Pro 3D is made from full-length EVA foam. This feature of the shoe allows it to provide the wearer with ample cushioning during use. The cushioning used in this portion of the shoe is also relatively dense, adding to the responsive nature of the material. On top of this, the material is also able to achieve a high level of flexibility. This is done despite the dense, thick cut of it, honestly making it amazing. The midsole of the shoe also features a rock plate that is there to serve as protection for the wearer’s foot. All in all, the design and cut of the sole unit, allows for both a decent level of flexibility and durability while in use.

The upper of the Salomon XA Pro 3D is cut in such a way as to promote the shoes overall breathability. The upper is designed from a blend of both leather and mesh. This allows the shoe to retain a high level of durability without adding much in the way of weight to this portion of the shoe. On top of this, the shoe is fitted with Salomon Sensifit technology which enables the shoe to provide a snug fit to the wearer while in use. Due to the shoe’s heavy duty nature, Salomon saw that it was fit to add an Ortholite sock liner to the upper. This allows the shoe to retain a decent level of airflow and prevents the wearer’s feet from getting overly sweaty while in use.

In terms of weight, the heavy duty design of the shoe and the material used throughout add a decent amount of weight to the shoe. The shoe features a thick overall outsole made from hardened rubber. The hardened rubber material, while it’s durable and gives the shoe a decent amount of durability, is on the heavier side. The hardened rubber material of the outsole of the shoe coupled with the upper and the various coverings explains why the shoe weighs in at 14.5 ounces. That being said, the design of the shoe aids in the overall feel while running, making the weight almost unnoticeable.

One thing about the cut of this shoe is that it isn’t the most versatile or aesthetically pleasing. The heavy-duty design of the shoe prevents it from being worn casually, which is something that most wouldn’t consider in the buying decision mainly because of the functionality of the shoe. The shoe does come in a variety of colorways which does give it a decent amount of versatility in a certain respect. The lacing of the shoe and their effortless functionality gives the shoe a sort of up-to-date look and adds to the shoe’s aesthetic appeal.

The upper of the Salomon XA Pro 3D is designed in such a way as to promote protection for the wearer’s foot. The shoe features protective coverings on both the heel of the shoe and in the toe region. On top of these areas, the shoe has also been given a few plastic coverings on the side of the shoe to aid in the level of security that the shoe gives to the wearer. These features allow the shoe to give the wearer a decent level of security and protection while the shoe is being worn. The thick sole unit of the shoe provides a protective layer between the rough terrain and the bottom of the wearer’s foot.

The fit of the Salomon XA Pro 3D allows for a decent level of responsiveness to be given to the wearer while the shoe is being worn. The shoe features a mesh upper with Saloma’s lacing technology. The make of the upper along with the fit provided by the lacing of the shoe allows it to quickly react to the movements of the wearer’s foot. Despite the shoe’s bulky design this affect is achieved quite easily. The sole unit, despite being a thick layer, allows for a decent range of motion; when considered along with the lugs on the outsole, the sole unit allows the shoe to give a seamless ride to the wearer.

The upper and sole unit of the Salomon XA Pro 3D does a decent job of providing the wearer with support in various areas of the shoe. The upper and the multiple coverings placed throughout is relatively sturdy and provides a decent amount of support for the heel and sides of the foot. The heel of the shoe has been given an ample amount of cushioning further improving the support provided.

Salomon decided to make the XA Pro 3D more affordable, which is great. The materials and technologies used throughout the design of the shoe signal the value that is present throughout. Also, when comparing the shoes' overall durability and gripping abilities to their leading competitors and the prices that are charged for them, this shoe just can’t help but stand out. Overall, the features of the shoe and the effort that was placed into its overall design makes the Salomon XA Pro 3D a winner in terms of budget-friendly running shoes.

The outsole of the Salomon XA Pro 3D promotes grip primarily because of the design that was used for it. The shoe features a hardened rubber outsole fitted with rubber lugs which allows the shoe to effortlessly provide a decent footing for the wearer while in use. The lugs themselves are the main reason for the high traction of the shoe; designed from hardened rubber the material aids the shoe on the rural trail surfaces that they are primarily worn. They dig into the surface and find places outside of the initial sole unit’s reach.

The mesh upper of the shoe, despite being relatively bulky, is actually quite flexible. The cut of the mesh on the upper of the Salomon XA Pro 3D is thick enough to prevent extensive damage to be done the wearer’s foot but is also quite malleable in its ability to conform to the wearer’s foot. This enables the shoe to flex quite easily during use and give the wearer a somewhat natural feeling overall. The sole unit, despite its thickness, also functions in this way and bends to the movements of the wearer’s foot while maintaining its rigidity.

The Salomon XA Pro 3D features a drop of about 10mm. For a shoe of its caliber, this is relatively normal and does nothing to hinder the ride of the shoe overall. The heel-to-toe ratio of the shoe is caused by the thick sole unit; the heel portion is slightly more elevated because of the extra cushioning that was placed in it.

Overall the design of the Salomon XA Pro 3D is one that promotes both comfort and durability. The materials used throughout the design of the shoe allow it hold up relatively well during extended periods of time. The technologies that Salomon has placed throughout the upper of the shoe allows it to provide a decent level of functionality to the wearer during use. Overall, the design is one that is somewhat above standard, great job Salomon. 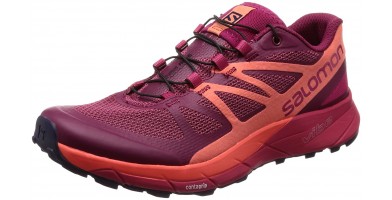 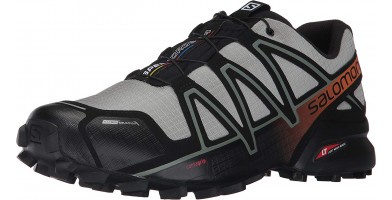 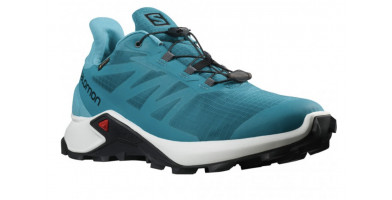