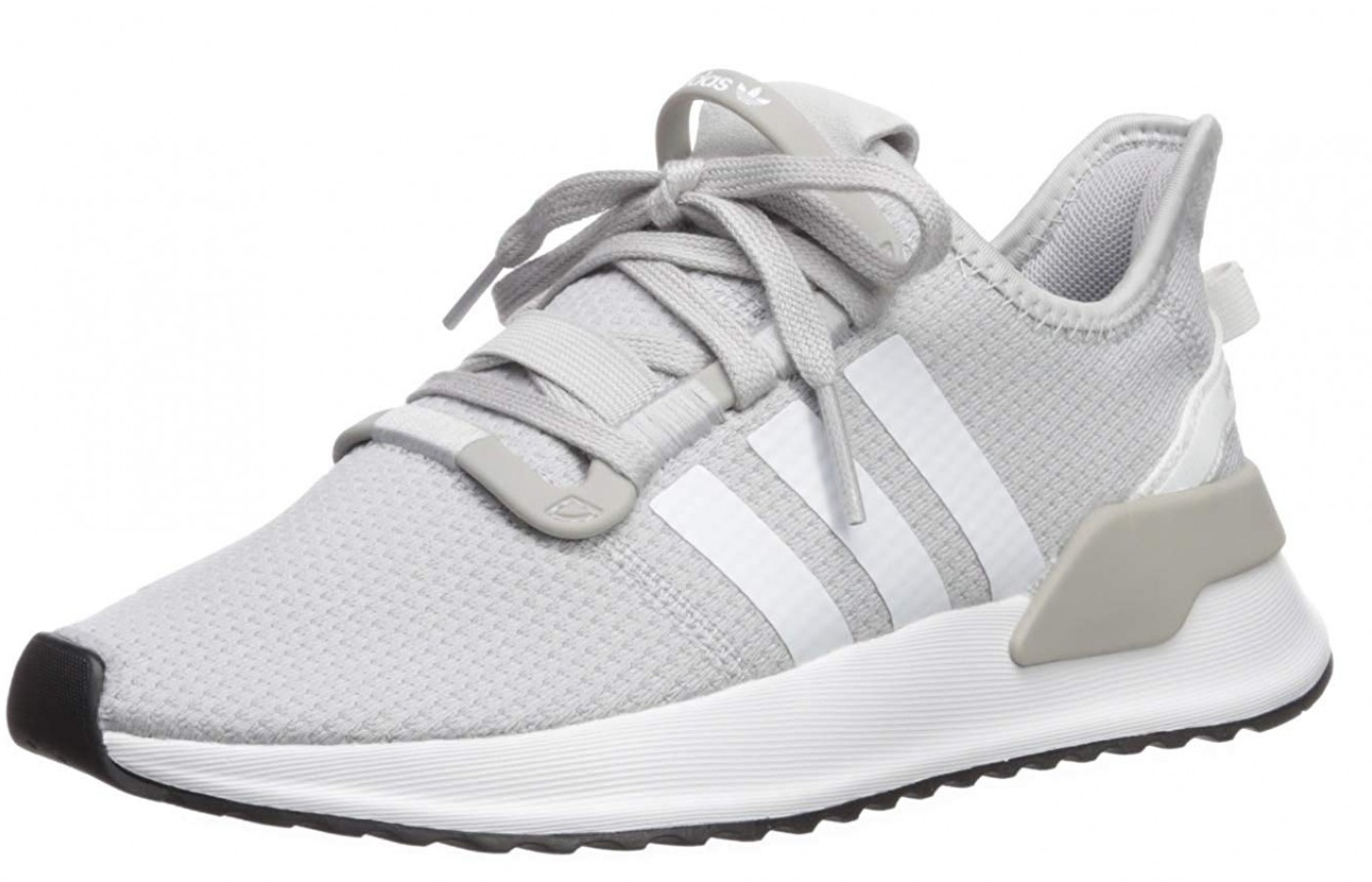 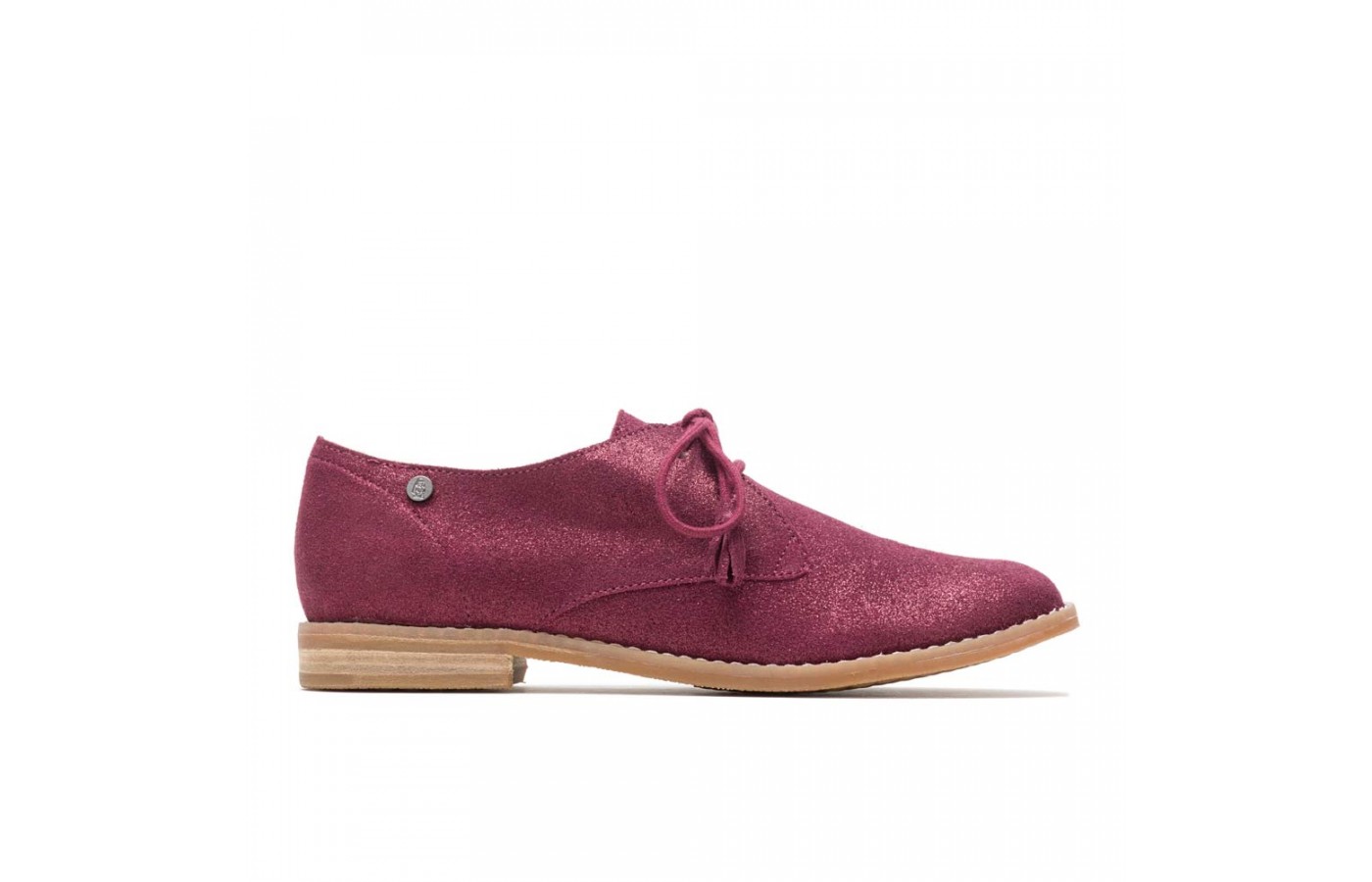 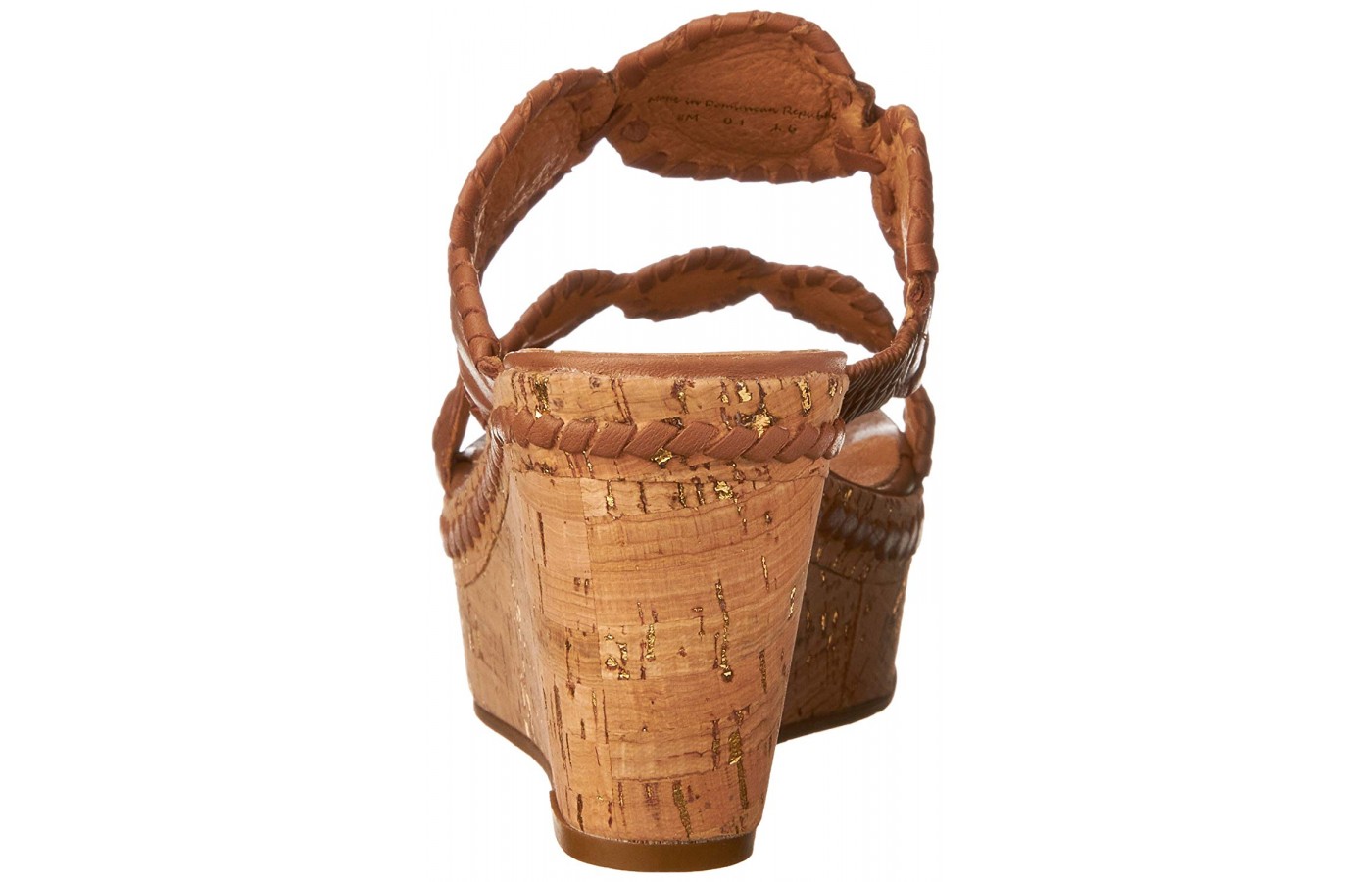 Let’s start this review with some interesting Adidas trivia. Let’s look at the famous and simplistic Adidas logo. The company is known for having three stripes in their logo.  Even the company’s founder Adolf Dassler described Adidas as "The three stripes company" but do you know the whole history behind that logo? Those three parallel lines?

Well, back in 1949, the Finnish sports brand Karhu Sports sold the three stripe trademark to Adidas for what today are the equivalent of €1,600 Euros and two bottles of Whiskey. Yes, that’s right. One of the most famous logos in history is an acquired logo, and that purchase cost Adidas a measly 1600 Euros and 2 bottles of Whiskey.

But now, in the 201st century, the Three Stripes trademark was even referenced in Lady Sovereign’s song Hoodie, and reportedly she’s a huge fan of the company till this very day.

However, the subject of this review is Adidas U Path Run sneaker, and hope that you’ll enjoy it.

Woven elastic heel tab on back of heel

Narrow in the toe area according to customer reviews

Runs half a size largee

The outsole may be made from the good old fashioned rubber, but it does have a little upgrade in the back, that makes this shoe so comfortable. But let’s start from the very beginning. Depending on the model of sneaker that you’ll choose the outsole will come in monochromatic color tied with the upper, or it will come in color blocking palette from the upper. Adidas offer several versions, and the outsole can differ in the color form the upper, but it can also blend in with the rest of the sneaker. The outsole is made from durable rubber that makes the sneaker not only high in quality; it also makes them highly comfortable for running and for everyday use. But there’s something very interesting in the back of this sneaker. At the back of the outsole, there’s a rubber heel cup that just makes things easier for the person that’s wearing the shoe. You can position the hand (especially the fingers) on that cup and you can pull off (or pull in) the entire sneaker without damaging the upper or the outsole. That heel cup will work wonders for you and at the very least keep the upper of the sneaker clean. You’re going to love that little rubber cup.

If you thought that the outsole is functional, wait until you read about the things that can be found in the midsole. There are plenty of goodies so pay attention. You’d think that the very practical and lightweight EVA midsole is the star in the midsole, but no. She’s very supportive addition to the midsole and very comfortable as well, but wait until you read about the Ortholite technology that works side by side of that EVA midsole.

Right in the center of the midsole is the cushioned footbed infused with Ortholite technology. Now, what’s exactly Ortholite technology you might ask? Well, it’s footbed made from the eco-friendly company Ortholide. Their technology has been revolutionizing the design of footbeds, and they offer long term cushioning with a high level of breathability, that’s also lightweight, washable and eco-friendly.

So, by wearing the sneakers, you’ll get more than just a comfortable shoe. You’ll get a running shoe that will change your entire outlook on shoes.

Where to begin with the upper? First of all, it’s beautiful just to look at. Secondly, soft mesh textile hugs the entire upper in an elegant and very stylish way. Most of the upper is solely in one color, but the stripes that make the logo are always done with a different color, in order to differentiate the logo to the texture of the upper. But speaking of the logo, a synthetic three stripe logos can be found on sidewalls of the sneaker. The suede logo detail can be found on the tongue of the sneaker, and speaking of the tongue of the sneaker, both the tongue and the collar of the sneaker are also padded for extra comfort and security throughout the entire shoe. You’ll definitely feel the benefits of that padded collar and tongue when you’re running. A beautiful unique rubber lace-up closure at the front of the sneakers give them a modern touch, and that particular innovative lacing system is not only visually appealing it’s also practical for the everyday wearing of the sneakers. The laces of this particular system are not to be tied, but they sit comfortably and they adjust to the movement of the feet.

Soft textile interior hugs the inside of the sneaker, and it allows your feet to glide effortlessly within the sneaker, without the added pressure of rubbing from the surface of the sneaker. Rubbing could cause blistering and injuries, and nobody wants that. Regardless if you use the Adidas u path run for the running of for your everyday lifestyle, comfort is of the essence in every inch of that sneaker.

In terms of comfort, this is one of the best models that Adidas has to offer. Comfort is extremely important when designing a running sneaker, but for Adidas it’s a promise that they’re keeping with every model. But in the Adidas u path run sneaker, the comfort comes from several areas. The soft breathable mesh in the upper attributes to most of the comfort, and that’s also the case with the incredibly cushioned footbed infused with Ortholite technology. Fueled with innovation the eco-friendly technology used in the making of that footbed appealed to Adidas and decided to partner with the Ortholite company in order to produce one of the most comfortable running shoes known on the market.

Just like in the comfort segment, the support also comes from several places and that’s included the top and the bottom of the shoe. The extra durable and comfortable rubber outsole topped with the rubber heel cup bring out the support in an understated way. The outsole is very lightweight and comfortable while running in great distances, and the heel cup just makes things easier for the person wearing the shoes. Thanks to that cup at the back of the sneaker, the coming of and putting on the shoe is less of a chore, and more an effortless three-second motion.

Oh, that rubber outsole. It’s nothing like it. The durability that it adds to the sneaker is immense and the durability is even felt through the padded tongue and collar of the show. The padding in these two areas really protects the shoe from outside influences and makes the shoe more durable.

Running shoes are supposed to be flexible right? Well, that’s true, but only the true greats among the footwear models really live up to that standard. Thankfully the Adidas u path run sneaker is one of the most flexible models on the market and flexibility is high while wearing this sneaker. Your feet can bend and stretch during the grueling hours spent on the treadmill, even despite the padded midsole and cushioned footbed. They’re there to give support, but they don’t take away of the flexibility of the shoe. No, the midsole is one of the most flexible parts of the sneaker, and the very same can be said about the soft textile used in the upper and the rubber outsole too. You’d be surprised but the flexibility of this sneaker and the best way to test that flexibility is to start running.

It’s amazing what padding can do to a shoe, and especially to a running shoe. But the padding is not limited solely to the midsole section of the sneaker. No. The Adidas u path run sneaker has a padded collar and a padded tongue. All of the padding featured in the sneaker balances out the grip and allows the stability to be in high gear with every step that you take. You’ll be amazed by the amount of stability in this sneaker, and what it can do for your balance.

The soft textile mesh upper is the key star in this department, really. The mesh aerates the entire foot, and it helps with maintaining the feet dry in every occasion. Look, running is never easy. Your entire body is sweating, and you can imagine what it must be like for the feet crammed into socks and then into the sneaker. But if not of the socks, a good sneaker can help things along when it comes to the airflow in and out of the shoe. Air filtration is extremely important as it prevents the moisture and the odor to stick to the skin. And nobody wants that, but not every shoe can prevent that. Adidas knows about that and with the delicate but very practical upper, the sweat, and the odor will be a thing of the past.

Again, because this is running shoe, the running part is not restricted to any type of terrain. Whether you chose to run in your neighborhood park, or on the treadmill at the gym, running is always running. Regardless of the terrain. But his sneaker is equipped to withstand plenty of rough terrain without damaging or tearing in the outsole. The same goes for the weather conditions. The mesh in the upper allows this shoe to be worn indoors and outdoors and no weather condition will damage the quality of the shoe.

The Adidas u path run sneaker can be worn both on rough and flat ground without causing any problems to the person that’s wearing it. The ridges on the bottom of the outsole are responsible for the traction and they’re the ones that will keep your feet firmly on the ground.

In the description of the sneaker, Adidas says that The U Path Run offers a sleek combination of retro and modern, and that’s true for the entire design of the sneaker, not just for the retro-inspired upper. The clean and elegant design is given a sporty touch that makes the sneakers unisex and irresistible for any runner. Their effortlessly chic, practical and meticulous planning was put into the tiniest details. Like that D ring lacing system that sits at the very center of the sneaker, or that gorgeous and simple rubber heel cup that allows the sneaker to be put on and taken off with ease. But the padding in several areas of the sneaker makes this shoe comfortable, stable and fantastic for wearing, not just beautiful to be looked at. The padded collar and tongue put a firm grip at the top of the sneaker while the padding in the footbed and in the midsole, in general, allows the comfort to come from within. But, when you’re buying a great running sneaker like one, that’s all that should matter. The comfort should be a no brainer.

You’d be making a fantastic investment when buying this sneaker. It’s lightweight, it’s comfortable, it’s sleek and beautiful and it’s made for running. There’s not much that can be said about the improvement of the sneaker, other than making the laces the good old way. To be tied in a bow like the rest of the sneakers on the market. That way you’ll be able to control the grip and the firmness of the upper against your feet, but that’s just a thought. The U Path Run is one of the best sneakers that you can buy for yourself, and the sneaker that will never let you down. You’ll fall in love with this sneaker every time that you put it on you. 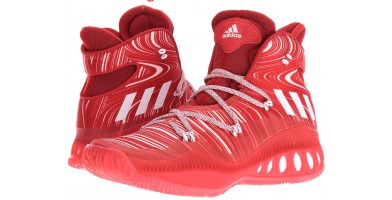 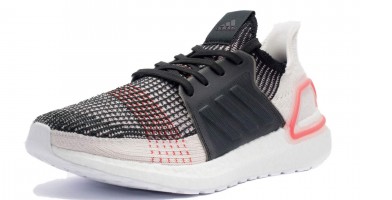 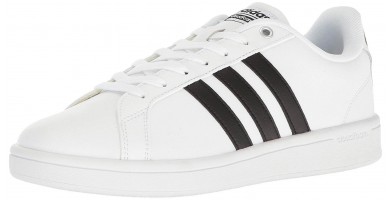