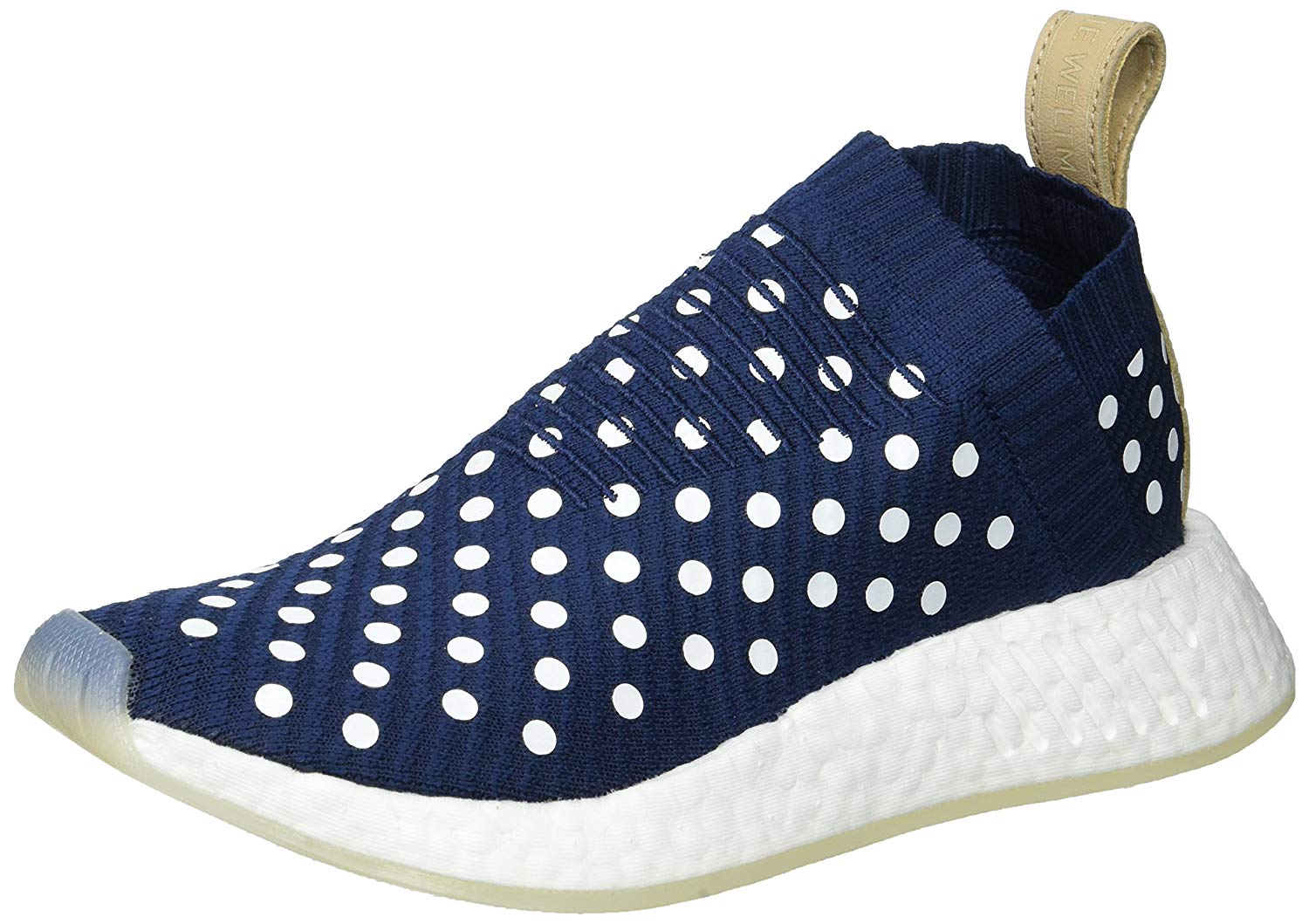 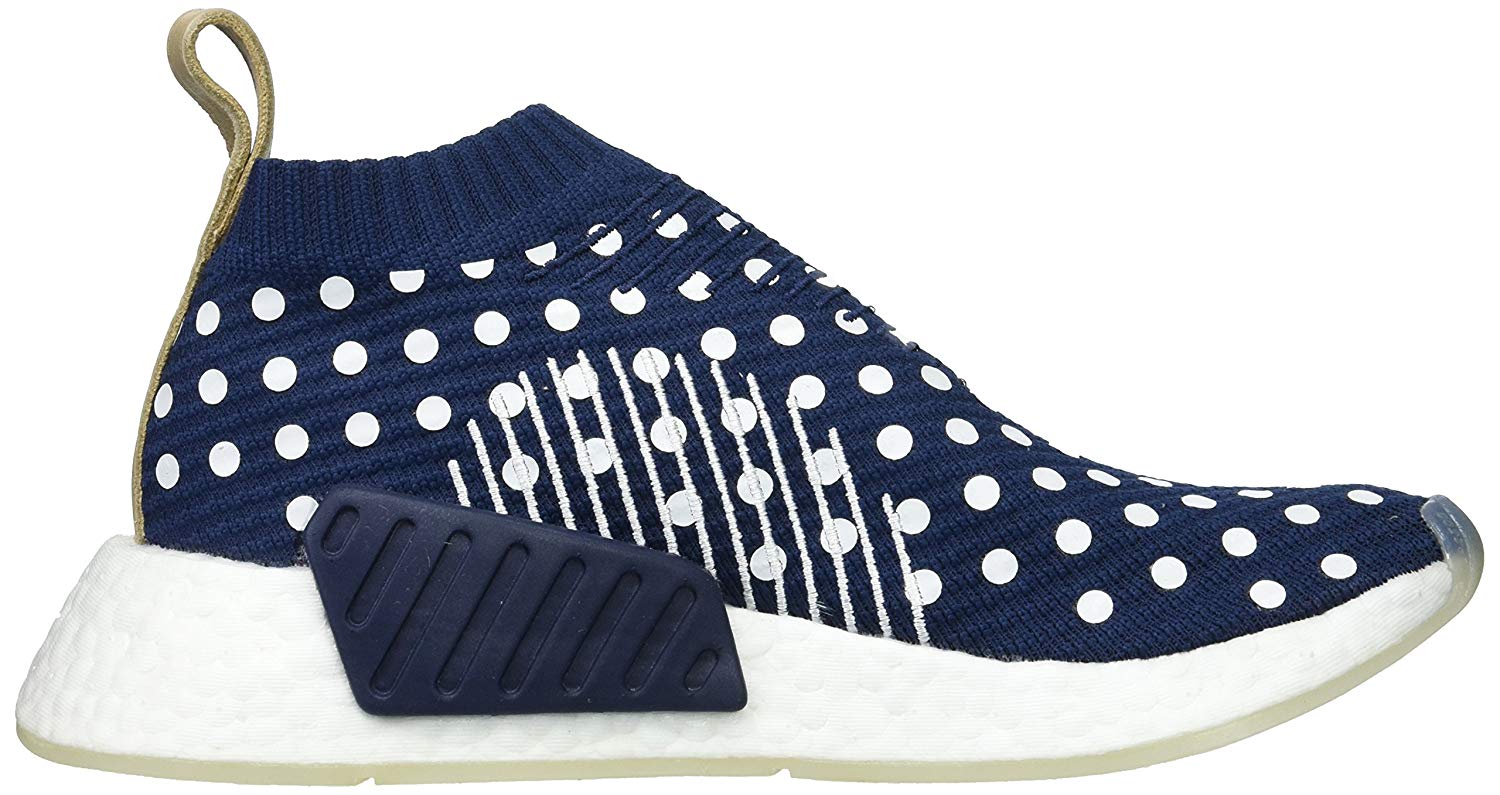 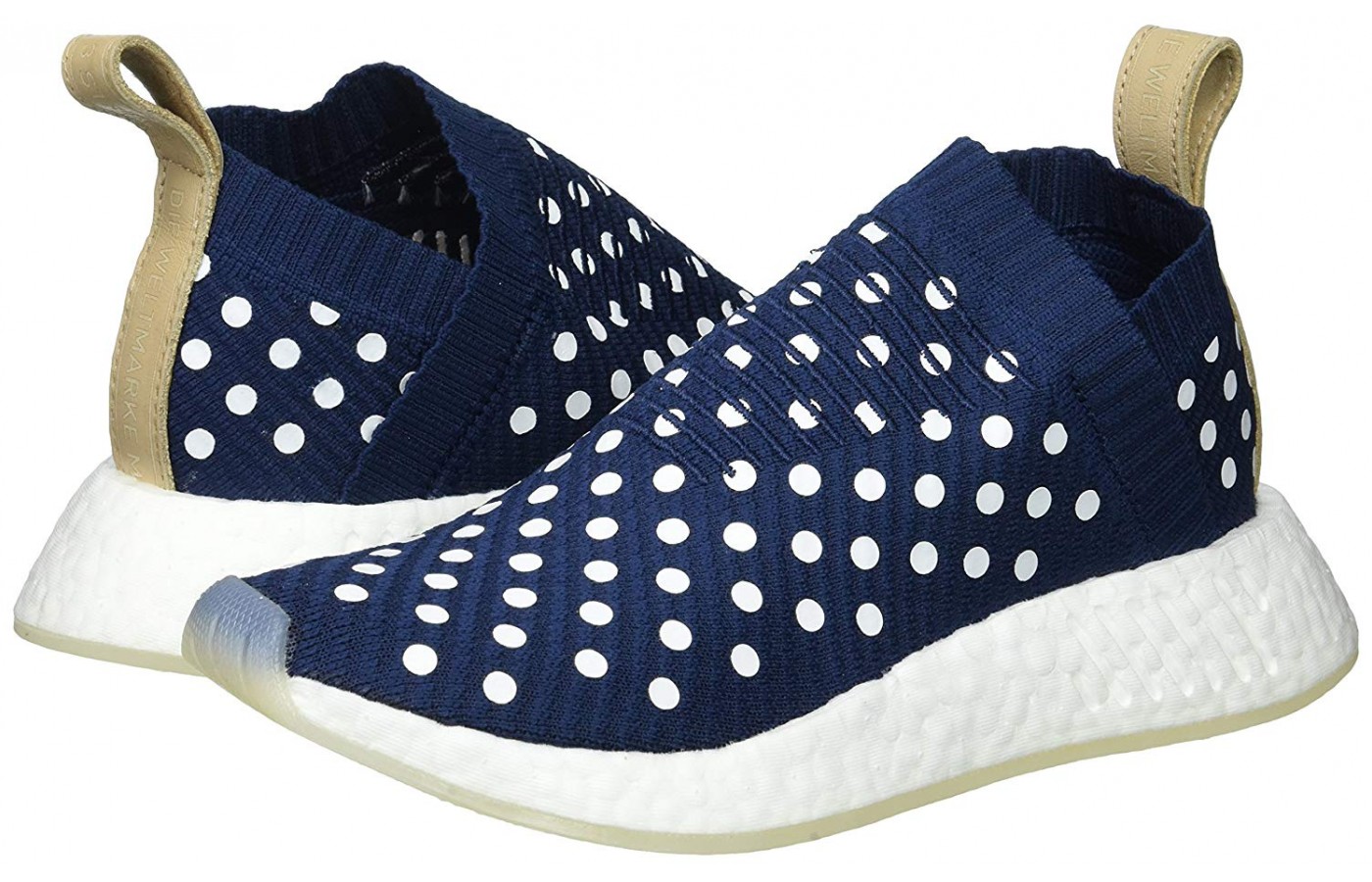 Looking for a really good looking shoe that will give you the highest levels of comfort imaginable? If you answered yes to that question, look no further than the Adidas NMD City Sock 2. This shoe has a design that looks like nothing other than a, yes you guessed it, a sock. The shoe is meant for those individuals who would like a weightless feel from their shoe while either running or, would like to walk around in style. The City Sock 2 features various Adidas technologies that allow it to provide the highest levels of comfort imaginable while in use as well; as we go through this review you’ll be forced to see all that the City Sock has to offer and then some.

The outsole of the NMD City Sock 2 is designed in such a way as to provide wearers with a decent level of responsiveness as well as grip while the shoe is in use. The shoe features a full-on hardened rubber outsole design that allows the inner Boost material in the midsole of the shoe to be seen. The Boost material is visible simply because of the fact that the design of the bottom of the shoe has various perforations that make this possible. In addition to the perforations on the outsole of the shoe, there is an Adidas logo that basically states who the shoe is made by as well as the shoe’s actual title.

This was hinted at in the above section but, the design of the shoe makes use of Boost material throughout. The Boost in the midsole of the shoe allows the NMD City Sock 2 to provide its wearers with an extreme level of cushioning and ensures that wearers have what they need in terms of energy return when they go out for a run in the sneaker. Due to the shoe’s use of the Boost material, it provides wearers with what they need in terms of comfort and can be used for prolonged lengths of time. The base of the shoe is somewhat wide as well, which allows the NMD City Sock 2 to provide a bit of support(a topic that will be touched on later in this review).

One of the things that makes the City Sock the City Sock is that it is incredibly lightweight. The shoe makes use of Boost Foam, a material that is known for providing a lightweight cushioning to the foot of the wearer. In addition to the Boost cushioning that can be found in the design of the City Sock, the shoe features a PrimeKnt upper; if you didn’t know this about PrimeKnit, it adds very little weight to the design of a shoe due to its porous nature. In addition to the PrimeKnit being inherently porous, the shoe has no overlays and thus, very little chance to add weight to its design. In all, the minimal design of the City Sock is what allows it to provide wearers with the lightweight feeling that it does.

The entire upper of the NMD City Sock 2 is designed from a Primeknit; there are also no overlays in the design. To say that the CS2 provides wearers with a breathable feel while in use is synonymous to saying that walking barefoot through a pile of pillows is comfortable; it definitely is. The shoe makes use of a minimal design that has basically nothing that can prevent it from retaining a high level of air circulation while in use; this level of airflow results in reduced sweat accumulation on the inside of the shoe as well as the ability to wear the shoe for longer than the usual length of time.

Another one of the things that wearers can’t help but praise when it comes to the design of the CS2 is that the design is incredibly sleek; it literally looks like something a ninja would run around in (hence the name). The shoe comes in various robust colorways and due to the lack of overlays in the design, provides wearers with an almost effortless sense of style. One of the great ideas that Adidas had in reference to this shoe is that they decided to color-block the entire design; the use of color-blocking allows the shoe to easily be paired with various different types of clothing.

PrimeKnit is Adidas answer for those who said that the typical mesh materials simply didn’t last long enough. The material has a high level of tensile strength and can take quite the beating; this means that the material in the design of the upper of the CS2 will last for quite some time. One of the cool things about having a midsole designed from Boost foam is that the midsole won’t overly compress (too quickly) and cease to provide wearers with the comfort that it’s known for. Boost never fully compresses meaning that it compresses just enough to provide adequate comfort but, as soon as the shoe is taken off, bounces back to its original shape.

CS2 is so named because of the fact that its design is one that closely resembles a sock; it’s relatively minimal and carries zero overlays. From that being so said, this shoe doesn’t provide protection in the usual way. The protection that the CS2 provides stems from the cushioning and the grip that it has. The grip that is inherent in the design of the City Sock allows wearers to have quite a bit of security in their movements and ensures that they don’t have to worry about the slipping around while running around.

In addition to the comfort that the Boost midsole inherently provides to wearers, the material is also quite responsive. The midsole of the CS2 moves in much the same way as the wearer's foot, bending easily. The symmetrical design of the sole unit, as well as the malleable materials present, ensures that wearers have a relatively simple time moving around while the shoe is on foot. When it comes to responsiveness, the upper of the shoe also deserves a slight mention as well. The upper, the lack of overlays, and the use of malleable materials allow one to have an incredibly responsive feel while these shoes are in use. The overall design of the CS2 allows for relatively smooth transitions and allows for a smooth feel from the shoe while in use.

Before anything else is mentioned, this should be said; to get an adequate feel from the shoe, one should purchase them true to size. The CS2 is designed to fit snugly; that means that one should purchase the shoe in a size that will allow it to do so. In order to get a feeling of support from the upper of the shoe, one should purchase these shoes in their correct size. In addition to this, the midsole of the shoe is made from the Boost material; this material provides wearers what they need in terms of cushioning and ensures that wearers have an adequate level of support for both their arch and medial sides of their feet.

When it comes to terrain usage, the CS2 works well on a wide range of them; it shouldn’t be used on all of them though, for reasons mentioned. The rubber in the outsole of this shoe has various perforations that allow the Boost in the midsole to be slightly visible; this means that if the shoe is worn on dusty surfaces, it will begin to get dirty rather quickly. If this isn’t one of your worries, then it makes sense to note the fact that the CS2 can be worn on both roads and indoor terrains; one doesn’t have to worry about the shoe wearing down prematurely.

Here’s a possible deal-breaker for many individuals, the CS2 is definitely not cheap. The shoe sells for a price that justifies the make and materials present in the design but simply isn’t affordable for all individuals. With that being said, if the price of the shoe doesn’t really matter to you then the purchase of the CS2 will be well worth it. It features technologies that simply aren’t seen in lower-end shoes and provides a level of comfort that is nothing short of unheard-of. In addition to those things just mentioned, the shoe is also incredibly stylish.

The outsole of the CS2 is designed from the standard hard rubber compound. It doesn’t feature very things that will improve its traction-providing abilities; things such as tread and protrusions in the design of the outsole are completely void. With that being said, the CS2 is designed for use on flat road surfaces and the rubber material that the shoe is designed from does provide wearers with an adequate level of inherent grip. If an outstanding level of grip is what you seek from a shoe, it's probably best that you look elsewhere.

A great thing about having a shoe that is completely void of overlays is that it moves to the beat of your drum. The upper and the Primeknit material that it’s designed from moves in just the same way that the foot moves(even more so if purchased true-to-size); this means that one doesn’t have to worry about getting a feeling of resistance from this model. In addition to that, the design of the sole unit and the foam that’s used throughout allows for an adequate level of flexibility to be present as well; the responsive nature of the material ensures that the wearer has what they need in terms of the range of motion when in use.

No drop has been specified for this model of the City Sock but it appears to be rather small.

All things considered, the CS2 is a shoe that not many would want to miss out on. The shoe features a design that provides insane levels of comfort and feels just, natural. Adidas appears to have placed quite a bit of effort into the design of this shoe as is evident by paying attention to the quality of the materials. While the price may be somewhat high, the shoe is definitely well worth it. 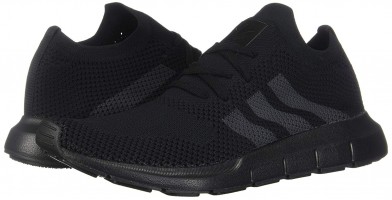 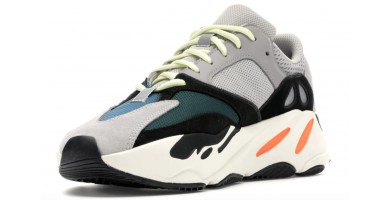 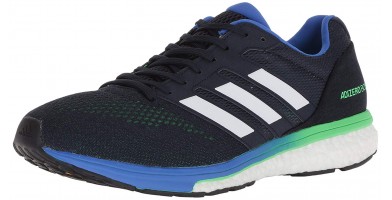