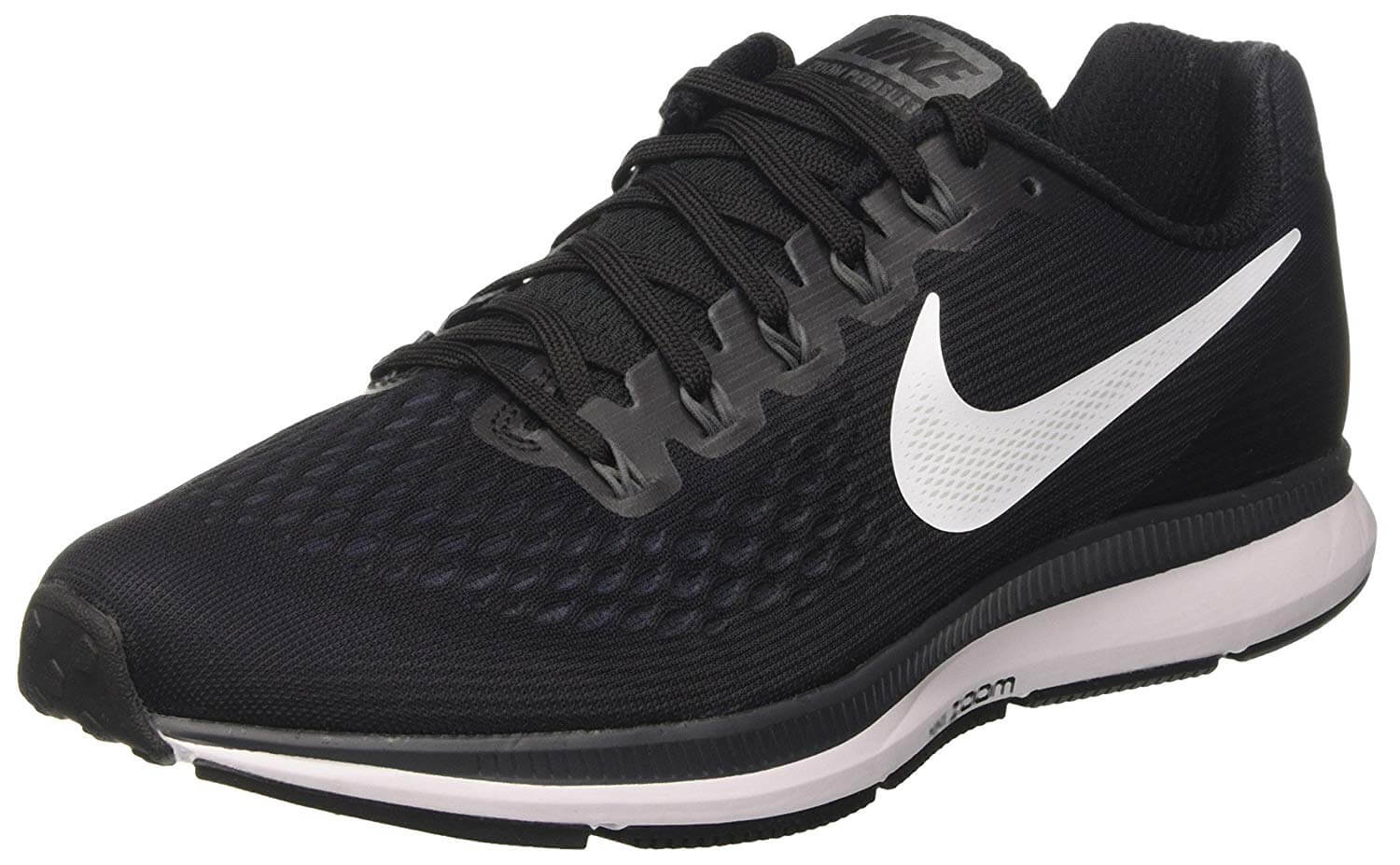 8.3
8.3 score
(WalkJogRun) score (8.3)/10
Our WalkJogRun score is based on 3 different factors: Editor's rating after in-depth testing. User ratings submitted on this page Overall score from the "reviewmeter" based on reviews across the web the weight of each factor is: 40% editor rating 15% user ratings 45% reviewmeter.
0
Editor rating: 8.0 / 10

The fact that Nike has been one of the most successful and reputable brands on the market for over thirty years is further corroborated by the new edition of one of their first models, the Pegasus. They have been updating it every year since its first release back in 1983, which is why the models have numerals, like the one in this review, the Pegasus 34.

For the most part, the Pegasus 34 kept to the original design of the Pegasus, which truly speaks of the quality of Nike’s shoes. However, it does feature some changes.

The Air Zoom Pegasus 34 is quite similar to the Pegasus 33 model when it comes to the midsole area and the upper of the shoe, with some minor changes. Namely, the Flywire cables are tucked under the mesh upper, instead of being fully visible and the laces are flat to counter the risk of untying. The upper also features more air holes for extra breathability and a reflective heel strip, which comes in handy for night runners.

One of the major improvements Nike added to the Pegasus 34 can be found in its name, the Air Zoom added to the forefoot portion of the shoe for maximized momentum. The outsole also received some improvement in the form of its waffle-like pattern, which provides excellent traction on most terrain types.

Nike’s Pegasus line has been loved for over thirty years and it’s not just for its functionality as an excellent running shoe. The Pegasus 34 features the iconic design and comes in many different color schemes to suit anybody’s taste. The price, while may not be the cheapest, is also justified by the legacy the Pegasus line created and the quality it guarantees.

We have spent 4.5 hours analyzing a total of 500 reviews.

Positive
Read more
Negative
Read more
Reviewmeter
The Reviewmeter shows you an overall score that you can easily refer to. The highest rating is 10 (100% positive feedback)
Of the 500 reviews we found in total, 14% were negative, and 86% were positive.
8.6
1
5
10

The Pegasus 34’s outsole is made out of a combination of Duralon rubber and BRS 1000 carbon rubber. Coupled with a waffle-like design with hexagonal lugs, this shoe provides the wearer with superb traction on almost any terrain type while at the same time ensures maximum durability. A Rubber Crash Rail has also been incorporated into the lateral design of the outsole for a seamless transition.

It seems like the Pegasus 34’s midsole has it all. The midsole itself is made out of Cushlon ST foam from EVA which is known for its comfortable cushioning and excellent stability. Adding to the cushioning of the Pegasus 34 is a removable insole. If that wasn’t enough cushioning already, Nike incorporated Zoom Air units in the forefoot and heel portions of the shoe, which not only deliver maximum cushioning but also chip away at the weight of the shoe, making it super light on the feet, enabling for springy and fast movement. Always the innovators, Nike added a Fitsole sockliner to the midsole which gives support to the arch of the foot, making many customers with problems in that region satisfied.

The upper of the Pegasus 34 is made of a seamless Flymesh material with enlarged pores that increase the air circulation in the shoe to prevent sweating and slipping caused by sweating. It also features their famous Flywire cables in the lacing system, this time cleverly hidden by the Flymesh upper which adds to the shoe’s overall sleek finish. These cables help to “pull” the upper around your feet and secure it for a snug sock-like feeling without being constricting. Additional support comes in the partial bootie-like design of the upper that hugs the ankles, securing them in place to prevent injuries. The heel portion of the shoe is also reinforced and has a reflective heel strip, which makes the Pegasus 34 suitable for night runs too since the runner can feel safe. Many customers praised the Pegasus 34 as being one of the most breathable and flexible running shoes they ever tried.

The Nike Pegasus 34 isn’t the lightest running shoe on the market, however, it is in the middle ground with its 10oz, which is not bad for a running shoe of this caliber. The Flymesh upper, foam midsole and strategically placed airbags in the forefoot and heel portion of the shoe contribute greatly to the overall lightness of the shoe and many customers were satisfied with the speed they were able to achieve in them.

With the Pegasus 34, Nike made sure to max out on the breathability with the design of the upper. In addition to the mesh overlay of the upper, Nike also incorporated larger pores into the toe box area, making the Pegasus 34 extremely breathable. Thanks to the upper’s flexibility, the air can move freely throughout the entirety of the shoe, ensuring proper ventilation and keeping the feet dry.

The Nike Pegasus 34 shares the same midsole as the Pegasus 33, which was already extremely comfortable and responsive. The addition of airbags to the forefoot and heel portions of the shoe help reduce the impact of running in them and serve as great shock absorbents. The breathable and flexible upper that molds to the shape of the wearer’s feet thanks to the Flywire cables also contributes greatly to the overall comfort the shoe provides. Many customers remarked how comfortable they felt right out of the box and were ready for use immediately after unpacking without much effort to break them in.

Nike is known for combining functionality with exceptional style. The Pegasus series is a perfect example of this since they have been around since the beginning, setting the standard for exceptionally beautiful shoes. The Pegasus 34 features a seamless Flymesh upper which conceals the Flywire cables for a sleek finish. It is available in a variety of color schemes, from simple to colorful, ensuring that there is something to suit everybody’s style.

The Nike Pegasus 34 were made to last. Everything, from the Flymesh upper to the cushioning yet sturdy midsole and carbon-infused waffle outsole contributes to the shoe’s durability immensely. Many users were satisfied with how long the Pegasus 34 lasted them without even showing signs of wear and tear, and even after they’ve been used for a long time, they still remained in good condition.

The Pegasus 34 is an excellent running shoe according to many, with a sturdy and extremely cushioned sole unit and a super breathable upper that provides stability for the feet and keeps them dry. The rubber waffle outsole guarantees great grip and traction on most surfaces while the foam midsole serves as a great shock absorber. In addition, the upper hugs the feet’s curves perfectly and the slightly bootie-like construction helps keep the ankles stable. One customer even wore the Pegasus 34 out for the first time in the snow and was very pleased with the traction and springiness it provided him with.

One thing to keep in mind though if you’re going to run in them in cold weather is to wear thicker socks as it can get a little chilly because of the Flymesh upper. Another thing some customers noticed was that debris got trapped in the waffle tread outsole, so you might want to keep to clean roads if that sort of thing annoys you.

The Pegasus 34 has received a lot of praise for its responsiveness and it is all thanks to the Cushlon foam midsole which is highly responsive and provides maximum cushioning to the user. Coupled with the rubber outsole with a waffle-like pattern that gives excellent traction and grip, this shoe is guaranteed to provide a smooth and responsive run from start to finish.

When it comes to supporting your feet, the Pegasus 34 delivers a decent amount of arch support for the average runner. The sole units with the Flymesh upper that molds to the feet help give the comfort and support needed during running and many customers were very satisfied with their performance.

The Pegasus 34 performs the best on regular running surfaces, such as asphalt and lighter roads and trails. However, some customers who have taken them out for a run in harsher climates and surfaces were equally pleased with the performance of this shoe, especially so because they exceeded their expectations.

Taking into account that when buying a Pegasus running shoe, you buy a part of the legacy established by Nike, these running shoes are well worth the money. They aren’t the cheapest pair you can find but they are fairly reasonably priced. However, there are always discounts to be found, you just have to look for them.

The Pegasus 34 offers even more traction than its predecessor. With the addition of the waffle-like pattern on the medial side of the outsole the traction of this running shoe became incredible. It grips onto the ground firmly, sending the runner off for an easy ride. One customer even recommended it for a stroll on ice.

The Flymesh upper with its Flywire cable lacing system molds to the individual’s feet like a sock while the midsole and outsole work together like a dream to provide maximum flexibility and enable the runner with freedom of movement.

Nike improved the Pegasus 34's stability by making the upper slightly bootie-like, which wraps around the ankles providing stability in that delicate and often overlooked region and eliminating the risk of injuries. They also added a cellulose board to the heel portion of the shoe for added stability.

The Pegasus 34 features an average 10mm drop, as most neutral running shoes do. Customers were satisfied with the heel to toe drop of this shoe and didn’t have issues with speed.

Nike is one of the most famous and established brands out there. They came out with the first Pegasus in 1983 and since then it has become a lineage of great, quality running shoes with upgrades added to each following model, perfecting their unique design and further establishing themselves as the masters of innovation.

The Pegasus 34 features a Cushlon ST foam from EVA, which in addition to being extremely comfortable and lightweight, also provides excellent responsiveness. The rubber outsole implemented a waffle tread design that runs along the medial side of the shoe, giving superb traction and grip to the runner. Air Zoom units have also been added to the heel and forefoot portions of the shoe for additional shock absorption, relieving the feet from the stress of running.

Topped with a lightweight, breathable Flymesh upper that thanks to the Flywire cables found in the lacing system molds to the shape of the feet seamlessly, the Pegasus 34 is an excellent choice of a running shoe for both professionals and newbies. It comes in a variety of different colors and has a sleek design that goes with almost anything, making them good for even everyday use. All in all, the Pegasus 34 is a worthy successor to its predecessors and can be yours for an affordable price. 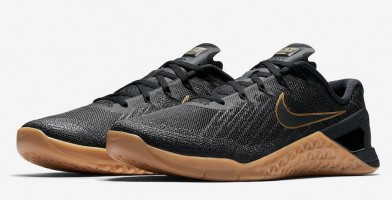 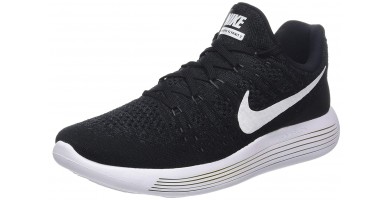 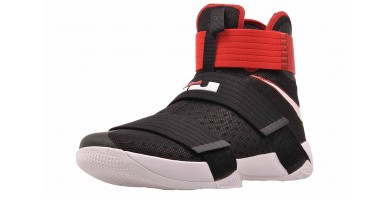