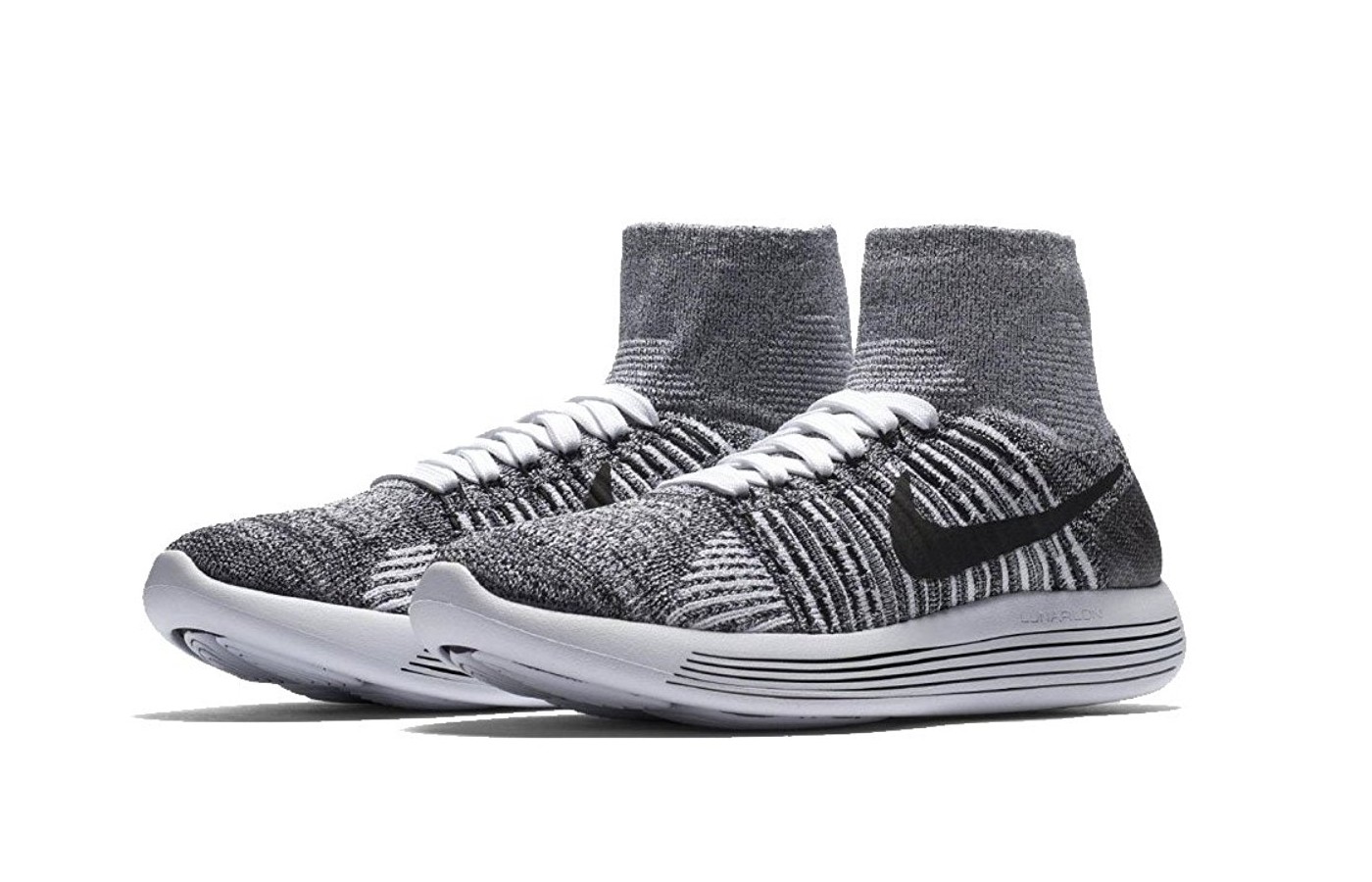 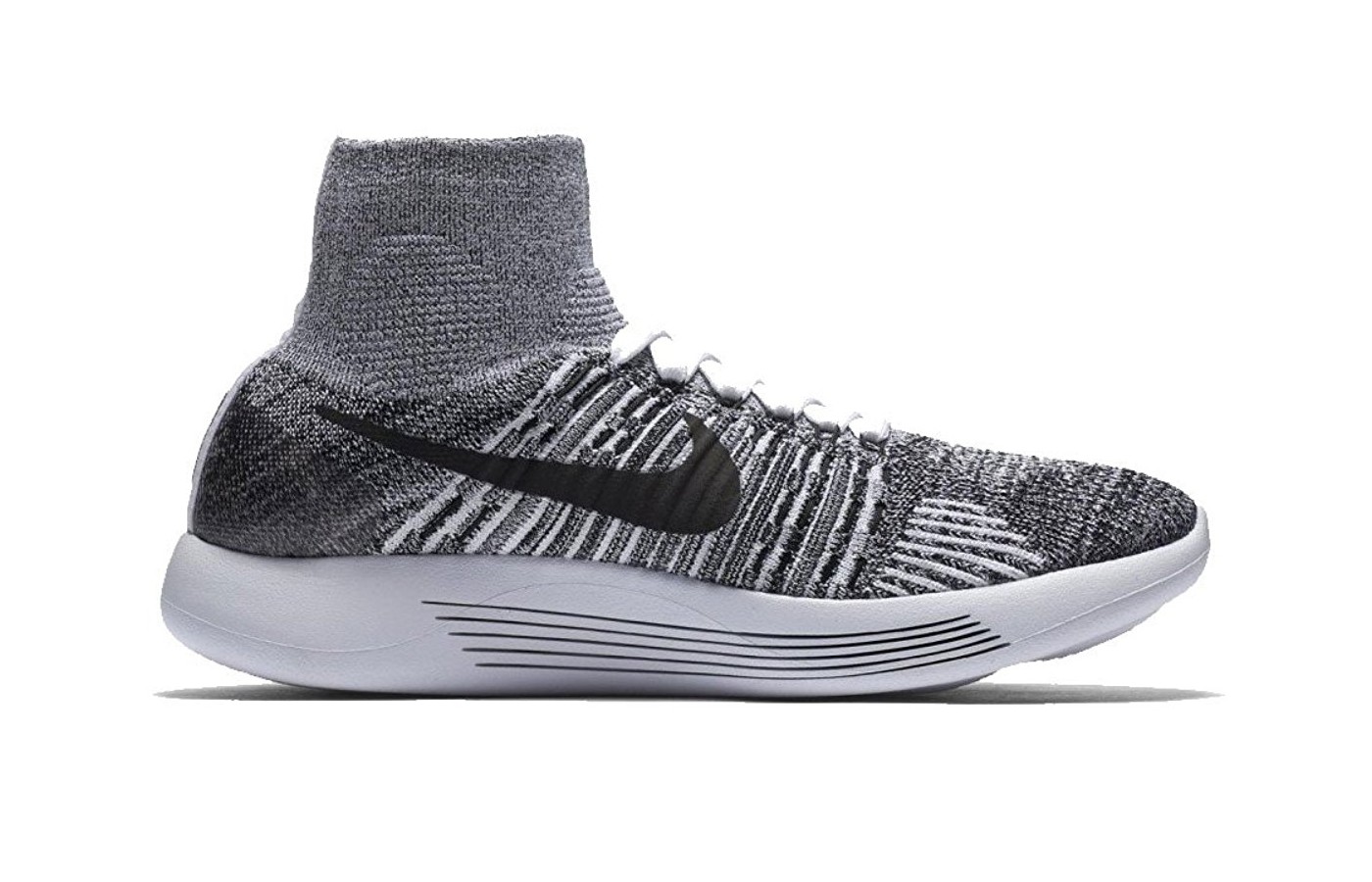 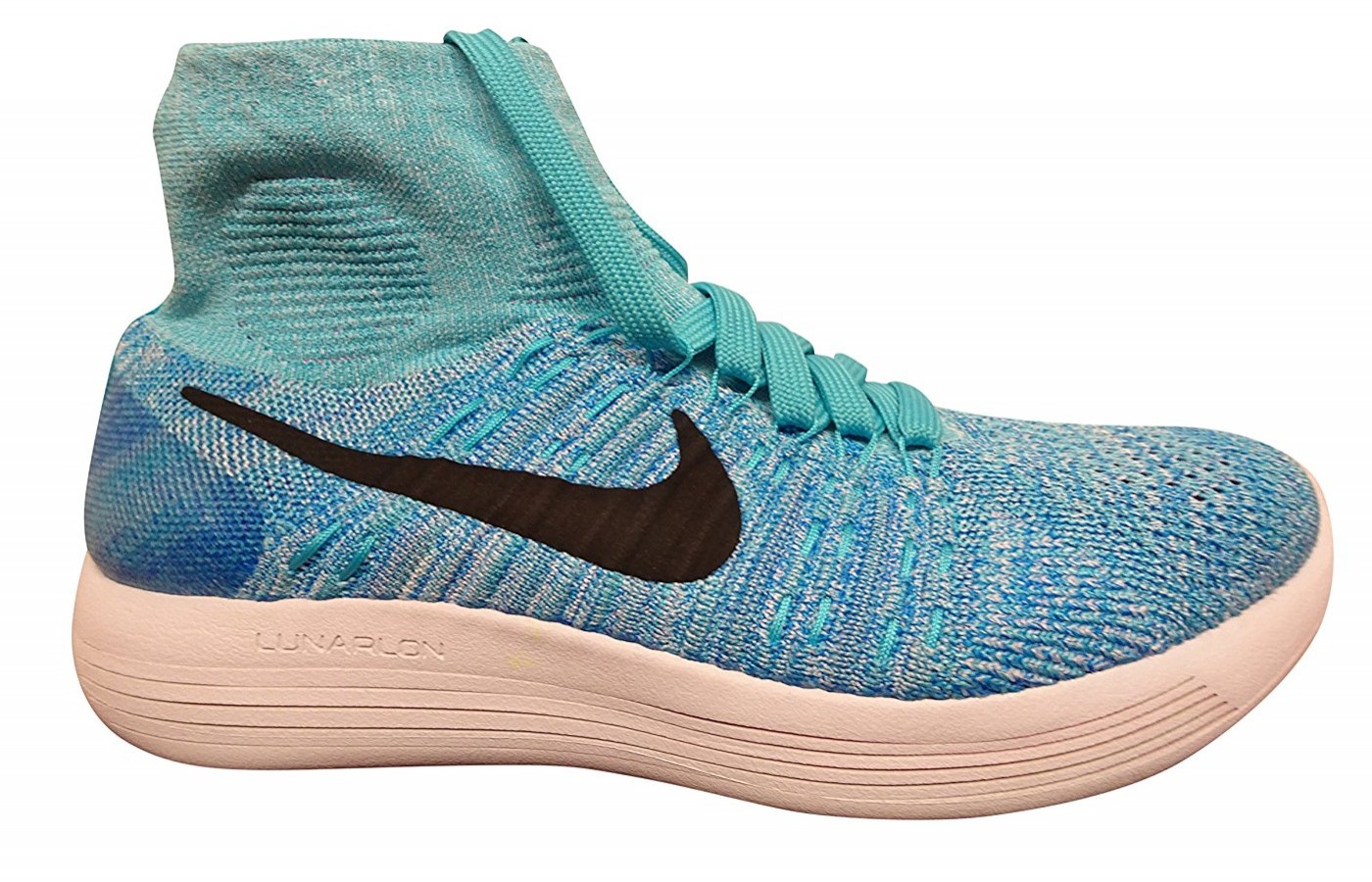 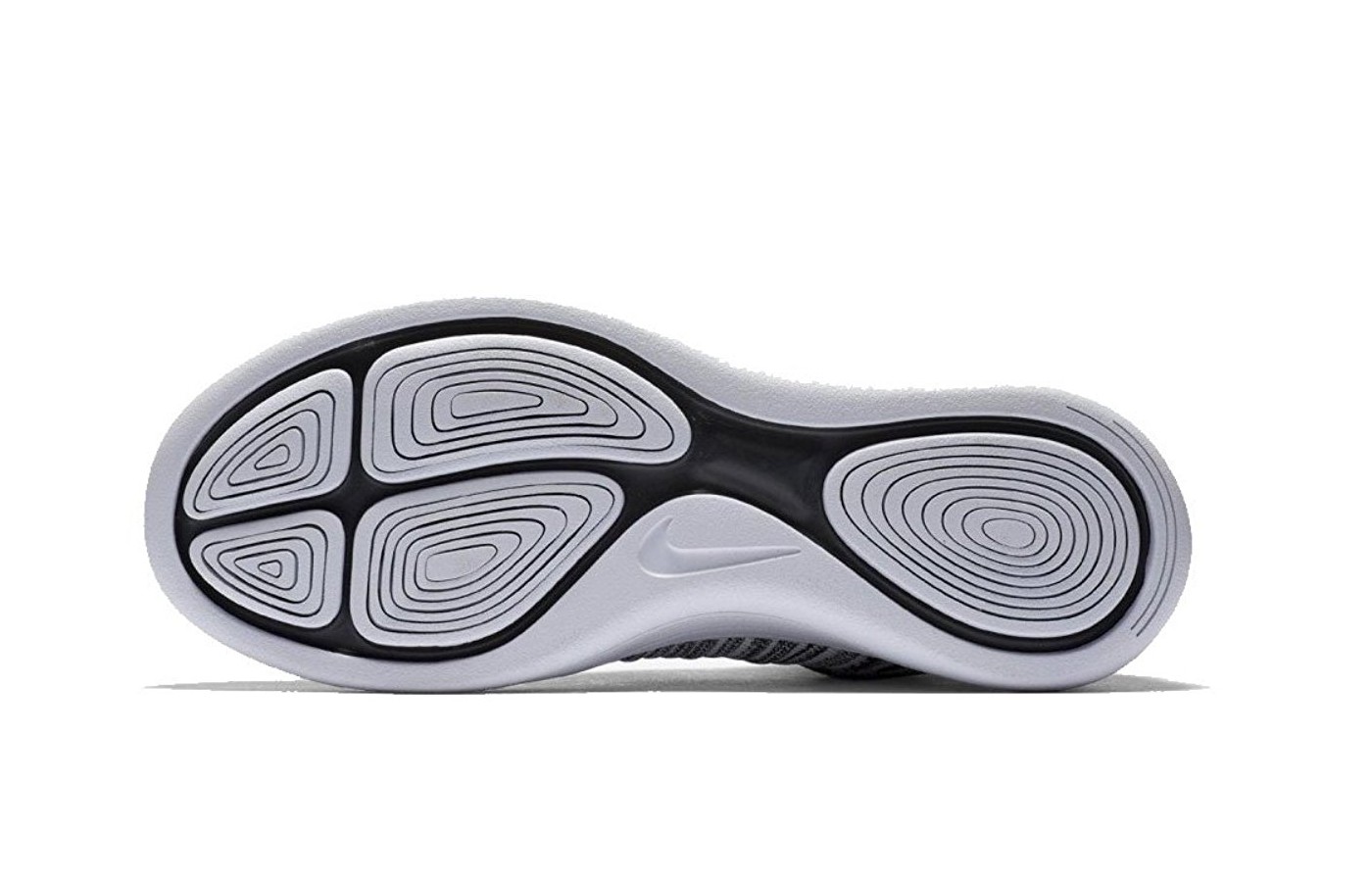 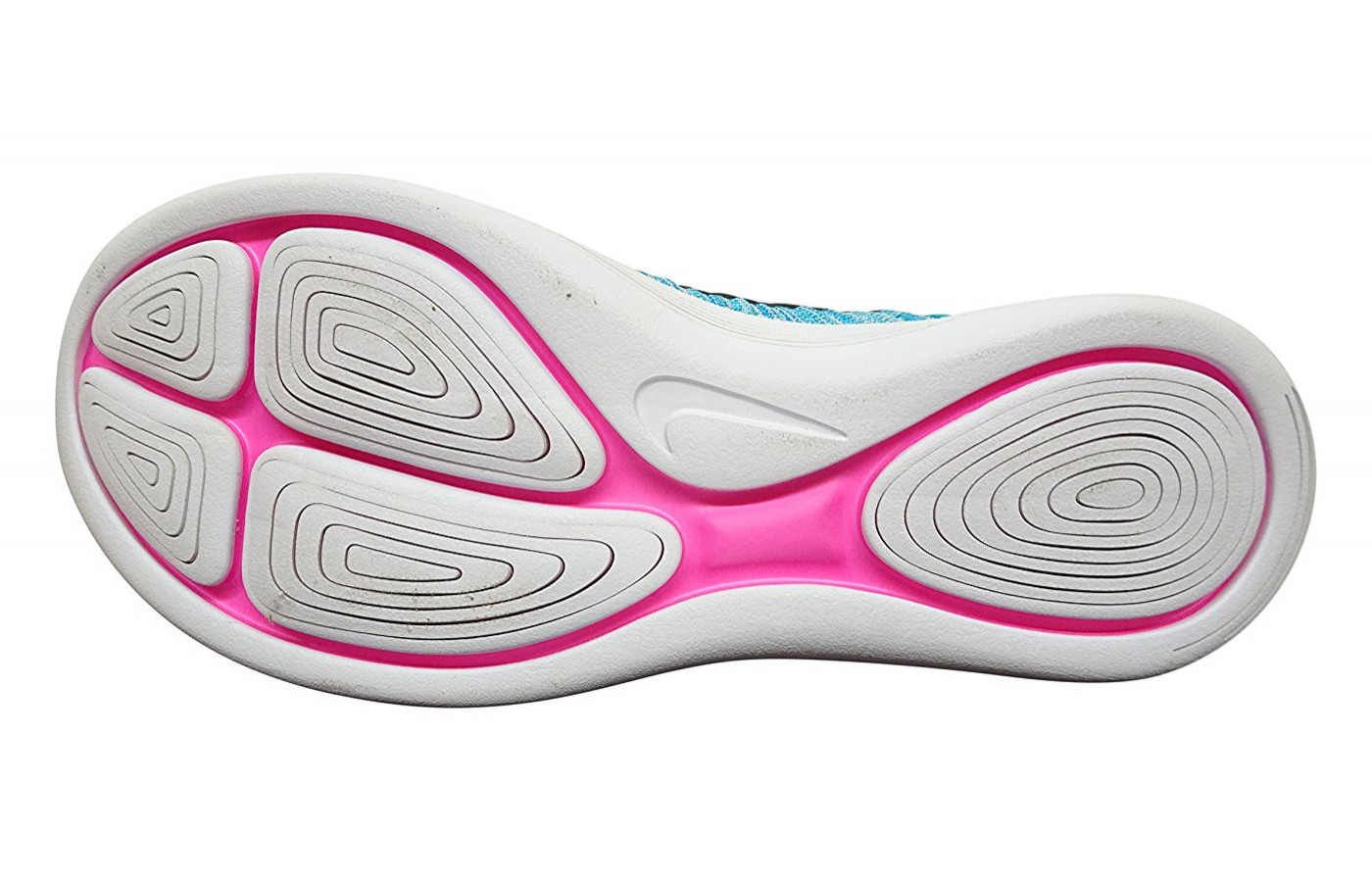 8.7
8.7 score
(WalkJogRun) score (8.7)/10
Our WalkJogRun score is based on 3 different factors: Editor's rating after in-depth testing. User ratings submitted on this page Overall score from the "reviewmeter" based on reviews across the web the weight of each factor is: 40% editor rating 15% user ratings 45% reviewmeter.
0
Editor rating: 9.0 / 10

The Nike Lunarepic Flyknit should have been considered the running shoe of the future. Released in 2016, the Lunar epic provides runners with a variety of enhancements over the other shoes of it’s class. At first glance, the enhancements are painfully obvious; such as the sock-like extension on the upper of the shoe or even the flyknit exterior to name a couple. The enhancements go past just the aesthetics of the shoe, such as the ones that I’ve discussed, and there are so many more, including the mesh pressure pods and the dual insoles inside of the shoe.

We have spent 3.5 hours analyzing a total of 392 reviews.

Positive
Read more
Negative
Read more
Reviewmeter
The Reviewmeter shows you an overall score that you can easily refer to. The highest rating is 10 (100% positive feedback)
Of the 392 reviews we found in total, 15% were negative, and 85% were positive.
8.5
1
5
10

The sole on the Lunarepic is beyond incredible. The Lunarepic’s sole provides amazing traction due to the specially-designed laser etched lines that run the length of it. The laser lines or Pressure maps on the outsole not only aid the wearer with traction capabilities but it also aids in giving the wearer an extremely comfortable ride while in use. These laser-etched lines are designed with a specific width, to ward off the entrance of debris into the bottom of the shoe which greatly enhances the overall durability of the shoe, it isn’t very effective though materials get stuck in the base all the time. Let’s just say that the Lunarepic’s outsole was extremely well-designed aiding the wearer in several areas from traction, to comfort; all while being extremely durable.

The midsole of Nike’s Lunarepic is made from Nike’s Lunarlon material. The Lunarlon material is made to provide the wearer with an enhanced feel during their run. Like the design of the outsole, the midsole is comprised of five pieces, each of which are designed with the sole purpose of providing maximum comfort to the wearer. In addition to the comfort provided by the midsoles design it is also extremely efficient in redistributing energy; meaning that it directly aids the wearer in providing an extra bounce while in use.

Now here’s where it gets fun; The Nike Lunarepic’s upper is made entirely out of flyknit. The flyknit material gives the Lunarepic a bit of a “foot-in-a-cloud” effect; this can be mainly attributed to the enhanced breathability that is regularly associated with the flyknit. Nike has also decided to try something a bit different with the Lunar by extending the top of the shoe to give it a sock-like look. This isn’t necessarily a bad thing considering that it aids the shoe in providing a snug fit to the wearer. While on the topic of fit, the Lunarepic also utilizes Nike’s fly-wire technology. This means that the wearer can choose between various levels of tightness for the laces, allowing the shoe to be adjusted for various foot widths. The only thing that gives this shoe even a bit of a solid feel would be plastic counter that is on the heel to aid the shoe in providing support.

If you’re looking for a light shoe for either a fast-paced run or simply for the sake of having a light shoe, the Lunarepic won’t disappoint. The upper, having been made entirely out of Flyknit gives way to an extremely light shoe; This, coupled with the foam make of the sole makes the Lunarepic extremely light compared to various other running shoes out there, a size 10 weighing in at only 8.5 oz.

Nike’s Flyknit technology is placed in several of their shoes with the sole purpose of enhancing the overall breathability of the shoe. This means that the Lunarepic does not disappoint in terms of the shoes breathability. The porous Flyknit material constantly replaces the air inside of the shoe during use. This constant circulation results in a shoe that can be worn in varying degrees on both ends of the spectrum; from the frigid cold to the sweltering heat.

In addition to the Lunarepics outstanding air circulation, it is also overwhelmingly comfortable. The flyknit material making up the upper of the shoe coupled with the foam of the sole aid in the feel of the shoe throughout the duration of its use. The upper is made entirely of the Flyknit mesh, and is made to fit snugly to the foot making it feel as if the shoe is hardly there. This feeling is augmented by the Sole’s laser etched design and five pressure pods; these also conform to the sole of the foot giving it an almost sock-like feel.

Surprisingly, the Lunarepic is an extremely stylish shoe. This is somewhat surprising due to the sock-like addition to the shoe that protrudes out of the neck; It adds a sort of flair to the shoe that wouldn’t have been there otherwise. The blended coloring of the mesh upper also gives this shoe an eccentric boost that adds to the style factor. It’s also a relatively slim shoe, meaning that the style of most clothing articles nowadays, the slim clothing, makes this shoe fit right in. In addition to the slim fit and the coloring, the lack of covering on the shoe besides the counter on the heel aid the shoe by giving it an almost seamless look, as if everything just blends right in.

Durability may be the one of the great faults of the Nike Lunarepic Flyknit. In order for them to achieve the almost weightless feel of the shoe, they’ve created an upper entirely out of flyknit, which isn’t necessarily the worst idea, but it does open the shoe up to problems involving the integrity of the material while in use. Besides that minor flaw, the sole of the shoe was created to be rather durable. The sole is made out of Nike’s Lunarlon foam which, to the testament of Nike was made to withstand the various surfaces that runners compete on, meaning giving the shoe a little boost in this category.

One of the other drawbacks of the Lunarepic is the lack of protection given to the foot. The full Flyknit upper is extremely thin with very little in terms of protective covering. It does have a plastic heel counter on the back of the shoe, but this is there more for support than for the actual protection. The sole however, does give the shoe that extra oomph when it comes to protection by keeping things that are protruding from the ground from being felt by the wearer when in use.

The midfoot (the one with the sock-like protrusion) design doesn’t disappoint in terms of support. The quality and size of the sole provides the shoe with a high rise and coincidentally quality arch support. The dual layer cushioning in the insole also aids the wearers arch support by giving the wearer a lift in the hind-part of the shoe, also protecting the heel. The midsole coupled with the dual insoles give the wearer a shoe that conforms to the natural curve of the foot, giving the wearer the support that is necessary when running for long distances.

This shoe can be used on a variety of low-intensity terrains such as running trails and pavement with no problems. The tricky part comes along when these shoes are expected to handle a hiking trail or any other trail with a rough terrain. Although they will be able to hold up grip-wise, they can’t be expected to survive for very long; meaning that the material will wear out much faster if the shoe is used in an environment that requires them to withstand various rough terrains such as the ones mentioned above. This isn’t necessarily a huge draw-back considering the price and the fact that a rough terrain can and will wear down the sole of any shoe.

The Lunarepic is not cheap. This is especially true when compared to other shoes of its class that allow the user to get more bang for their buck. Meaning that there are other shoes that will allow the user to get more mileage on the shoe before wearing out (around 250-300 miles), while Nike has stated that this shoe will allow the wearer to get around 200-250 miles before needing replacement. With this in mind, the durability (or lack thereof) doesn’t really justify the price of the shoe; while it is comfortable, provides decent support there are still many other shoes out there that provide the wearer with comfort while lasting much longer.

The sole of the shoe provides amazing traction. The laser-etched design in the Lunarlon material makes this shoe extremely versatile in terms of their ability to aid the wearer in their performance while in use. The grip of the bottom of the shoe is amazing aiding the wearer when making a sharp turn or simply improving their take-off. This also means that these soles can perform on in various conditions, such as in a damp environment where shoes usually should not be ran in, and grass.

The Lunarepics are an extremely flexible shoe. They are made from Flyknit material which is a mesh that, while improving the comfortability of the shoe by conforming to the shape of the foot, also means that the shoe can bend various ways to aid the wearer while running. The material that makes up the Sole, the Lunarlon is also extremely malleable in that it also allows the shoe to conform to the features that make up the ground and must be able to bend to do that. The 5 pressure pods that make up the bottom of the shoe also move freely, both aiding the shoe in the area of comfort and making the outsole extremely flexible.

The Lunarepic doesn’t provide much in the way of stability. This is mainly due to the purpose of the shoe, which is to provide a flexible, lightweight experience. Nike did this by focusing on the five pods on the sole of the shoe, which while in use do not make the shoe very stable. The snug-fitting upper of the Lunarepic does give the shoe an air of stability while in use though. This is so because of the extension on the neck of the shoe and the Flywire technology that Nike installed onto the shoe; Which adjust to the size of the wearers foot providing varying levels of tightness while in use.

All in all, the Nike Lunarepic Flyknit is a great shoe. It does all of the things that are expected out of a running shoe, such as providing a lightweight feel and being extremely. The pressure pods on the bottom of the shoe, while also aiding the shoe in being extremely flexible make the shoe extremely comfortable. The upper made entirely out of flyknit also give this shoe an incredibly comfortable feel; mainly attributed to Flyknit’s purpose which is to provide a lightweight hoe, that molds to the shape of the user’s foot. The sock-like extension on the shoe give it a more snug-fit while also providing a bit more in terms of stability. The sole also has incredible grip and is decent for the majority of surfaces. If you can get past the lack of durability throughout the shoe, this is a great shoe for the majority of runners out there. 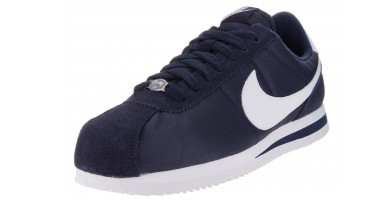 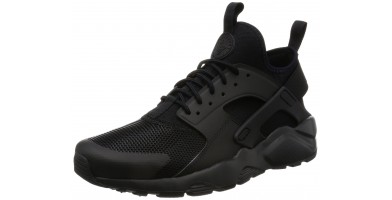 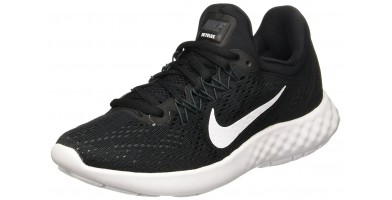