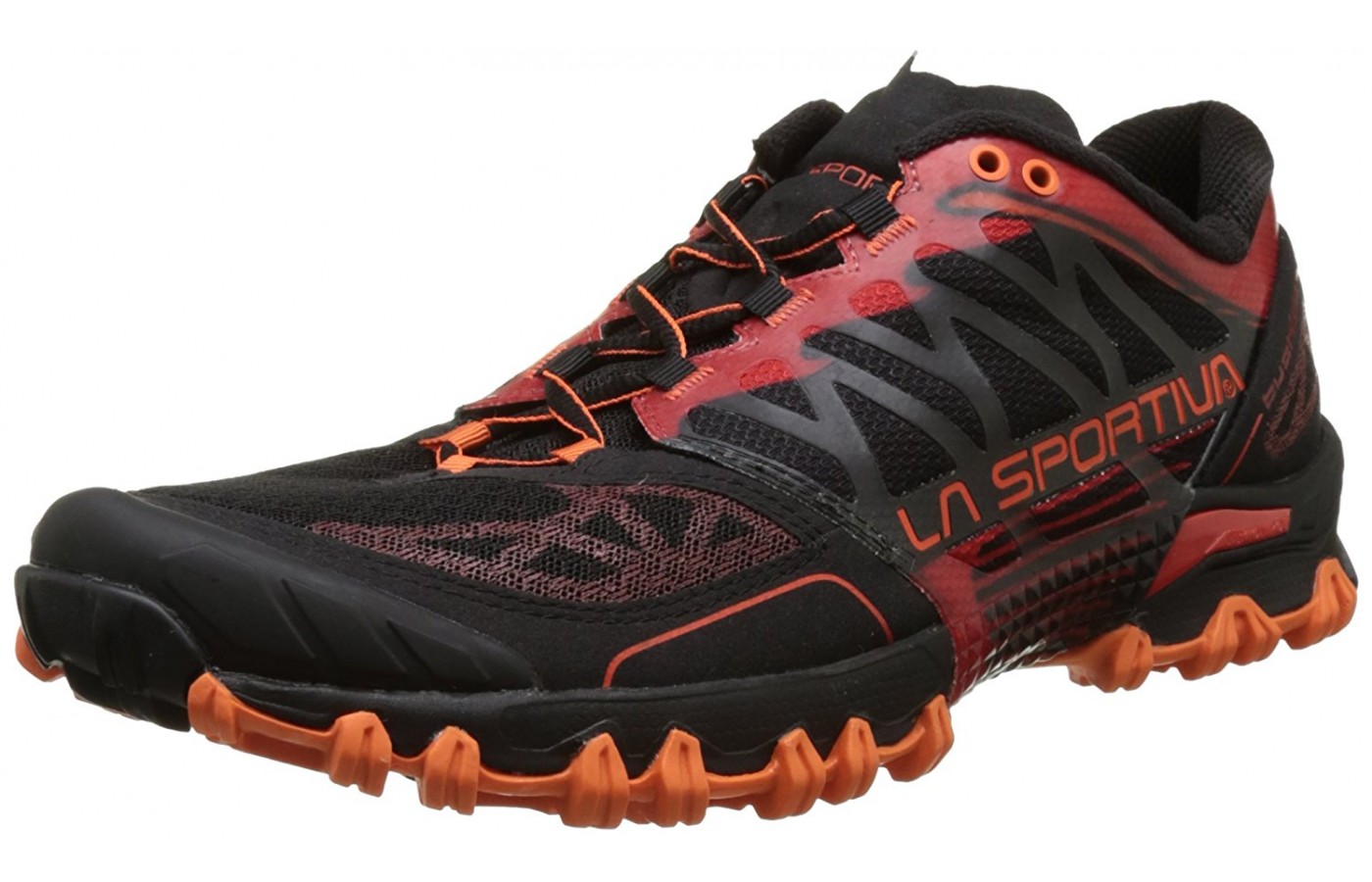 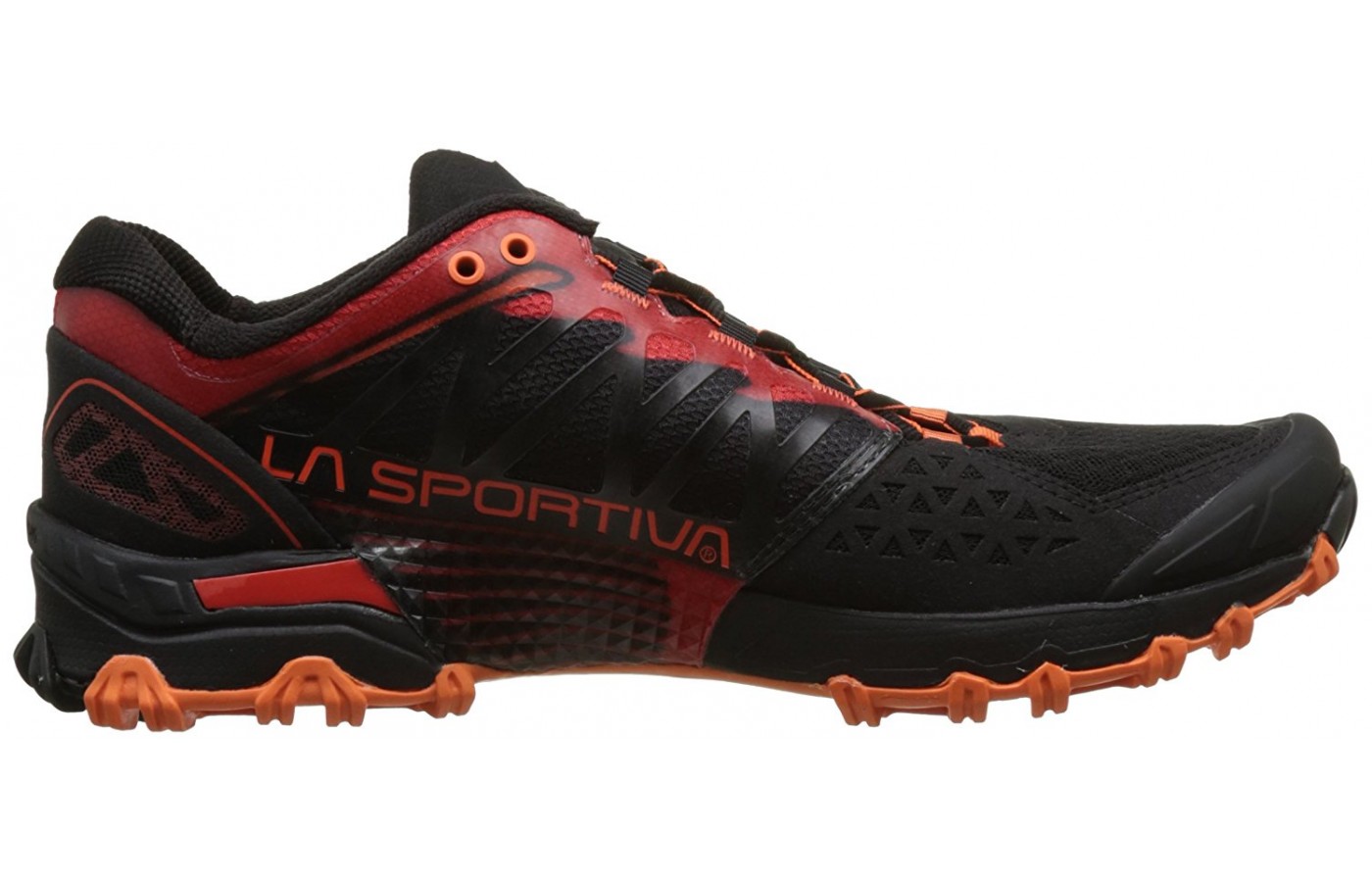 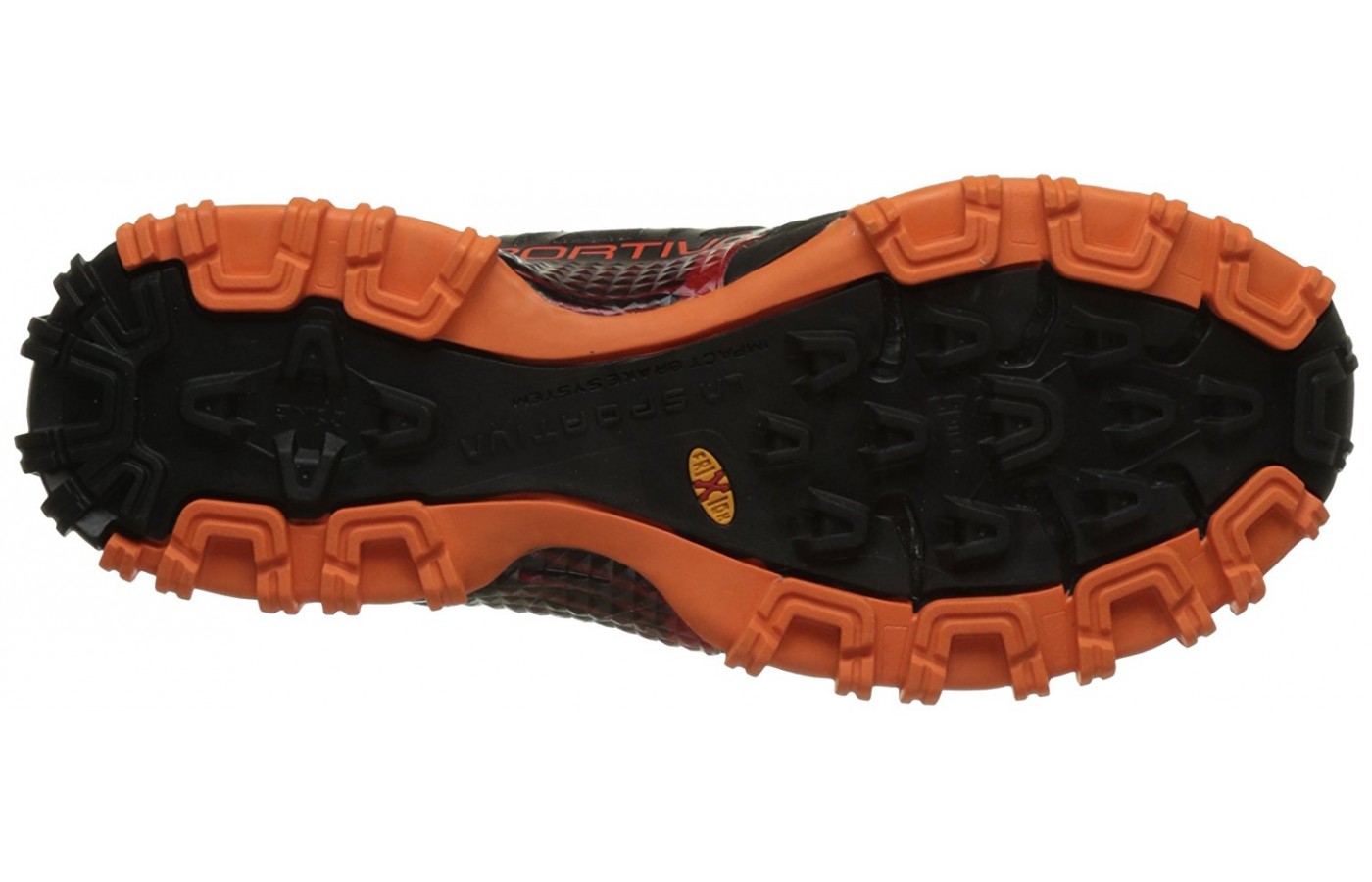 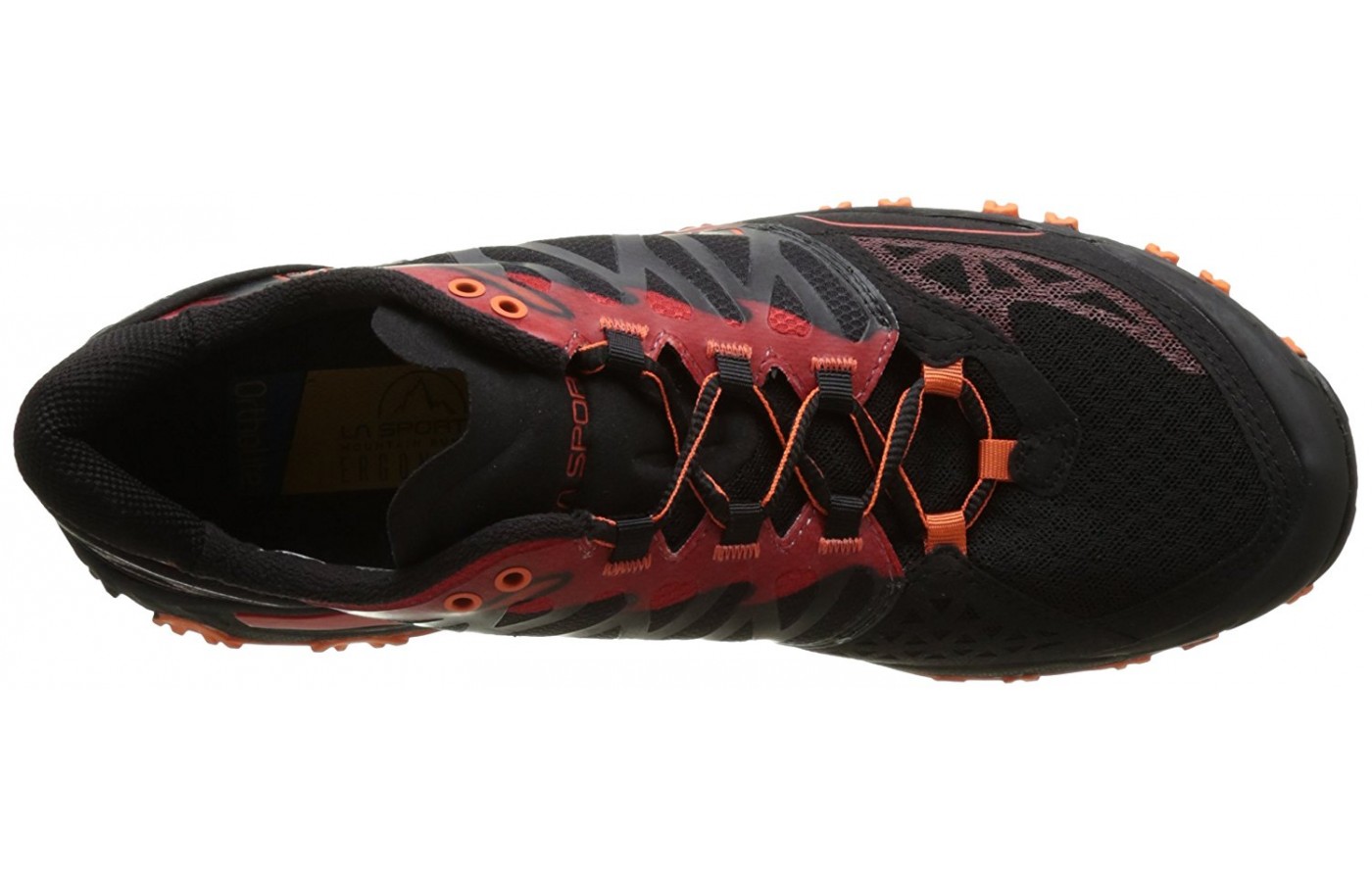 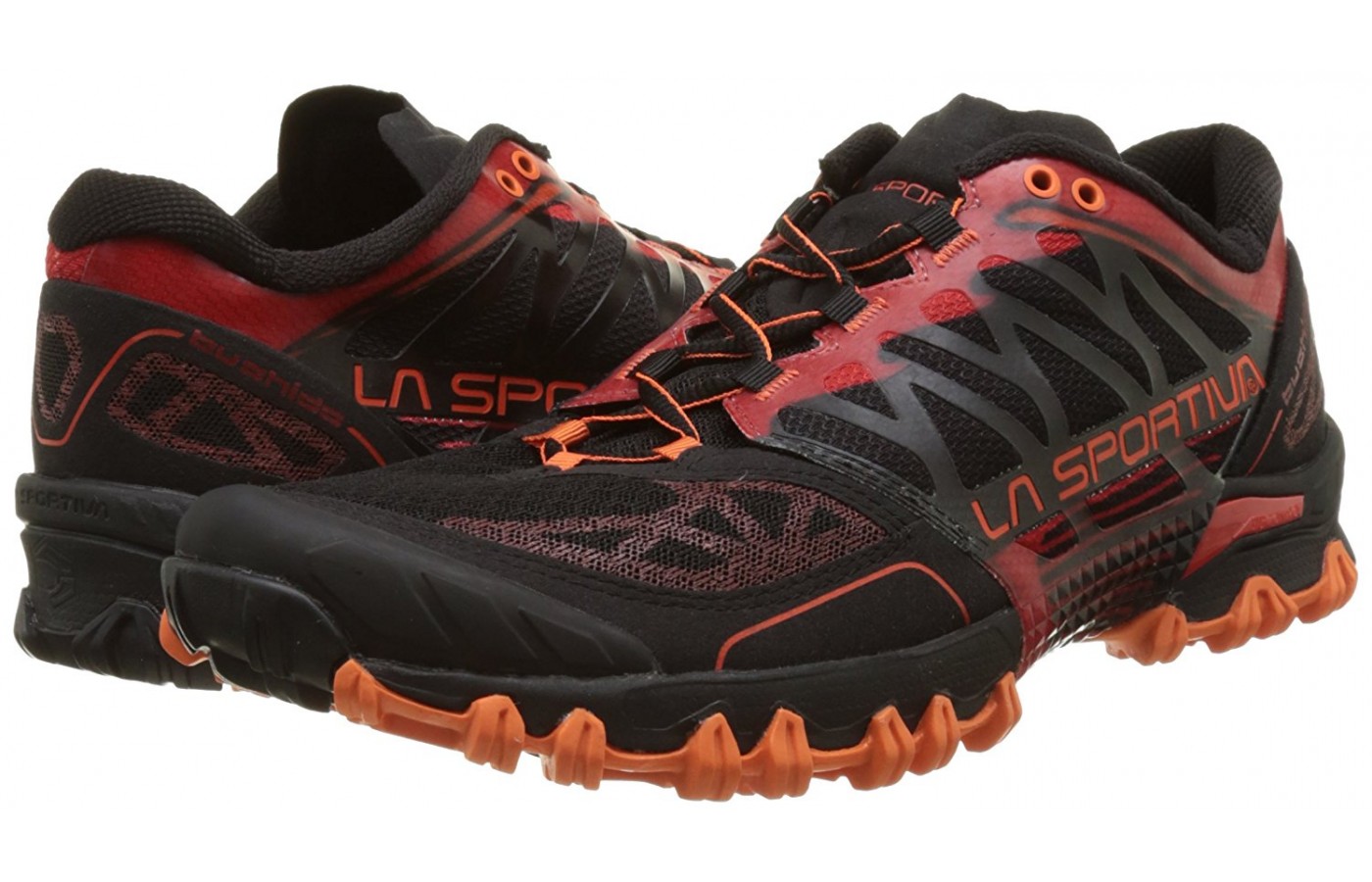 8.6
8.6 score
(WalkJogRun) score (8.6)/10
Our WalkJogRun score is based on 3 different factors: Editor's rating after in-depth testing. User ratings submitted on this page Overall score from the "reviewmeter" based on reviews across the web the weight of each factor is: 40% editor rating 15% user ratings 45% reviewmeter.
0
Editor rating: 9.1 / 10

When trail shoes are being thought of, one usually looks no further than Adidas and the other popular brands of shoes. One shoe that needs to be mentioned when trail shoes are thought of though is the La Sportiva Mutant. To put it simply, this shoe is a beast. It is extremely versatile and provides the wearer with a high level of cushioning and support during use. Did I mention that it can be used on various terrains as well? This shoe is simply bursting at the seams (not literally) with technology that goes above and beyond that of the typical standard.

Positive
Read more
Negative
Read more
Reviewmeter
The Reviewmeter shows you an overall score that you can easily refer to. The highest rating is 10 (100% positive feedback)
Of the 478 reviews we found in total, 18% were negative, and 82% were positive.
8.2
1
5
10

The outsole of the shoe is designed to have a decent amount of longevity as well as traction. Using the material normally associated with climbing shoes, FriXion XF, the outsole provides a high level of traction and prevents the wearer from experiencing high amounts of slippage. The shoe has various lugs placed throughout the sole unit that also aid in this effort, giving the shoe even more traction during use; they have been giving a patterning that allows the shoe to remain highly efficient on the trail surfaces that they are designed for use on. The shoe also features spikes (removable ones) that offer an even greater enhancement to the grip of the shoe; being placed in the forefoot of the shoe, they allow the Mutant to dig into the ground with a high level of ferocity.

The Mutant features an upper designed primarily from mesh material. The mesh or Air Mesh gives the shoe a high level of ventilation and prevents an accumulation of sweat in the shoe during use. The mesh also gives the shoe a snug fit; this is only enhanced by the lacing system that is featured on the shoe. The shoe has a Fusion Gate lacing harness that acts to secure the wearer’s foot during use. To keep the upper free from debris, the mutant features a 4-way stretch gaiter as well. One thing that has been complained about on the shoe is the high collar that it was designed with; this was done to give the shoe a snug overall fit while on foot.

The first thing that must be considered when discussing the weight of the overall shoe is the fact that the shoe is designed for trails. It must be a bit more durable and have a bit more padding than the average shoe. Surprisingly, the shoe weighs in at about 10.7 for a men’s 11; for a heavy-duty trail shoe, this is amazing. For the shoe to be so lightweight, it provides a high level of protection for the wearer. The use of porous materials such as the EVA foam and the mesh in the midsole allows the shoe to have this lightweight effect; most other trail shoes have overly upon overlay, resulting in a heavy, sluggish feel.

The upper on the shoe is designed primarily from a mesh material. The mesh on the shoe, while having a few overlays was kept relatively bare, allowing the shoe to retain a certain level of breathability. The shoe was designed with La Sportiva’s Air Mesh material, a material of La Sportiva’s design that is more porous than usual. The material of the upper on the shoe also works to prevent the accumulation of sweat in this shoe; this guards the wearer from the effects of constant wear of the shoe.

The Mutant was designed with plenty of cushioning and comfort providing effects to enhance the user’s experience in the shoe. The lacing system, coupled with the mesh make of the upper allows the shoe to provide a snug overall fit and results in less movement while the shoe is worn. The tongue of the shoe even works to provide the wearer with a high level of comfort; it wraps around the wearer’s foot and also works to restrict the movement of the wearer’s foot while also providing cushioning for the upper part of the foot. The sole unit of the shoe also has several technologies to improve the overall feel of the shoe while on-foot. The midsole and the EVA material that it’s primarily made of is extremely shock absorbent and provides the wearer with a high level of support for the various curves that make up the foot.

When first looked at, all that one can say when looking at the Mutant is “Wow!”. The first thing that you notice when you look at the shoe is the vibrant colors that make up the shoe's design. The shoe has a vast array of colors incorporated into the design that, while being bright, do nothing to reduce the aesthetic appeal of the shoe. The cut of the shoe itself is one that blends with the current style of footwear, which is another plus. The upper also has varying textures, adding a certain level of flair to this beautiful shoe. Overall, the design of the shoe is one that can be worn literally anywhere. (except office occasions. Don’t wear these shoes to meetings.)

One of the best things about most trail shoes is the longevity that is provided. The shoe features a variety of materials in both the upper and the midsole to keep it performing at a very high level even after extended use. The midsole, for example, is created primarily from EVA foam, allowing it to retain the bounce and responsiveness that runners need while on the trail. The mesh on the upper of the shoe also works to stay in top shape even after extended use; the material doesn’t rip very easily and holds up rather nicely on terrains such as trails. The outsole of the shoe is where the real magic happens. It is designed from La Sportiva's FriXion material allowing it to attain a high level of grip and longevity.

This trail shoe, like most, works to provide the wearer a decent level of protection during use. The upper is relatively sturdy, allowing the shoe to prevent injury due to materials on the rough trail terrain. A toe cap is also featured on the toe box to prevent the wearer from taking on injury by hitting their foot on an object such as a large rock. The sole unit is relatively thick as well as firm, aiding the shoe in its efforts to provide a sense of protection to the wearer of the shoe. The midsole is highly shock absorbent, taking away the majority of the discomfort felt by the shoe during the extended usage periods. The thick design of the sole prevent rocks and the like from entering into the Mutant resulting in a highly capable shoe.

The EVA make of the midsole coupled with the mesh on the outsole of the Mutant allows for a high level of responsiveness to be attained by the shoe. EVA is known for being highly shock absorbent while also providing a high level of comfort to the wearer of the shoe; the material’s shock absorbing quality prevents discomfort and results in quick transitions during use. The outsole of the shoe and the grip attained also works to this effect, allowing quicker movements.

The Mutant is designed for use on natural terrains such as trails. It has features that are designed to allow the shoe to achieve high levels of grip on the more rigorous terrains; the lugs and patterning on the outsole work to increase the friction of the shoe. The upper, as well as the sole unit of the shoe, works very well on the slick, somewhat moist terrains as well. The upper of the shoe, while not being waterproof, dries very quickly and can take a bit of running on slicker surfaces. The sole unit and the rubber lugs that are used in the design works very well on wet surfaces.

The price of the mutant is about midrange. The shoe has a lot of technology included in the design that more than explain the price attached to it. The technology used in the design improves the functionality of the shoe while being used on the trail terrain. Things such as the FriXion rubber lugs on the outsole that improve the grip of the shoe and the mesh upper ae of these; both of these technologies allows for a certain level of functionality and improve the performance of this amazing shoe.

In terms of traction, the shoe has an extremely high level of it. The FriXion lugs on the outsole have a certain level of stickiness to them that allows the shoe to grip the surface that they are on with ferocity. This, in turn, improves the functionality of the shoe and resulted in an improved ride. The lugs on the bottom of the shoe have been given a V-shape patterning allowing a bit of variety on the sole unit and improving the gripping abilities tremendously. Not to mention the removable spikes on the outsole whose sole purpose is to dig into the surface of the terrain so that the wearer has a bit more surety in their movements.

Is it possible for a shoe to be both firm and flexible at the same time? Yes, it is because the Mutant has accomplished just this. The mesh design of the upper, while being relatively snug-fitting, allows for a decent range of motion during use; the upper portion of the upper is somewhat more malleable than the rest and doesn’t restrict the foot so much. The sole unit doesn’t provide this solely because of the thickness of the materials used in its creation.

The shoe has a fairly decent drop of about 10mm. When compared to the heel-to-toe ratio of other shoes, the Mutant’s drop is relatively non-existent. Overall, the feel of the shoe I somewhat natural and allows for a great level of comfort and does little to take away from the functionality of the shoe.

In short, the Mutant is simply amazing. La sportive has gone above in beyond in their efforts to create a shoe that did a lot to provide for the needs of the wearer’s feet in various areas. The upper of the shoe works to provide the wearer with a decent level of comfort and security. The lugs on the outsole and the EVA material in the midsole also works to this effect, improving the overall feel of the shoe. 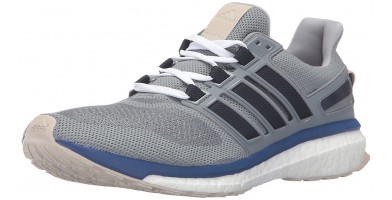 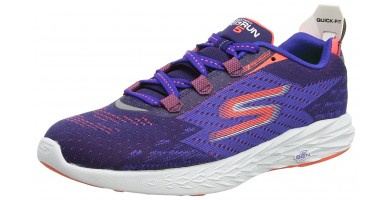 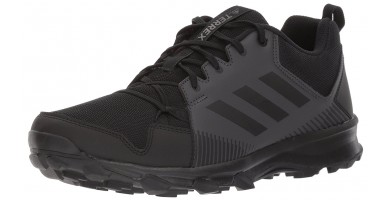