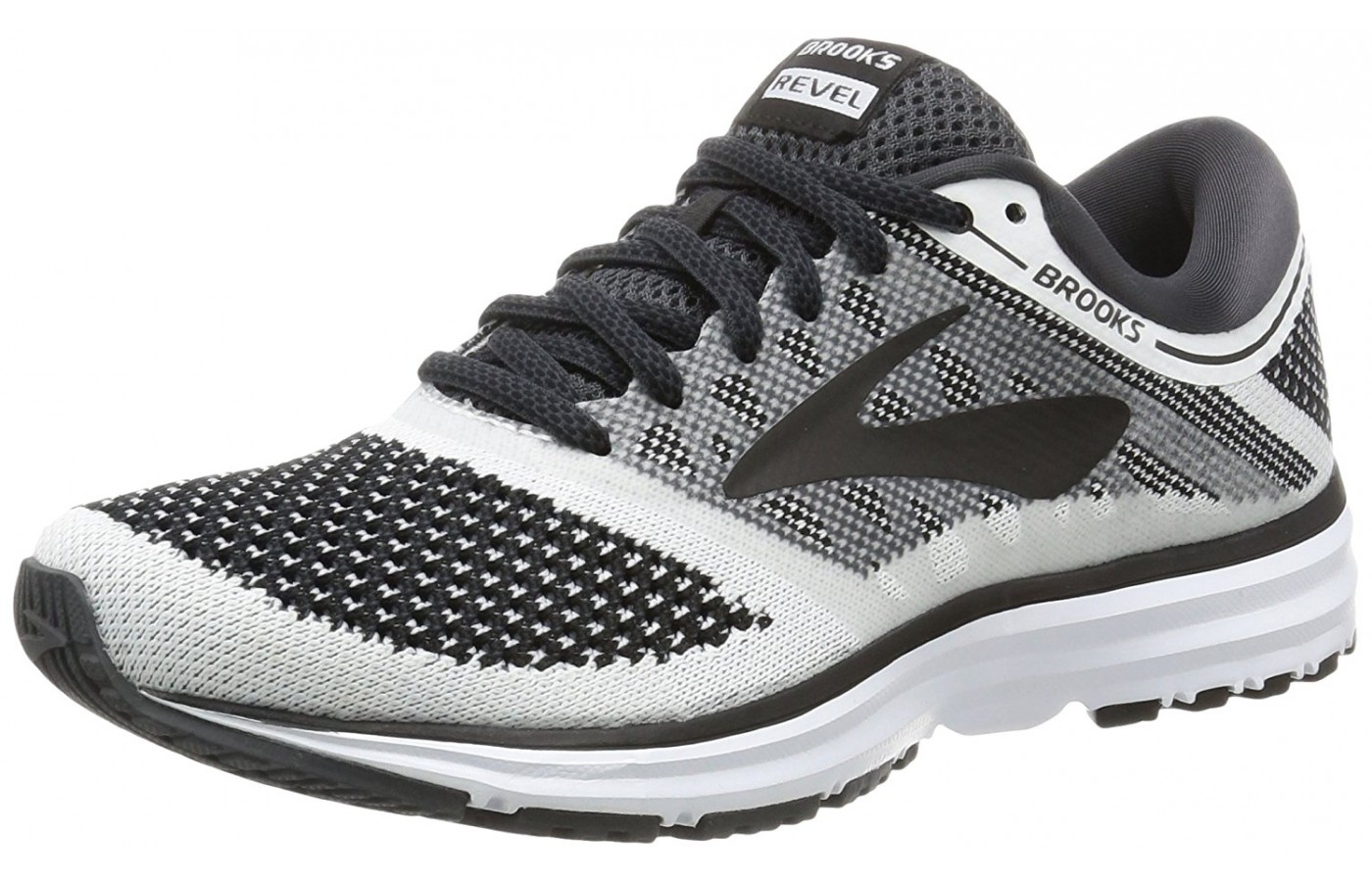 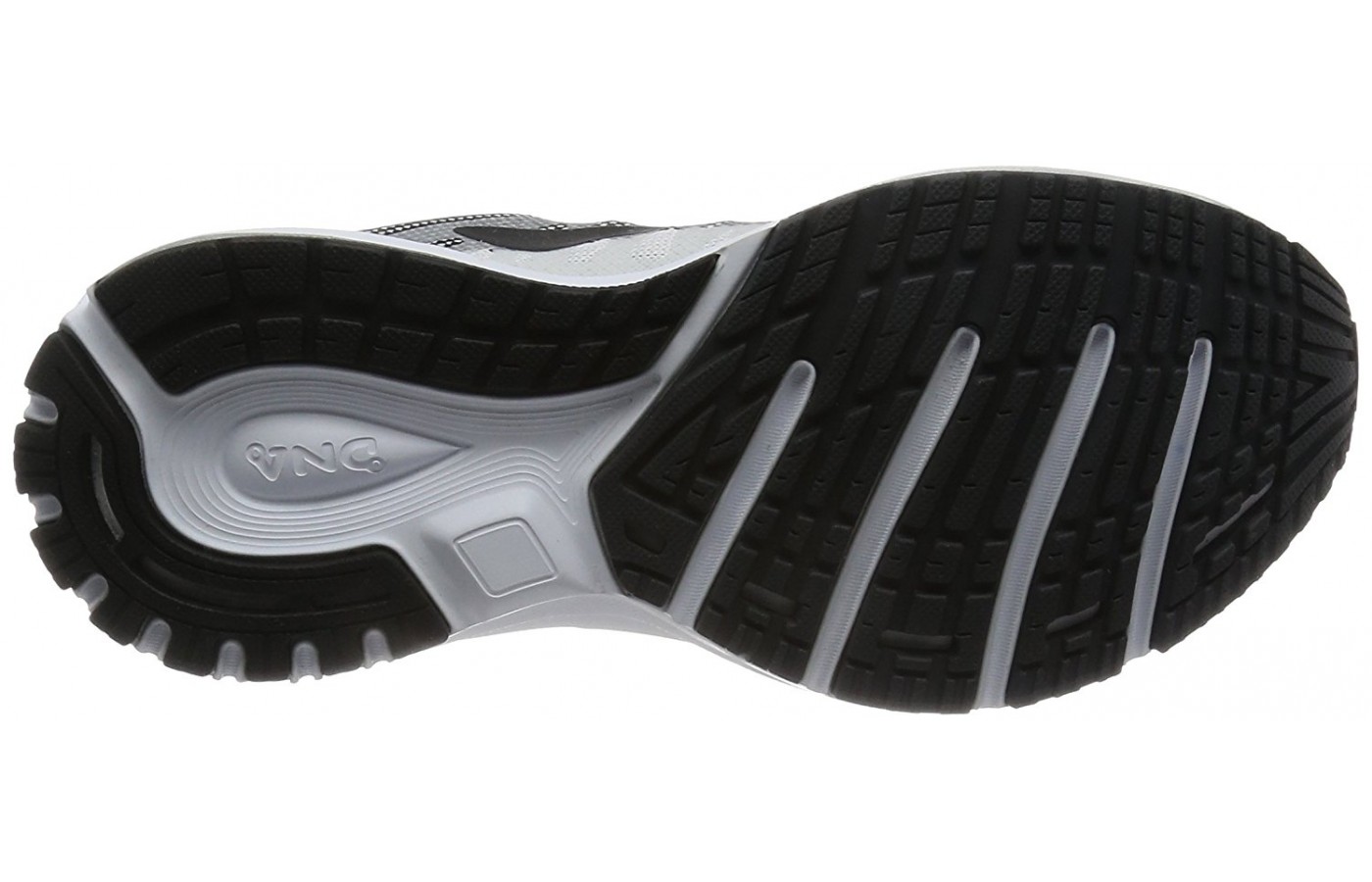 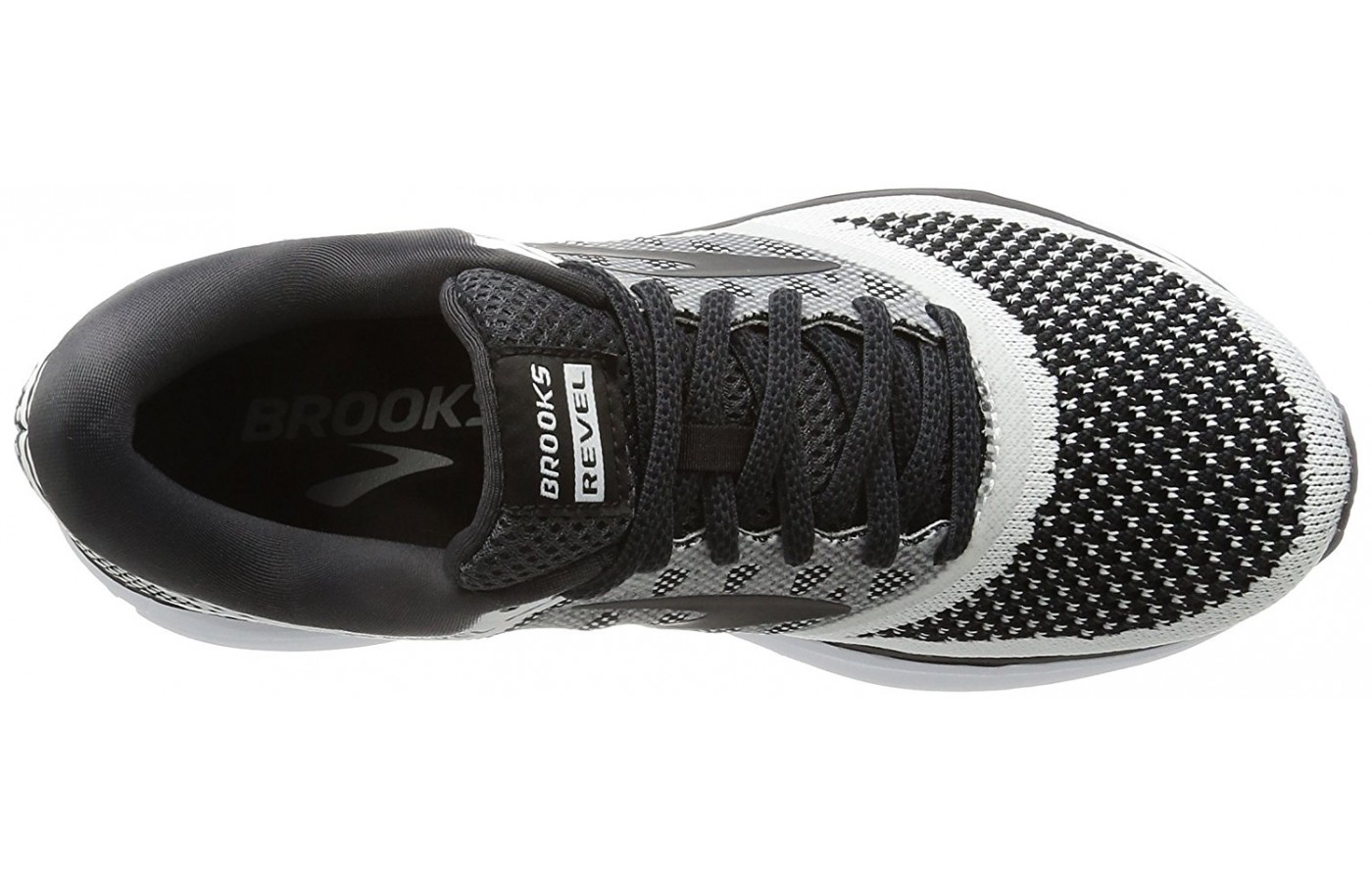 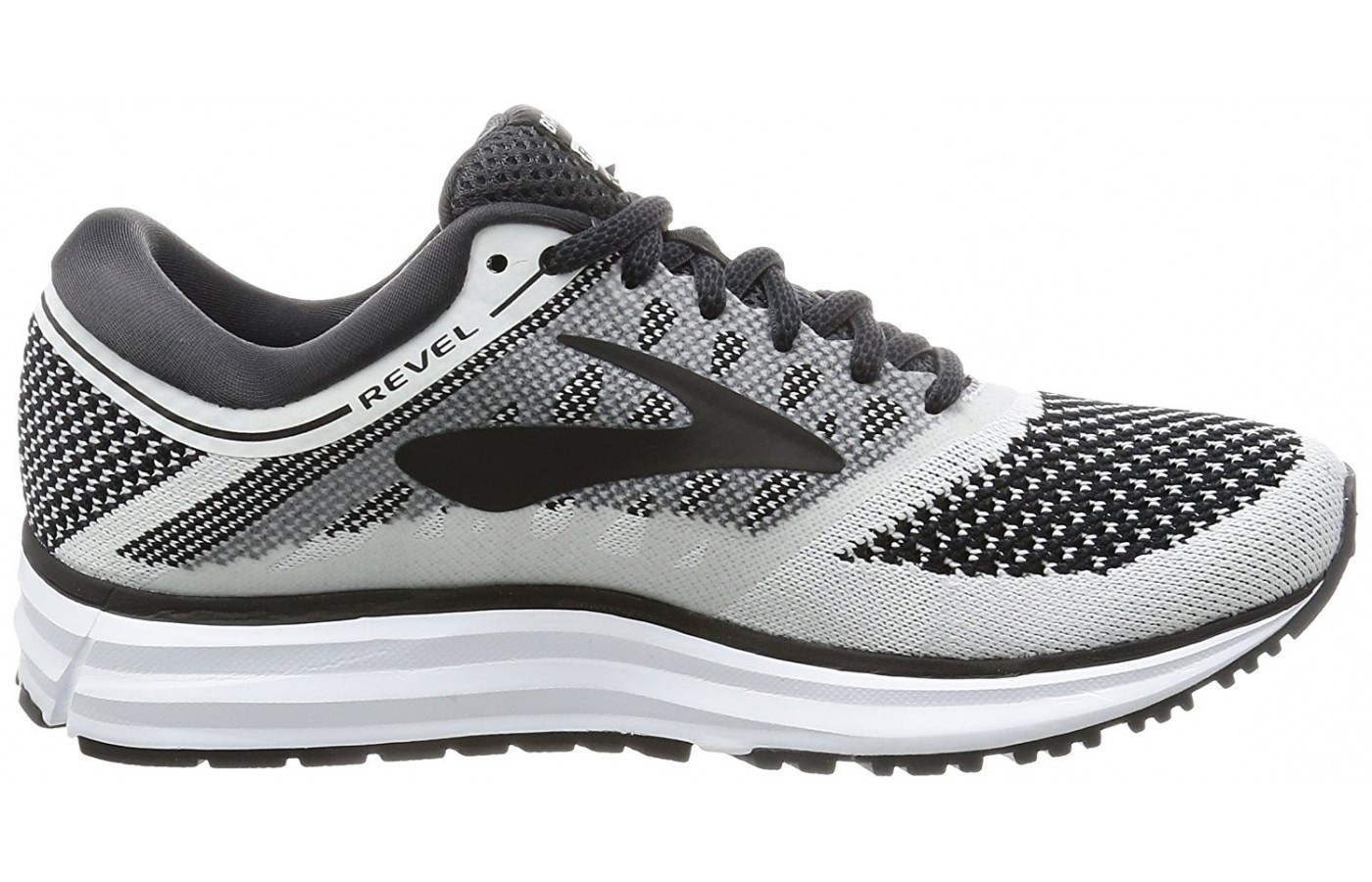 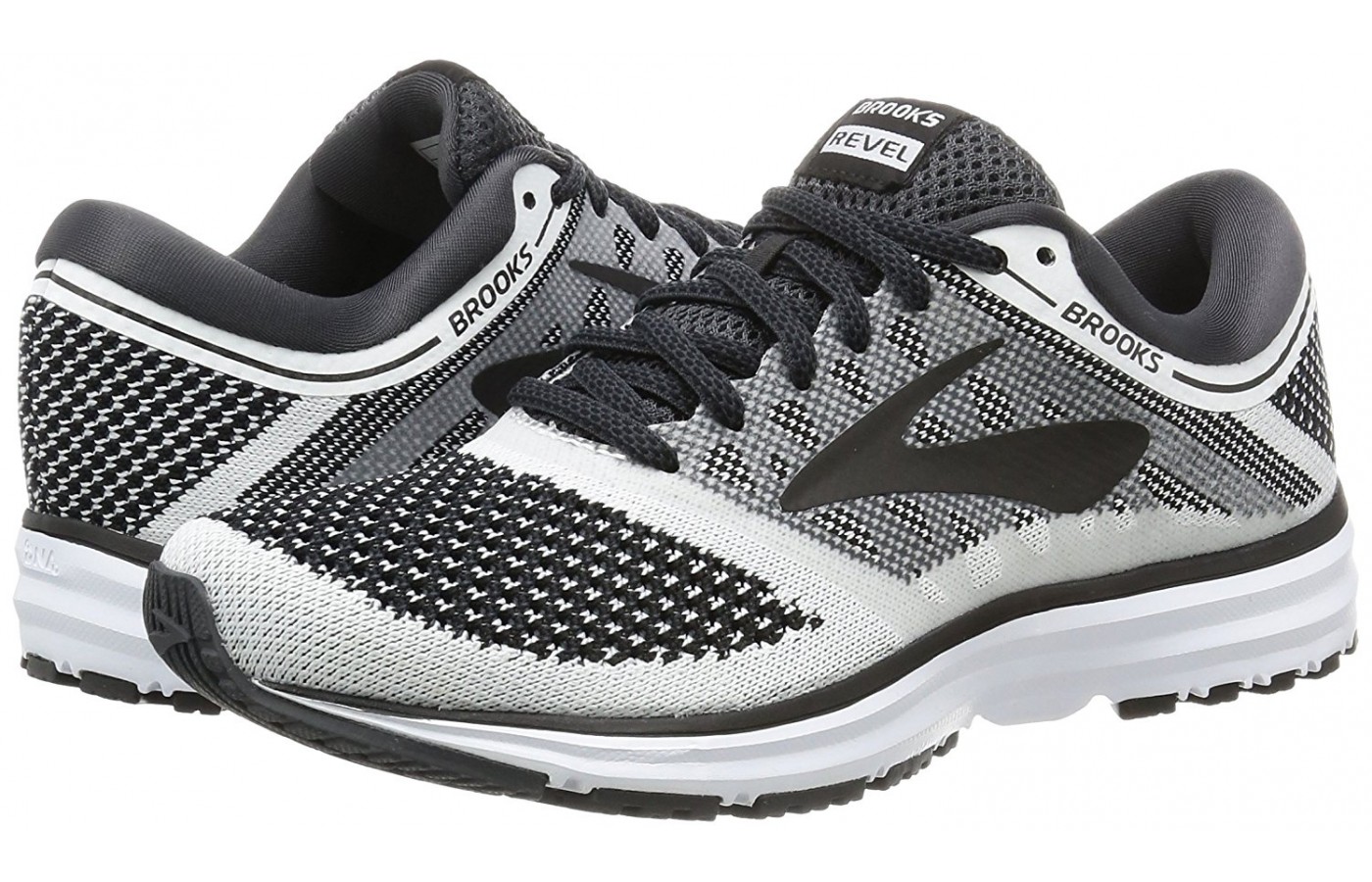 9.1
9.1 score
(WalkJogRun) score (9.1)/10
Our WalkJogRun score is based on 3 different factors: Editor's rating after in-depth testing. User ratings submitted on this page Overall score from the "reviewmeter" based on reviews across the web the weight of each factor is: 40% editor rating 15% user ratings 45% reviewmeter.
0
Editor rating: 9.0 / 10

Brooks does a great job of creating high-end shoes that have a low-end cost. The Brooks Revel has all of the things that runners nowadays look for in a shoe; it’s stylish, lightweight, and is durable enough to really be able to handle the terrain that it is used to run on with no problem. It seems as if Brooks was trying to prove a point with the design of this shoe; that they too can create a high-class shoe that simply looks and feels amazing on the wearer’s foot. It incorporates the standard technologies into its design with a few surprises in place here and there to make the shoe really pop.

Positive
Read more
Negative
Read more
Reviewmeter
The Reviewmeter shows you an overall score that you can easily refer to. The highest rating is 10 (100% positive feedback)
Of the 690 reviews we found in total, 8% were negative, and 92% were positive.
9.2
1
5
10

The outsole of this shoe is meant to provide the wearer with a decent level of durability as well as flexibility. The sole unit has a blown rubber material make that keeps it in-line with the terrain that the shoe is used on; the blown rubber is relatively durable and is a bit smoother than harder rubber variations such as carbon rubber. The rubber is in place on only the forefoot and heel of the shoe to really allow the wearer to get what they need in terms of flex out of the shoe; this means that other portions of the shoe are exposed, such as the foam of the midsole of the shoe. This shouldn’t be the worst thing seeing as the foam in the midsole of the shoe is on the more durable side of things.

The midsole of the Brooks Revel is designed from Brooks signature foam material; BioMoGo DNA. Their cushioning really allows the shoe to have a comfortable feel and results in a pleasant ride for the wearer of the shoe. There isn’t really anything that differentiates this foam from the foam used in other types of shoe since this is the same material that is used in various other Brooks model shoes. Something about this material is that the shoe doesn’t bend very easily and still works to give the wearer what they need in terms of stability while in use; that isn’t to say that the shoe doesn’t flex, the walls of the midsole simply don’t crease very easily.

The upper of the Brooks Revel is on the comfier side of things due to the use of the knit material in its design. The toe area of the shoe is knit so as to provide the wearer with what they need in terms of comfort and breathability. The inner part of the upper features a bootie that works to keep the shoe fitting snugly to the wearer’s foot. The majority of the upper, including the laces, is relatively standard; the lacing is flat and has no special feature to magically enhance the level of snugness felt by the wearer of the shoe. With that being said, the shoe does have ample cushioning in place throughout its design; the heel of the shoe, as well as the tongue, has what the wearer will need so that the shoe feels increasingly comfortable on the wearer’s foot. There are also a few printed overlays on the outer portion of the shoe to give the wearer what they’ll need in terms of structure for the design of the shoe. Aside from being knit, the upper on the shoe is also seamless, which adds another comforting aspect to the design of this shoe.

The upper of the Brooks Revel is meant to give the wearer a fair level of breathability, while not being done in such a way as to make the shoe feel as if it is non-existent. The shoe is designed from a knit material that gives the wearer what they need in terms of air-flow; the upper is perforated in most of the major parts of the shoe such as the toe box and the heel, which gives the wearer just the right amount of moisture-wicking in the design. Speaking of moisture wicking, the shoe has an inner layer that does a decent job of keeping the wearer’s foot dry while the shoe is in place. The thickness of the material may be a hindrance for those profuse sweating runners but for the most part, the shoe does a decent job of keeping the wearer’s foot in a state of comfort in the breathability part of the shoe’s experience.

In terms of comfort, the material that makes up the design of the shoe is done in such a way as to promote this quality. The upper of the shoe, for starters, is highly cushioned (due to the bootie construction) and is made from a knit material. The knit make of the upper allows it to really provide the foot with a malleable feel that simply conforms to the way that the wearer’s foot is shaped; there is no pressure placed on the wearer’s foot to bend in any way. The bootie construction on the inner portion of the shoe and the cushioning that it presents to the foot, really allows the wearer to have what they need in terms of comfort as well and does so unapologetically; the cushioning ads the shoe in conforming to the curves of the wearer’s foot and providing for them in terms of structure. Something else to keep in mind is the fact that the sole unit of the shoe is made of a foam that does it’s best to provide support and inherently provides wearer’s with a cushioned feel while the shoe is in use.

The shoe is definitely on the sleek side of things; and it’s supposed to be, it’s a running shoe. The Brooks Revel has a design that hints to the wearer that it is a bit more comfortable than the average running shoe and will work to provide the wearer with what they need in terms of functionality during use. Aside from this, the shoe comes in a plethora of colors which allows the wearer to really incorporate a decent level of variety into their outfits; this shoe can be found in colorways ranging from blue, yellow, and white all the way to a bright pink model.

The thing about this shoe is that, although it’s on the lower end of the spectrum in terms of price, it still lasts long enough for the wearer to get their money’s worth out of it. The blown rubber on the sole unit of the shoe really introduces the wearer to a high level of durability when the shoe is in use in areas such as roads and things of the like. The material tends to wear away gradually and retain its traction ability during the process. The upper of the shoe is knit and layered, this hints to the wearer that they’ll definitely gain a decent level of longevity from the shoe while it’s in use; the layered design of the upper prevents the shoe from breaking down during use and, even if it does, provides the wearer with ample time to wear the shoe during the process.

One thing that can definitely be said about the addition of the BioMoGo foam in the sole unit of the shoe is that it adds a level of responsiveness that wouldn’t have been achieved otherwise. The Brooks Revel’s use of the BioMoGo foam simply means that the sole unit will conform to the curves of the wearer’s foot with relative ease; this is one of the things about this material, the cushioning aspect of it really allows it to be rather malleable. The upper of the shoe has a decent level of structural integrity but is counteracted by the use of the perforations in certain, key areas; the toe box of the shoe and the heel, along with being breathable, provide the wearer with what they’ll need in terms of responsiveness.

The Brooks Revel can be used on various surfaces, simply because of the durability of the material that makes up the sole unit of the shoe. The use of the blown rubber on the outsole of the shoe really allows the wearer to have what they need in terms of functionality on various terrains simply because of the durability aspect of the material. The upper and the layering/perforations give it a decent level of versatility as well; the perforations and the layering really does a decent job of keeping the temp inside of the shoe balanced and not introducing the wearer’s foot up discomfort while the shoe is in use.

Something that was hinted at in a previous section about this shoe is that the shoe does an amazing job of finding that balance between price and quality. The Brooks Revel is a bit on the more inexpensive side of things. The lower price point of the shoe, as mentioned in the above sentence, does not hint to one that their shoe isn’t quality though; the materials in this shoe should work to give the wearer of the shoe ample time to really get a decent level of use out of the shoe.

The upper of this shoe is designed from a mesh material. While it does have a decent level of structure due to the use of the overlays that are in place, it is still able to move, quite easily, to the will of the wearer’s foot. The movement of the upper of the shoe is only boosted by the use of minimal rubber on the sole unit; the sole unit only has rubber in the areas that really require for it to be there such as the forefoot and the heel. The rest of the outsole leaves the foam material exposed which results in the shoe having that flex that is well needed for one’s foot during a run; it also results in a decent range of motion for the wearer’s foot when in use.

The heel to toe drop on the Brooks Revel is roughly 11mm; that is not something to smile at. The drop on this shoe aids it in really providing the wearer what they need in terms of transitions and reduces some of the strain associated with doing so.

The design of this shoe is not the worst thing in the world that’s for sure; to be honest, it’s nowhere near bad. The feel of the shoe is one that is highly cushioned due to the use of the foam in the outsole and the knit upper of the shoe. If what one is looking for is a decent level of transitions as well as stability, this may be the shoe for you. These features, along with the price, signifies that this shoe is definitely in the upper-quartile of shoes. 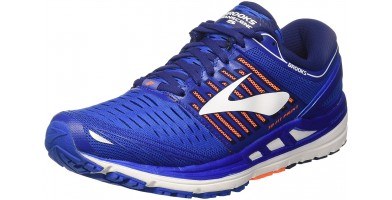 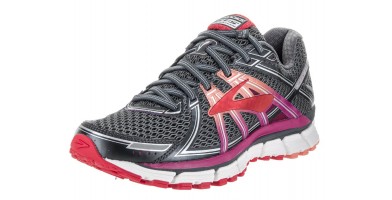 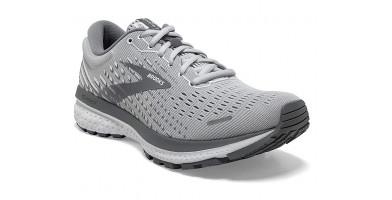