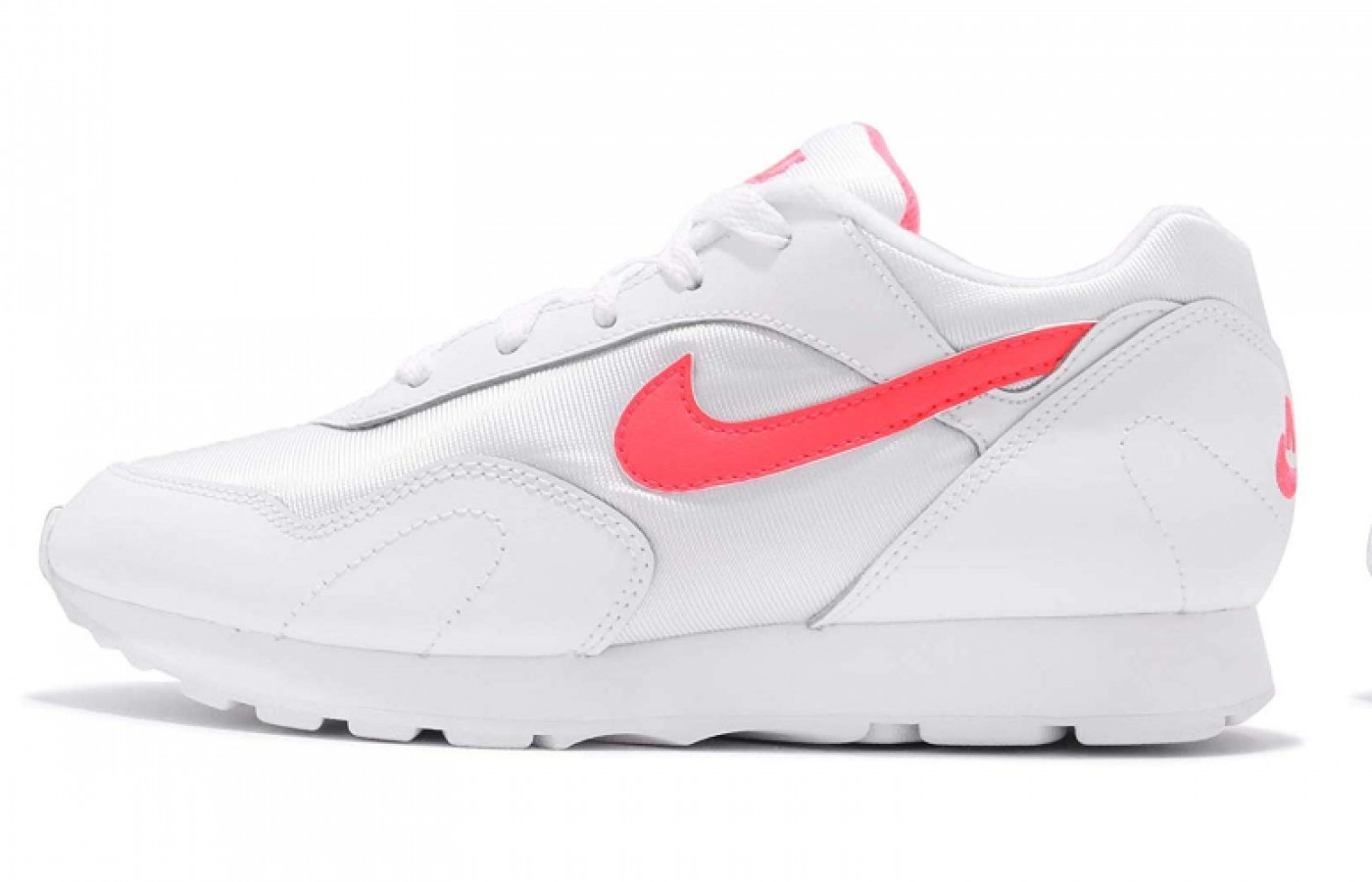 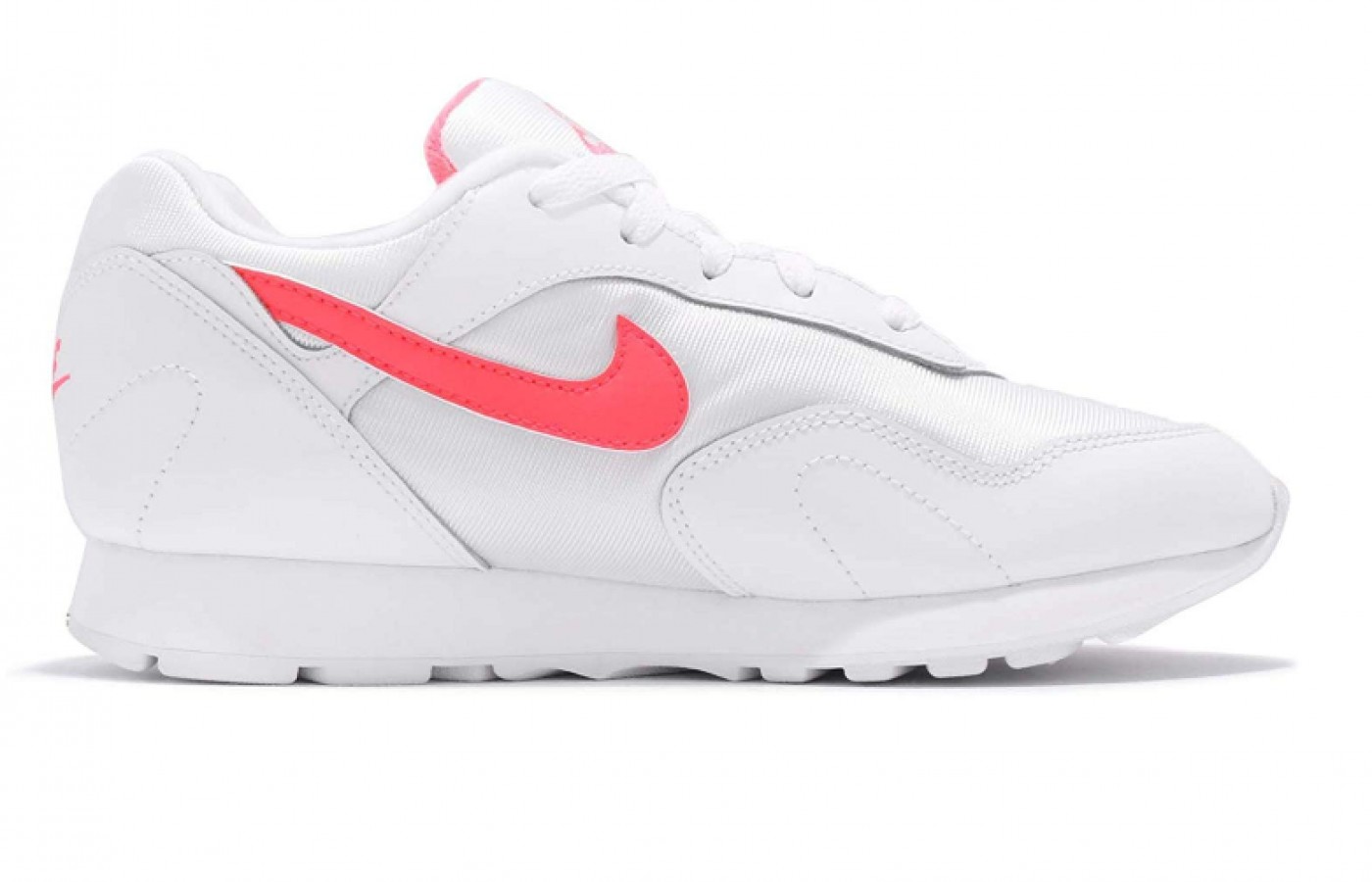 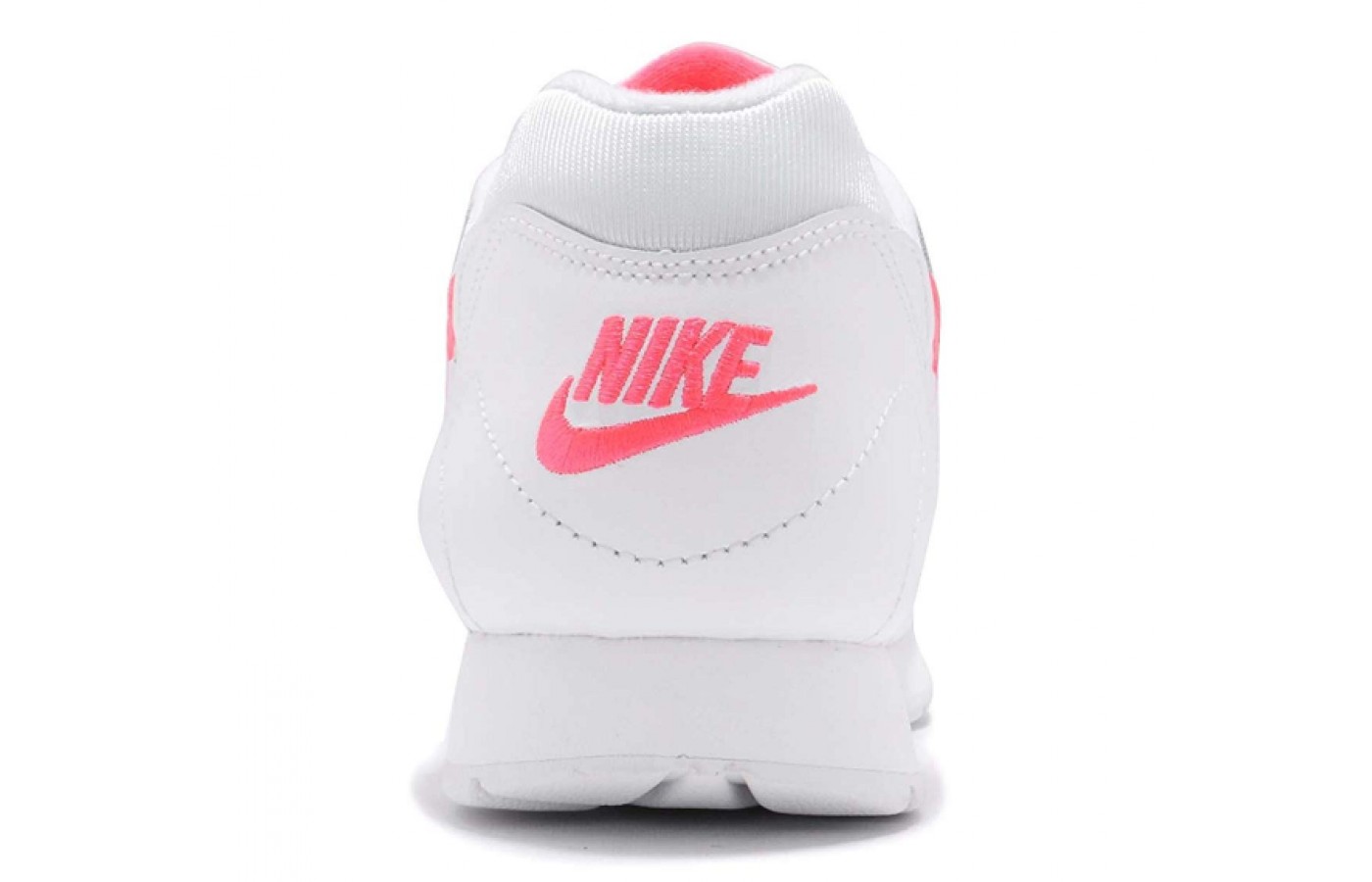 The Nike Outburst silhouette was first introduced in 1993. The grunge was having its heyday, action stars like Arnold and Sylvester Stallone ruled the movie theaters and the Supermodels were in.

It was a great period to live and grow up in, but with the surge of nostalgia comebacks that’s been dominating the mainstream, Nike jumped in and introduced the new modern version of the Nike Outburst sneakers. It’s a retro inspired release by Nike, and it’s something that put great excitement into the sneaker collectors all over the world.

But aside from the nostalgia factor, the re-introducing of the Nike Outburst Sneaker was met with positive comments all over the world, and the quality is still present as it was in the 90’s sneakers. But there’s a good reason why the world improved is used in this posts, and what’s been improved in the past 20 years or so, you’ll just have to read in the review bellow.

The classic rubber outsole has never looked better on a classically inspired sneaker. The sole measures approximately 30 mm or one whole inch, and it’s clean and simples as the rest of the shoe. The simplistic design of the outsole blends well with the simplicity of the entire shoe, and it’s precisely that outsole that will keep your feet firmly on the ground. This is as classic as it goes, and you’ll love the sneaker from the bottom up.

Did we mention that the word classic is written all over this sneaker? Well, the same can be said about the midsole of Nike Outburst Sneaker. The foamed midsole gives the best support for your arches, and for the rest of your body. Seriously that padded cushioning that Nike has is practically irreplaceable and it’s a welcomed addition to the entire sneaker. You’ll be able to feel the foam in the cushioning on the first try, and you’ll love it more with single step that you make.

Oh that upper. Just look at it. It’s gorgeous don’t you think? Inspired and designed by the great 90’s classic, the upper is an improvement made with the offerings of today’s technology. A mix of leather and textile in the upper, the Nike Outburst Sneaker is a mix of great materials that are blended in one comfortable piece. The leather that dominates in the outsole of the upper is intertwined with the mesh material, in such way that it promotes comfort, and effortless style. The mesh can be found on the sides of the upper, while the leather occupies the rest of the sneaker.
The inside of the upper is lined with synthetic lining, and the big Nike logo is also positioned on the sides of the upper, often in different color than the one used in the upper. The upper is reinforced with the classic lacing system, and the tongue of the sneaker is amazing and supportive as well.

When Nike was considering about the return of the good old design back, but with a new pair of shoes, the brought back the comfort that goes with those same shoes. And Nike didn’t skimp on the comfort in the Nike Outburst Sneaker. The classic rubber outsole starts the comfort part of the sneaker, while the padded foam cushioning finishes it. But the two parts work together to provide the best comfort that anyone can ask for in a shoe, without sacrificing the style and the design.

When we talk about support, we have to look at the entire sneaker. Every part of the Nike Outburst Sneaker provides some form of support, and you can say that it’s a team effort to deliver that support to your feet. But the rubber outsole really shines in this department. It makes the running really easy, and if you chose to wear this sneaker as a lifestyle everyday sneaker, the foamed cushioning will really shine through in the support. Team effort at its finest that brings out the best in the classic style of footwear.

There isn't a contest on which part could win the durability portion, but if it was, it would have to be a tie in. The main battle would be between the mix of leather and textile in the upper and the strong, durable rubber used in the outsole. Both parts (one from the top and one from the bottom of the shoe) contribute to the sneaker’s durability, and both sections are made from high quality materials that will ensure the longevity on the long run.

Yes, the presence of textile in the upper is quite small, compared to the dominant leather used there, but it’s not to be diminished or downgraded in any way. Although flexibility isn’t expresses as it would be, if this shoe would have been made entirely from textile in the upper, but there is some flexibility to be felt. The one inch thick rubber outsole also adds to the shoe’s flexibility and you’ll be able to see the benefits of both parts when you’ll run your fist mile in these sneakers. The flexibility is quite high for a leather shoe, and it’s what’s going to make these shoes irreplaceable in your shoe closet.

The stability in Nike Outburst Sneaker is present and you can find it mostly in the fantastic one inch rubber outsole. Because the design of the outsole is consistent, there aren’t that many great bumps and lumps that could jeopardize the stability of the sneaker. The lacing of the sneakers really contribute to the stability as well, and besides having a revival in style, the shoes are also revived in the stability department.

The airflow is present and it’s all thanks to the mesh found on the sides of the sneaker. The mesh in the upper allows the air to filtrate, the sneaker to be aerated and the synthetic lining inside the upper to help with the moisture wicking properties of the sneaker. But don’t underestimate the power of the leather itself. The leather is known for its temperature regulating properties and you can expect that your feet will be warmed and cooled when the occasion calls for it.

Because the Nike Outburst Sneaker is made to be a running and lifestyle sneaker, the terrain on which the sneaker can be worn are endless. Regardless if you chose to take these bad boys for a run at the park, for a walk or you use them as your everyday shoe pick for your everyday obligations. Going form and to work? Check. The sneakers will be there for you in the most comfortable way. And on that subject, if you by any change get caught in the rain while wearing them, don’t seat it. The leather in the upper along with the rubber outsole will protect your feet from any unpredictable weather conditions.

The rubber outsole on itself provides great traction, but the outsole in these sneakers is designed with fantastic ridges that will keep you on your feet. No terrain or any other surface can become a surprise for these sneakers, and you’ll be protected all the way. You’ll just love the traction that the Nike Outburst Sneaker has to offer.

Where to start in explaining the style? The Nike Outburst gives a sporty low-top style with its plush mesh upper. Yup let’s start from there. And that very same upper is protected with leather overlays who not only look great, they also feet fantastic. The Nike Outburst sneaker in black is considered the most versatile, but if you do chose a different color options, you’ll find that these shoes exhibit a sleek and slightly modest silhouette. That gorgeous modest silhouette makes the defining difference and a fantastic choice during various casual activities. And the possibilities are endless. You can pair this sneaker with jeans, shorts, skirts without any problem, and you’ll look amazing every single time.

Two and a half decades since its original 1993 release, the Outburst is still the epitome vintage running and tennis aesthetics pick. The union of mesh and leather is carefully selected and even more carefully designed on the upper. It’s as simplistic as it comes, offering minimalism, comfort and effortless cool synonymous of the design in the 90’s.
The new and improved Outburst version opted for clean classic colorways, and its design will bring back so many memories. Especially to the kids that grew up in the 90’s and were obsessed with these sneakers. Everybody wanted them, and I know that I did. But the 90’s nostalgia is not solely focused on shoes. For instance the Captain Marvel will be set in the 90’s and don’t be surprised if you find these sneakers on Captain Marvel’s feet.

The Nike Outburst Sneaker is a fantastic shoe. It has the soul of the 90’s but in a new and improved body. Nike played on the nostalgia factor, but it paid of beautifully. The sneakers are bursting with energy, retro feel and the classic design that only Nike can deliver, even when taking inspiration from its previous designs. The mix of mesh and leather in the upper add to the security, while the rubber outsole brings the comfort on these sneakers.
But although it’s a fantastic shoe, some things could have been improved to make it flawless. For instance, the padding in the midsole could have been greater. Because Nike Outburst Sneaker could be used as a running shoe, a lot of strain is put on the arches, so a greater cushioning could bring a lot more to the comfort of the sneaker. Also additional collar padding would be nice as well. Aside from the padded in the midsole, there isn’t any other form of padded footbed and this reflects poorly on the quality of the sneakers. And if Nike really wanted to step it up a notch, they could have made the padded cushioning removable. That’s right a removable footbed brings so much variety to the sneaker, without losing the comfort that the sneaker has.

But the intentions that Nike had in this product are clear. The company wanted to introduce something familiar and nostalgic to the consumer, without being too ostentatious. Something that millions of us fondly remember. A nice memory of our past, that brings back nice feeling of familiarity. Of comfort. A great shoe that has been brought to the present all over again and given a new lease of life. The Nike Outburst Sneaker is a great reminded of a great decade.