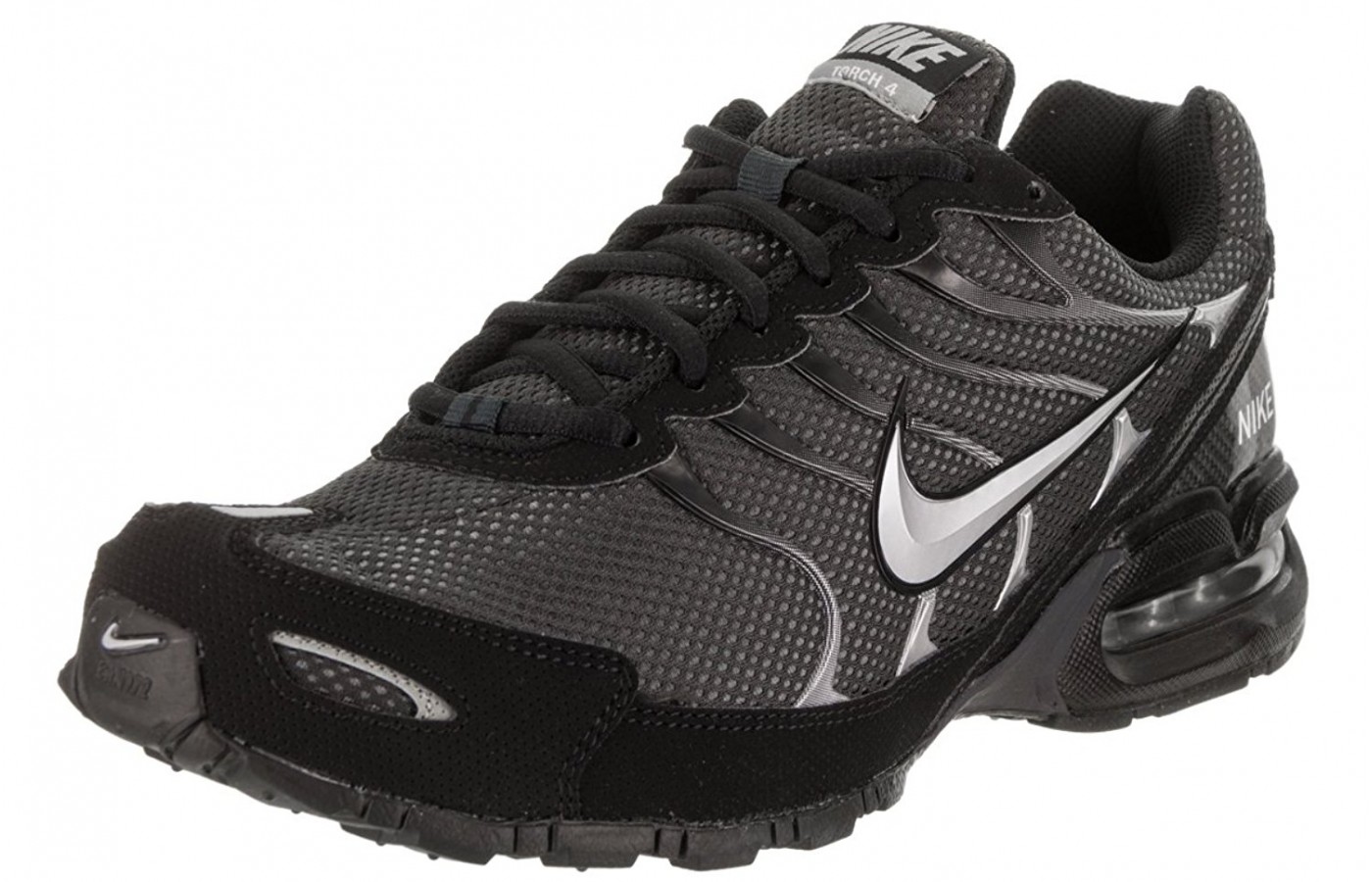 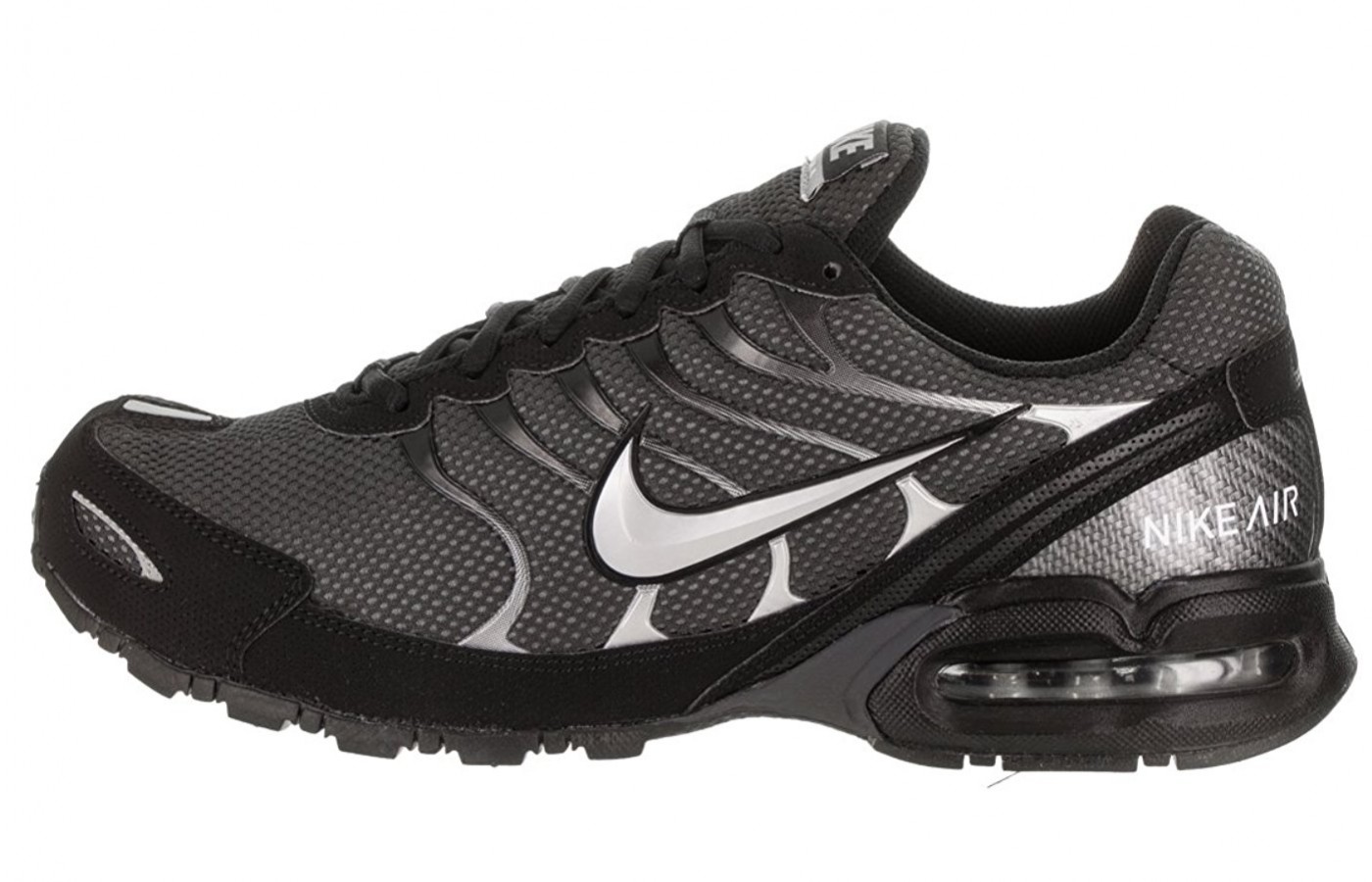 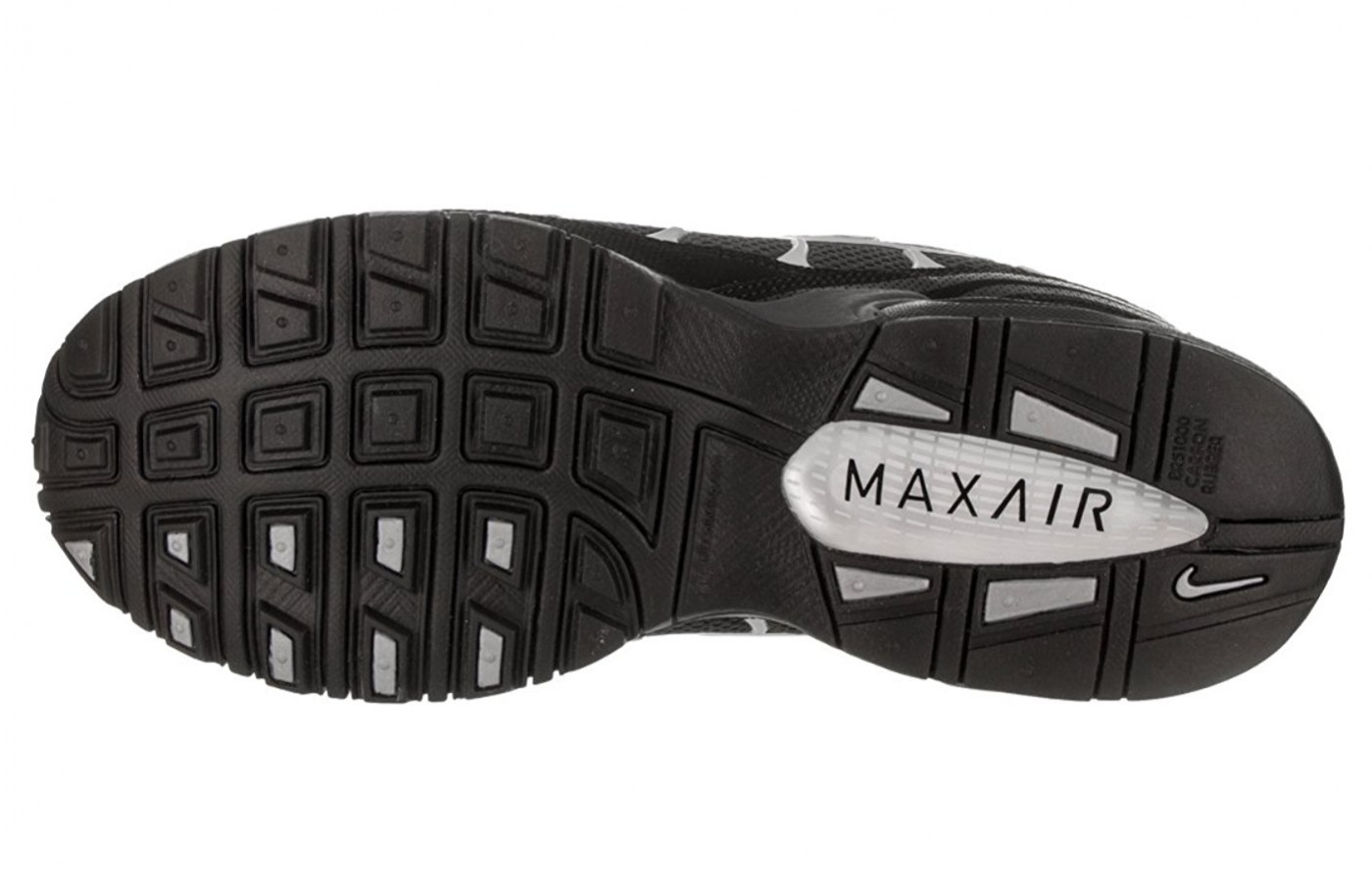 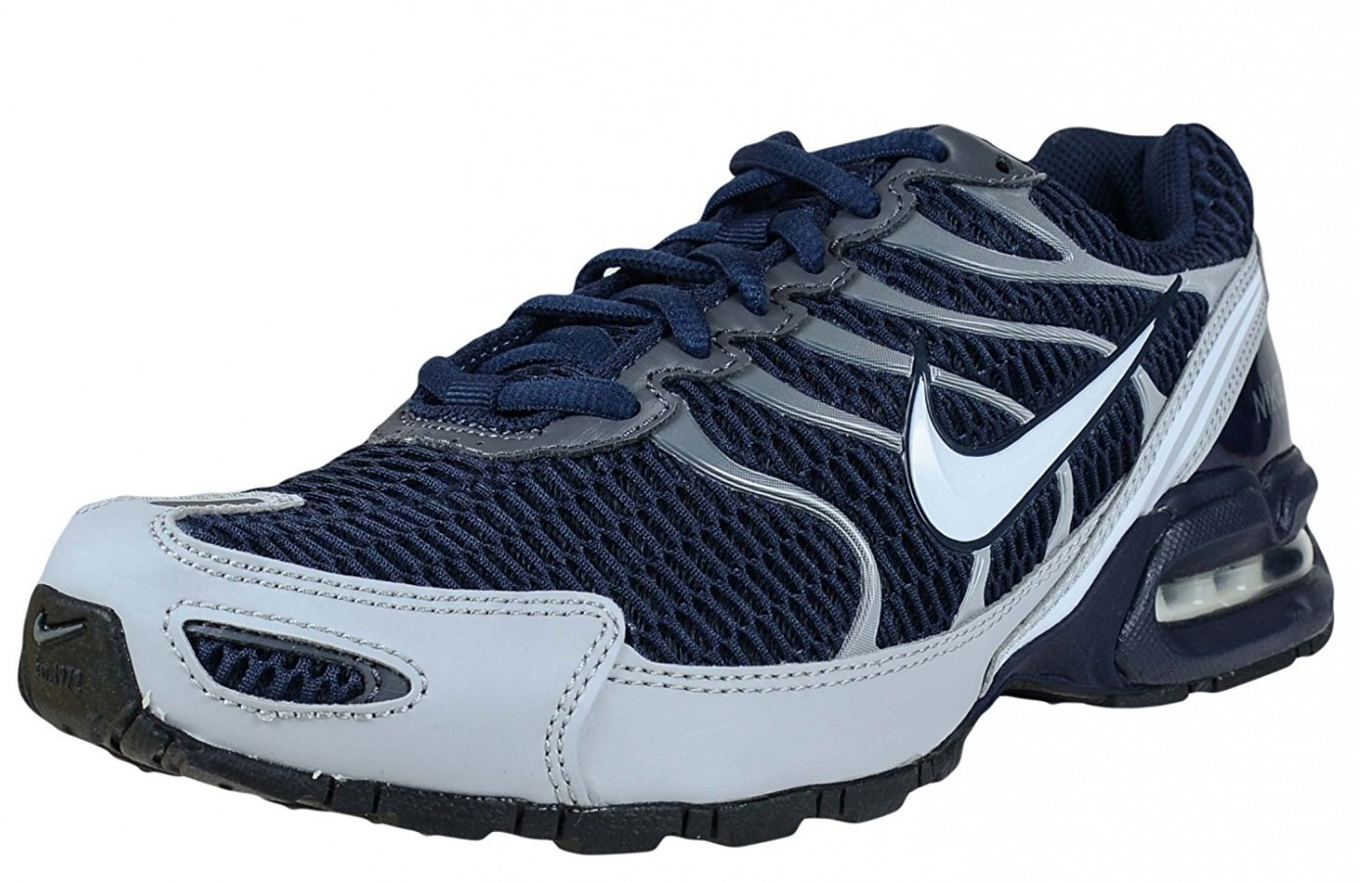 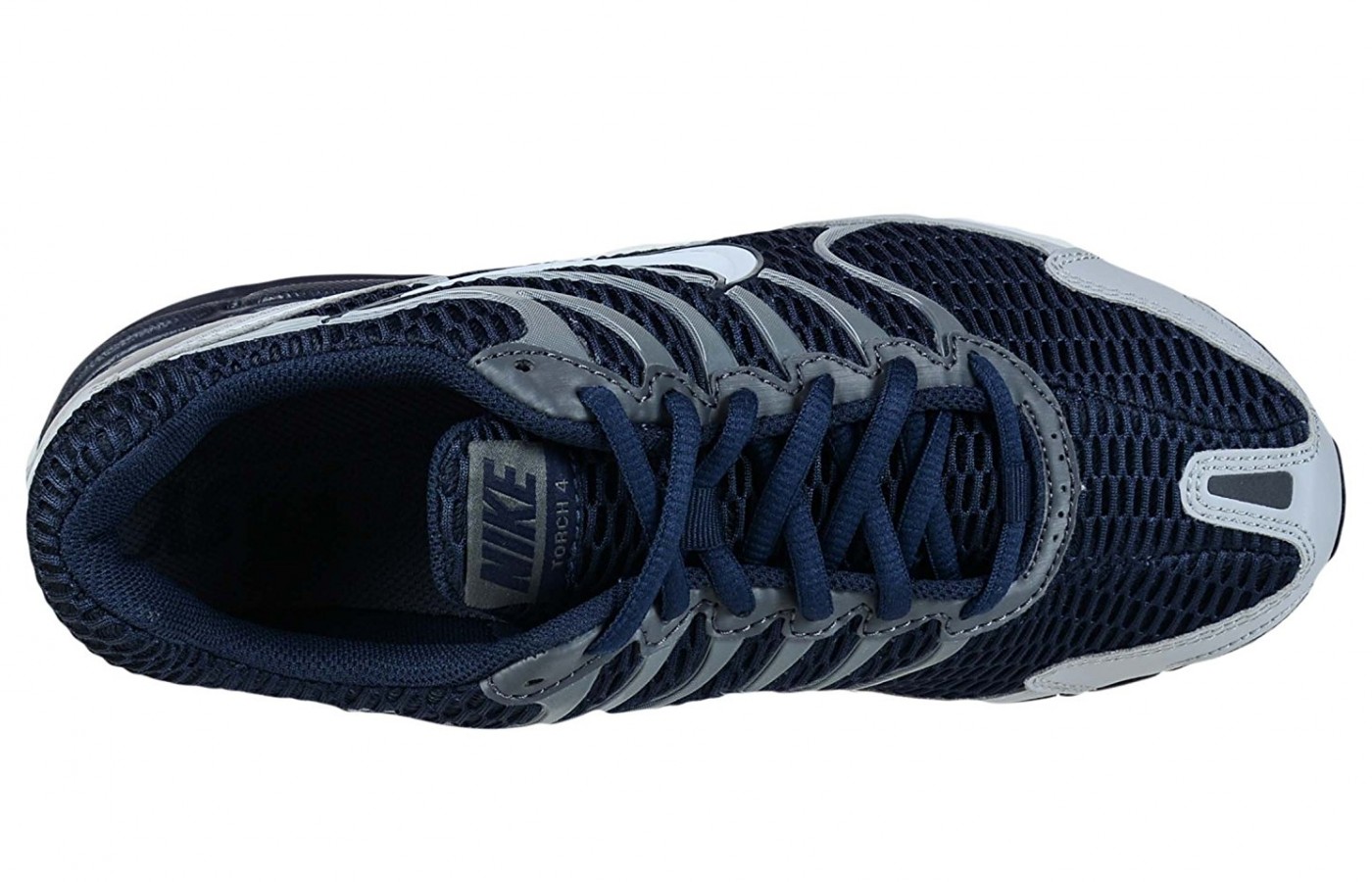 The Torch 4, having been first introduced September 2015 has lasted the tests of time and is still prevalent in people’s rotations to this day. With this in mind, the Nike air max torch is considered one of the lesser-known beauties in the running shoe world. Built from durable material and given an attractive design, this is one of the shoes that a person could wear on and off the track without fear of damaging them. It also contains several technologies that aids the wearer in their performance efforts and gives them a comfortable ride while doing so.

The outsole of the Torch 4 is a thing to behold. The outsole of the Air Max Torch 4 is made from rubber that I fitted into a groove pattern; the same pattern that has been on this style of shoe for several years. The rubber of the outsole is somewhat thick also, which gives the shoe that durable quality that allows it to withstand the multiplicity of terrains that it will be used on. The quality of the outsole also gives it the ability to be used as a cross-trainer which is a quality that it well-sought after in this era of a different shoe for different activities.

The midsole on the Air Max Torch 4 is very minimal. Nike has decided to skip over the forefront of the shoe and load up on the foam material in the back of the shoe. This lack of midsole actually aids in the shoes comfort giving ability and provides more in the way of heel-to-toe transition. The foam that makes up the heel of the shoe is fitted with an Air-sole unit, which also aids the shoe in it’s comfort giving ability. Overall, less is more with this Air Max.

The Upper on the air max torch 4 is configured with layers upon layers of material, which isn’t necessarily a bad thing. The upper is comprised of a mix of both mesh and synthetic materials, the blend of which aid the shoe in the areas of breathability and comfort. Most of the upper is comprised of a mix of both mesh with splashes of leather here and there that make the shoe a bit sturdier than the average running shoe. The leather that the shoe is fitted with acts as a sort of splash guard, which explains why it runs the length of the shoe. The toe box on the Air max Ultra is also quite rooms allowing for ample space for both welling of the toe’s and for movement while the shoe is in use.

Weighing in at 3oz for a size 11.5, the Torch 4 isn’t the most lightweight shoe. The weight of the shoe isn’t that surprising once all the materials that are inside are considered. Being made of a mixture of mesh and synthetic leather along with a decent amount of cushioning, it makes sense of it to be relatively heavy. The air bubble and dense plastic that makes up the sole also adds a fair amount of weight to the shoe; explaining why the shoe is better suited for shorter distance runs.

The Torch 4 isn’t the best in terms of overall breathability. Nike sort of counteracted the breathable qualities of the mesh itself by also fitting it with the ample cushioning, which isn’t necessarily a bad thing, but it does hurt the shoe in this category. The effects of the leather that acts as a splashguard and that gives it an aesthetically pleasing look, also restricts the airflow inside of the shoe. Overall, this doesn’t necessarily affect the shoes’ ability t deliver a comfortable ride, it does affect the feel that it gives while in use and may result in a sweaty foot if in use for long periods of time.

The Nike air max torch 4 is a comfortable shoe. Nike has made sure to add in ample amount of cushioning on the inside of the shoe meaning that the wearer will not have to worry about on foot experience. Also, the air pod that Nike has equipped the heel of the shoe with provides ample heel support which really help during those midrange/ low paced runs. The mesh material that makes up the shoe’s upper also provides the wearer with a snug fit, which is another plus.

The Torch 4 has an overlooked type of style that most shoe buyers simply overlook; that’s one of the things that makes this shoe so great. Sporting a layered upper that comes I a variety of attractive colorways, the shoe is a site for sore eyes. The sleek deign of the shoe also gives it an edge over other shoes, mainly because it can be worn with the clothing that’s in style now-a-days. With that being said the Torch 4 is very versatile in its apparel coupling capabilities, it can be worn for its intended purpose and it can be worn for purely fashionable reasons, it’s up to you.

Some say that the material that makes up the Nike Air Max Torch 4 is subpar, but when actually looking and feeling the shoe, one can tell that it’s of decent quality. The Upper, as stated earlier is made of a mix of both a mesh overlay and synthetic leather. The stitching of these materials allows the user to get their monies’ worth out of these shoes. The padding within the shoes, coupled with the layering also ensures that the torch can withstand the flexing that comes with constant movement of the foot. Now, the sole on the Torch 4 is also relatively stable compared to various other shoes of its caliber means that the wearer will be able to get well over the regular 300 miles or so that running shoes in the Torch’s price range usually get.

The Torch 4 provides the wearer with decent protection, considering the material that it’ made of. The layering that Nike used to give the shoe a sense of style also makes it a bit firm; meaning that the wearer wouldn’t have to necessarily worry about the dangers of the outside world dealing extensive damage to their foot. The shoe has several guards strategically placed throughout the upper of the shoe, giving it another form f protection; these guards come in the form of a toe guard, heel guard, and a splash guard. Aside from the upper, the sole of the shoe is sturdy considering that it’s made of rubber and all. Overall the shoe is providing the wearer with a decent amount of protection, mainly because of the overwhelming level of craftsmanship that Nike uses when they make their shoes.

The sole on the Nike Air Max Torch 4 is made in such a way as to provide a responsive ride while in use. The qualities of sole, mainly the spikes and the rubber that they’re made of, gives the shoe that bouncy fee that gives the user that extra push that they need when the shoes are in use. The best thing about the sole though, is the midsole that it’s equipped with, Nike has placed air pods in the heel of the shoe giving it the extra bounce that is needed when they are in use. Overall a quality sole that gives the wearer that extra bounce that’s necessary when it’s necessary to perform.

When it comes to support, the Nike Air Max Torch 4 may disappoint a little bit. The sole does rise a bit in the heel of the shoe, giving the heel a bit of arch support but the shoes’ overall sleekness somewhat takes away from this benefit. The shoe is somewhat slender, which means that it doesn’t really provide support to the forefront of the foot; this isn’t that big of an issue considering that the shoe is extremely comfortable, but it doesn’t help the wearer in any way.

Despite the lack of overall support, the Nike Air Max Torch 4 is very versatile in it’s ability to handle various terrains. The sole on the shoe is durable, meaning that the shoe can be worn on anything from a trail to a treadmill; this is a good thing considering the price range as well. Also, the upper’s firmness also gives the shoe the ability to handle the terrains that it may be subject to. The splash guard running the length of the shoe allows the Torch 4 to be able to deal with wet surfaces such as puddles and other things of that nature; a big bonus considering the mesh that is also a part of the shoes’ upper as well.

Here’s the best part about the Nike Air Max Torch 4; it’s surprisingly inexpensive. The low price of the Torch 4 makes it an ideal shoe for the person looking for a versatile but pocket friendly shoe. Considering the technology that has been placed inside of the shoe and the craftmanship with which Nike is known for producing its shoes, the Torch 4 is a value-packed shoe that fills the needs of the average consumer. If the style of the shoe is factored in as well, the shoe is well-worth the minimal price that it’s available on the market for.

The Torch 4 can also handle very well on a variety of surfaces; this isn’t surprising considering the Torches’ ability to withstand the multiplicity of terrains that it is put up against. The Torch 4’s cleat-like rubber outsole allows it to get a grip on the surfaces that it’s placed up against. This is mainly because of the rubbers’ distinctive qualities and the spacing in between each of the moldings on the sole. Not a bad deal for such an inexpensive shoe at all.

Nike tried but they just couldn’t quite get this shoe to be very flexible. The overlays that the Nike Air Max Torch 4 is equipped with doesn’t really allow the shoe to get bend that most running shoes’ now-a-days are able to get; the synthetic material just isn’t malleable enough. The minimal outsole somewhat compensates for the shoes overall lack of flexibility by allowing the bottom of the shoe to flex; bending to will of the users’ foot. The mesh also tries to compensate for the synthetic fabrics’ lack of malleability which it does partly do, just not as much as it should.

The firmness of the Torch 4’s upper definitely gives it the feel of a stable shoe. This is mainly due to the overlays on the top of the shoe which, in a way counteract the mesh make of the upper and give it the feel of keeping the sides of the foot in place; somewhat restricting their movement. The wideness of the heel also provides a sense of stability for the back of the foot.

The Nike air Max torch 4 has a relatively high heel-to-to ratio; this is mainly due to the somewhat thick midsole that is equipped with the Nike air pods. The combination of both the high heel-to-toe ratio gives the shoe the smooth transitioning capabilities that the wearer will need when performing their activities.

Overall, the Nike Air Max Torch 4 is a solid shoe. For the price that Nike sells the shoe for, people won’t really find a better deal. It has outstanding gripping capability, along with that it provides a decent amount of return due to the air pod that Nike placed in the heel of the shoe. Other than the underwhelming amount of air circulation that the Torch 4 can achieve, it doesn’t really have any other down sides. 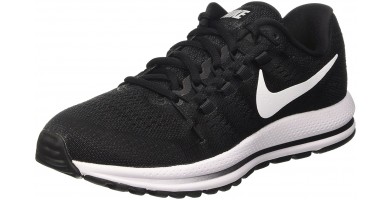 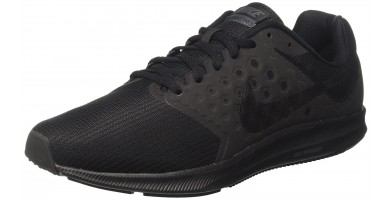 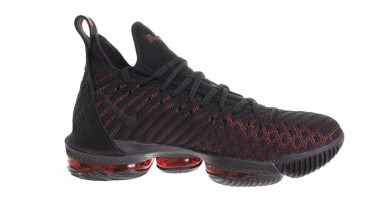