I Didn’t Know I Was a Runner 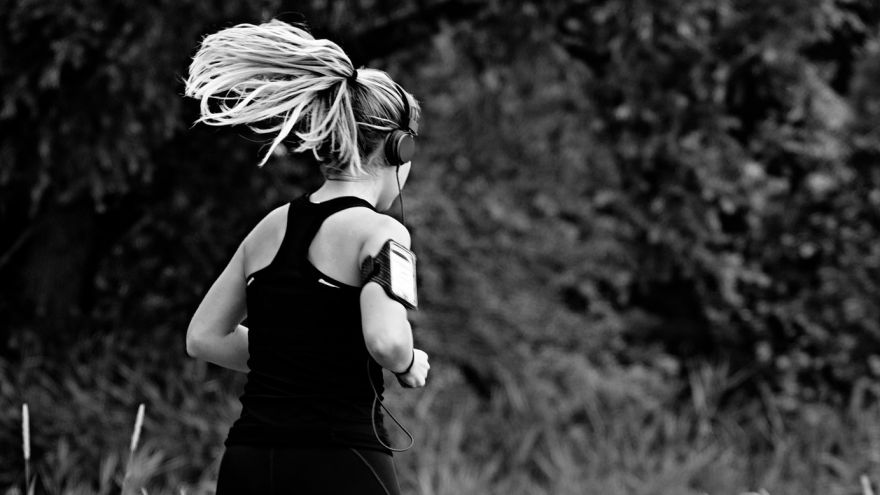 I Didn’t Know I Was a Runner www.walkjogrun.net

I didn’t know I was a runner… not for a long time anyway. To me, a runner was someone who was on a track team of some sort or ran multiple miles on a daily basis. A runner was someone who took running seriously and got rewarded for running by either being paid or winning competitions. But honestly, how could I know what made someone a runner when I really knew nothing at all about running?

I remember thinking that a runner looked a certain way, ran a certain speed, number of miles, or multiple races at a competitive level. I had heard the term “weekend warrior” and decided that must be what I was because the only time I ran over one consecutive mile was on Saturdays a handful of months a year with my gym mates. I didn’t think I was fast and I didn’t run every day, I obviously was not a runner. Perhaps it wasn’t until the moment I typed the heading of this post that I realized that I am a runner. 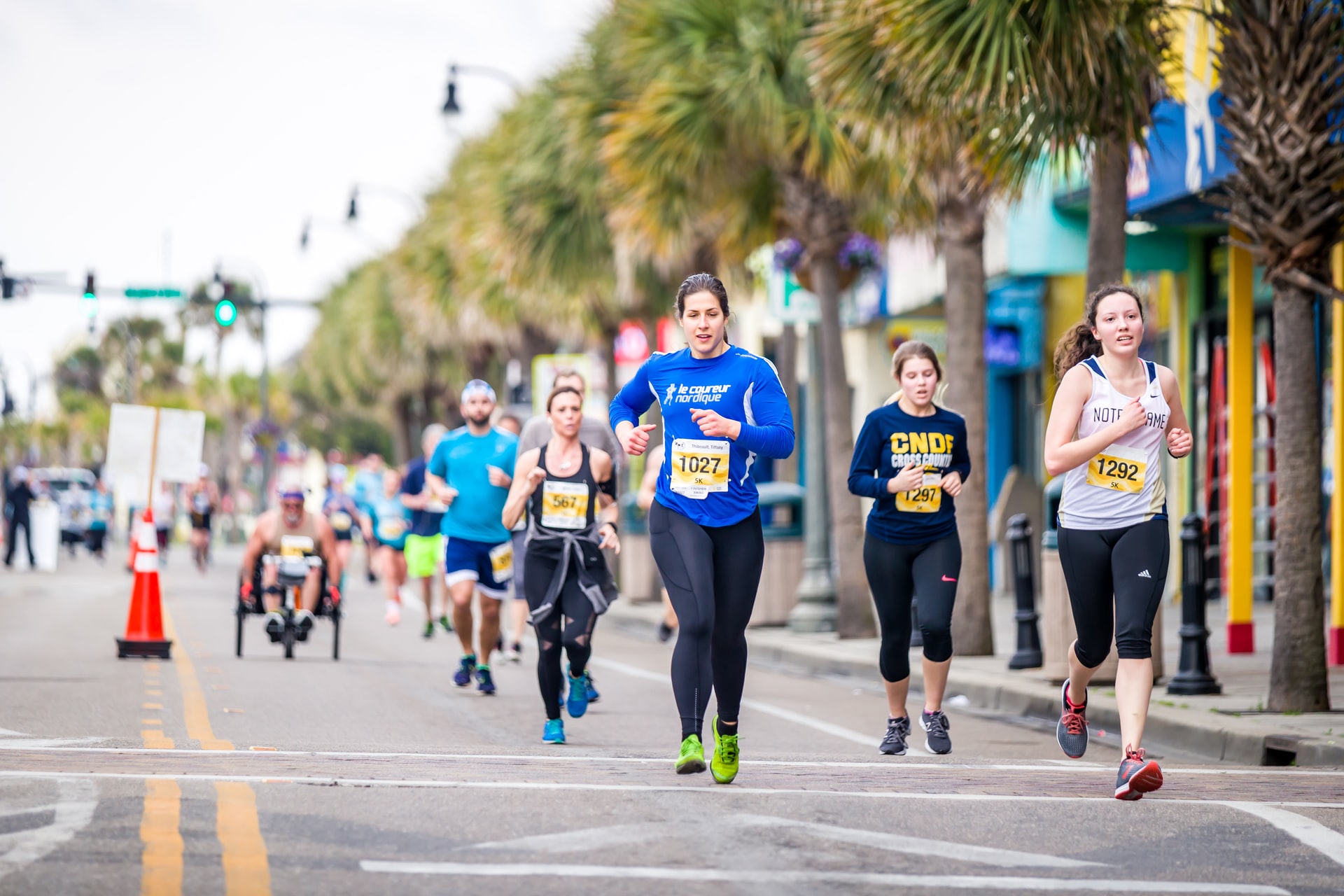 When Do You Realize You’re a Real Runner?

I have listened to a decent number of podcasts in which people talk about how they didn’t know they were runners. Recently a lady said it wasn’t until after she ran her fifth marathon or so that she realized she was a runner. That seemed shocking to me. This lady ran over 26 miles multiple times because she wanted to but she didn’t know she was a runner.

Then I was like wait… I’ve been running 4 days a week consistently for about 19 months and have run over 30 races and somehow, I was not referring to myself as a runner.  I might even consider myself to be a decently fast and competitive runner now, and still, I had not been outwardly calling myself a runner. I may tell people that I run and compete in obstacle racers but if someone asked me what I am I am not sure if the word runner would be a part of my response. 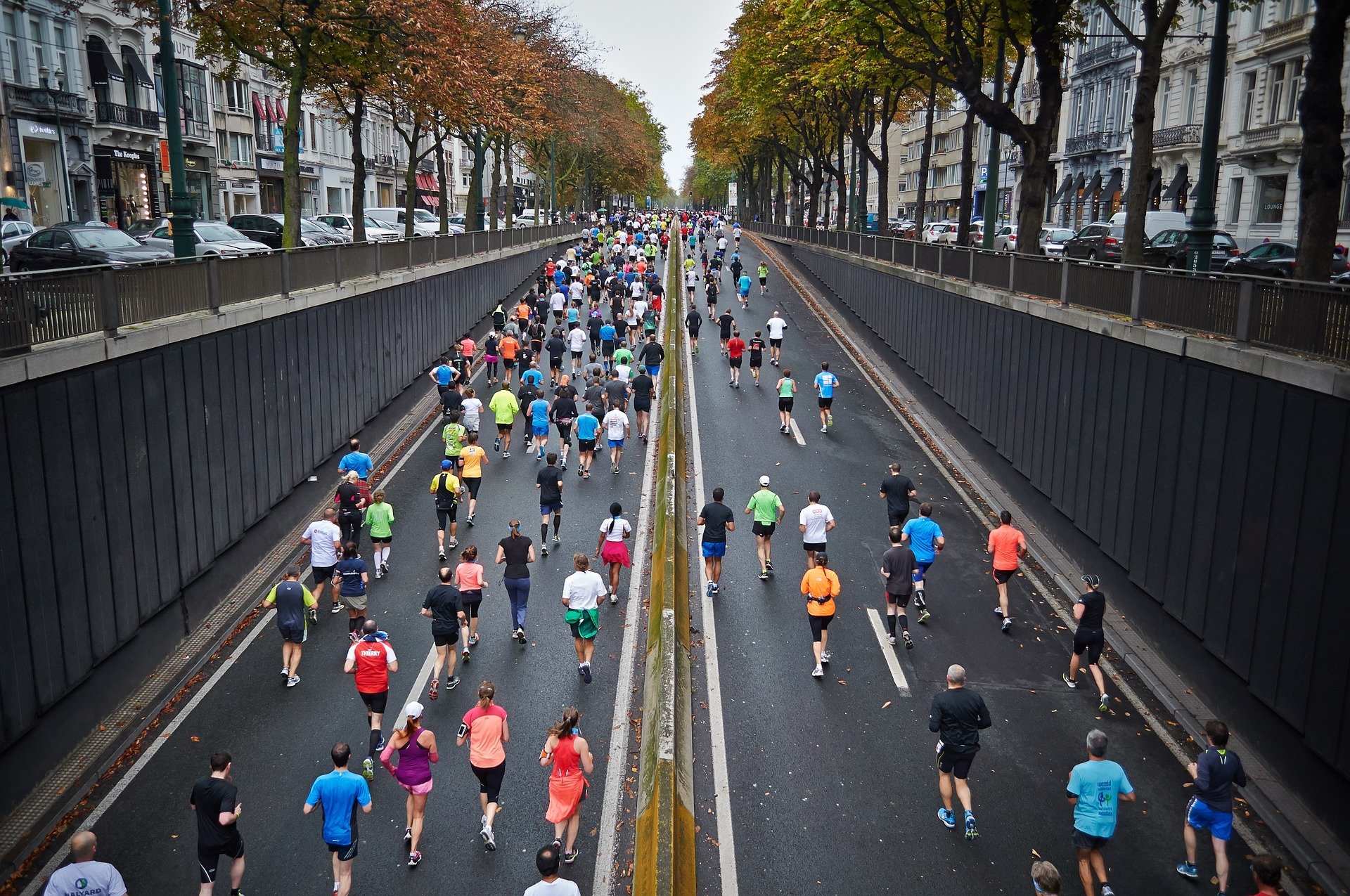 Why do people who haven’t run the majority of their lives feel as though being a runner is some sacred thing that they cannot dare bestow upon themselves? Perhaps it is because of the great amount of respect that we have for the people who have so much running talent we cannot even wrap our minds around.

Perhaps it feels disrespectful to put ourselves in the same category as these people with superhero speed. Or it that we are scared to call ourselves runners? Perhaps we worry that if we give ourselves that title we are then required to run daily, great distances, or faster speeds. But you know what… I am a runner, are you? 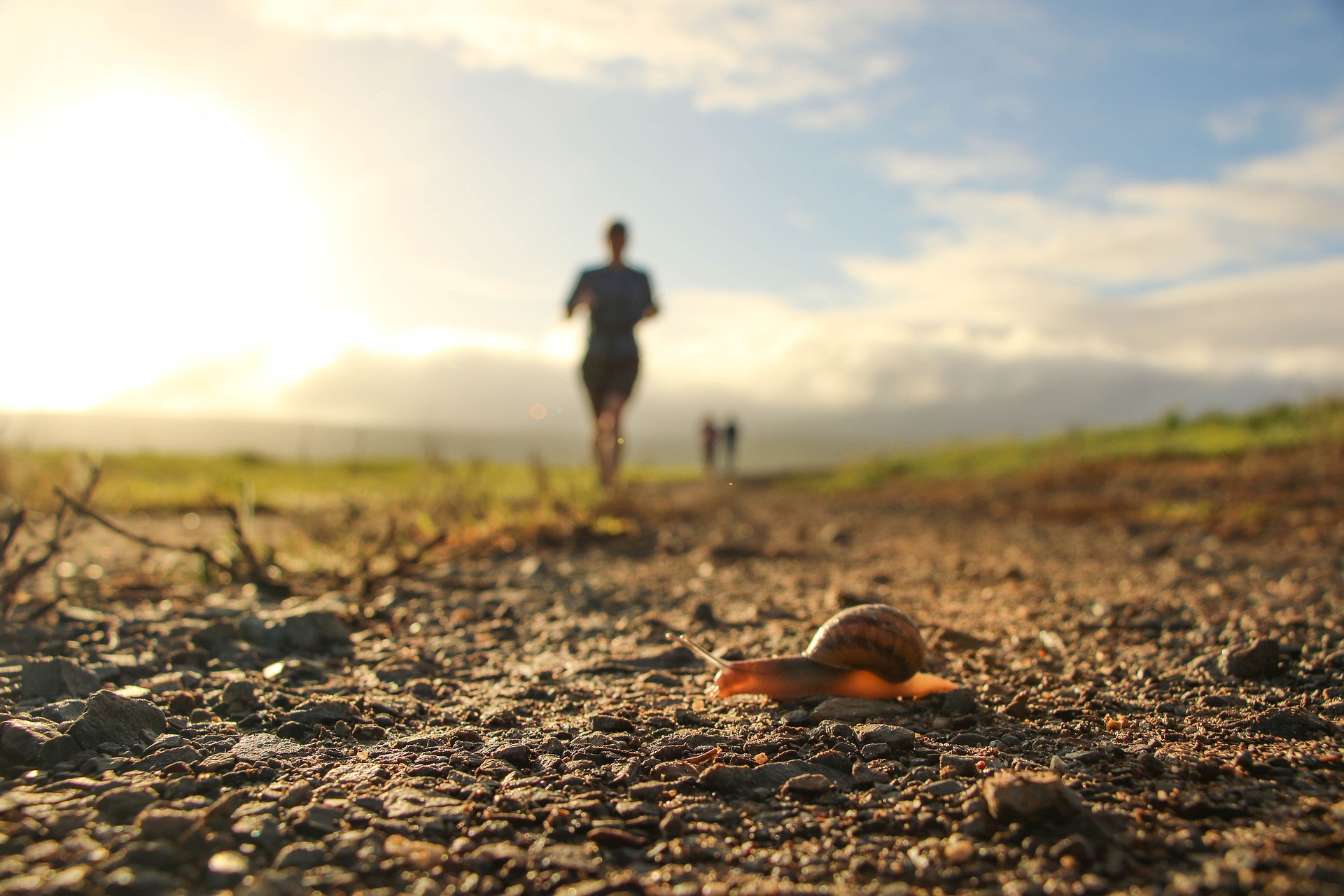 The Definition of “Runner”

Maybe that is where the confusion and self-doubt stem from. Do we feel like we have to be fast or compete in races to be a runner? I think not. I personally love to run and for me that includes competing and I do run with the intent of being fast BUT that is certainly not a requirement to be a runner. If you run, you are a runner. Humans were created with the ability to use their feet to get themselves from one place to the next. We might not need our feet as much anymore, due to all the wheels that have been invented, but if you have them and use them to do whatever you feel is running then, you my friend, are a runner. 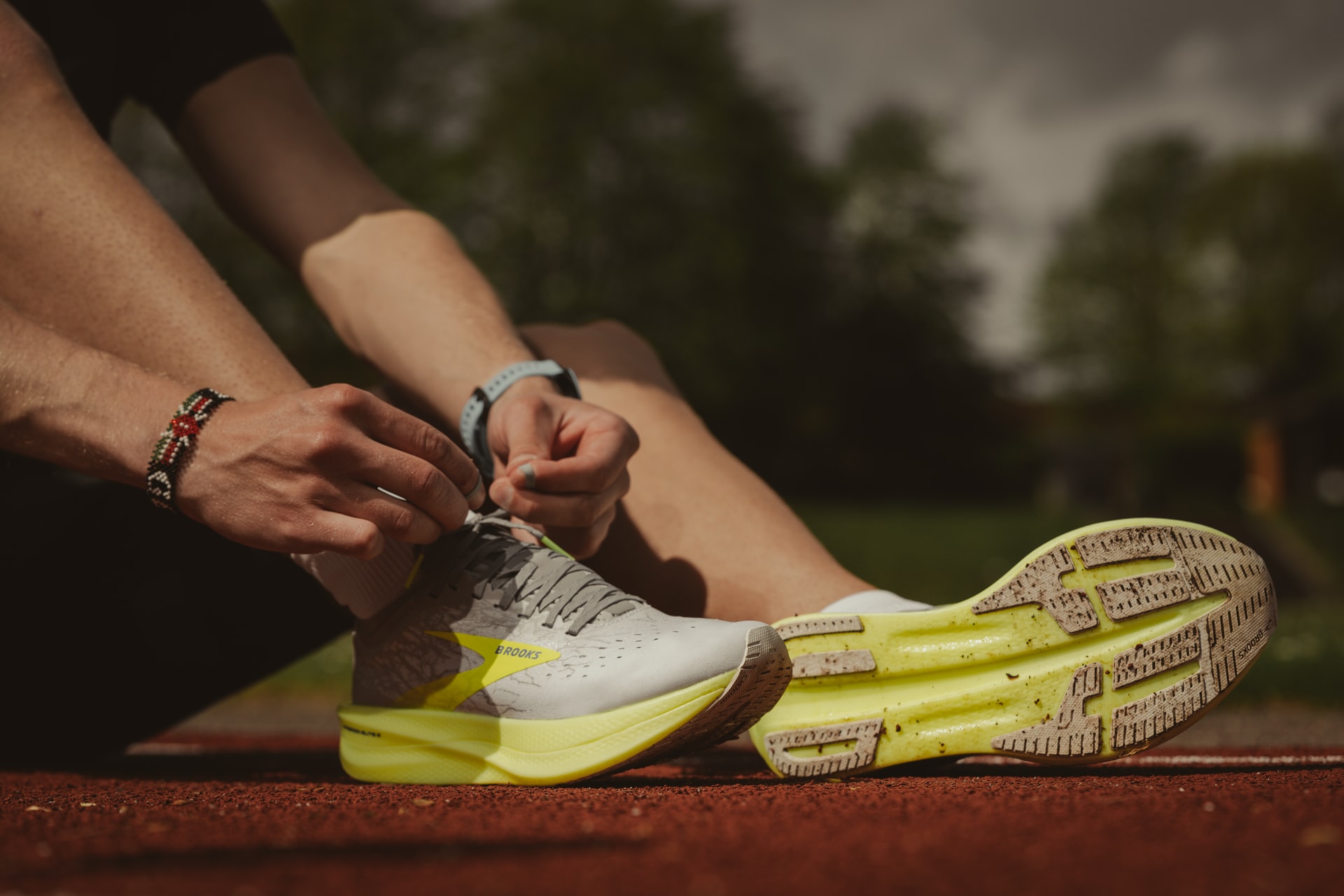 If you are a runner or want to become a runner, do not be scared, do it at your own pace. Run circles around your block to start or run on the dirt path you typically walk with your dogs or kids. You can be a runner no matter your size, speed, or ability to go without stopping. I truly wish that more people would feel welcome in the running community. I wish that people did not feel like they need to be thin or fast or have the fanciest gear. If you have feet and can use them to get from point A to point B then you can run, and you should if you want to!

How Can You Begin Your Own Running Journey?

Starting to run can be intimidating, especially when your already runner friends or people you follow start warning new runners about the different ways you might get hurt or throwing shoe suggestions at your face. It is true that you should ease into it, your body will need time to adapt to the new stimulus, but don’t let a fear of an injury stop you. 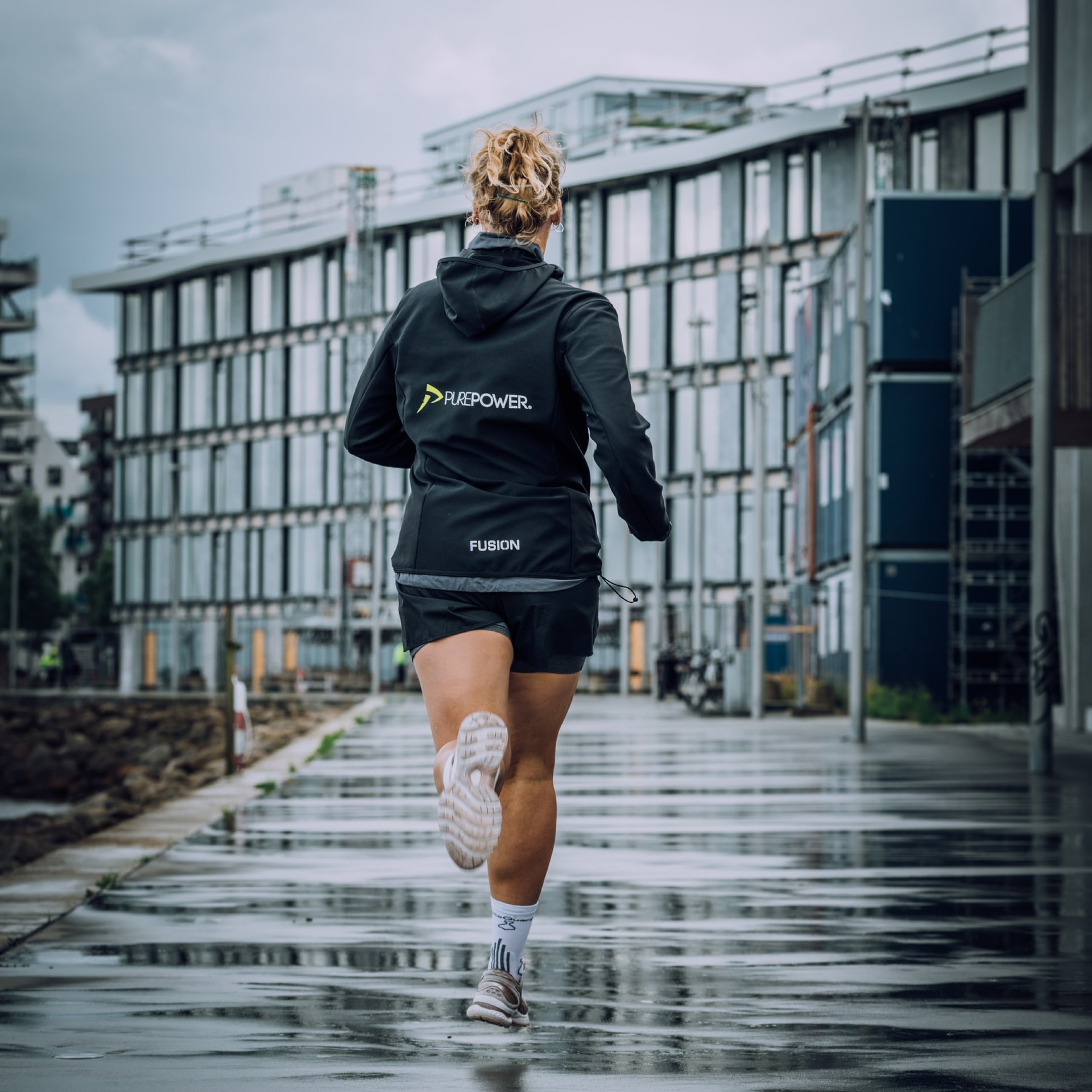 I would encourage you to start reading blog posts and books about running or listen to podcasts about people’s running stories to get motivated and gain some insight about running. Maybe don’t listen to the really detailed training podcasts right away but podcasts like Trail Running Nation, Trail Running Women, and Run to the Top all have a variety of episodes about training yet also that tell stories of people and how they got into running and what it has done for them.

Which Running Shoes Are Right For You?

You will definitely want to get a pair of shoes that will help keep you injury-free. There are TONS of options out there. It would be smart to do some research of your own. Once you have done some of your own research, I would also suggest popping into your local running store. If you do that, they will most likely have you run on their treadmill and then tell you some information about your gate and foot strike and then recommend some shoes for you. 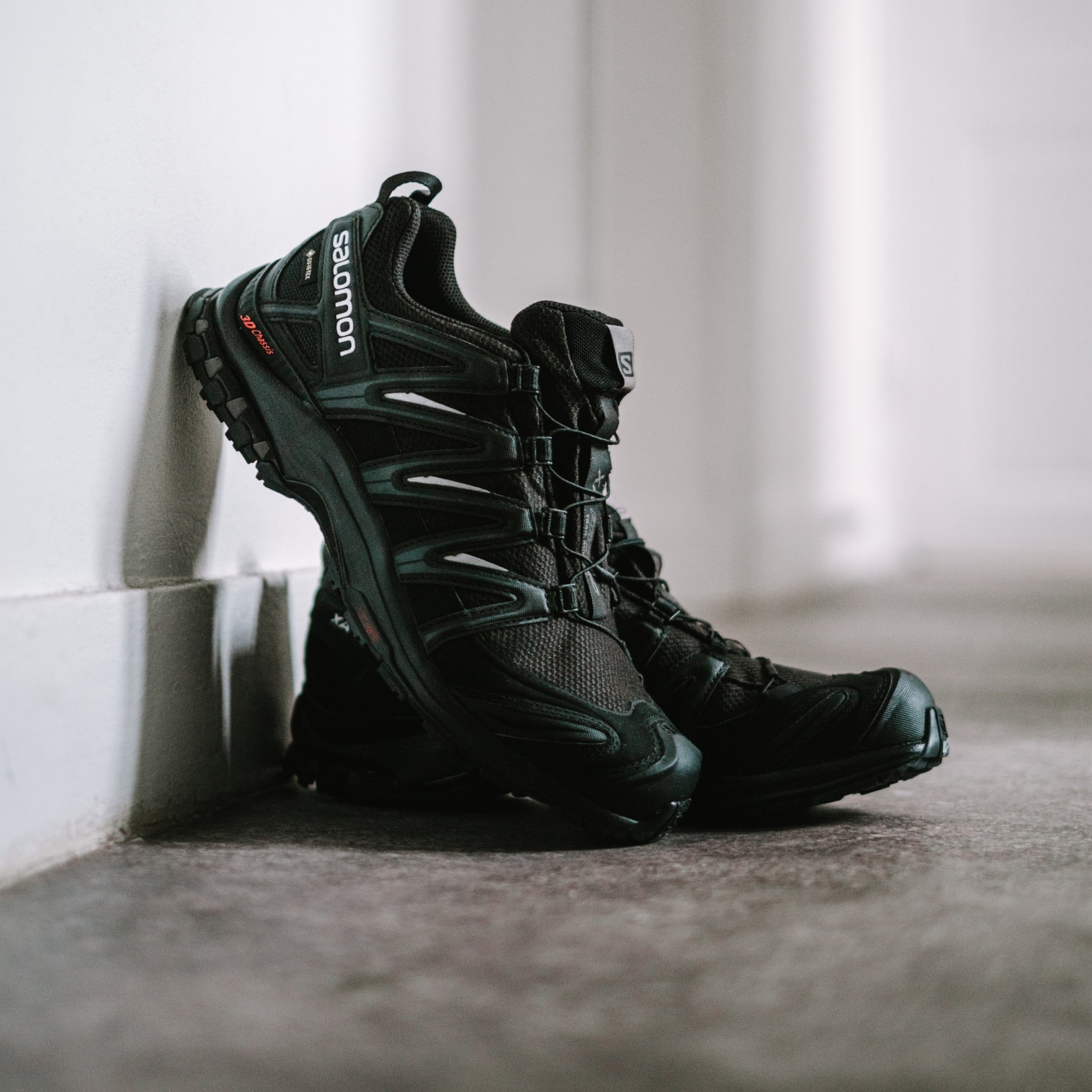 DO NOT be intimidated by the fancy lingo they use and DO NOT feel obligated to buy shoes on the spot (been there, done that). The people at the store can give some awesome insight, but local running stores don’t always have a huge selection, and if money is a factor you might be able to find a better deal online. It’s a great idea to read reviews of various shoes that the running store might suggest.

What About Running With Friends?

Okay. So, you listened to motivating stories, got some new shoes and maybe other new running gear, and now… run? Running alone might feel scary or boring, or both. Honestly, I think one of the reasons I came to love running was because I ran with friends initially. I still love running with other people but I also love running alone now. If you don’t know anyone else who runs I would encourage you to join some online running communities for support and encouragement.

Also, do you remember that local running store I mentioned? There is a good chance that they have a running group and would be happy to have you join. Don’t worry about being the slowest, you are 100% the only one that cares about that. You will likely make great new friends and this will be a great start to learning about running “culture”. One thing is for sure, runners love to talk about all things running. Be prepared for an influx of information and feel free to just nod and smile because a lot of it might be over your head but will be much appreciated down the road. Be prepared to share stories and laugh and probably eventually ask someone to spot you as you pop off the road or trail for a bathroom break (I recently learned that runners like to call these bio breaks). 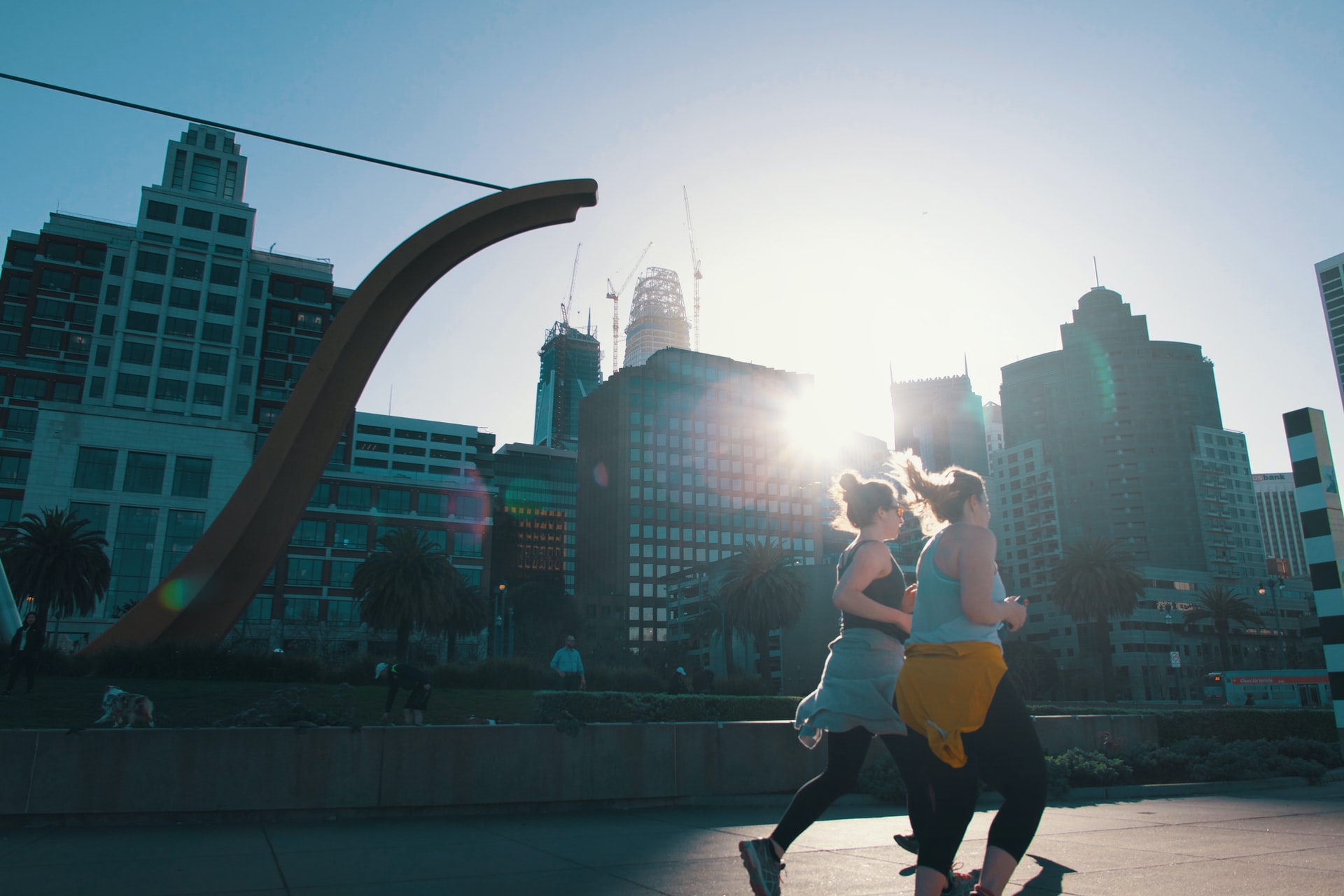 Honestly, the hardest part about becoming a runner is getting started. Once you start you can take it as slow and as easy as you want to and you can make the experience whatever you desire. You can be a runner and it can change your life. I was once 100 pounds overweight and now running is my happy place, anyone can become a runner. 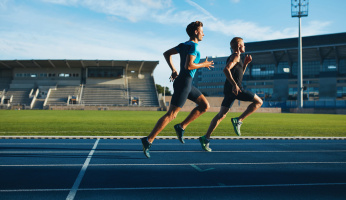 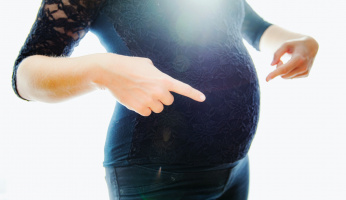 Running While Pregnant: The Most Important Facts! Apr 27, 2021 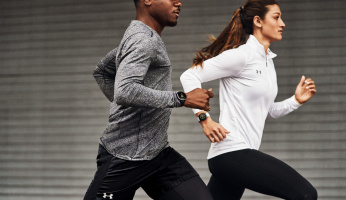 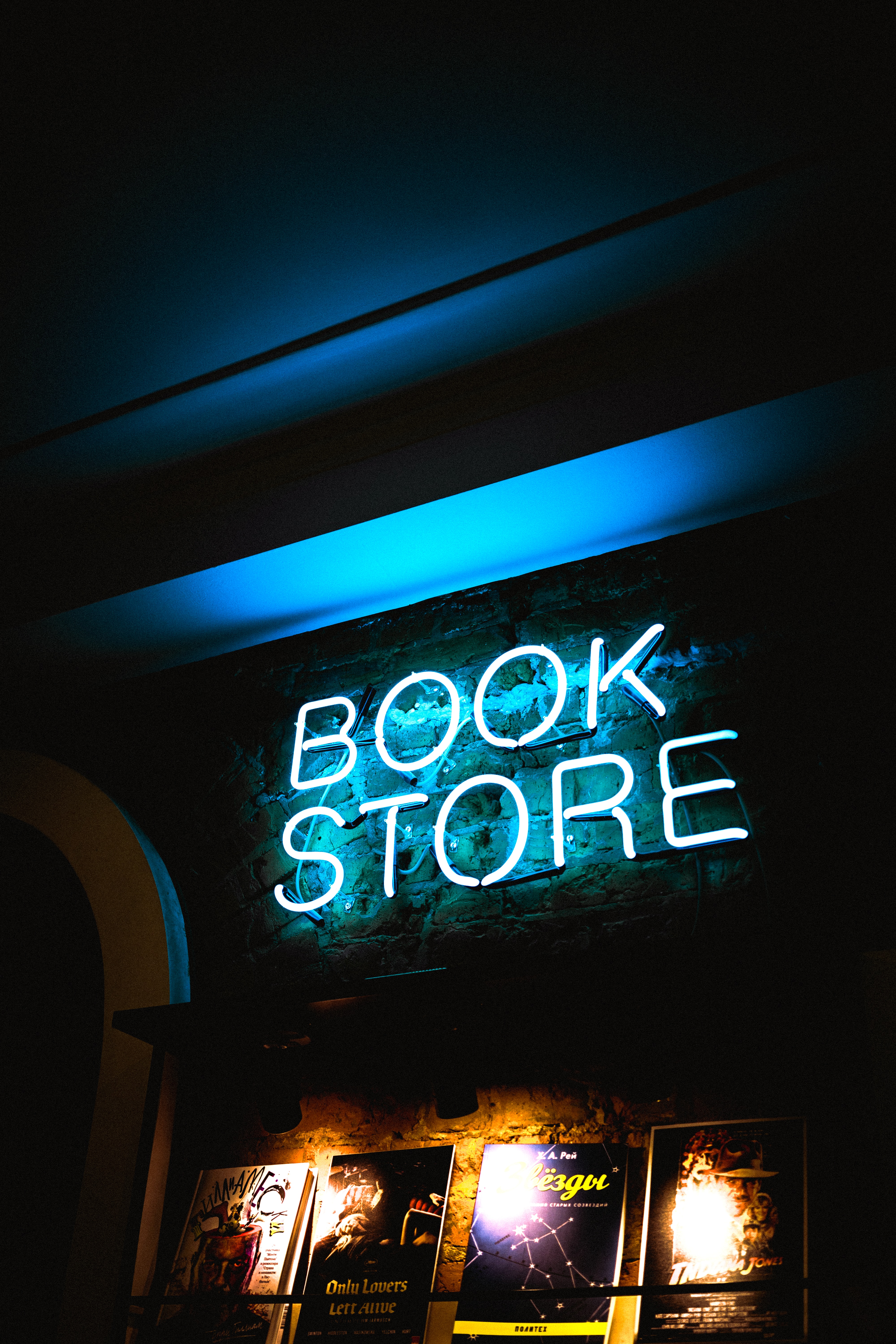 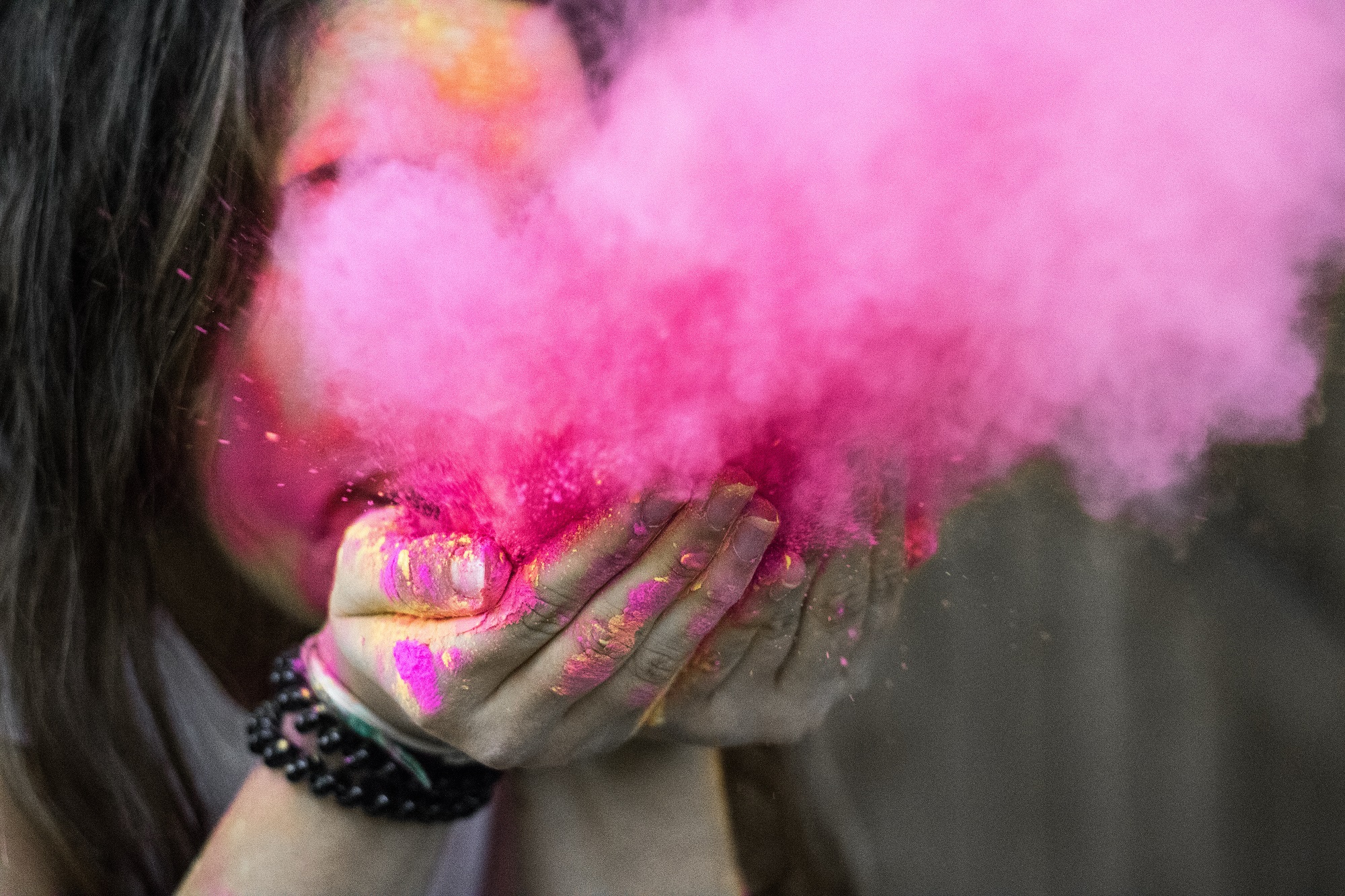 We have all experience with at least one pair of shoes making a squeaking noise while walking in a quiet hallway, grocery...
14 Mar 2022
101512
Categories
Sign up