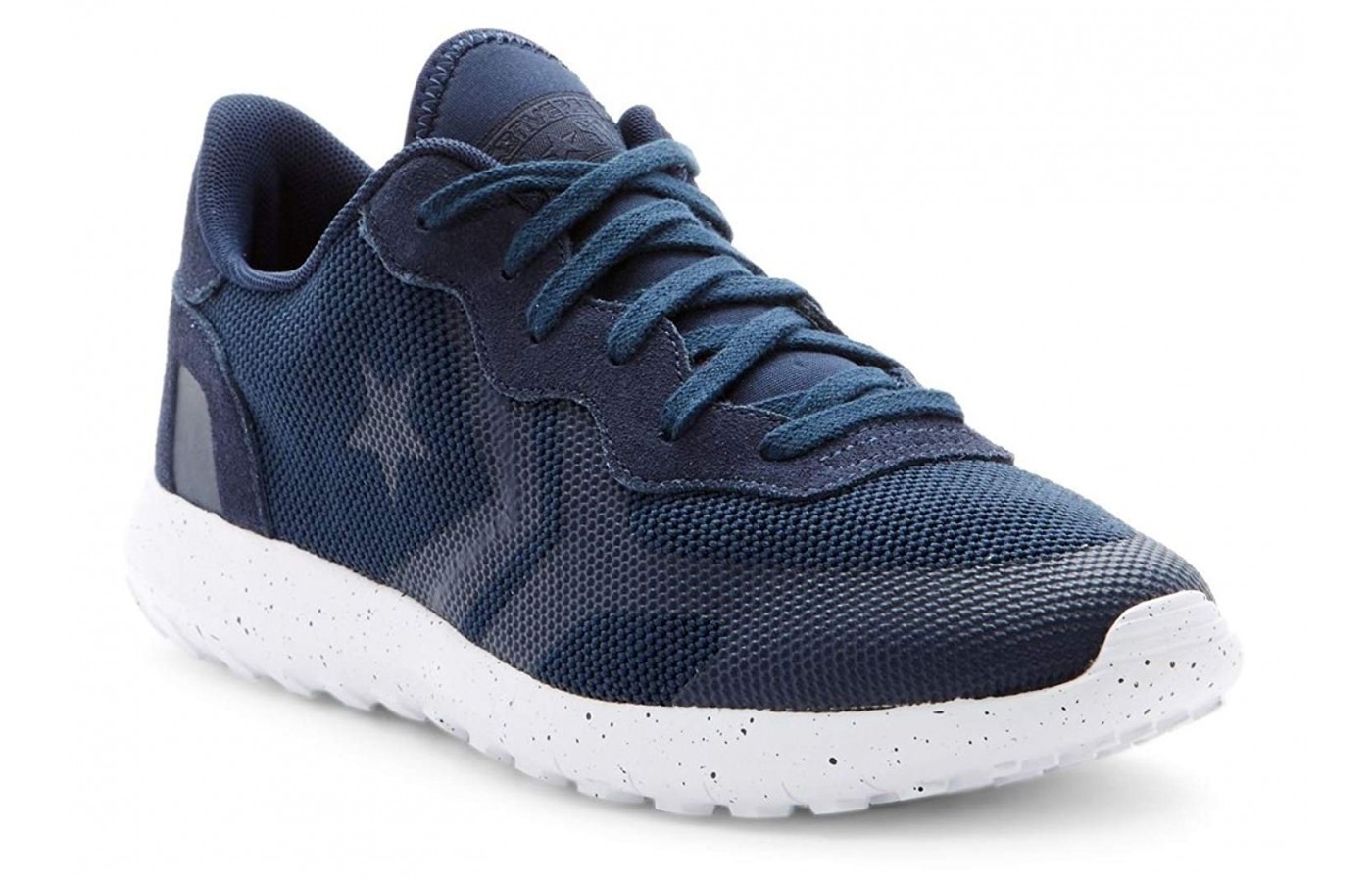 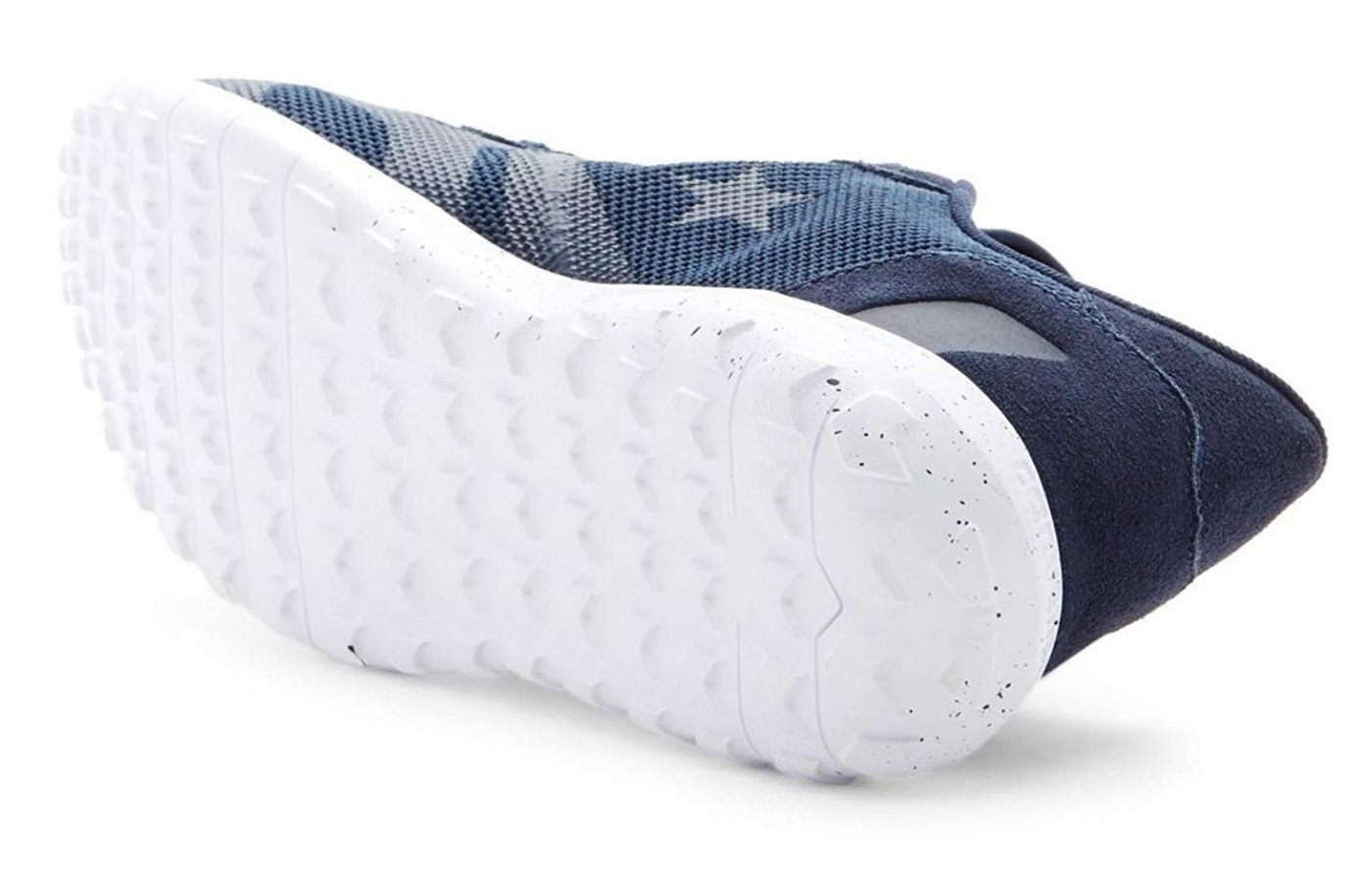 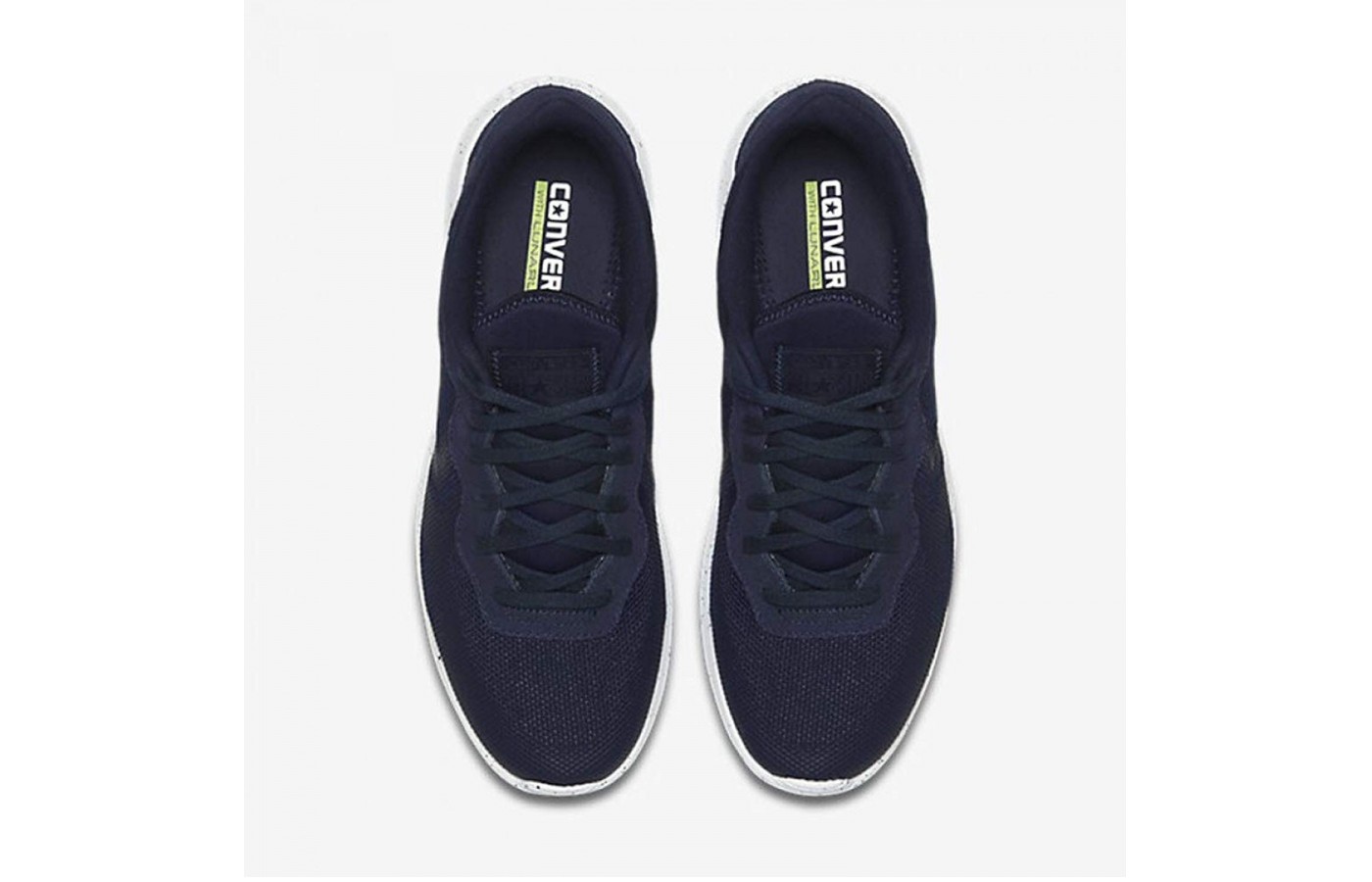 Converse has been around for a decent considerable length of time, producing sneakers that are nothing short of spectacular. Many of their shoes carry the traditional Chevron star logo and are incredibly stylish. The Thunderbolt by Converse has an epic new running shoe design. It's fully equipped with a new cushioning system and is meant to be the best when it comes to providing a cushioned ride. Many of their newer shoes lean towards having both a running shoe design and features; this is actually why the Thunderbolt is considered such a high player in the realm of comfortable shoes.

The outsole of the Converse Thunderbolt is made of a thin, textured layer of foam. Although the shoe is seen as(and feels like) a lifestyle shoe, it has a design that gives off a running shoe vibe. The textured area in the high-pressure forefoot and heel of the shoe give one that extra grip that they’d like if they were taking the shoe out for a spin on (or jog in other words). The outsole of the shoe really resembles that of the Nike Roshe Run and how its design allows the foam to touch the actual ground.

The Thunderbolt’s midsole is designed from a combination of lofty materials, all of which have the ability to cushion the underfoot. The midsole is primarily designed from an injected Phylon foam material which allows them to give an extremely cushioned feeling to the underfoot primarily the arch and heel of the foot. The inside of the shoe also has a knit insole which makes wearing the shoe something of a breeze; the knit design that of the insole gives wearer’s an extra level of cushioning above that provided by the midsole.

The upper of the converse thunderbolt modern has a layer of textile that goes along the forefoot of the shoe. Underneath the layer of textile, the shoe has ample cushioning to make the enable the shoe to have a higher than normal amount of comfort. The inside of the shoe is also lined with a layer of textile which gives the shoe a sock-like feel. The material also has a moisture-wicking effect that reduces the amount of sweat taken in by the shoe. The design of the upper has changed quite a bit as well; in addition to it having the added cushioning and very little overlays.

While no weight has been specified for the Converse Thunderbolt, the shoe does weigh relatively little, at least on foot. When walking in these shoes one feels as if there is literally nothing there; that’s one of the great things about these shoes having very little overlays in their design. The bulk is actually cushioning; the cushioning featured in the design of the shoe is what enables it to have the lightweight feel that it does. Another thing to consider with the design of the Converse Thunderbolt is that this shoe makes use of a phylon material that weighs relatively little.

Although the upper of the sneaker weighs features an upper that makes use of layers of textile on both the outer and inner regions; the use of this material allows the shoe to provide wearers with a certain level of air-flow during use. Keep in mind that there are very few layers in the design of the Thunderbolt which in turn allows the shoe to provide wearers a decent amount of air to flow both in and out of the shoe’s design itself.

Something that is native to the shoe since it’s a lifestyle shoe is that it provides wearers with the comfort that they need in order to make the most out of their time wearing the actual shoe. The Phylon midsole and knit insole that’s featured in the design allows it to provide wearers with what they need in terms of protection and durability. In addition to this, the shoe’s textile lining gives it that sock-like feel that reduces the level of friction felt during the actual wearing of the shoe. Also, let’s not forget the level of airflow that is inherent in the shoe’s design; the fact that the shoe doesn’t accumulate or allow sweat to build up in it’s design is a great plus for this sneaker.

If you don’t receive one thing from a lifestyle sneaker, you’ll receive a high level of style and versatility. The Converse Thunderbolt has a design which can be worn in various areas and with various, unique types of clothing. These shoes can be worn for a lazy day as well as a brisk, fast-paced adventure that requires a thorough understanding of style and grace. To have an understanding of the type of shoe that one would purchase when they purchase this particular shoe, you must pay attention to the curves inherent in it’s design. It features a slim cut with a rounded sole unit which gives it the look of a stylish, yet comfortable shoe. The Thunderbolt is not a shoe that one would have to worry about regarding wear ability or versatility simply because it can be paired with just about anything.

The great thing about Phylon is that it is a material that has a relatively high level of durability/longevity. The reason why Converse was so comfortable allowing this shoe to have an exposed sole unit such as the one featured on the Thunderbolt Sneaker is because they understood that the material wouldn’t wear down at a rate that outpaces the longevity of the material itself. Keep in mind though that when purchasing this shoe you aren’t receiving something that can be worn while doing high-intensity activities; it doesn’t have a design that will be able to keep up with individuals who like to run in places or do things that require extreme levels of protection for the foot.

The midsole of the Thunderbolt is made of Phylon. What more does one need to say? The phylon used in the design of the shoe will provide wearers with what they need in terms of cushioning and support for the various portions of the foot. In addition to this, the Converse Thunderbolt has a thin upper which allows it to provide an adequate, if not higher than average level of responsiveness to the foot. The fact that the upper of the sneaker has only printed overlays allows it to provide wearers with that water-like feel that they need in order to enjoy this shoe during any activity that it’s used for.

Well, the upper of the Converse Thunderbolt is designed with lacing that tie to the very top of the shoe; this style of lacing ensures that the shoe provides wearers with what they need in terms of support for the sides of the soot and reduce the slippage that may occur while the shoe is actually in use. Although the printed overlays in the upper of the sneaker don’t really give the foot much protection, the do allow the shoe to have a bit more in the way of support during use. The state of the art knit insole that the shoe has also gives the shoe that adaptive supportive feel for the medial side as well as arch of the wearer’s foot.

The shoe isn’t designed for arduous activity. While the construction of the sole unit on the Thunderbolt may signal that it will provide a decent level of functionality on terrains such as roads, the shoe simply doesn’t have a design that can handle that. The upper is also not one that can stand much, if any sort of pressure if used on a road or thing of that nature. Keep in mind though, this refers to the shoe’s usage ability when used on terrains for activity such as running; it just wouldn’t hold up. If used for nothing but walking on these surfaces though, they should hold up just fine.

These are a relatively new release; when a new shoe drops, you can expect nothing short of the shoe being relatively expensive. With that being said, the Thunderbolt can be purchased for a price that falls a bit of above the standard shoe. The higher than average price that comes along with purchasing this shoe is supported by the higher than average build that it has; it will hold up (if used in the correct way for a relatively long time and provide comfort during the same length of time.

Even though the Thunderbolt isn’t designed to be used for running activities; the design of the outsole does allow it to prevent slippage. The prevention of slippage basically means that the shoe provides wearers with what they need in terms of stopping power; this means that the shoe provides wearers with what enough grip that they wouldn’t have to worry about constantly sliding around and potentially hurting themselves while the shoe is being worn. This stickiness is made possible by the protrusions in the outsole of the shoe.

The upper of the is made using a textile lining and also incorporates a fair level of cushioning; it’s a pretty thin thing for the most part. The great thing about the shoe having the relatively thin cut of fabric for it’s upper is that it can easily bend along with the natural movements of the foot; this is one of the great things about having a lifestyle shoe such as this, it’s incredibly flexible. The outsole of the Thunderbolt reminds one of the outsole on a few of the more popular designs by Nike. It’s sectioned off into chunks so as to allow it to compliment the design of the upper of the shoe; it moves in much the same way, naturally.

The outer walls of the Thunderbolt actually don’t have a very hard time staying still and not bending; this is somewhat surprising since Phylon isn’t really known for it’s stability. The shoe experiences very little, it any bending in either the heel or forefoot, which makes it a great choice for those who wouldn’t like something that would bend easily under their weight; the fact that there is little to no bending in the heel of the shoe is a great thing for the safety that it inadvertently provides. The snug lacing on the upper also adds a decent level of stability to the upper of the shoe as well as to the wearer.

The drop appears to be about average on the Thunderbolt. While no specific number has been given, it can be said that it is one that aids in the natural feel that the high range of motion that the sole unit and upper of the shoe have.

The Thunderbolt is not a shoe that one would like to play with. The comforting features inherent in it’s design as well as the stylish look that it has makes it a valuable addition to anyone’s shoe collection. In addition to this, the shoe is relatively durable; to have a shoe that is durable, stylish, and comfortable is quite literally one of the rarest things on the planet. The thing to keep note of is the fact that these shoes are sort of expensive; for the level fo durability and functionality provided though, it makes complete sense to buy them. 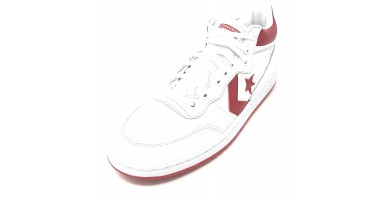 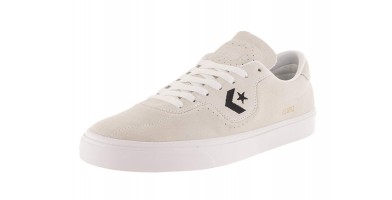 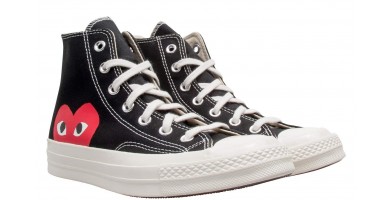