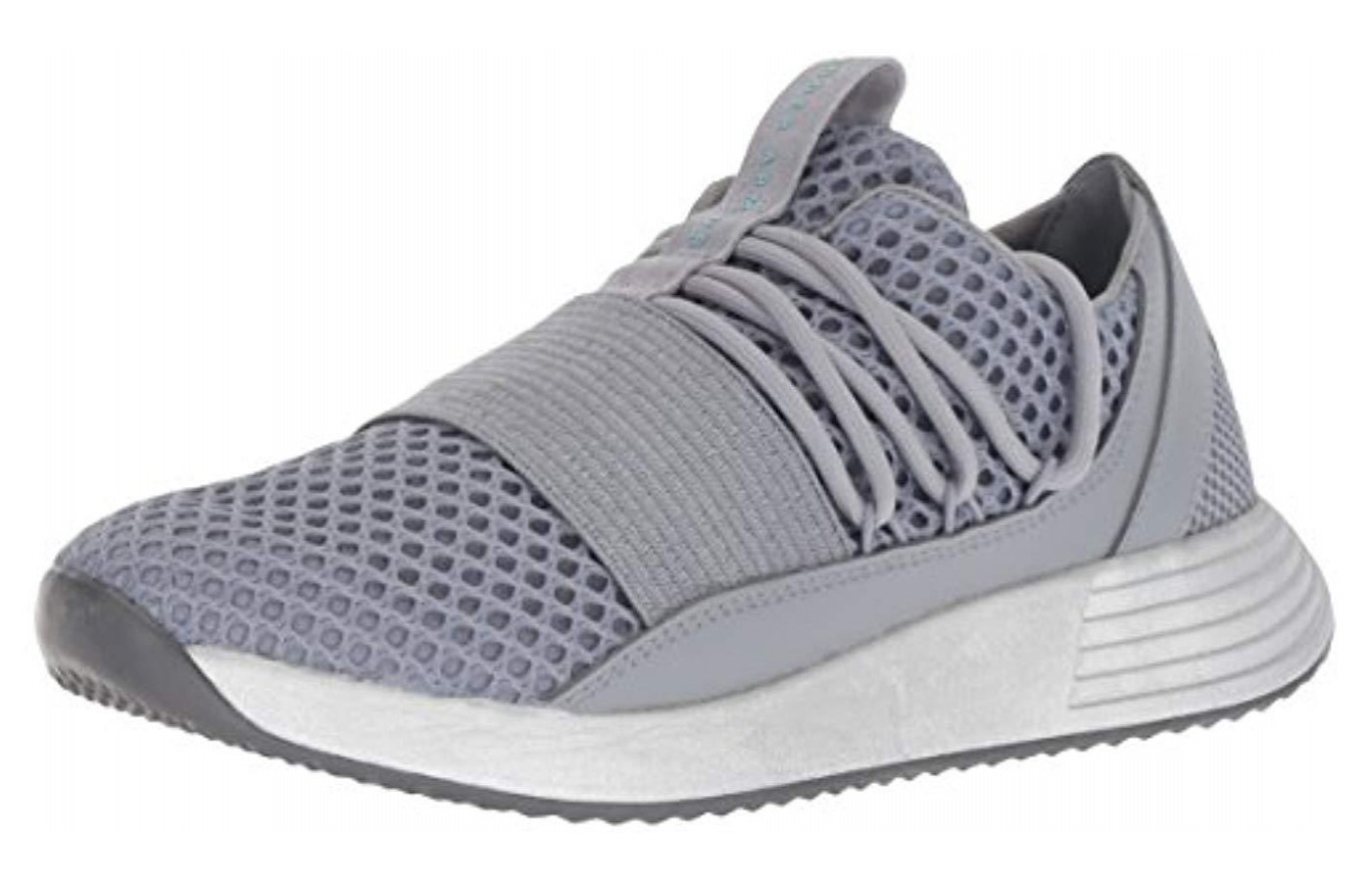 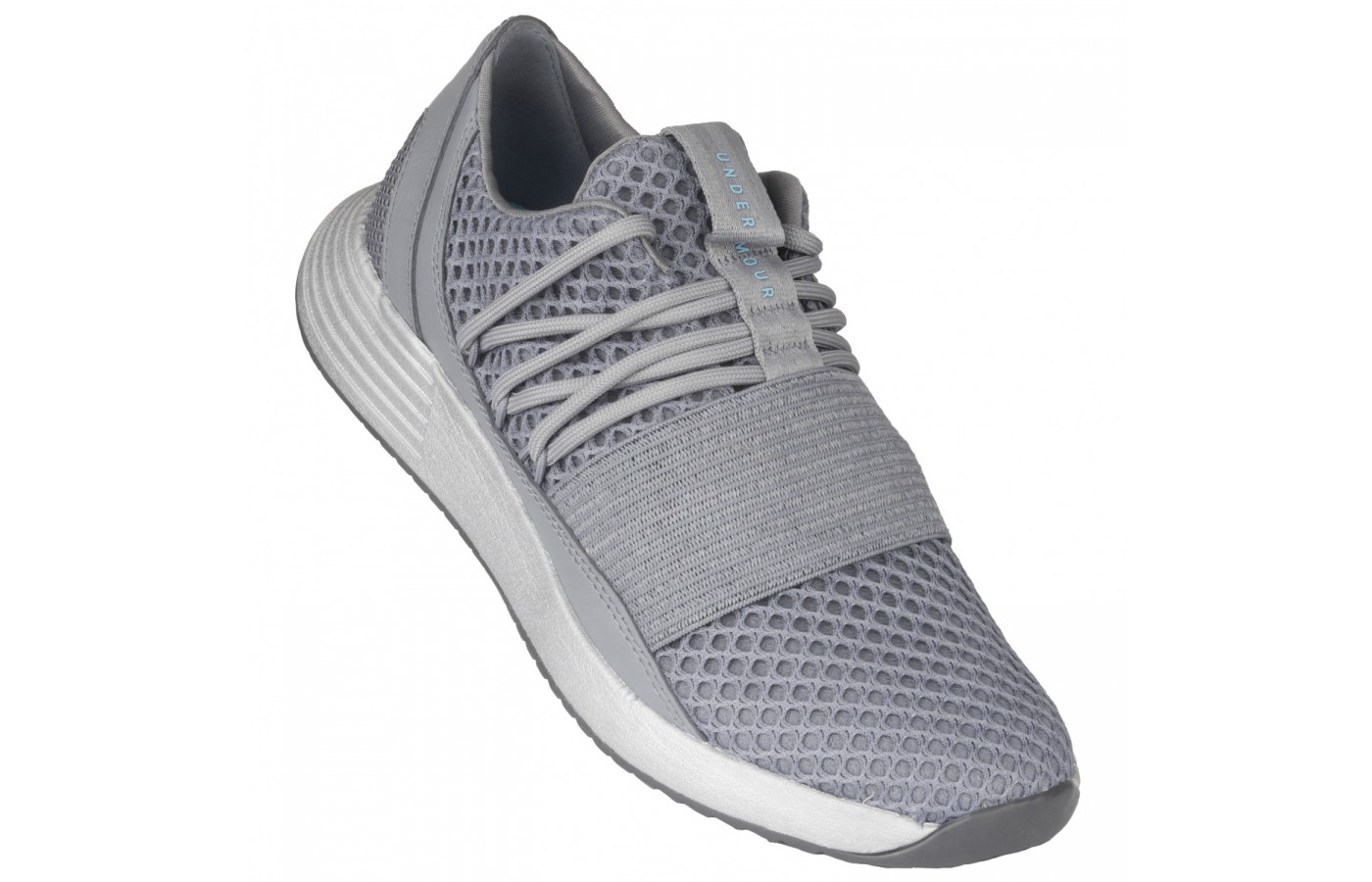 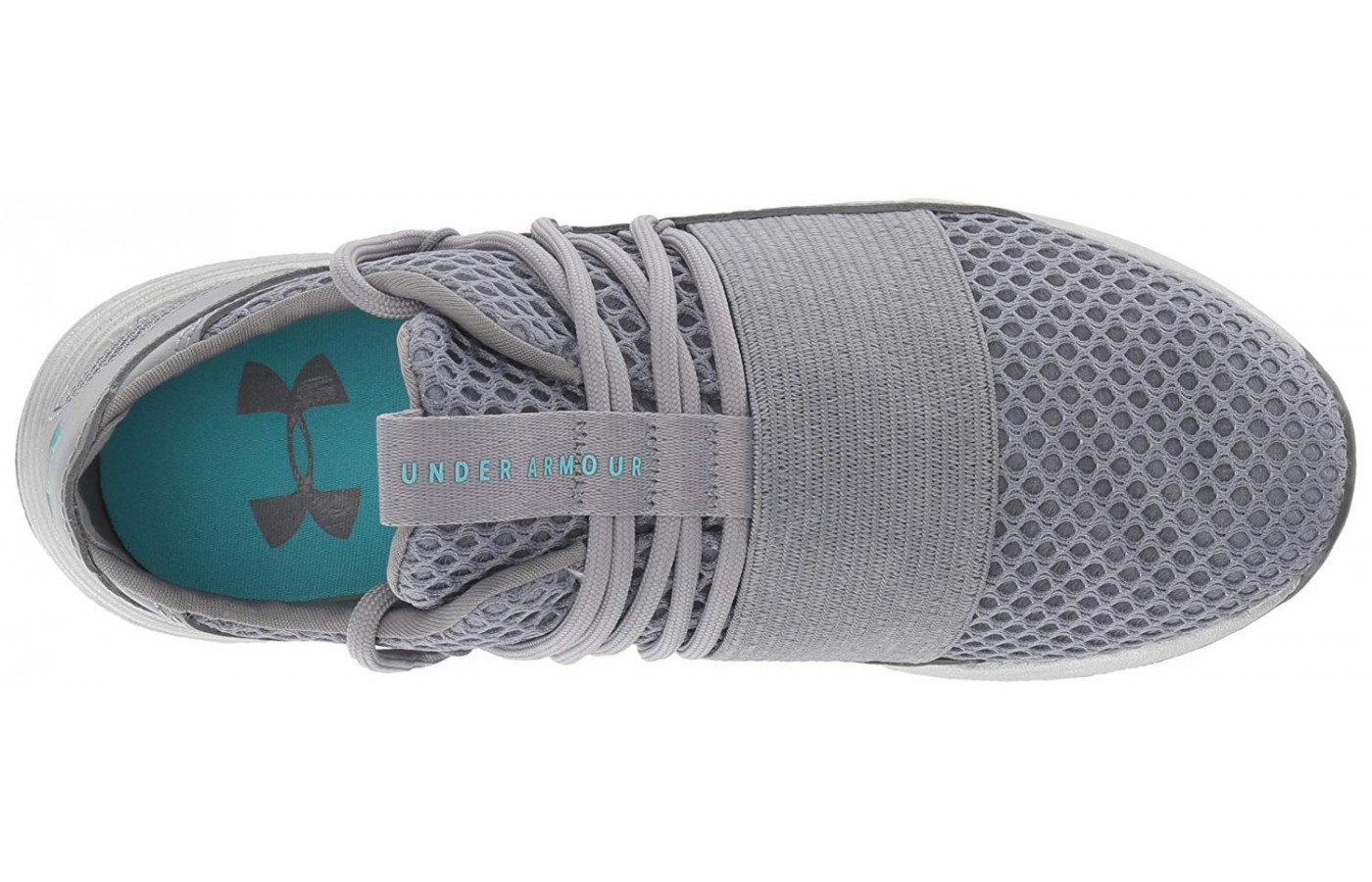 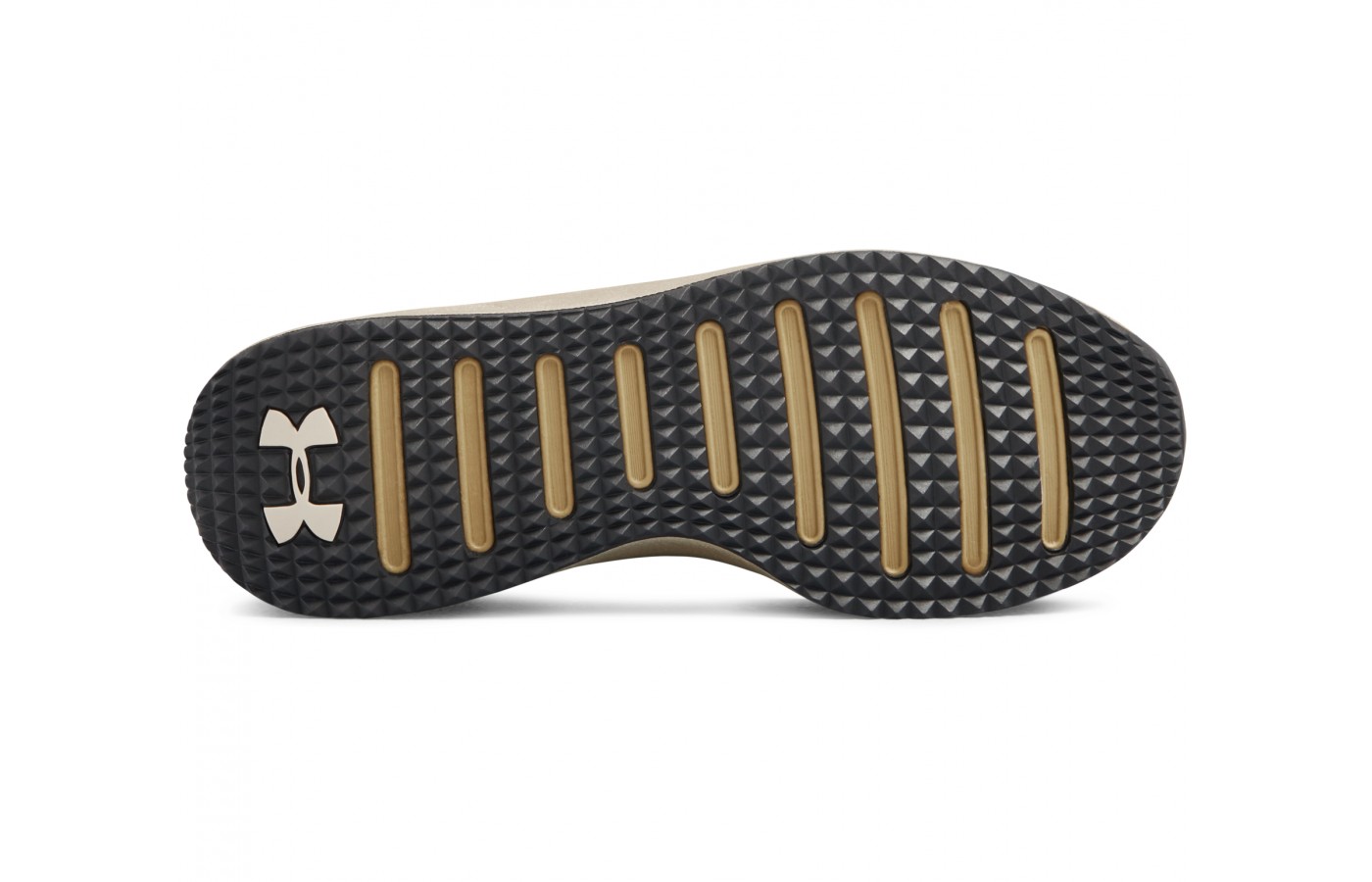 Who would have thought that Under Armour was founded just 23 short years ago? The company that was started from Kevin Plank’s grandmother basement, actually made the first major sale of sports apparel by the end of that year. And they’ve been doing that ever since.

And why was this company founded in the first place? Well, because Plank (then 24 years old) got tired of having to change his sweaty T-shirt after every practice. He also noticed that his compression shorts stayed dry during the whole time, and set out to make T-shirts that would do the same. He made a T-shirt out of moisture-wicking fabric and the rest is history.

And did you know that in Oliver Stone’s sports drama Any Given Sunday, the character played by Jamie Foxx wears an Under Armour jockstrap? Yup. Today, Under Armour is the official sponsor with plenty of sports teams, and offers endorsements to plenty of other athletes including Stephen Curry and Jordan Spieth.

How cool is that?

Is there anything better than a classic rubber outsole? No there isn’t. It’s as classic as it goes, but the Under Armour Women's Breathe Lace X Nm Sneaker has a unique rubber outsole for increased durability. And what makes it so unique? The outsole sole offers firm grip and traction on a variety of surfaces, and various conditions. The entire bottom part of the outsole is designed with special kind of rubbery spikes that increase the traction and will for sure prevent you from slipping on wet or unstable surfaces. The Shaft measures low-top from arch of this sneaker and the color of the rubber outsole changes and adapts to match the color of the upper.

All in all that is one good looking and practical outsole. It’s not too big to cause discomfort, and not too small to be useless. The size, thickness and height of the rubber as it goes from the toes to the heel is beautifully designed to cause maximum comfort to the foot, and the fact that it looks wonderful doesn’t hurt at all too.

If you thought that the outsole was practical, watch out for the midsole of the Under Armour Women's Breathe Lace X Nm Sneaker. The full-length EVA midsole cushioning positioned on the center of the sneaker, delivers a lightweight, responsive feel to the leg and makes every step to feel light as a feather. And what is EVA midsole cushioning you might ask? Well, it’s a type of midsole typically made of ethyl vinyl acetate. It’s basically the same material that’s used while making orthopedic topcovers, but this type of midsole is much lighter and that’s the feeling that it projects while you’re wearing it. You get orthopedic protection, but in the body of a running shoe. The midsole is supported by very similar yet so comfortable full-length EVA sockliner, and it’s precisely that sockliner that gives the comfort and the custom fit of the sneaker. Combined the two important features make the Under Armour Women's Breathe Lace X Nm one hell of a comfortable sneaker.

Say hello to one of the most beautiful uppers you’ll ever see. Let’s start at the top. The allover stretch open hole mesh in the upper allows your foot to breathe more easily, and provides the much-needed ventilation to the feet. Can we take a moment and note on how beautiful the laces look on the Under Armour Women's Breathe Lace X Nm Sneaker? Seriously. The unique and very stylish asymmetrical lacing system ads the necessary classiness to the already classic and simple design, while the flexible gore forefoot strap offers comfort and much easier slip on and off effect. The laces, the mesh and the overall beautiful design of the sneakers make up for one style savvy shoe perfect style-savvy ladies. Whether you’ll be hiking with them or running on the treadmill in your local gym, the Under Armour Women's Breathe Lace X Nm Sneaker will become your go-to pick for footwear.

The midsole and the upper of Under Armour Women's Breathe Lace X Nm Sneaker are the biggest strengths when it comes to the comfort of this sneaker. The lightweight and bouncy feel that you feel when you’re wearing the sneakers is thanks to the full-length EVA midsole cushioning and paired with the full-length EVA sockliner on top of that, it’s a winning combo for one comfortable shoe. And although the two main features in the midsole are the key ingredients, the real stellar beauty that makes the entire sneaker what it is the gorgeous and stylish upper.

Monochromatic with added mesh for extra breathability and unique asymmetrical lacing system, the upper brings out the look and adds to the comfort. How? Well because there are quite interesting and practical features in the upper too, not just in the midsole. For one there’s the rubber band just below the laces that helps with the comfort and stability, and you can’t forget the soft mix of textile and synthetic linings.

Under Armour Women's Breathe Lace X Nm Sneaker makes the foot slide in and out of the shoe with ease, firm grip and plenty of support. And you’ll be needing that type of support when you’re in a hurry in the locker-room or changing your running attire after a good morning jog. But while the support comes from many areas, the outsole will prove to be a real winner if you chose to do the morning jog on slippery or wet terrain. The Under Armour Women's Breathe Lace X Nm Sneaker will give you that extra support thanks to the specially designed outsole, which will ultimately increase the traction of the foot against the surface.

Thanks to the synthetic and textile materials used in the making of the outsole, the Under Armour Women's Breathe Lace X Nm Sneaker is not the most durable sneaker of the Under Armour’s roster. Yes, the mesh and the synthetic fibers offer plenty of benefits to the fit, the durability is not one of them. The fiber and the textile will tear and damage more quickly, as opposed to the sneakers made from real life leather or even suede but this is a running shoe after all. Its intended purpose is to be comfortable and supportive of the runner that’s wearing the sneakers.

Now, while the durability was in short supply, the flexibility is abundant in the Under Armour Women's Breathe Lace X Nm Sneakers. Seriously. You can even bend them very nicely with your bare hands. What makes these shoes so flexible? Well, pretty much everything to be honest. From the soft yet stabile rubber outsole that’s reinforced with rubbery spikes, to the removable insole and all the way to the synthetic upper that’s covered with breathable mesh and elastic just below the laces. Under Armour Women's Breathe Lace X Nm Sneaker prides itself on its flexibility and you should take full advantage of that. Besides being extra flexible these sneakers are also extra light on the feet, and you’ll be able to feel that flexibility and feather-like lightness on your first run.

Most of the stability in the Under Armour Women's Breathe Lace X Nm Sneakers comes from the fact that the midsole is reinforced with EVA midsole and EVA full length sockliner. The first is added for that extra support to the shoe, while the second feature is easily removable if not desired by the customer.

The entire upper of the Under Armour Women's Breathe Lace X Nm Sneaker is made from a mix of lightweight synthetic and textile mix, that not only allows you to wear the sneakers on pretty much every terrain, it also allows you to wear them on almost every weather. Instead of going straight to your feet, the moisture will be absorbed in the Moisture-Wicking properties of the mesh. And that mesh is practically all over the upper. From the toes to the heel and up to the tongue of the sneaker.

The Under Armour Women's Breathe Lace X Nm Sneaker are running shoes, but the terrain on which you should run is not specified. They’re suitable for outdoors and indoors activities and can withstand every type of weather of pressure.

The traction is real in the Under Armour Women's Breathe Lace X Nm Sneaker and you should thank the special outsole design for that. Just take one good look at that bottom. Reinforced with rubber ridges, the traction that those specially designed ridges offer is astonishing. Just like the entire shoe, the ridges are sleek and stylish and barely unnoticeable, despite being in a different color from the rest of the outsole. But they get the job done, and there won’t be falling down, slipping or sliding down wet or slippery surfaces while you have these sneakers on you.

Probably the second most important thing after comfort, and luckily this sneaker has plenty of both features. Would you look at that gorgeous sneaker? Elegant, simple, monochromatic and that’s not just about the upper. Yes, the upper is covered in breathable mesh, reinforced with elastic of the same color and supported with uniquely designed laces, but the outsole is not to be wasted either. Just like the upper part of the Under Armour Women's Breathe Lace X Nm Sneaker, the outsole is simple and elegant just as well, and when combined both parts make one amazing and very good looking sneaker.

Under Armour Women's Breathe Lace X Nm Sneaker are the best of the both worlds. They offer maximum comfort on the one side of the spectrum and maximum stylish elegance that makes them both irresistible and timeless. Your feet will get a positive feedback from several different areas of this gorgeous shoe, and they just might thank you for buying these sneakers. The outsole and midsole are the key features in these shoes. Why? Because they’re the key factors in the sneakers stability, comfort and balance. However the upper, almost entirely covered with breathable mesh and with the unique lacing system make the shoes beautiful, flexible and just easy to wear. They’re suitable for any type of terrain and for both indoors and outdoors activities. You can wear them anywhere and with any type of outfit and you’ll stand out in the most positive and beautiful way. 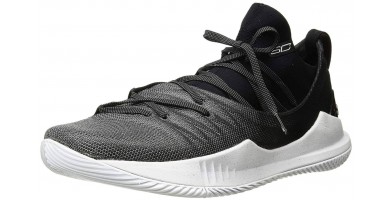 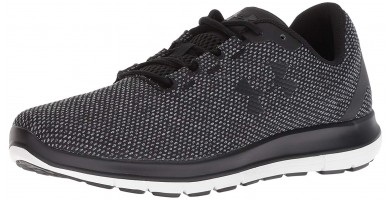 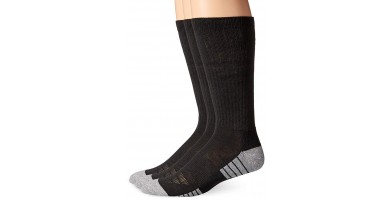