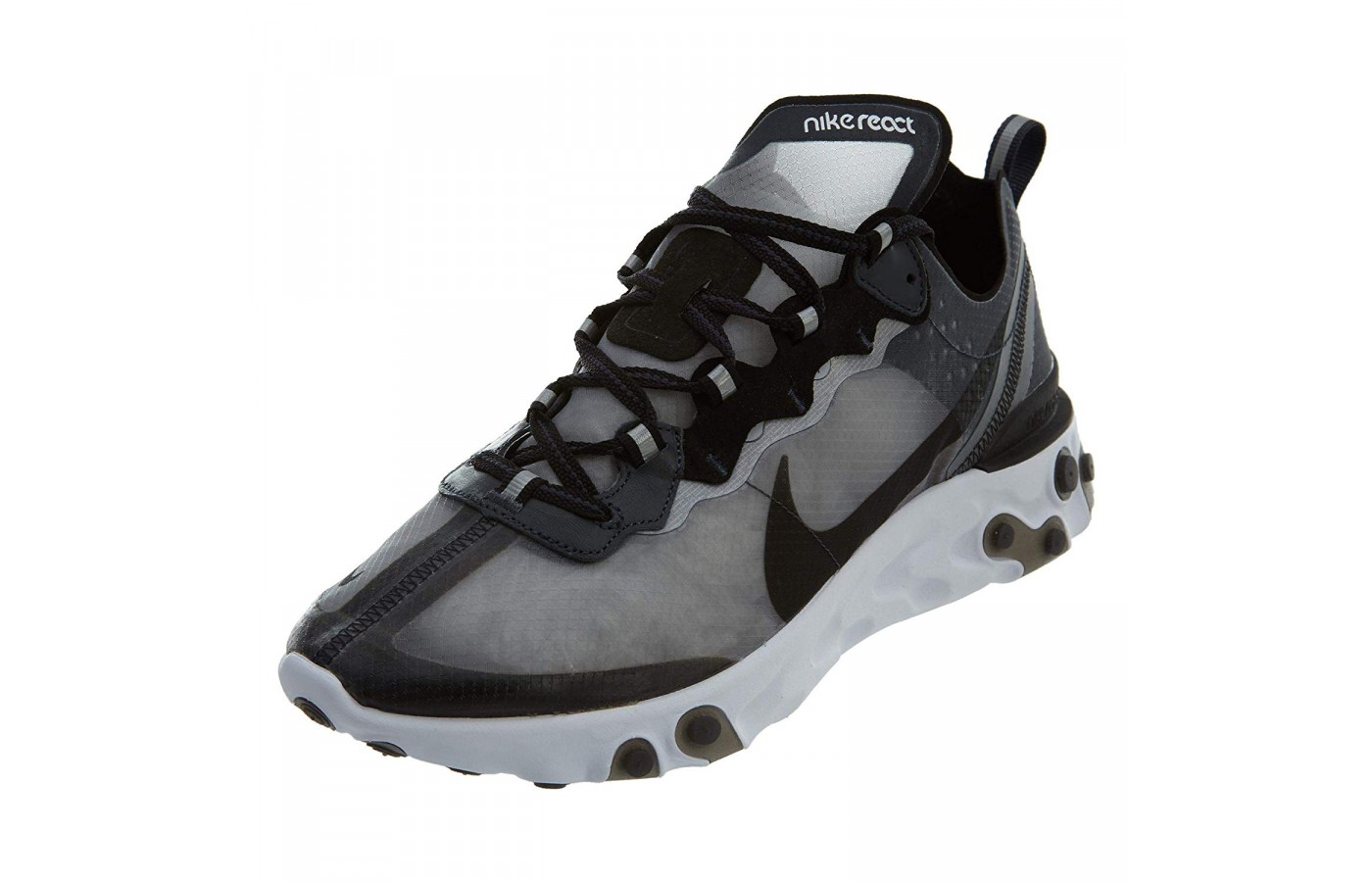 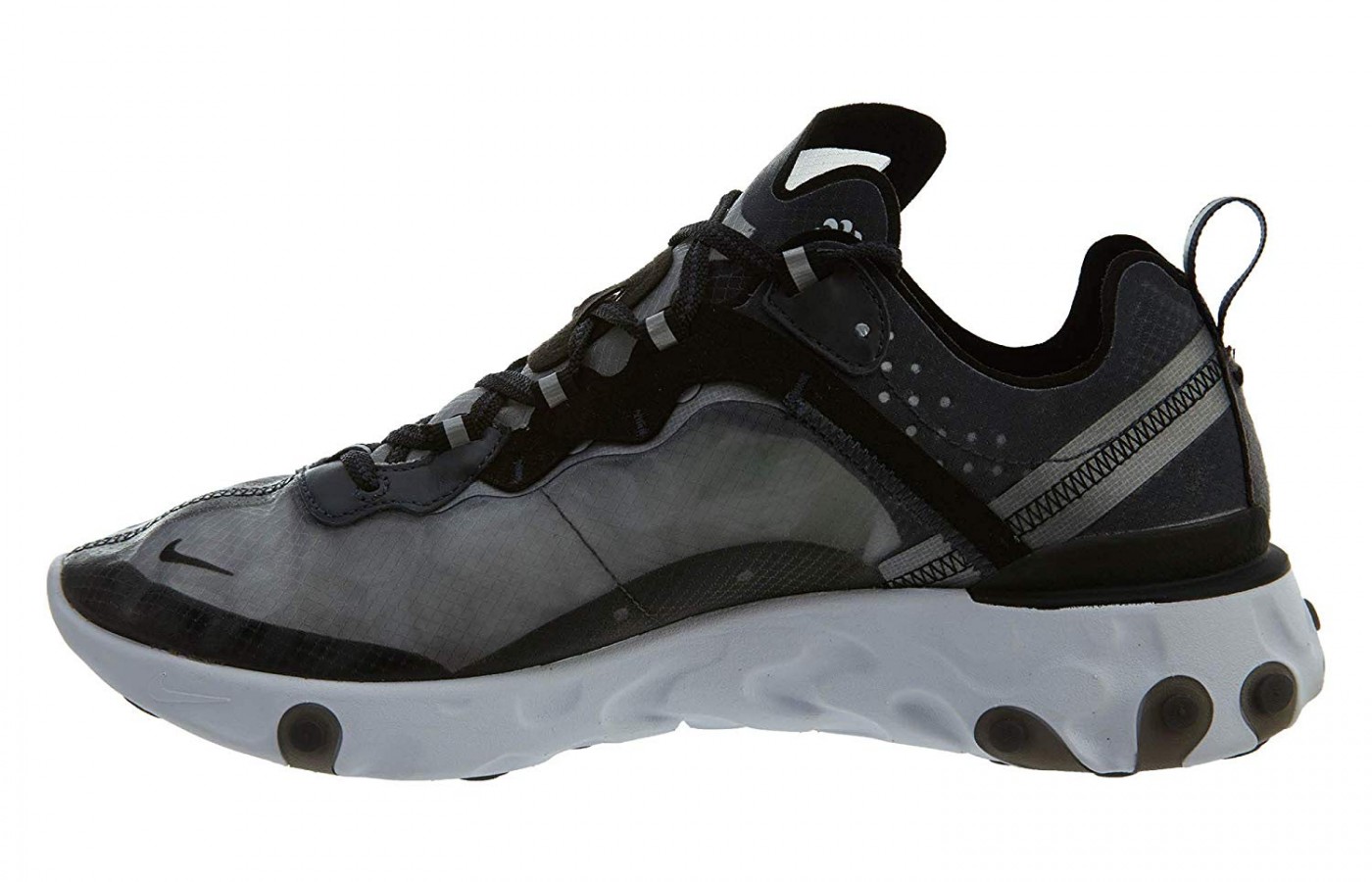 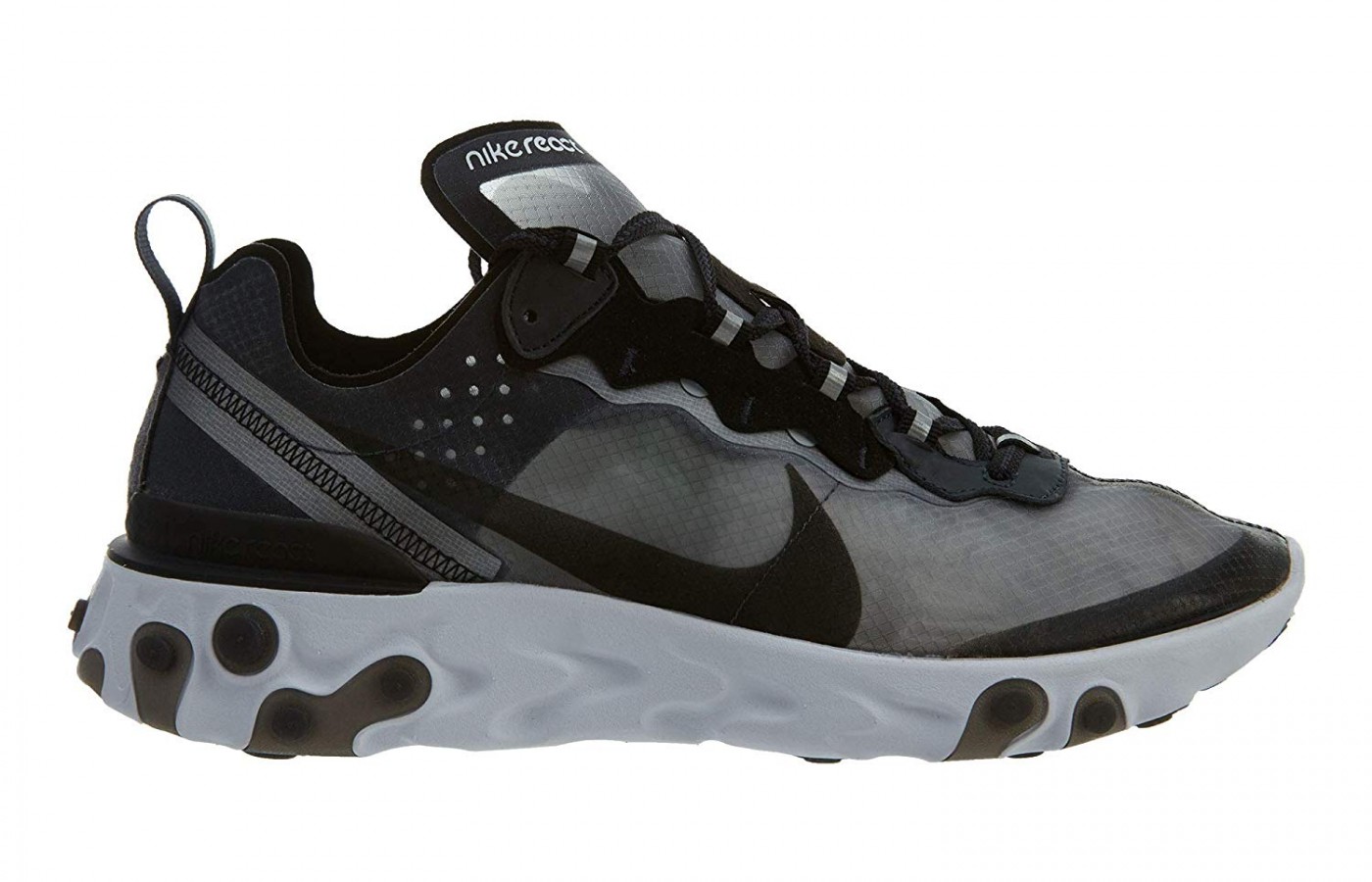 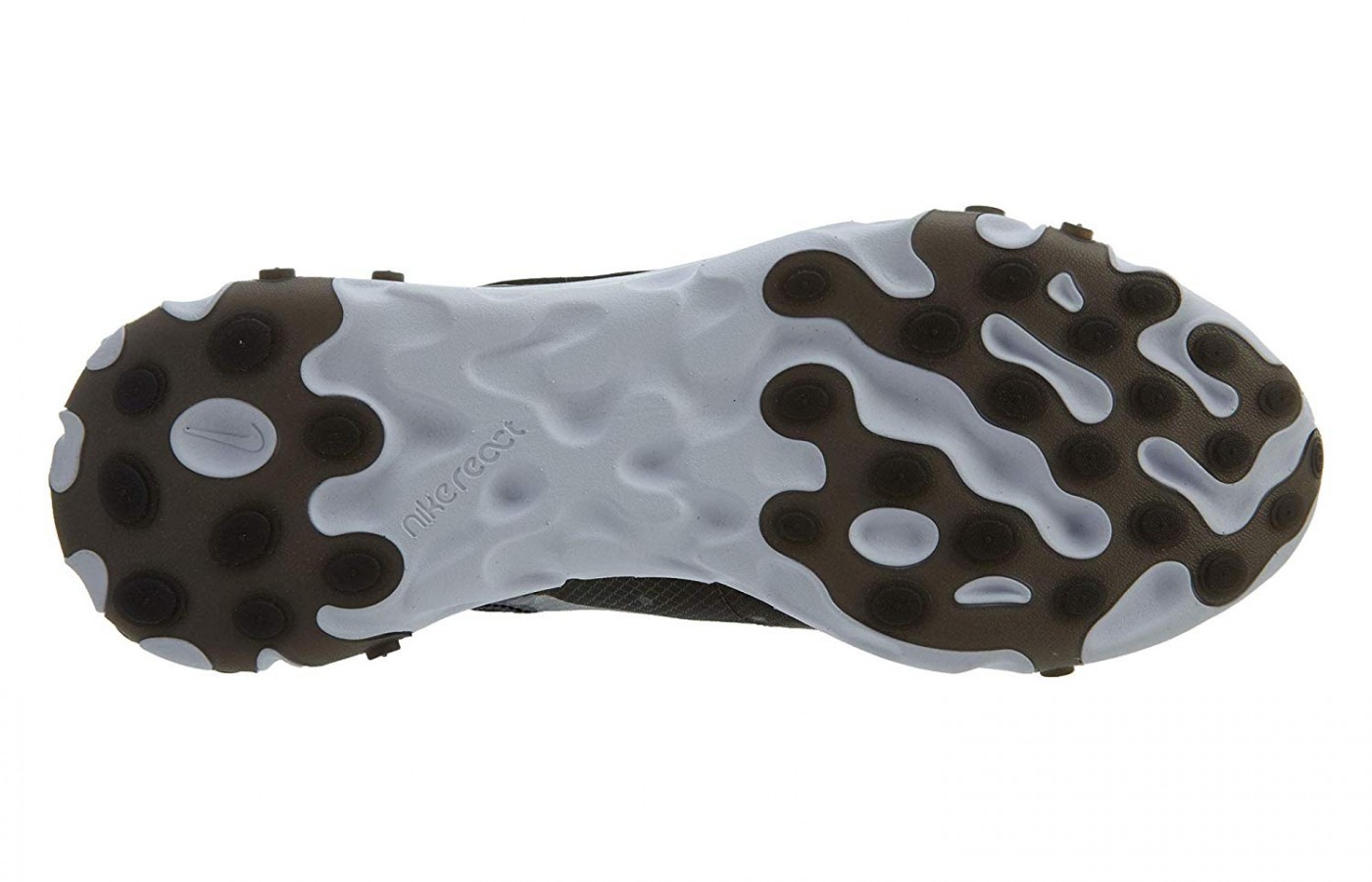 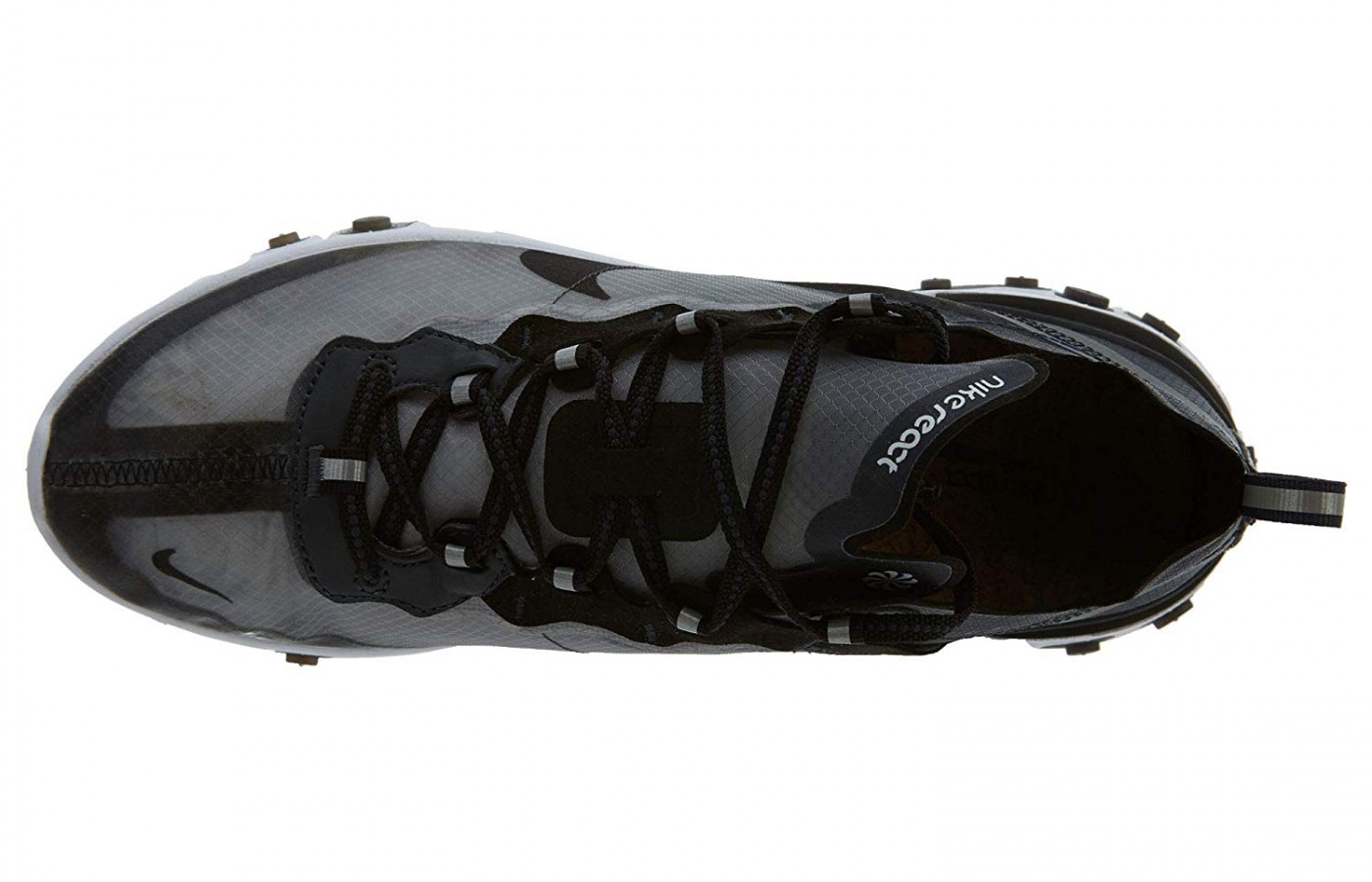 Headquartered just outside of Portland Nike has become a staple in today’s society. They’re loved by the everyday consumers, by the celebrities and superstar athletes and currently, they’re the largest supplier of athletic shoes and apparel. Not bad for a company that was founded by a track athlete and his coach.

In fact, Nike was originally called Blue Ribbon Sports (BRS) and at first, was just a distributor for Japanese shoe maker Onitsuka Tiger. Hey, they even did most of the early distribution and sales from the founder’s automobile, but it paid off big time. Oh and let’s talk about the Nike advertising strategy.

One memorable thing about Nike’s advertisement campaign is that they promote their products mostly with sponsorship agreements. Their first professional athlete endorser was the legendary Romanian tennis player Ilie Năstase, but one of the most memorable collaborations in history was with the NBA superstar Michael Jordan, back in the ’80s and ’90s.  Signing Jordan to promote the Nike merchandise proved to be one of the most successful in history, and it’s remembered to this very day.

Just look at that thick and stylish outsole. It’s great on the eye, and provides great structured support on the heel too. Why? Made entirely out of the good old fashioned rubber, the outsole is carved and designed in such manner to hug and elevate the entire foot, and that feature alone- it gets most the most of compliments from the runners.

That’s right. This particular model is perfect for running because there’s a significant amortization input in the creation of the outsole. Oh, and it's super soft to the touch too. There’s also a splash of color in the outsole too, but you can see that from the photos, right? Don’t just think that it’s your basic white outsole that you can essentially see on any other shoe. No, the interesting design and that Neptune green color that you can see in the title is mainly visible in the outsole. The green rubber dots as they’re lovingly called compliment well with the white base of the outsole and provide a lovely balance of texture and color

And speaking of the title of this shoe, the react part of the shoe comes from the white React foam midsole that serves as the base. The foundation if you will. Designed with the good old and very trusted technology, the react foam is the great supportive buffer that this shoe needs. The outsole is comfy and soft, the outer part of the shoe is slick and light but the midsole is the one that’s holding everything in place. Because that’s where your feet will directly be once you wear this shoe. The react foam adjust to the arch of the shoe and secures the foot in its place, making the running more stable and secured.

Made from 11% synthetic and 89% material, the upper in these sneakers is super light, flexible and comfortable- perfect for a summer wearing shoe. Made in a layered style, the different materials of this shoe are layered almost like a lasagna one on top of the other. This compliments the style, but it makes the upper much more structured too. The materials will keep your feet breezy and moisture free, while the mesh will provide the needed ventilation in the hot summer days.

The exposed stitching at the heel is done with the recognizable Miami pink color, while a beautiful teal color that you might think it’s been stolen from the ocean (and that’s quite prominent in the outsole) appears again on the back of the shoes. Oh and with a beautiful deep blue color, the laces on top give a great pop of color among the dominant presence of grey and black. The blue laces provide great structure on the top of the shoes, and they don’t disappoint in terms of quality either.

In terms of support, this shoe will be there for you. Literally. One of the biggest strengths in this shoe comes from the React foam midsole cushoning. As the name suggests, the foam cushion reacts to the shape of your feet and adapts in a manner that’s beneficial to your feet on the long run. And although the same can’t be said about the upper of the shoe, most of the support comes from the outsole.

Why? Because the upper is made from the material, and although does make it very light on the feet, at the same time it doesn’t provide the best support to the bottom part of the feet. The upper tends to collapse fairly easily when it’s not worn and very special attention should be put into the maintenance of the shoe because of that week material structure. Because of the light suede material used in that area of the sneakers, the foot doesn’t feel that grip and tight fit like it would from a shoe that has leather or other strong material in the upper.

The durability in this design is more enhanced in the outsole of the shoe, while severely lacking in the upper part of the sneaker. The thick rubber outsole provides great insulation and gives this shoe a significant amount of fit and balance, while the thing suede material in the upper unfortunately makes it a little less durable when worn for a prolonged period of time. The thin material tends to be sloppy and collapses when not supported by the weight of the foot, but the cutting edge of the design compensates for the less than perfect material used in the making.

What these sneakers lack in durability, they sure make up for in flexibility. The flexibility of the shoe is prominent in the entire shoe (top and bottom), because of the light material used in making the upper part of the sneaker and in the rubber on the outsole of the shoe. It is extremely flexible in every direction that the foot is facing, and can bend quite easily.

Those great little green dots and strips that you see on the outer parts of the outsole can be found on the bottom of the shoe, and they’re strategically put on different part of the foot. They’re in the toe area and on the heel area of the outsole. Their purpose is to add traction, stability, and to prevent sliding when the shoe is on wet or very slippery terrain. And you’d better believe it, you’ll end up loving those little dots when they prevent you from falling down flat on your face. The design is wide foot friendly and the shoe is designed to be true to size.

Oh, that mesh works wonders for the airflow, and you can definitely feel that breeze of air when you wear these. Because it’s more a summer type of a shoe, it’s made with lighter materials, but that mash that’s prominent on the bigger part of the shoe actually allows the airflow to happen.

This design works best on flat ground and when worn on dry conditions. It’s the perfect show for the gym but it’s not very promising if you decide to run in areas with high humidity and rain.

The thick rubber outsole is one of the most well-engineered parts of this shoe. Why? Because the traction is well supported by the rubber and cleverly positioned strips and buttons (made with a different color than the outsole). They’re positioned on both sides of the shoe (toes and heel) and the traction is one of the key positive aspects that the customers have singled out when wearing this shoe.

This design takes the translucent silhouette of a great athletic sneaker, and ads an undertone of futuristic style and elegance that blends in a quite unique look. The versatile yet understated look of the shoe gives you options to wear it with or without socks, but the detailing in the stitches and the great stabile shoelaces make these sneakers pop.

It’s a type of a shoe that will fit nicely even with the customers that have wider feet, and they come in 10 different variety of color combinations. The sneakers best suit the active walker, the active runner and the gym aficionados that love to have a more physically active lifestyle. These sneakers are a seamless transition for the company form the old style and design to the new and improved react shoe that will fit just about anybody.

This is one hell of an athletic-leaning shoe style. Made for active people, and designed to keep them even more active during the day, it is a shoe with very few faults. The sneakers will keep you supported from the inside and from the outside, but the sleek futuristic style will make you fall in love with them even before you put them on your feet. While the translucent mesh that occupies the majority of the shoe structure is not the most strong and durable, it will make you comfortable with the airflow that it allows happening in and out of the shoe. And when those hot days come, you’ll be wanting and needing that airflow.

The react cushioning in the midsole has the center stage in terms of quality, since it gives the feet the much-needed balance, grip and structure without being overbearing or uncomfortable to the arches after a prolonged time on the feet. The react technology works wonders for this shoe, and what it lacks in the comfort and stability of the upper, it makes up with the flexibility and stability of the outsoles design.

The stylish yet practical rubber dots on the bottom of the show provide the much-needed traction when it’s worn on slippery or wet surfaces, and as overall quality, it very well justifies the money that you’ll be spending on this shoe. You’ll pay a little more than for the average sneakers, but this sneaker is not average in any way. Not in style, not in design, not in technology that was input in making this shoe and not in comfort that you’ll be given when you’re wearing it. 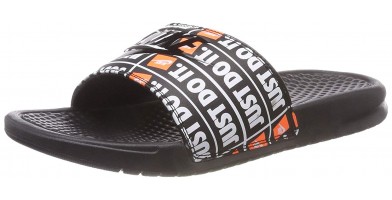 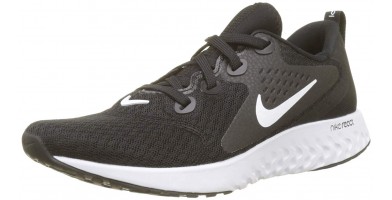 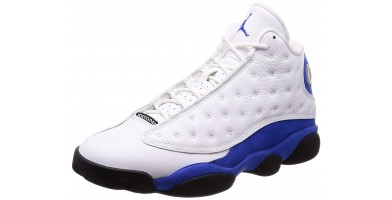