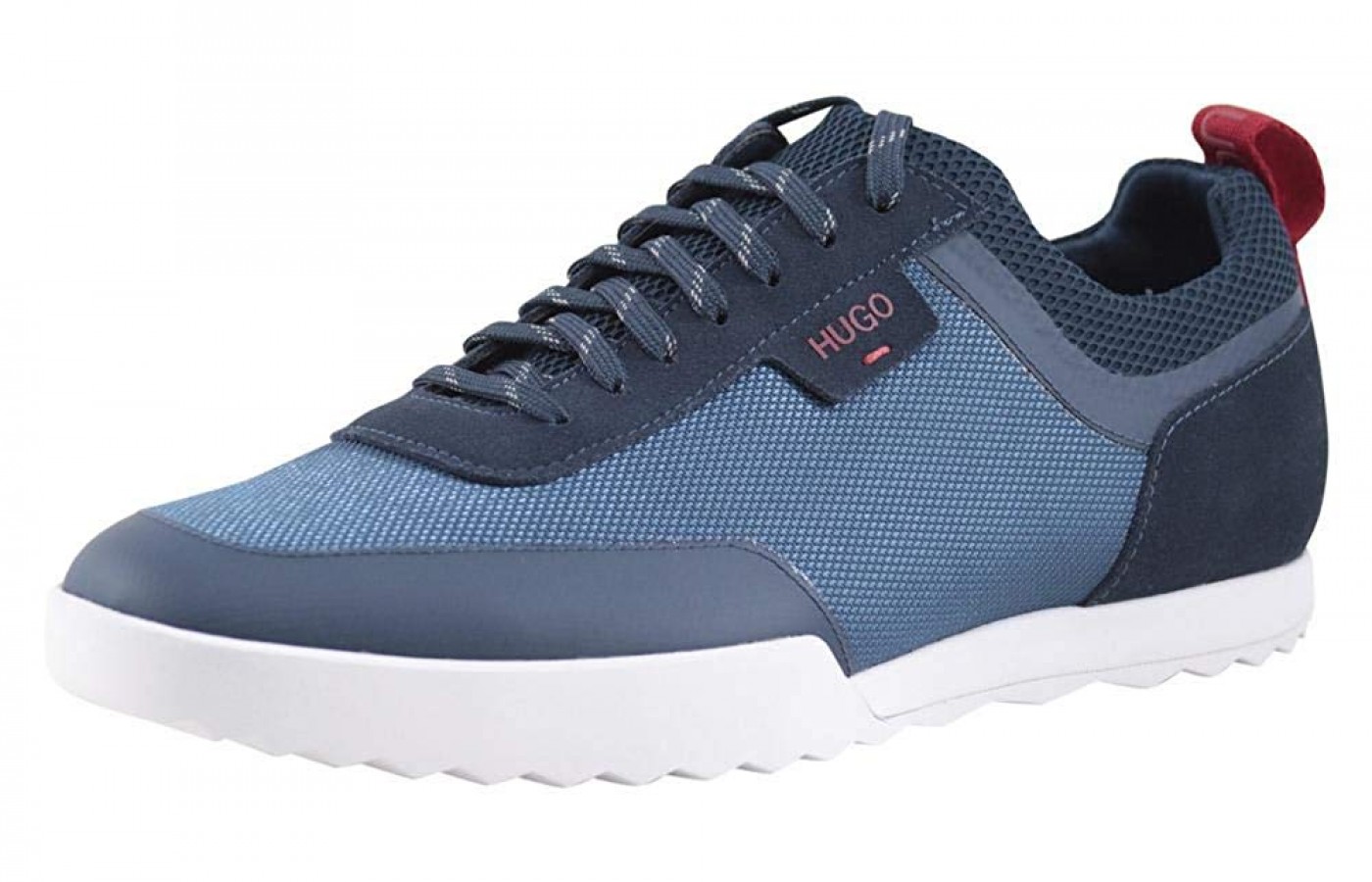 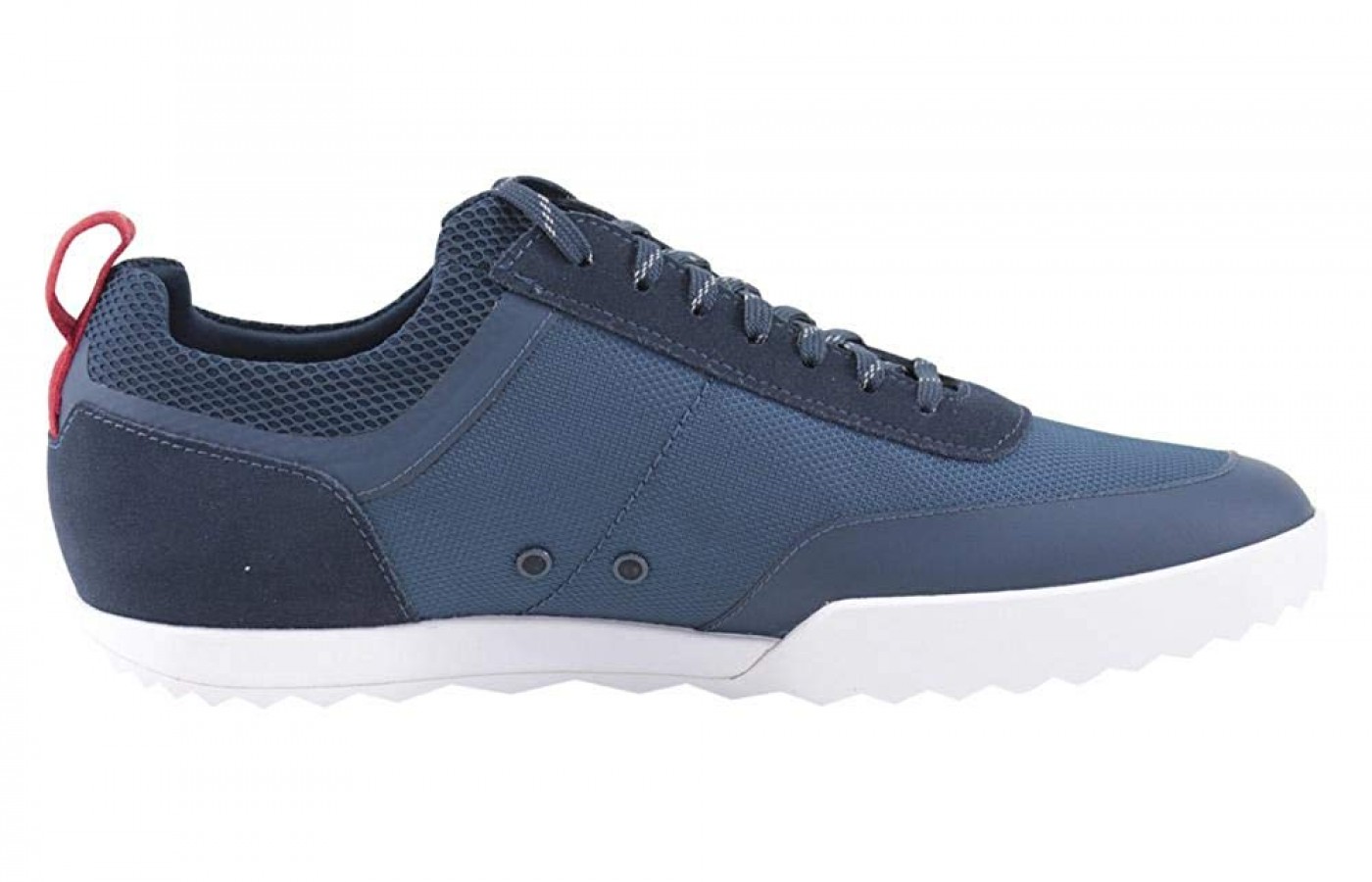 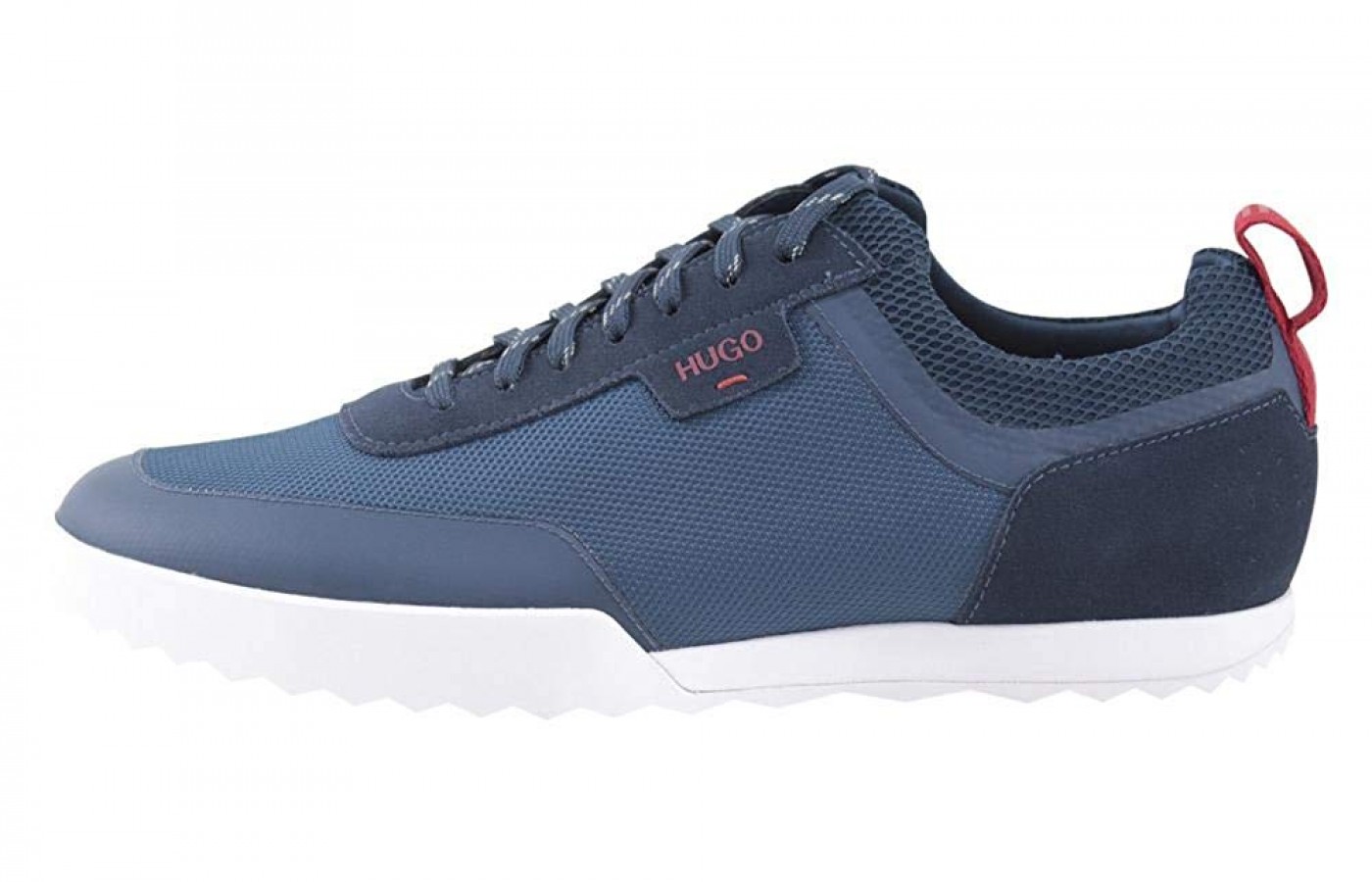 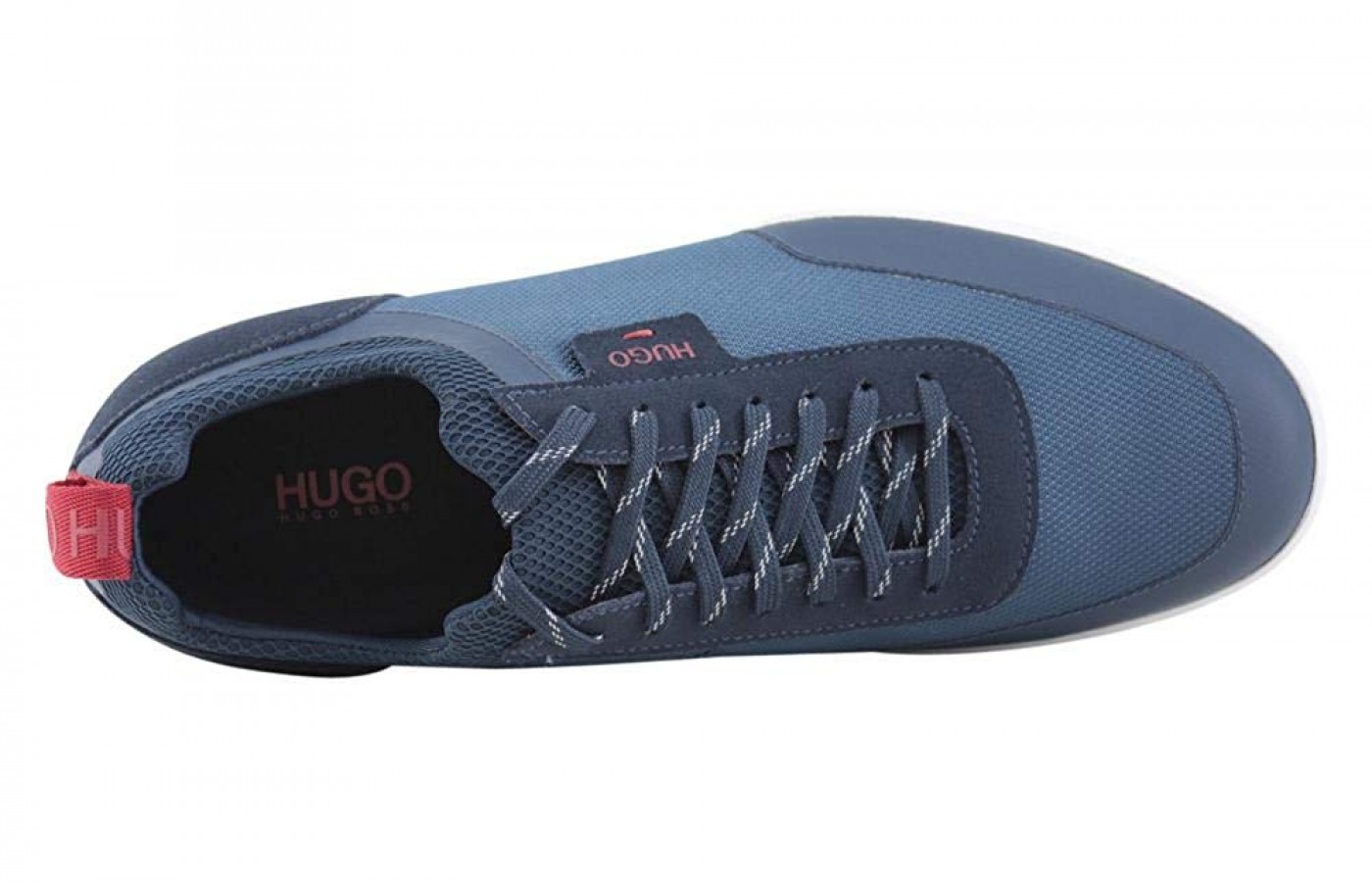 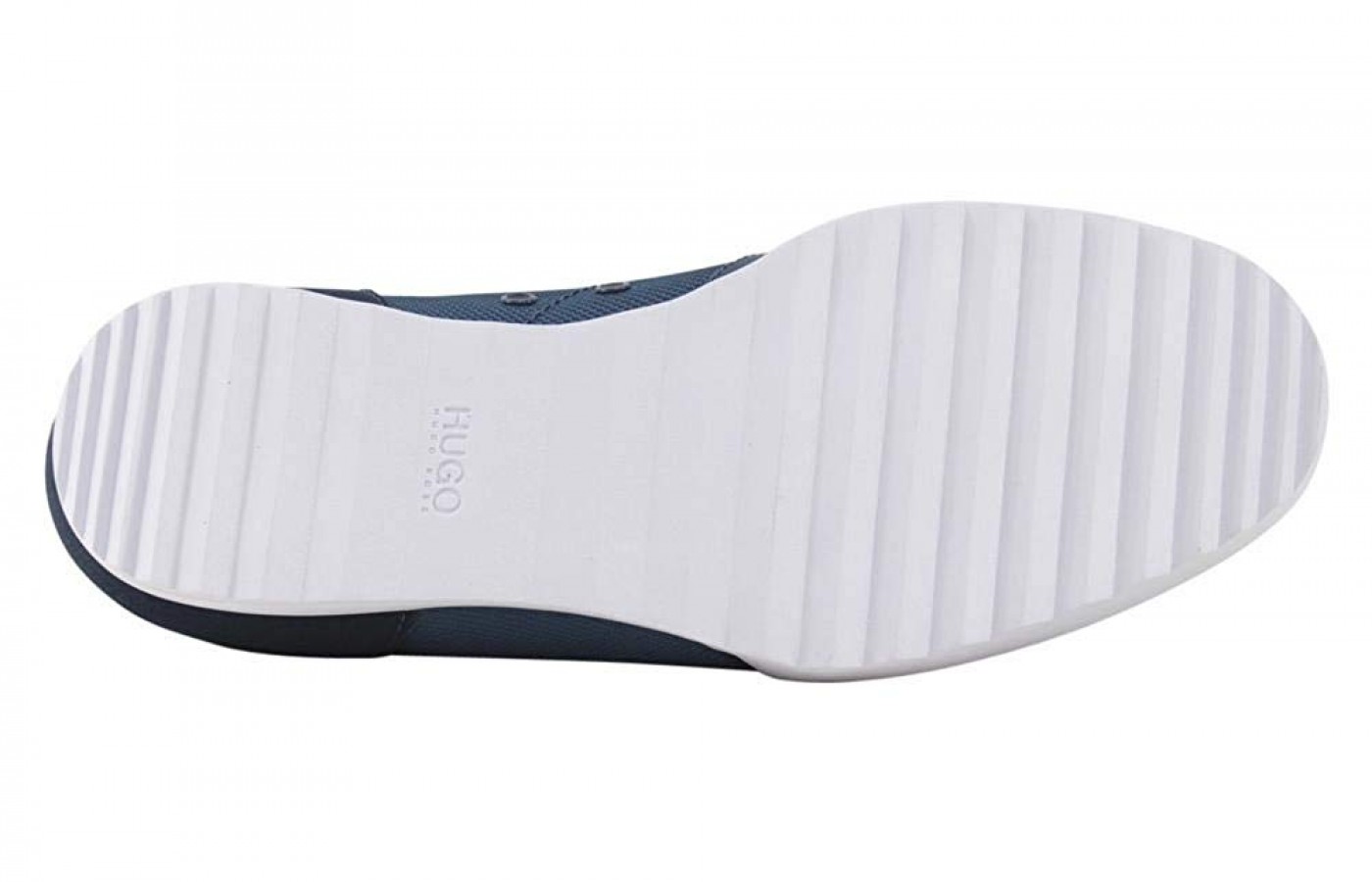 Hugo Boss started his company in Germany, starting off selling clothing in 1923. They began by selling shirts and jackets and then expanded into work clothing and sportswear. In the 30s the company was booming when it started producing uniforms for the German government's organizations, such as Hitler Youth, the SA, and the SS. Boss was a known follower and supporter of the Nazi Party throughout their reign, and even after they fell. Because of his loyalty to the party, after the war, Hugo's son-in-law, Eugen Holy, took over the company and began expanding it, branching out into men's suits, among other things. The brand was slowly starting to boom, and they launched their signature fragrance in the 80s and began selling excellent quality footwear in the mid-90s. It has been a slow and long process, with some major setbacks along the way, but the company made it and is well known all around the world.

The Hugo Boss Matrix sneakers are just one of the many fantastic products to come from this company. They offer a great deal of comfort that customers can significantly appreciate. Unfortunately, the shoes are only available in full sizes and medium widths so if you wear a half size or need a wide, then you might want to consider a different option. They do have a pretty steep price tag, but they are highly durable. Some consumers do not believe they are worth the cost, but that seems to be more of a personal preference as there are some out there that love the sneakers and had no problem spending the extra cash on them. All and all, they are a great pair of footwear that many consumers love.

The Matrix's feature an outsole that is made out of a flexible rubber compound to give you exceptional durability and a decent amount of flexibility that will move with the natural bends of your feet while you are walking. They can offer you moderate traction thanks to the tread pattern and grippy rubber, but they may not provide you the best amount of protection outside of your regular, everyday activities such as walking the sidewalks or other indoor surfaces. If you are planning on going off-roading or hitting dirt trails or grassy knolls, then you might want to consider a different option. If you just want something for casual wear, then these might be perfect for you.

There is a lack of information on what the exact makeup of the Hugo Boss Matrix's midsole, however, we do know that they offer a cushioned midsole to give you a decent amount of comfort while you are out and about. One thing that some consumers might not appreciate about this insole is that it is stationary and therefore will not be able to be removed and replaced if you find that you need something with more padding or support. Reviewers can agree that these shoes are comfortable and provide a sufficient amount of underfoot cushioning the fact that the insole is stationary is not a huge deal, but there are a handful of consumers who are disappointed about this fact.

The uppers of the Boss's are made out of a combination of both faux leather and other synthetic materials to bring you a great look with extreme longevity. The rounded toe has rubber reinforcements so you can have a little extra protection in that high wear area, not only protecting your toes but protecting the uppers from ripping and tearing. The sneakers feature a padded tongue and collar for added comfort and support.

There is a soft fabric lining inside the foot chamber to give you a right amount of ventilation around your foot, helping keep your feet cooled down throughout the day, so you do not experience overheating, especially on warmer days. Since the air is able to get in, the sweat from your feet will also be able to get out of the interior of the shoe, helping keep you dry and aiding in preventing stinky feet at the end of the day.

The Hugo Boss Matrix's are a great looking pair of sneakers that give you a subtle style on your relaxing days off. They have a slip-on construction with an upper that is made out of a combination on faux leather and other synthetic materials to give them a simple look. They have a rounded toe with some rubber reinforcements located there, as well as a traditional lacing system for some extra support. The low-top design has a padded tongue and collar for some extra comfort throughout the day.

The sneakers are available in a handful of different colors you can most likely find a pair that will suit your style needs. When purchasing them, you can choose between three mixed black and grey combinations, two different white and gray combos, medium blue, or dark red. They are a casual pair of sneakers and therefore probably would not fit in well at the office or more formal events, but just hanging out with the guys or attending a family barbeque, these will be a great option.

Consumers can agree that the Hugo Boss sneakers offer you a decent amount of satisfaction that your feet will thank you for at the end of the day. They do, unfortunately, have a stationary insole so if they do not free that great right out of the box then you are going to have some trouble getting an extra insert in them. For the most part, however, customers are perfectly content with them as they are and have not needed to go this extra step.

The soft and breathable uppers also contribute to the overall comfort level of the shoes. They are going to allow air to flow into your shoe and cool your feet down, keeping you cozy throughout the day. This is also going to prevent you from tromping around with wet socks thanks to sweaty feet. Additionally, the soft materials and flexible sole will move with your feet with each step you take, giving you a freeing feeling while you walk.

When it comes to your sneakers, you want to ensure that you are getting something that will be able to withstand your activities without falling apart on you. Even though these are sneakers, they are not really great for athletes, as they will not hold up too well in the gym or the track. That being said, as a pair of casual shoes, they are going to be able to hold their own. They will not tear too easily, mostly thanks to the rubber reinforcements around the toe, giving you a little extra protection on that high wear area. Additionally, the sole is made out of rubber which is reasonably durable on its own, so you will not worry about wear and tear from the sole either.

As for the value of the shoes, some customers are not convinced that they are worth the money they paid for them. They have a rather high price tag and even though they are not going to fall apart, paying that much for a pair of casual shoes that do not have the most versatility might not be entirely worth it. Yes, they are going to be part of your shoe closet for quite a while so you will not have to replace them right away and there are those who absolutely love them and wholeheartedly believe they are worth the price tag. It ultimately comes down to personal preference.

The Matrix's offer a decent amount of support, giving you a secure fit while you are out and about. As long as you are wearing the correct size shoe, you should have no problem wobbling around inside the foot chamber. The snug uppers combined with the traditional lacing system ensures that you will stay firmly locked into the sneakers with no fear of sliding around or walking right out of them.

When it comes to supporting under your arches, there does not seem to be a whole lot of padding there, where you might need it. As previously mentioned there is not a lot of information available on the exact construction of the midsole, but a few customers comments were stating that there was a real lack of support in the sneakers. Consumers did agree that they were comfortable, despite not having enough cushioning in that area. The problem lies with the fact that you cannot replace the insole that is located inside them to give yourself more support. You are pretty much stuck with what you get right out of the box.

The Hugo Boss's are not too heavy, although they are just a tad bit heavier than some of the other sneakers on the market. They only weight in at 13 ounces for a single shoe, size 12 medium, so it is just slightly higher than the 10 ounce average of lightweight shoes. That being said, customers have had no issues with them feeling overly burdensome of their feet and no complaints on them holding them back or slowing them down while they are walking around in them.

The Hugo sneakers are only available in whole sizes, there are no half sizes available for purchase, much to the dismay of many consumers. They can be bought in sizes 6 through 13. Additionally, they are only available in medium widths, no wide sizes. Hugo Boss does not cater to the majority of customers with the sizing of these sneakers.

You want to try to make sure that you are wearing the right size shoe for your feet to give you the most out of their comfort and support. If they are too large for you, then you run the risk of sliding around too much in the foot chamber which can cause you to trip and injure yourself or someone else on your way down. If they are too small for you, then they are going to be utterly uncomfortable, pinching your toes and squishing your feet. The good news about the Matrix's is that they run true to size so you should have no problem determining what it is that you will need to order. The bad news is that, as mentioned above, they do not have a lot of sizes to offer you. If you wear a half size or you have wide feet you can always try going up to the next size, but that does not always work, and they will not accommodate everyone's foot size.

Thanks to the rubber sole and the soft materials of the uppers, these sneakers offer you a decent amount of flexibility so you can walk around more freely without feeling like your steps are being restricted at all. The sole will bend with the movements of your feet, promoting a more natural gait that your feet can appreciate. The faux leather and other synthetic materials that make up the uppers are soft and bend easily, helping increase the overall flexibility of the sneakers.

For the most part, these are a great pair of sneakers that customers seem to really like. Yes, they have their downfalls, as most products do. They are only available in whole sizes and do not have a wide width option, but if you do not need one of these options, then that will not affect you at all. They have a rather hefty price tag, but they are also highly durable. Some consumers do not think that even with the long lifespan they are worth the price tag, but that appears to be more of personal preference. They do have a decent amount of comfort that customers adore. The flexibility of the shoes gives you a natural movement of your steps while still giving you the protection you need from your shoes. Most reviewers believe that the good outweighed the bad of the sneakers and were very happy with their purchase. 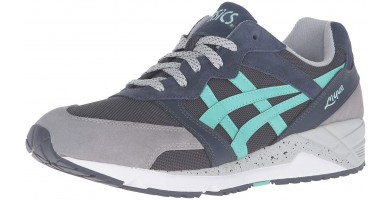 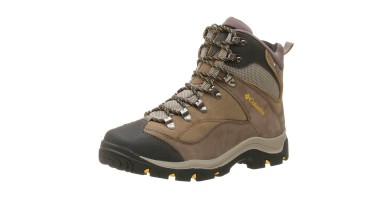 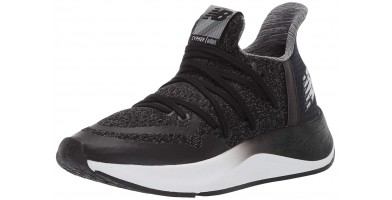