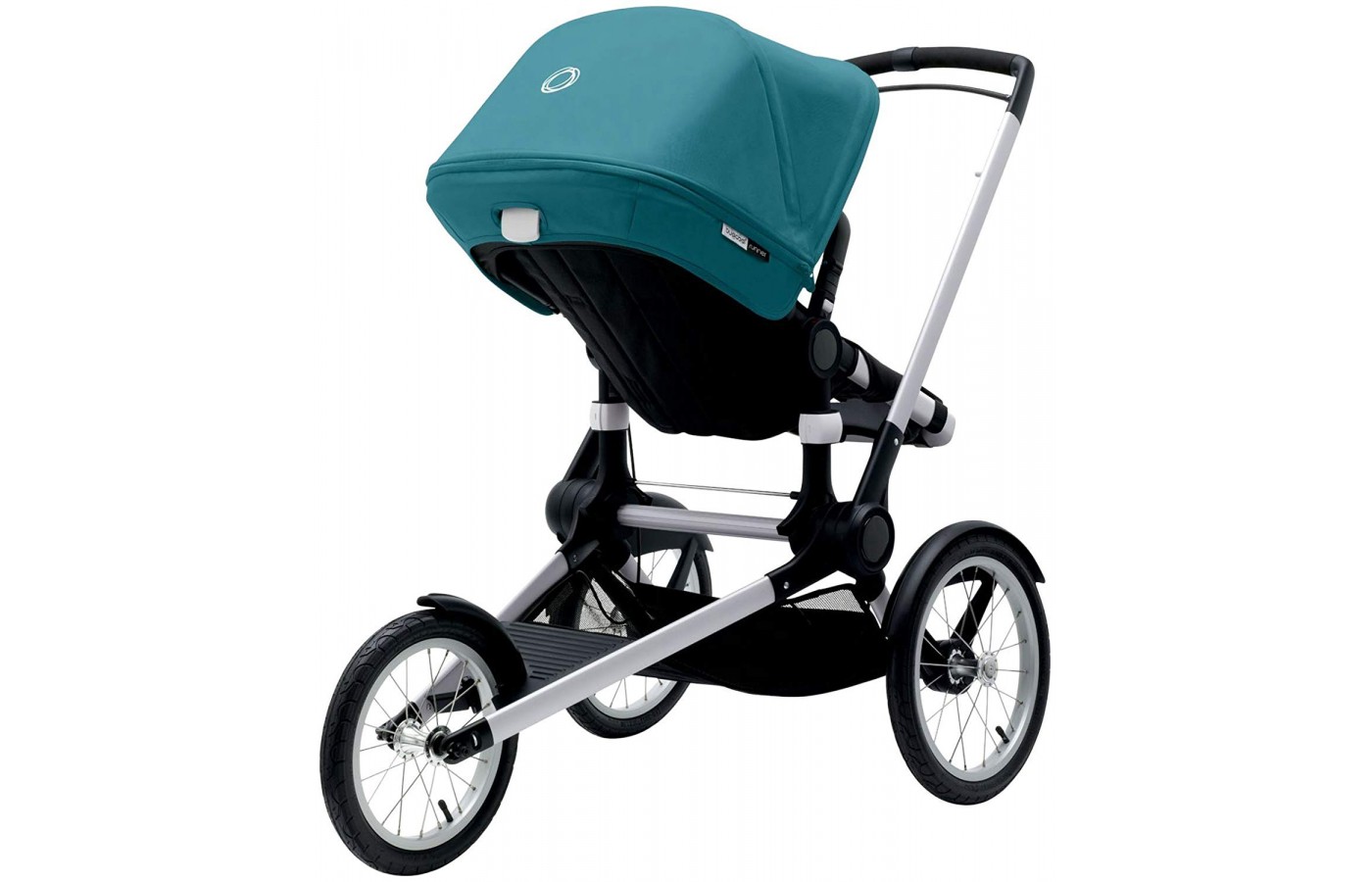 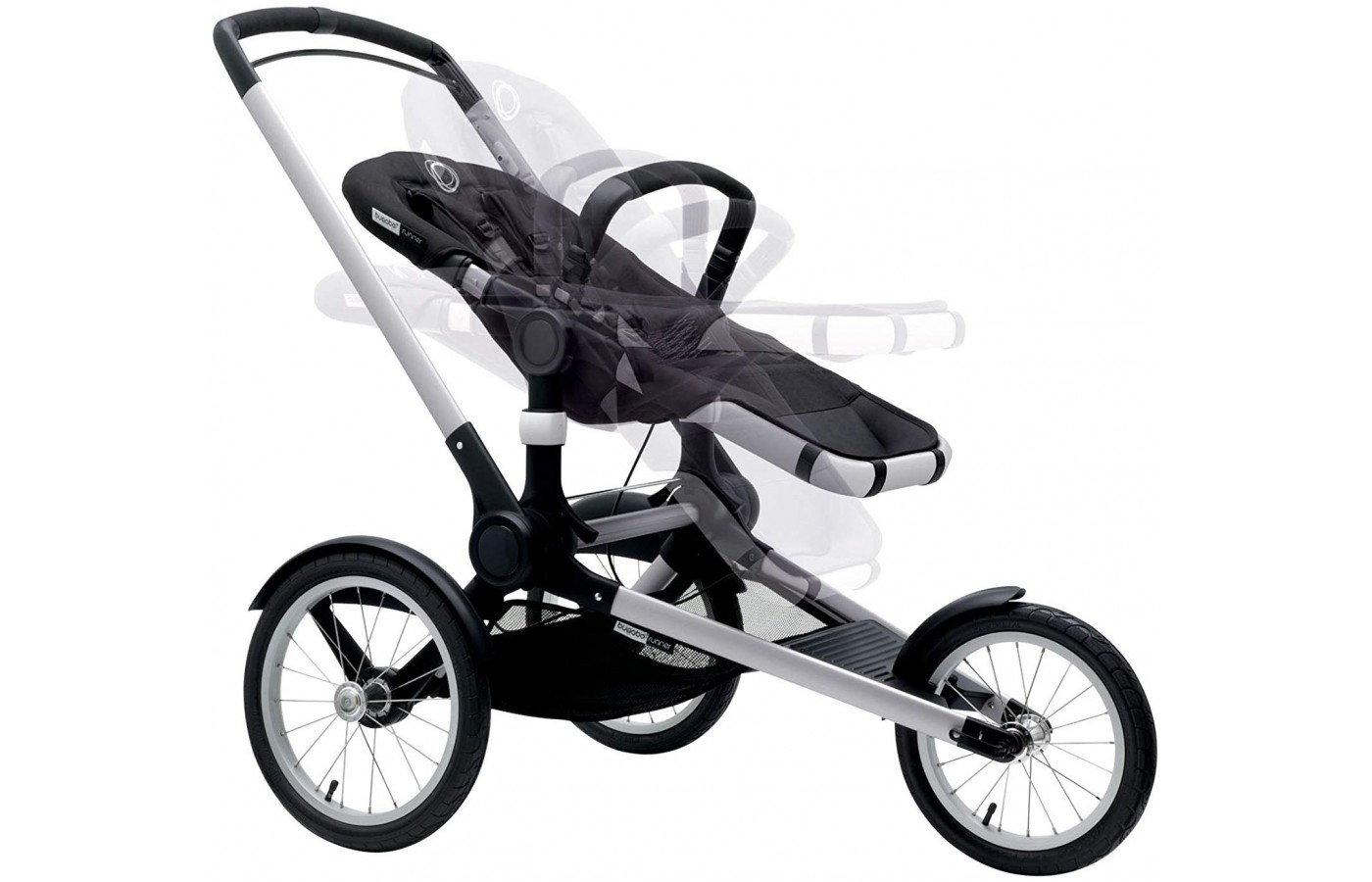 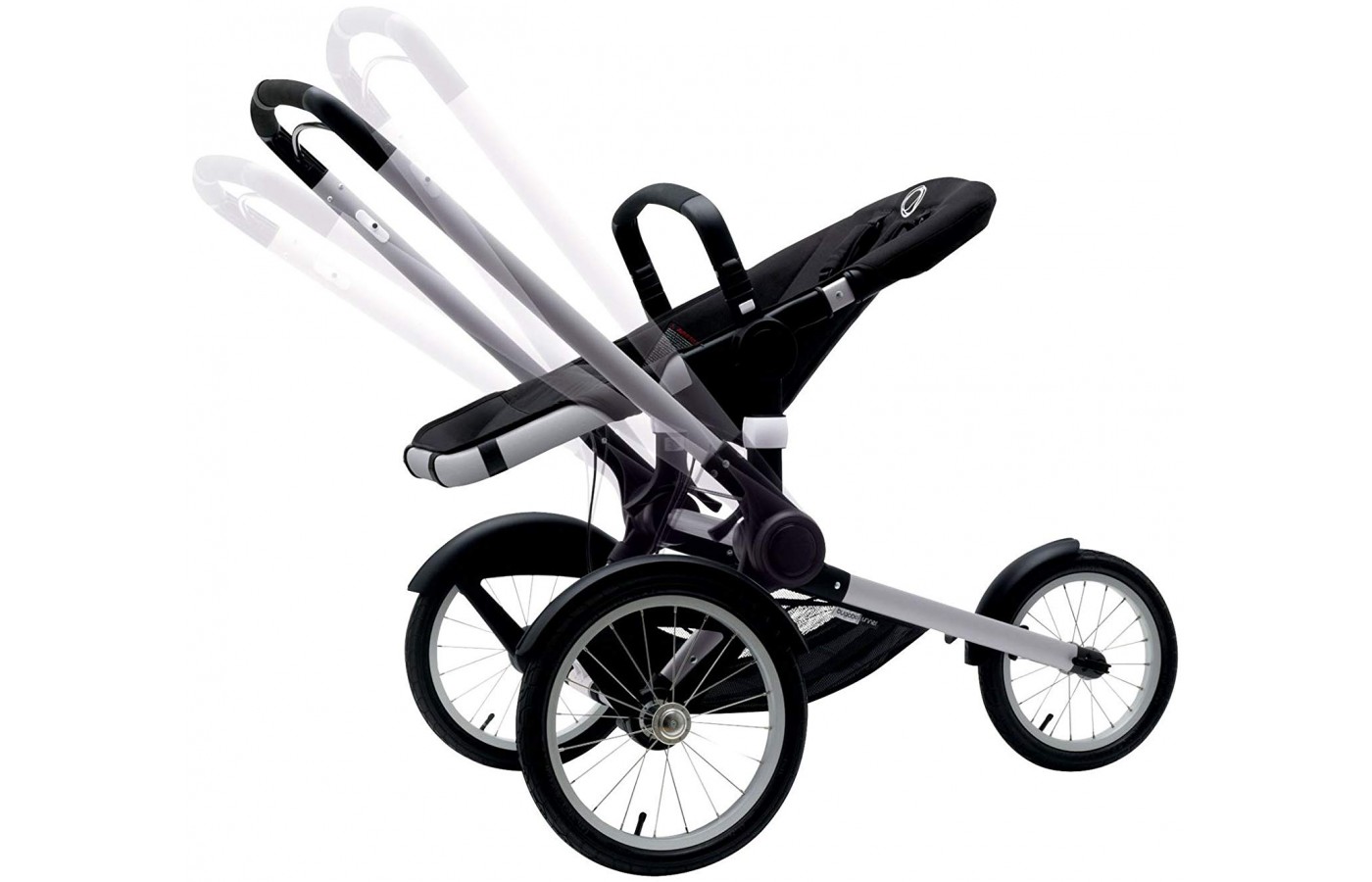 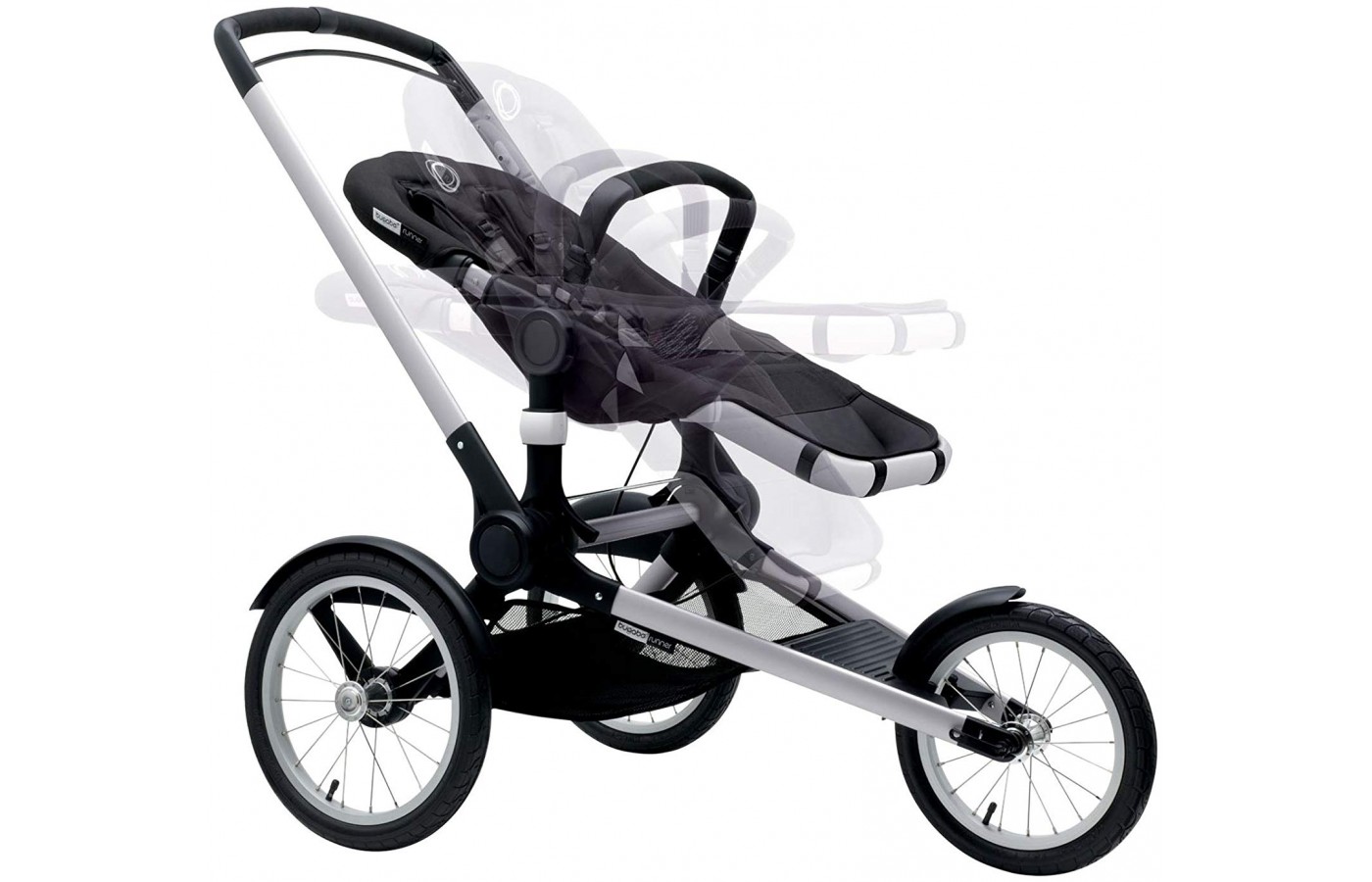 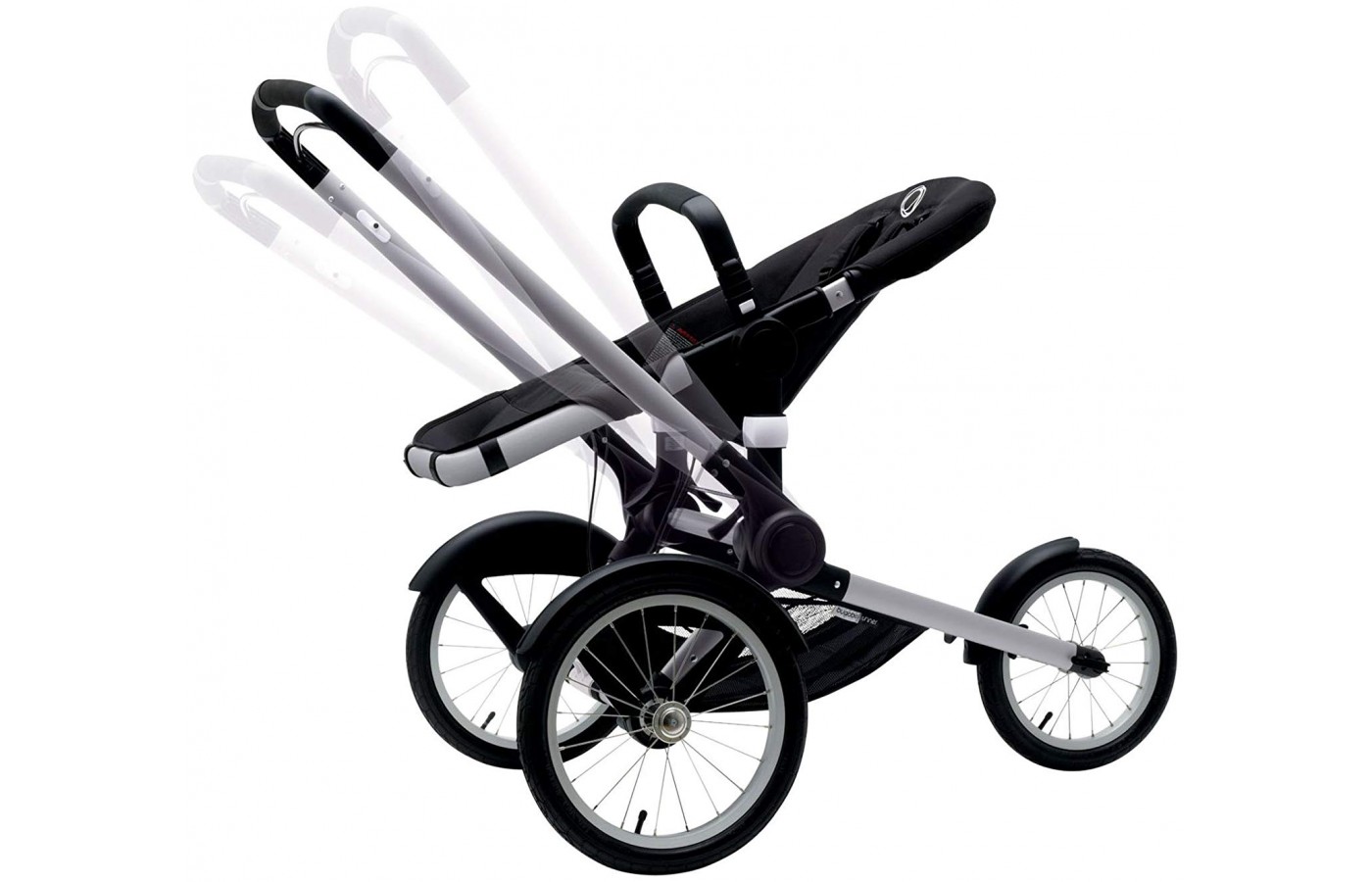 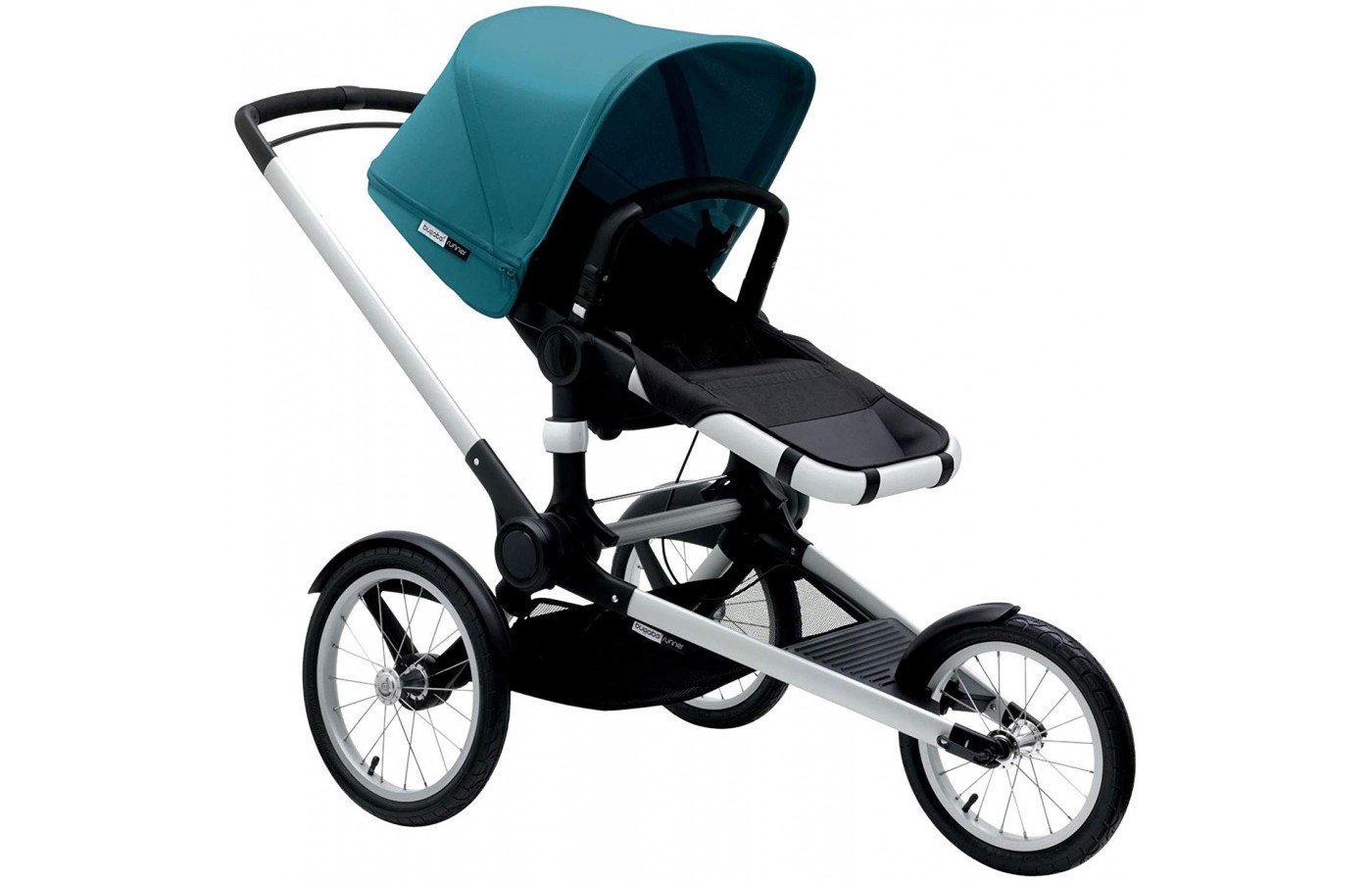 Since the dawn of time, we as humans have been trying to come up with better infant transportation. And one of the earliest examples of that comes from, a fresco painted by the famed Italian painter Giotto. In that fresco he depicted Jesus being carried in an early version of a sling by his mother Mary. The fresco dates from 1306 AD. But the wheeled type of devices or strollers as they’re known today were invented in the 18th century England.

One of the most prominent designers of that era, William Kent actually designed the first modern stroller. It was commissioned for the noblemen called Duke of Devonshire and was actually pulled by an animal such as a small pony or a small goat. The later construction focused more on security, rather than on aesthetics, but they were more or less the same in the design.

But the strollers go by different names. They’re called pushchairs in the UK and buggies in other parts of the Commonwealth. But for now, let’s focus on one particularly versatile stroller. The Bugaboo Runner, made for the active young mothers, this is the pinnacle of modern technology.

But what are the pros and cons of this stroller? Find out by scrolling down in this post. Hope you’ll like this review and this item.

A wide selection of accessories

Only two color options are available

Comes with a 17 kg weight limit

Polyester is the dominant material in the construction of the Runner, but if you take a closer look at the stroller, you’ll notice that two separate types of polyester are used on two separate locations. The first batch of polyester (100% polyester in fact) is on the Sun Canopy, while the second one is on the seat. A great fact about the polyester made sun canopy is that it’s both water and sun repellant. It will protect your baby from the rain and from the sun, as it has UPF 50+ protection. Secondly, the larger part of the entire construction is the chassis.

Made entirely out of aluminum, it makes for one hell of a lightweight and very easy to handle stroller. Of course, the tires are made from the good old rubber, and the one fantastic thing about them (besides the thickness) is that you can easily inflate all three of them with just your basic bike pump. The pump you use for your bike or your basketball can be used in the maintenance of the wheels.

The comfort is not always down to the materials used in the making on the item in question. Many things contribute to the comfort, and the Runner is no exception. The large, very practical and adjustable handlebar is just one of the things that contribute to comfort. The other thing is the control brake. Look, the outdoor running can certainly come with plenty of risks.

You may run through the nice paved roads of the city park, but you may also run through the busy streets of the big cities. Wherever that may be the speed break that controls the speed comes with easy access. You can reach it without any limitations at any time and it lets you be in churches of the speed at all times. The tracking controls are also one fantastic future, and they’re aimed at the front wheel. That way you can adjust the deviation if it’s needed without any obstruction.

All of these things combined really allow the comfort to brighten up the use of the runner, and to give you the best possible performance.

What is there to be said (and written) about a stroller that comfortably transports your child, keeps it safe and allows you to look after your figure while doing all that? Most of the usual strollers don’t have this level of practicality, but the Runner is no ordinary stroller. Much like the name suggests, the Runner allows you to run while taking care of your baby.

It allows you to remain active even after the arrival of the bundle of joy while taking good care of your baby as well. Your baby will remain safe and sound while the physical activity lasts, and protected from the external influences (like pesky rain and UV rays of the hot scorching sun). The Runner doesn’t restrict your activities because of the weather conditions and allows you to stay active for months and months after birth. Also, you can use it up to the point when your baby reaches 17 kg in weight, while the basket under the seat has the capacity to hold an additional 10 kg of extra load. That’s where your additional bags, diapers, and bottles will go. Oh, and one last thing.

If the tires get deflated (let’s face it, it could happen, you can easily inflate them with your basic bike pump, and they’ll be good as new. You’ll be pleasantly surprised from the practicality of the Runner.

The notable features in the Bugaboo Runner are quite remarkable so pay attention. The suspension of the stroller is built in, and there’s a very practical handlebar for adjusting the height of the seat as well. That way, as your baby is growing you can adjust the height for a more practical and smoother ride. The large wheels are added for great balance, amortization and for even greater comfort and there’s the addition of the mud-guard too. What does it do? Well, as the name suggests, it guards the stroller (and especially the tiers) against mud splatter and getting the stroller dirty. Nobody wants a dirty stroller right?

And yes, it will eventually get dirty, especially if the running is done through a rougher and tumbled terrain but you’ll be a lot more comforted to know that there’s a protective guard inserted on the tires to catch the excess mud. Oh, and the seat mentioned earlier… Well, …it’s reversible. Yes, you’ll be able to turn the set the seat on the side that suits you more on a moment’s notice. Underneath the seat is the basket, and much like the seat itself is very spacious, accommodating and easily accusable.

The wet-naps, the diapers, the extra set of clothes, the sun-block lotion and everything that you and your baby might need, can be stored in the basket. Oh, and last but not least… The speed and tracking control of the stroller. The brake that controls the speed has nice and easy access as well, and so does tracking controls on the stroller’s front wheel.

Yes, the comfort, the practicality, and the versatility are all great components of the stroller. But the durability is important as well. For such quality item, the durability is a must, and the design isn’t the only thing that accentuates the durability. All the different parts and the materials that were used help too. The aluminum made chassis is firm, stable and lightweight at the same time, and so are the thick rubber tires.

All three of them are made out of rubber, but really the star of the construction are the synthetic-made sun-canopy and the synthetic-made seat. Both are accommodating and protective at the same time. The sun-canopy protects the baby from the sun rays and from the rain as well, while the seat is strong enough not to absorb any type of liquid. Both items are machine-washable and easy to clean.

The weight of the stroller (along with the seat attached) is 12.7 kg. Because of the aluminum used in the making of the chassis, and the synthetic material used pretty much everywhere else, the entire construction is easy to transport, easy to push and easy to navigate.

On the subject of size, the width of the stroller is 70 cm, which means is narrow enough to fit in most of the city and rural spaces. When it’s folded, it has the 86.5 x 70 by 42.5 cm dimensions, and separately (not folded) the dimensions on the front wheel measure 14 inches, while on the back wheel, they measure 16 inches.

Although not specifically stated, the speed is truly amazing with the Bugaboo Runner. Think about it. You can actually run, while taking care of your child. It’s perfect for jogging, and the three securely positioned thick rubber wheels are there to keep you balanced and secured. There’s a very handy dandy break that’s in charge of the speed-control and that’s pretty much all that you’ll need. All you have to do is take it for a ride.

While the official website states that the style is unique, plenty of mothers have praised the style as fashionable, modern and very practical. That’s all coming from the comment section of course, but it’s a great deviation from the classic four-wheeled style of strollers. The three-wheels makes the model much more aerodynamic, easy to push, and of course good-looking.

Easy to fold, store and transport the Runner has 86.5 x 70 by 42.5 cm dimensions when folded. It can be easily stored in the back of a car, and it’s also easy to assemble when it’s ready to use. The folding of the stroller can be done by first removing the seat, and then by removing all of the three wheels. You can leave the wheels as they are when folding, but that won’t make it fit in small spaces. By removing the wheels you can make it more compact and very easy to store and transport.

Every bit of the Bugaboo Runner is easy to clean. The complete weight of the chassis is just 12.7 kg, and although made from aluminum is very easy to maintain. All you need is a wet-towel and it’s pretty much a breeze from then on. Yup. Just wipe the surface with a wet towel, and you’ll be basically done. The seat and the sun canopy are easy to wash on low temperature in your regular washing machine, while the tires have very practical mudguards. They’re easily attached in order to prevent mud and other types of dirt going to the rest of the stroller. So, yeah. You can bet your baby’s tush that the Bugaboo Runner is easy to clean and maintain.

Although fairly expensive, and not usable beyond the weight limit of 17 kg, the Bugaboo Runner is truly a great purchase. It’s a great investment both for the child and for the mother. It’s very practical, very easy to maneuver, and of course to store, but it’s very lightweight as well. And that’s very important when it comes to the actual use of the stroller. After the added weight of your baby, and the weight of the items stored in the basket under the seat, the total weight that you’ll have to push increases.

That’s why it’s essential to have an item made from very lightweight and practical materials, and with the ingenuity that could make the use a real effortless dream for every mother. Although it comes with only 2 color options, the versatility is more evident in the surroundings that you can actually use it. It’s really comfy, and appropriate for use in several types of terrain and the sun canopy is there to offer protection (to your baby of course) both form the sun and the UV rays.

You’ll be pleasantly surprised by the Bugaboo Runner. It will keep you fit and active and your baby happy that’s joining you in your daily physical activities. It’s a truly amazing stroller that is sure to stand the test of time. It's easy to transport, easy to clean, it's very practical and dependable on almost any type of terrain. Both you and your baby will fall in love with it, but let's face it... You might fall in love with the model a bit more. Well, more than your baby anyway. It will allow you to sat close to your child, while it keeps you fit and active at any given moment. What's not to love about that? Seriously. This will quickly become a must-have item. 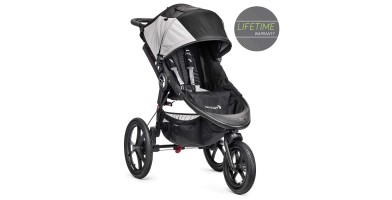 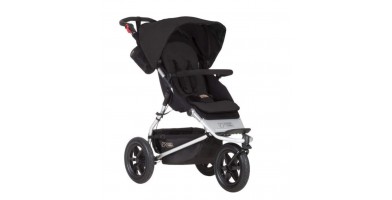 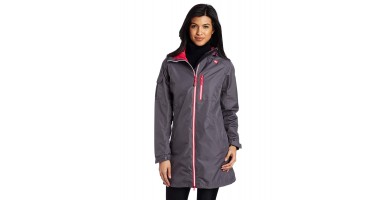