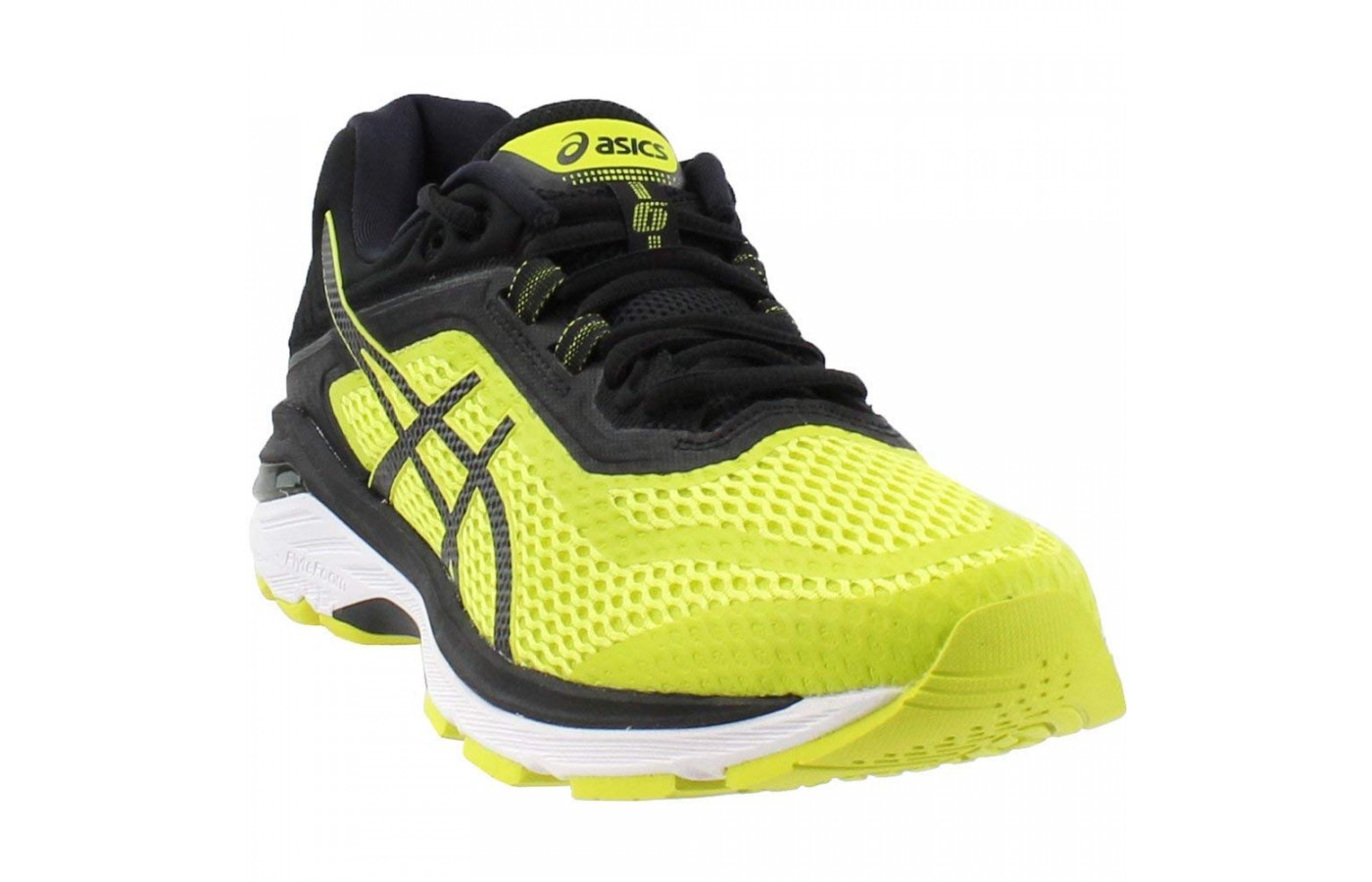 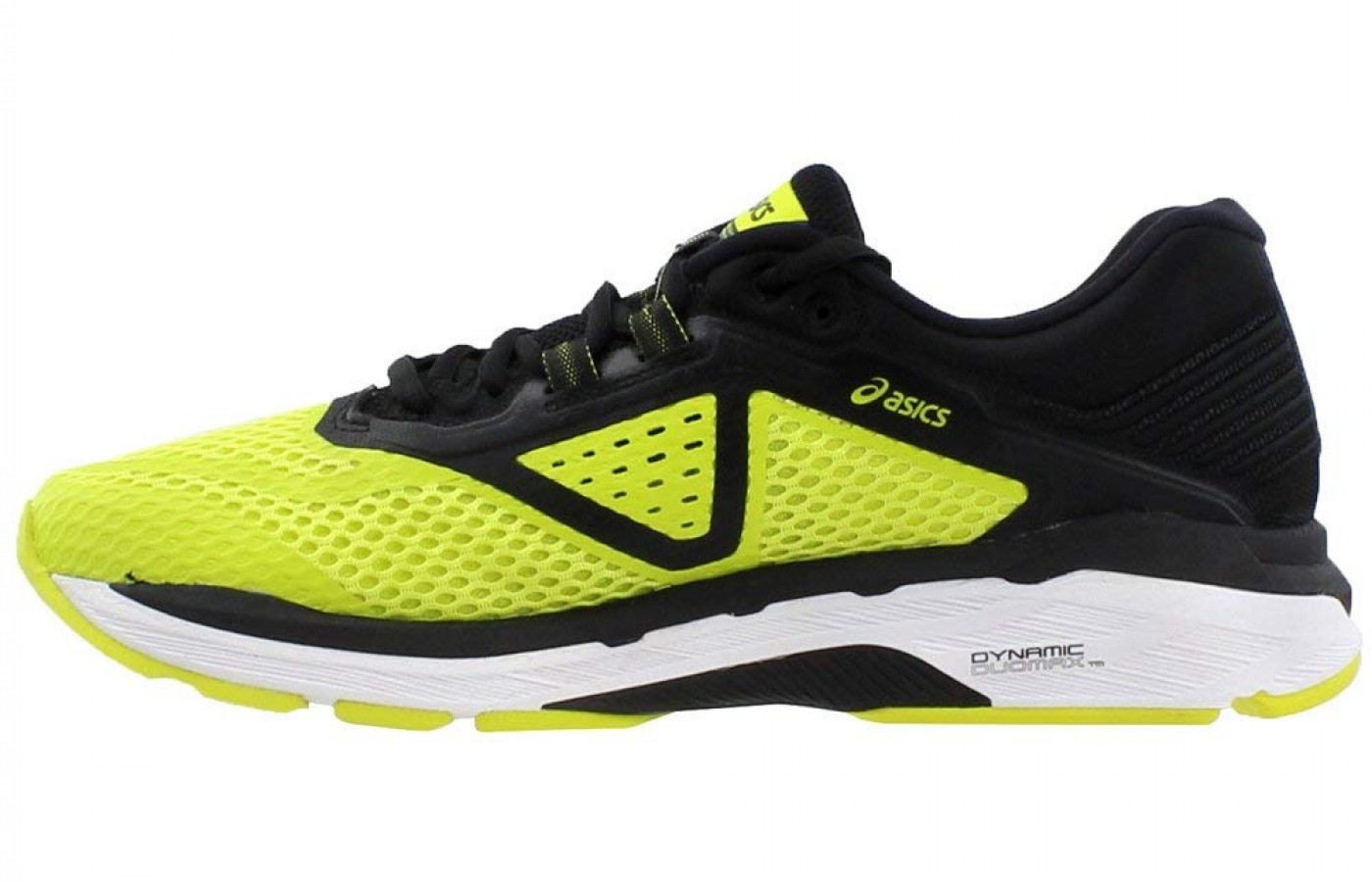 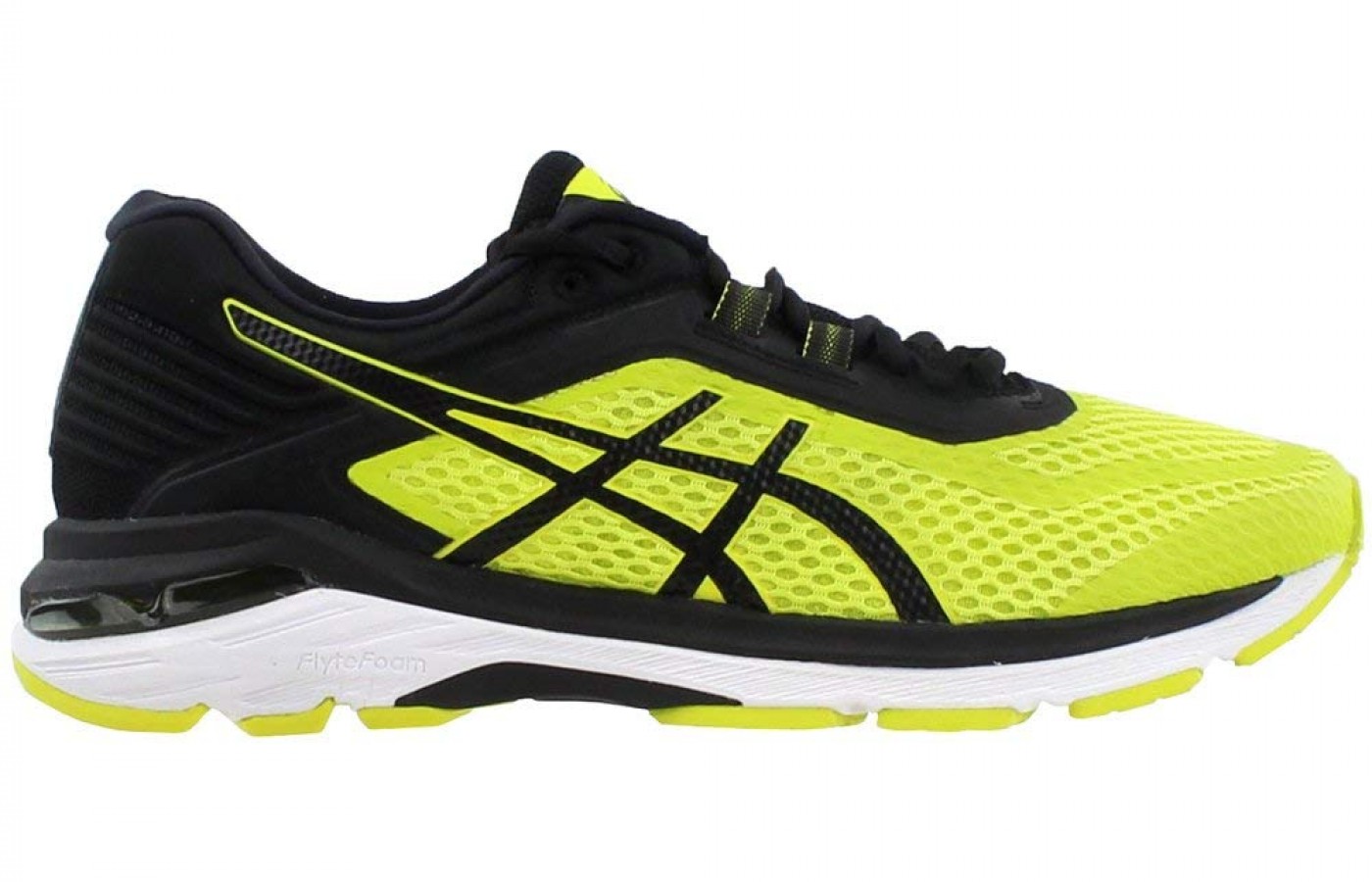 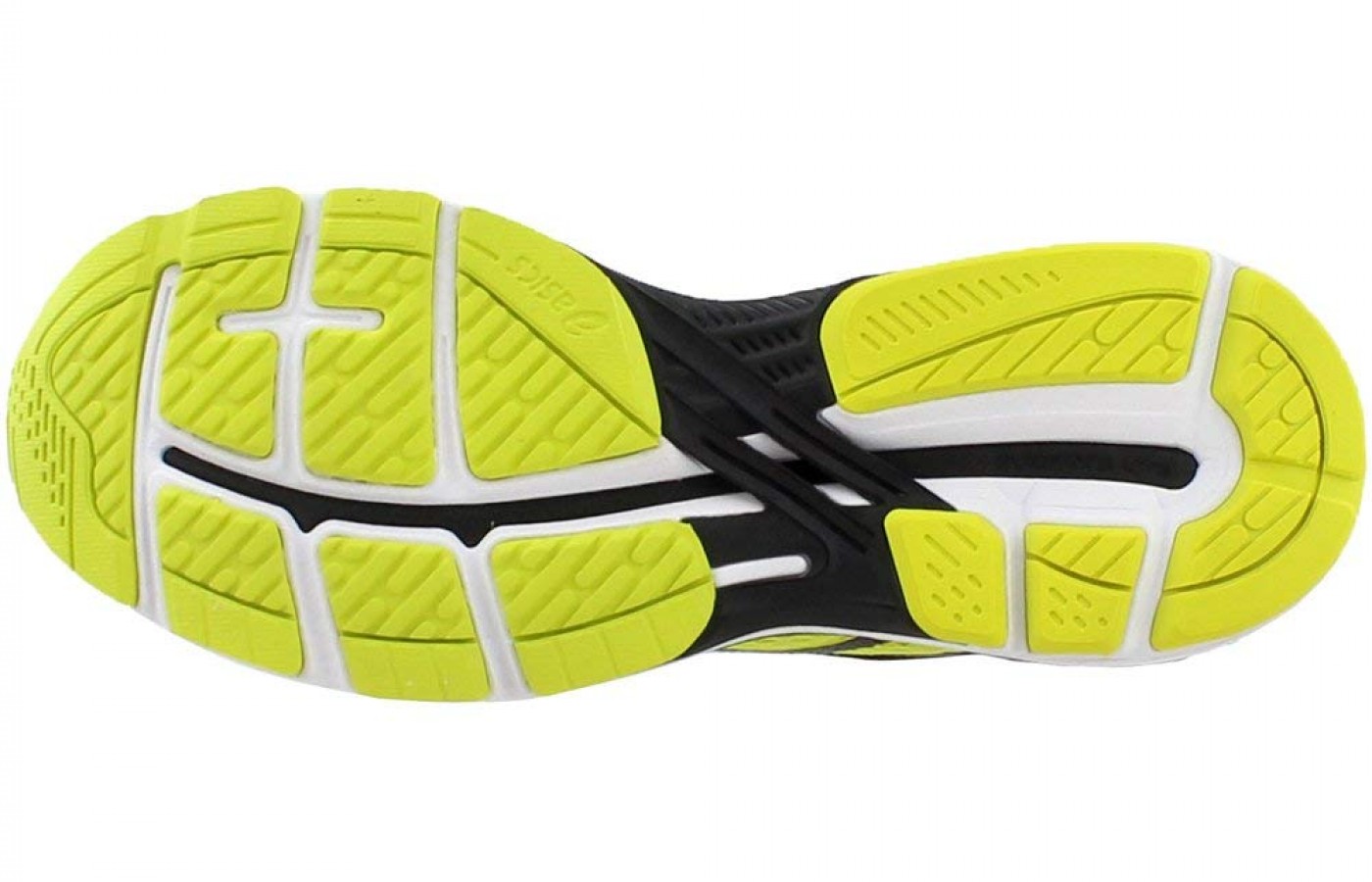 Asics GT-2000 line quickly became famous amongst runners for the stability, responsiveness and lightweight comfort. The new addition to this line is the Asics GT-2000-6 which immediately feels lighter than the previous versions. This is due to the Flytefoam technology applied to the midsole, which made the GT-2000 6 half an ounce lighter than the GT-2000 5. For those who are proud owners of the GT-2000 5 and GT-2000 4, Asics has done not one, but many changes on the new model, from the ground up. This includes the midsole, the outsole and the upper. As a result of all the changes, the GT-2000 6 has a more supportive ride.

There is a significant update in the upper portion of the sneaker, including the lacing system, the heel, and the heel collar, just to mention few. For instance, there is a wider forefoot which is perfect for someone with bunions, as well as a more shallow toe box. This new Asics GT-2000 6 model is your ideal choice for running, whether it’s on the road or on a treadmill. Offering stability and great support, every runner should try a pair of this updated Asics GT-2000 6 model.

Parts of the updated elements on this Asics GT-2000 6 model are the extra ventilation holes on the upper. Placed right above the arch, they allow for unrestricted airflow to keep your feet nice and cool. The mesh is strategically added on the forefoot and the sides, at the spots where the foot tends to sweat more. This is a material that is known to control moisture, thus adding to the overall comfort of the runner. The ComforDry insole is another addition to the Asics major change. It offers great cushioning performance and anti-microbial properties for a cooler and drier foot environment. It is also removable which allows for it to be washed separately, and allows more space, so you can insert your own insole. Many customers agreed that their feet remained dry and cool even after long distance runs.

In order to reduce shock during impact, Asics introduced the Rearfoot and Forefoot GEL technology cushioning systems. Although this is supposed to give the design better cushioning and more bounce, some customers agreed that the cushion is not as good as Asics GT-2000 6 predecessors. There were reviews about the new model requiring a long time to break into. However, after a week or two, many customers felt better and could run and walk with ease.
Some wearers even reported that this model doesn't fit true to size.

On a more positive note, adding to the overall comfort is the removable ComforDry sockliner that provides excellent cushioning and draws moisture away to prevent possible irritations. This is what most runners look for in a running shoe.

Featuring a Flytefoam sole, this Asics GT-2000 6 model is about 55% lighter than its predecessors, weighing only 10.5 ounces or 298 grams for the men’s version, and the women’s shoe has lost a full ounce. This makes it a perfect lightweight stability sneaker, that not only is comfortable and responsive, but it’s also very supportive and offers great stability.

Asics introduced new changes and technologies with the Asics GT-2000 6, but when they redesigned the upper, they may have done something wrong. After looking at a number of negative reviews about the quality of the upper, we have concluded that the Asics GT-2000 6, may not last you as long as its previous versions. Many customers who have worn GT-2000's for many years, said that they never had a pair fall apart as fast as the updated GT-2000 6.

Within one month of casual usage, many reported multiple holes throughout the upper. This happened even with people who just did regular walking around in order to break the sneaker in. The mesh is said to be fragile and easily rips apart on both sides. When compared to the Asics GT-2000 5, there is no reinforcement strip in the top of the toe. Unfortunately, despite the Asics GT-2000 6 being so comfortable, supportive and lightweight, it appears to have some manufacturing flaws that need attention.

The FluidRide midsole in the previous models provided the runner with a combination of cushioning and bouncing properties with reduced weight and exceptional durability. With the GT-2000 6 model, Asics applied the FlyteFoam midsole technology, which is designed to provide exceptional bounce back and responsiveness. On top of the FlyteFoam, there is a layer of SpEVA foam, which helps exert tension and absorbs shock.

For those who are unfamiliar with this FlyteFoam technology, it is a new foam developed by Asics, and Asics GT-2000 6 is the first model where it’s being introduced. Consisting of an EVA base, it is also blended with fibers to create a fabric that is much lighter and has stronger resilience properties than other standard foams. The FlyteFoam sole is about 55% lighter than the regular EVA sole foam found in other running footwear. This means a lot to runners. They get more cushion but with a lightweight feel. With this model, there are gel inserts as well, which work great as a shock absorbent.

Asics GT-2000 6 outsole is probably the strongest element incorporated into this style. Utilizing Asics High Abrasion Rubber (AHAR), the bottom is designed to tolerate high impact and shock while protecting the midsole from rugged terrain. It is a tough rubber that cuts down on excessive wear. In addition, Asics introduced the Guidance Trussic System technology in this model, to enhance gait efficiency, while delivering midfoot structural integrity.

Another great feature of the outsole is the DuraSponge soft blown rubber incorporated at the forefoot. This part of the sneaker brings about greater cushioning as well as better bounce, adding durability at the same time. The noticeable flex grooves together with the DuraSponge rubber allow for a natural stride. Many reviewers agreed that the outsole of the Asics GT-2000 6 is long-lasting and provides excellent traction during their runs.

There are so many features of the Asics GT-2000 6 model that work together to provide the best support for runners. Considering the amount of cushioning applied to the midsole, there is no doubt this model offers great support. While the eyelets provide a customized fit, the Dynamic DuoMax support system is there to increase platform support and stability with reduced weight. In addition to this, the heel counter enhances the support and improves the stability of the design, thanks to the Heel Clutching System Technology.

The new FlyteFoam material has the ability to adapt to the shape of the foot while still keeping its original form. Furthermore, the outsole AHAR material combined together with the DuraSponge at the forefoot provides a solid, but flexible base to this updated Asics GT-2000 6 design. Undoubtedly, it’s safe to say that this upgraded style offers great support, and many runners were able to confirm this.

Given the high levels of comfort and easy styling, this Asics GT-2000 model is not only a favorite amongst runners, but many customers find it suitable for casual wear. The outsole is sturdy, and due to the AHAR material, it’s safe to take it out for a run on different types of terrain, as long as it’s paved. It is a sneaker made for stability, responsiveness, and support so you can rest assured it will give you all of that even when you are running long distances. We already established the poor quality on the upper, which is the reason why this design can’t be used on rough terrain. It performs great on the road, treadmills and light trails for your long and easy daily runs.

The outsole of the Asics GT-2000 6 design is known to deliver excellent traction. It is made of a number of flex grooves that enhance a more natural stride. In addition, the non-intrusive medial post and centered lugs promote better centered and cushioned ride. This makes the model desirable amongst moderate overpronators. Much like its predecessors, the Asics GT 2000-6 is meant to be used on paved roads, sidewalks, and terrain of the same nature.

Asics applied almost all their technologies in this model. First, it’s the Rearfoot and Forefoot Gel cushioning system which is meant to provide excellent cushioning and reduce shock every time your foot and heel touch the ground. Second, it’s Asics fundamental philosophy around which all Ascics technical footwear is built, the popular Asics technology called the Impact Guidance System or IGS. It allows the foot to move naturally using three principles: Contact, MidStance, and Propulsion.

The third technology applied to this design is the Guidance Trusstic System. This feature allows connection between the rearfoot and the front foot. Last but not least is the Dynamic DuoMax, which is nothing but a high-density EVA foam that minimizes the consequences of overpronation and improves the natural motion of the foot. All four technologies work together to deliver a stable and comfortable, yet lightweight sneaker for every runner out there.

Asics completely restructured the upper, midsole, and outsole on this model. While the outsole and midsole are a significant improvement to the new design, the revamped top hasn’t shown the same quality. According to many, there is a major change from the other GT-2000 models. While the previous version had sturdy stitched-on overlays, this model uses no-sew overlays around the midfoot. Typically, stitched-on overlays give weight to the shoe, but they are more durable and better supportive than the no-sew overlays. The redesigned seamless upper, although it wraps the feet better than the previous models, has shown to be of very poor quality.

The new no-sew overlays with the Asics GT-2000 6 style are supported with straps around the midfoot, to enhance a customized fit. In addition, the traditional holes in the lacing system have been changed to loops for the second and third attachments, which actually helps keep your feet nice and snug. The laces also secure the tongue. Another significant update is the heel fit, which is also reported to be snug, making it ideal for those who have issues with heel slipping. The heel collar has the right amount of padding, and the external plastic that covered the heel on the previous versions has been removed, reducing the weight of the upper.

Another change to the upper of this shoe was the addition of ventilation openings along the midfoot which help improve breathability. While many customers said that they never had issues with the GT-2000 4 or GT-2000 5, these new openings were a nice addition for them. Similar to previous models, many agreed that this design could have better color options.

Overall, it’s safe to say that the Asics GT-2000 6 model is a stable, supportive and comfortable shoe that many runners would enjoy. It represents a lighter version when compared to its predecessors. There are many technologies applied to this design and certain updates that were both good and bad. The GT-2000 6 features a wider toe box, making it ideal for runners with bunion issues, while the upper offers a better heel-fit to keep your foot locked down. The heel-to-toe Gel technology and the DuoMax support system and offer protective stability that absorbs shock on any surface.

The designers have reduced the weight on the GT-2000 6 model by half an ounce. This was made possible when they replaced the FluidRide midsole with their premium midsole, FlyteFoam. The Gel system and the Guidance Trusstic system are present as in the previous versions, allowing better cushioning, high shock absorbancy and promote natural gait efficiency.

Another great Asics product we reviewed is the Asics GT-2000 10, so make sure to check it out as well.

Many agreed that the Asics GT-2000 6 model is a basic, supportive and comfortable shoe. It offers a functional ride and is perfect for runners who need stability for mild to moderate overpronation. 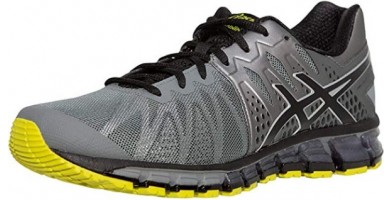 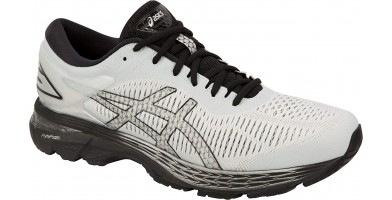 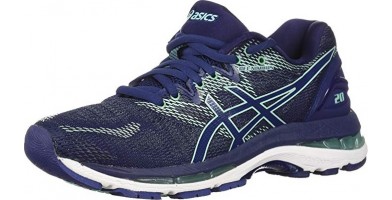