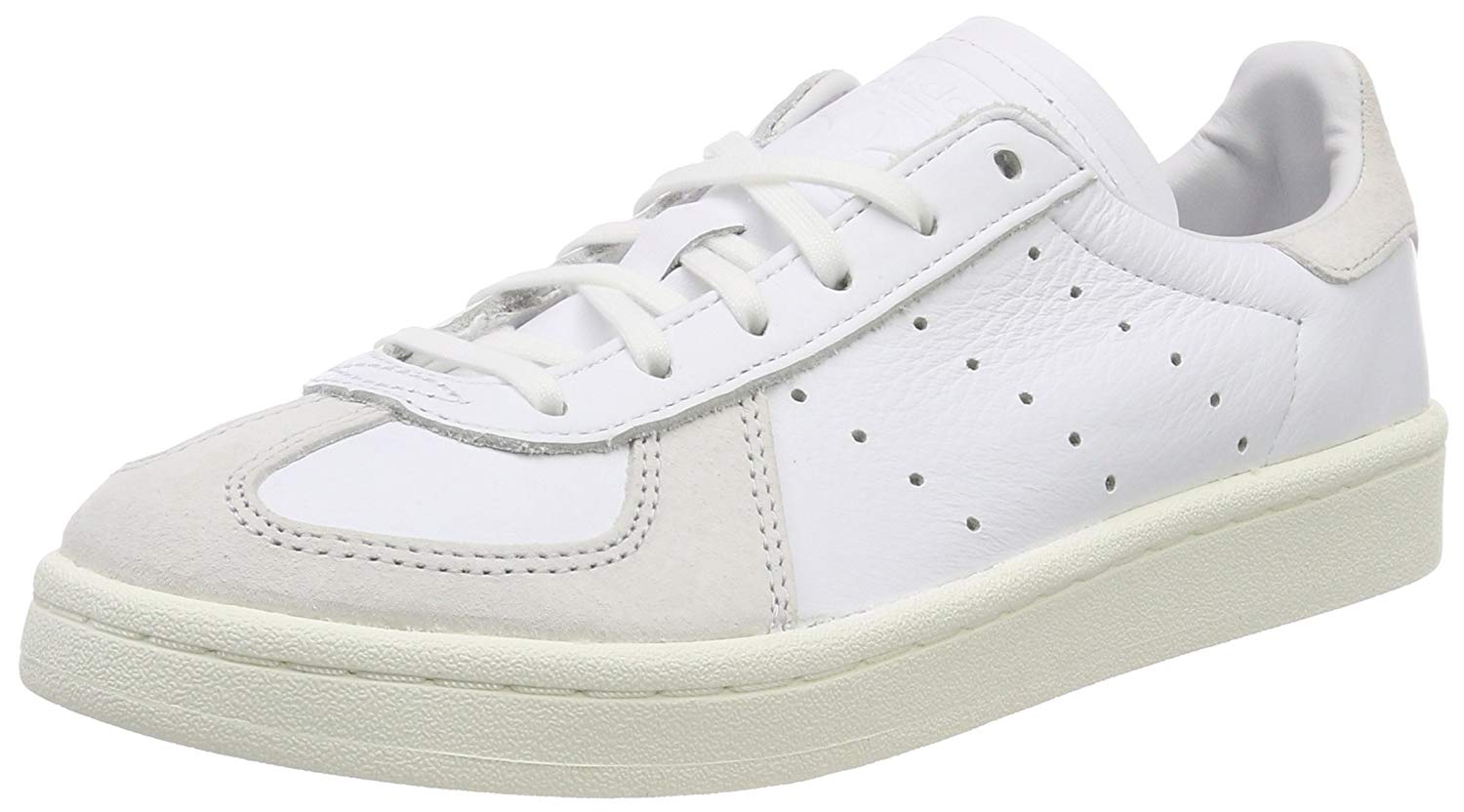 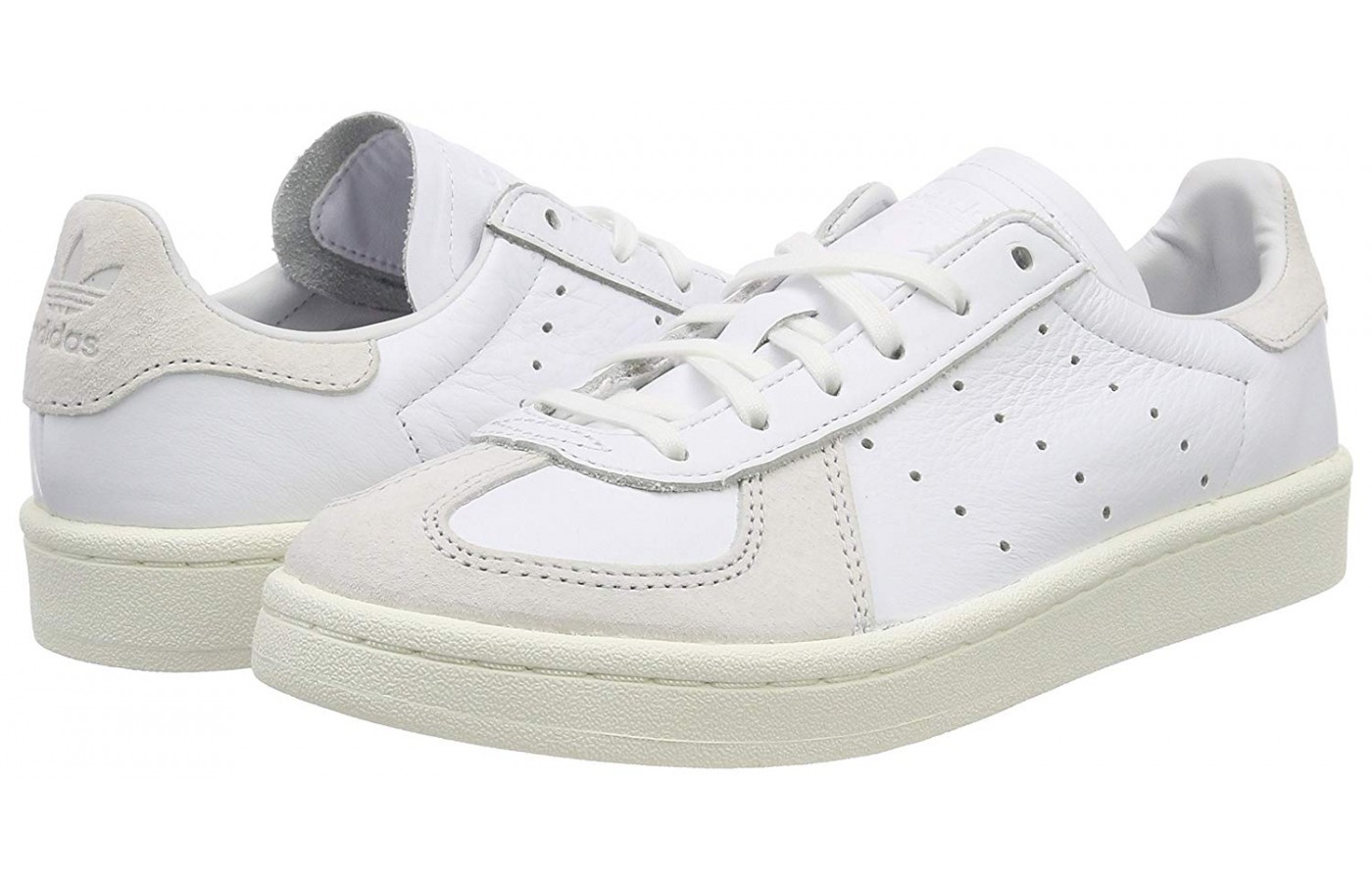 The funny thing about the Adidas BW is that several decades ago, no one even thought to use it for any type of fashion wear. It was initially designed for the German army to be given to their soldiers.  Many have seen this style on various different shoe designs outside of this particular model; the reason for this is because the design it has been around for a long time. The great thing about that is that none of those brands even come close to matching the style that the Adidas BW army has. These shoes are dubbed the original German army shoe and for good reason.

The original German army trainer the Adidas BW has an outsole designed from a particularly sticky gummy rubber. This rubber sticks relatively easily to various surfaces and is also imbued with a multidirectional-inverted tread. While the BW isn't designed for physical activity, the stickiness of the outsole is a bonus. Something else to note about the design of this shoe is that the outsole features the traditional Adidas logo in an embossed rectangular casing right in the middle of the underfoot.

No material is listed for the make of the midsole on this shoe but, it appears to be made from an EVA foam. Teh midsole is also cupped which makes it great for those who need that added comfort and conformity from their shoe. In addition to this Adidas decided to fit the shoe with an ortholite insole cushioning. The comfort that this insert provides to wearers is almost unreal; it works in much of the same way as the midsole in providing a cushioned feel to the foot of the wearer, the only difference being that it gives a bit more support.

The upper of this shoe is actually not the most elaborate thing that has come out of the Adidas labs. The shoe features a standard full-leather exterior equipped with perforations along the sides; these perforations act as the as the standard 3 stripe logo that most Adidas shoes come with. Along the toe box and upper heel region of the shoe, there are suede materials that act as both structural features and stylistic components of the shoe’s design. One thing I like about the shoe is the lack of "visible" stitching; the thinness allows the shoe to be extremely cool-looking.

A great thing about a shoe having a design as minimal as the Adidas BW is that it doesn’t have much weight on it. No actual weight has been specified for this model but, upon actually wearing the shoe, you can tell that it's meant to be incredibly lightweight. The reasoning behind this is that the Adidas BW has a design that makes use of a thin, gummy rubber rather than the standard hardened rubber material. A benefit to the lightweight feel of the BW is the fact that it is basically a single piece of material.

Leather isn't the most breathable material in the world but, the way the material in the BW comes together ensures that one's foot doesn't have to sweat profusely. As mentioned above, the design of this shoe doesn’t feature the traditional Adidas logos you know, the 3 stripes. Instead, Adidas gave these shoes that Stan Smith logo design and placed 3 parallel rows of hollowed out dots along the sides of the shoe. The BW also has a textile lining on it's inside which helps with providing wearers with a moisture-wicking effect.

One of the things that individuals have praised in regards to the Adidas BW is the comfort they experience when worn. The entire sole unit is designed to increase the level of comfort provided to the wearer of the shoe. Things such as the ortholite insole and the cupped midsole allow this sneaker to be incredibly comfortable when worn. If you’ve ever worn a shoe with an insole made from this material then you know how much more comfortable it is to step inside of one of them. They allow shoes to cushion the underfoot in the high-pressure areas such as the heel and forefoot. Lastly, that textile lining on the inside of the shoe makes it feel as if the shoe is gliding over one's foot.

Although these shoes were initially designed for use by the army, they have now become a staple in many individuals wardrobes. It’s very hard to not see a shoe with a slim and minimal design such as that of the BW army and not purchase it. These shoes ar efor those who are seeking something with a lifestyle/streetwear vibe. Not to mention that the minimal design the BW has allows it to be worn with various different outfits. The type of outfit that this particular shoe is worn with actually matters very little, for various reasons. The most important of those reasons is that they have a casual,/modest look. The design these shoes have can be paired with a casual pair of joggers or some slacks and a polo, it really doesn’t matter.

The outsole of this particular pair of shoes is designed in such a way as to allow wearers to have a level of longevity that goes far beyond that which is normally experienced by a minimal pair of sneakers such as these. While the gummy ruber outsole may scare many individuals when first seen, it actually gives The leather upper that is featured on the BW also manages to last for a decent length of time due to leather’s inherent toughness.

The BW isn’t really designed to provide protection; it’s more of a casual shoe, something that is reflected in the features that the shoe has. With that being said, if one is looking for a shoe with protective features, it’s probably best that they overlook this model. Other than the snug fit that the shoe provides and the functionality that comes along with that feature, it shouldn’t be used for activities that require a level of protection.

Even though the BW isn’t designed for use during activities that require a high level of responsiveness, it still manages to provide wearers with an adequate level of it. The EVA midsole featured on the shoe moves to the rhythm of the wearer’s foot in a way. While it doesn’t provide the level of bounce provided by, say, a Boost midsole or something of that nature, it does give one an adequately responsive feel that makes it’s wear something to enjoy and look forward to. The same can be said of the upper and the ease with which it flexes and moves along with the wearer’s foot; while it isn’t as malleable as a mesh upper, the snug fit that it has does allow one to have a decent level feel while in use.

The upper of the Adidas BW does move along with the movements of the wearer’s foot due to it fitting true to size and being made of leather. Although this isn’t a high-top shoe, the upper does provide wearers with a semblance of support for the sides of the foot due to it being made from a leather material. In addition to this, the ortholite insole featured in the design of this shoe also allows the shoe to support the wearer’s underfoot. The ortholite cushions the various different high-pressure areas of the underfoot such as the arch and the heel, providing adequate support for those areas; it also works in tandem with the EVA midsole in providing this support.

The BW is a versatile shoe in terms of terrain handling capabilities but shouldn’t really be used for anything that may place a lot of stress on its design. The gummy outsole of this shoe manages to handle very well on a multitude of developed surfaces such as roads and indoor surfaces. Keep in mind that the BW ismeant for casual, not athletic use. They don't have features meant to be able to handle strenuous activity.

Although the BW has a very “high-class” look, they don’t sell for very much; they are actually what one would consider to be the middle ground of prices. Their low-pricing is what makes them such an effective option for an individual seeking a casual pair of shoes. You won't have to purchase an expensive pair of sneakers in order to receive a comfortable pricing option. The great thing about this shoe is that it has the same level of style and comfort that the much more expensive variations of the German sneaker by Maison Margiela and Dior Homme have but for a much more reasonable price.

Another perk of having an outsole made from a gummy substance rather than the hardened rubber that outsoles are generally made from, is that it allows the shoe to have a higher than average level of grip during use. This level of grip is provided by both the fact that the shoe’s outsole is made from the gummy rubber material(it is inherently sticky) and the multidirectional pattern that the outsole has. The outsole has the ridges along the outer portions as well as an inverted pattern along the heel and a circular pattern along the forefoot. The inverted pattern in the heel of the BW allows it to provide functionality for the wearer if they do decide that stopping power is a necessary thing for a shoe with as much style as this one to have.

Again, flexibility and range of motion isn't one of the most important features for a lifestyle/casual sneaker such as this one to have. However, the gummy outsole on the BW does give it a decent range of motion. As mentioned above, this material is slightly more malleable than the standard rubber, allowing it to bend to the will of the wearer’s foot quite easily; this makes it both very comfortable and a pleasure to have at the bottom of one’s foot. The nature of many of the leather materials that shoe’s are made of nowadays is that they bend to the will of the foot and make walking in them something to look forward to. This can somewhat hurt the leather upper of the sneaker simply because of the creasing that is likely to occur. The best course of action is to purchase a protection solution for your sneaker.

Well, the upper of the BW is designed from leather and the shoe does have a snug fit; this is one of the areas that the stability of the BW comes from. Another source of the stability provided by this shoe is the design of the midsole; the walls are firm and unlike very many shoes, don’t bend easily. Wearers are sure to enjoy a level of security when walking in this pair of shoes.

No drop has been reported by Adidas for this shoe but, it does have the original Adidas sole unit design; it doesn’t appear to be relatively large whatsoever.

It’s a great thing that Adidas decided to rerelease the Adidas BW; these shoes are nothing short of amazing. This iconic sneaker has a relatively amazing level of style as well as are incredibly comfortable. They also sell for a price that makes them somewhat of a steal, allowing these shoes to have an incredibly high level of value. Why worry about purchasing the expensive remakes of these shoes, when you can just buy these and walk around in style for an incredibly long length of time.