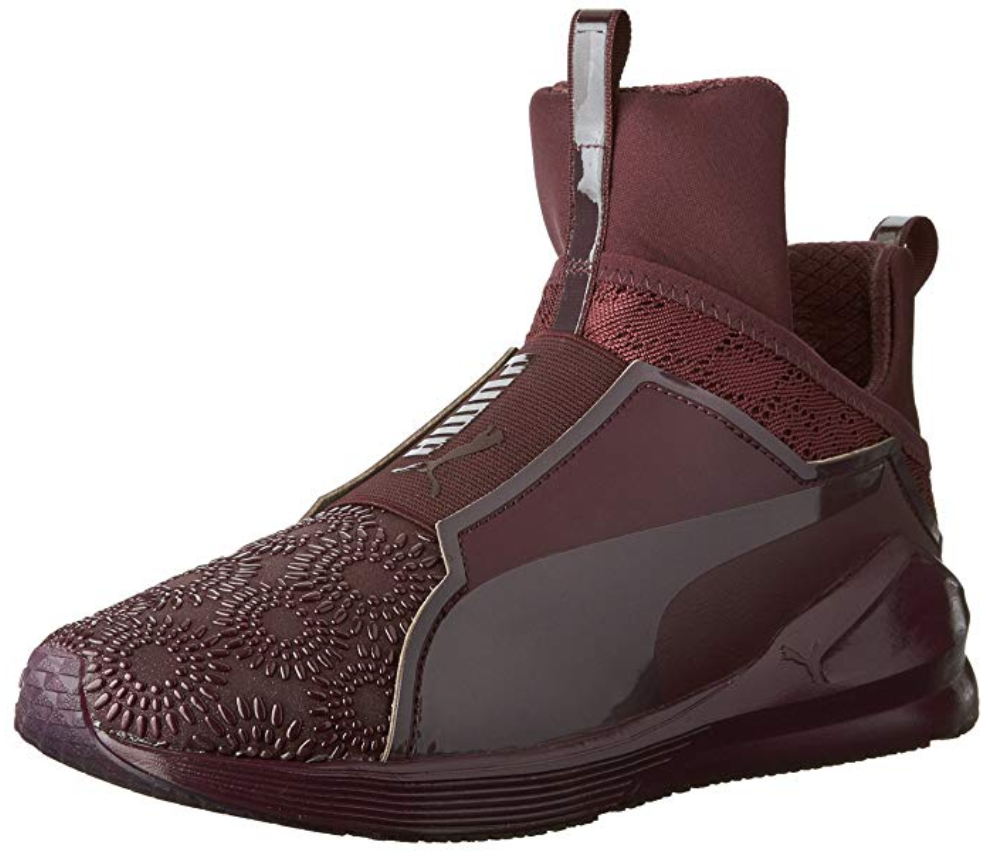 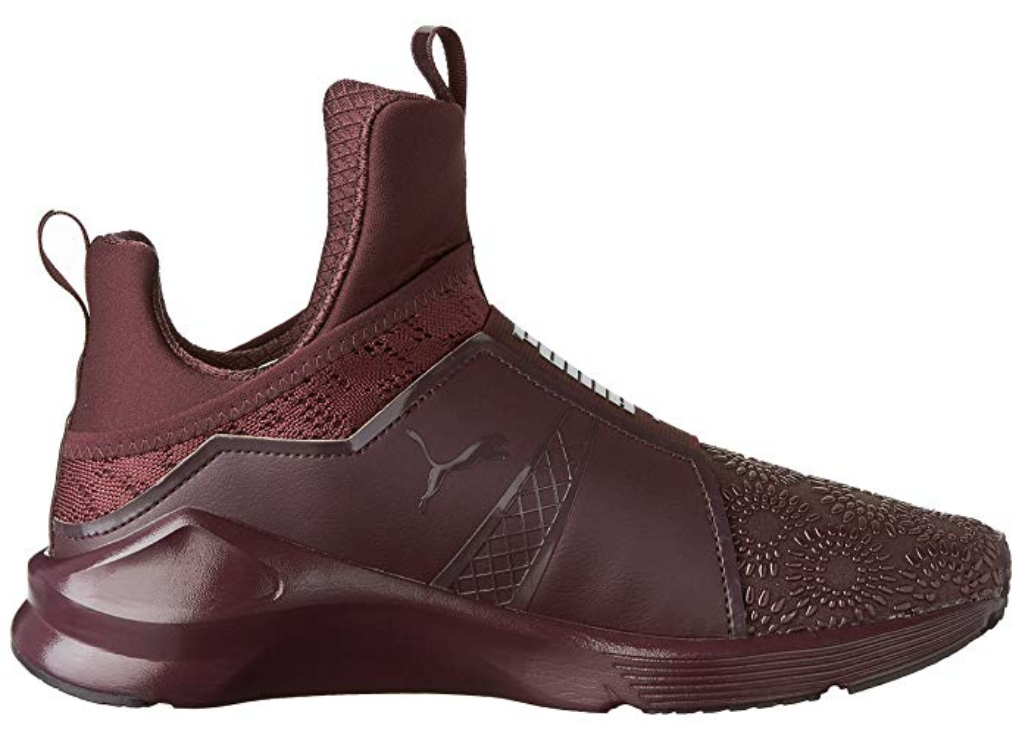 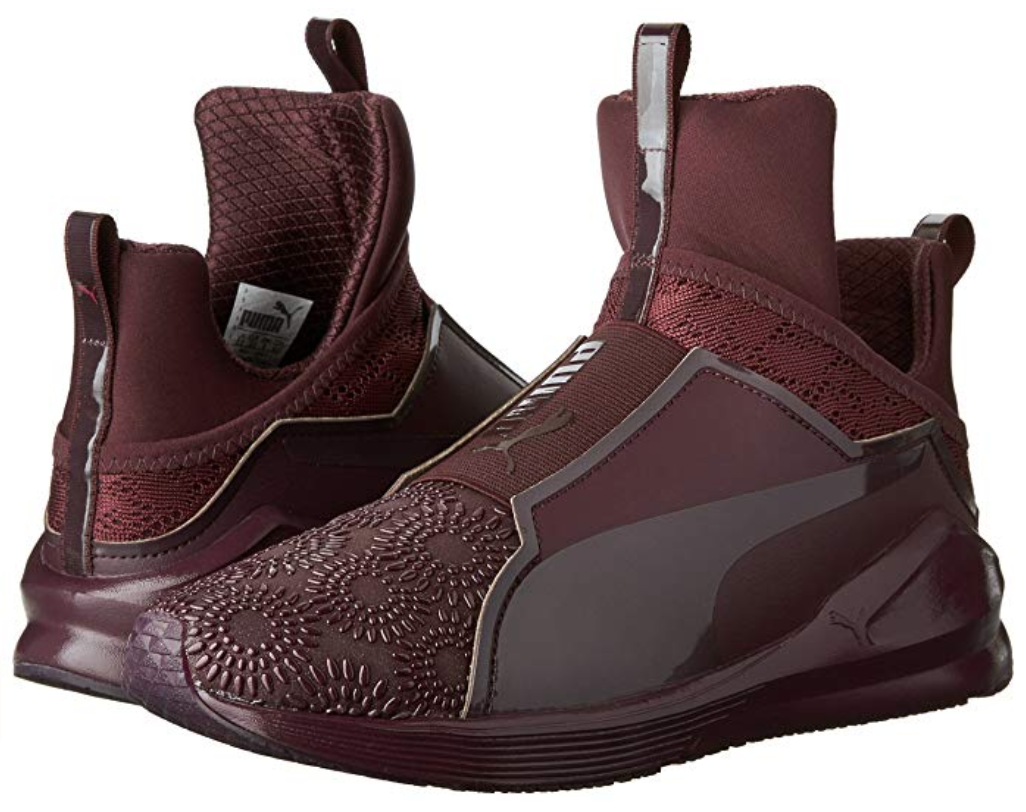 Puma Shoe Company was formed in 1924 by two brothers in Germany. Puma has seen a lot of fads come and go in their long history. Puma has a long history of pairing sports with celebrities of the days. One story tells of the brothers’ trip to the 1936 Berlin Olympics where they convinced American Jessie Owens to use Puma’s racing spikes. In 1948 the brothers’ relationship deteriorated and one formed Puma and the other formed Adidas. Puma is the third largest sportswear manufacturer in the world. Puma puts quality first and has given the industry a lot of great innovations. The training shoe industry is a relatively new one and Puma is on the cutting edge of staying ahead of the curve. The Puma Fierce Core is designed with cross training in mind. The perfect cross-training shoes are designed to have a tighter fit to prevent ankle or foot slippage. The outsole of the Puma Fierce Core is designed with pivot points to allow the foot to flex. The Puma Fierce Core is a shoe that is a demi-height bootie design that gives a locked-down feel. As with the early days of Puma, today’s brand is very involved with celebrities. The Fierce Core is worn by such celebrities as Kylie Jenner.

Pivot Points In Outsole For Flexibility

Can Fit Slightly Tight Around The Ankle

What makes a cross trainer better than the rest of the many out there? Is it weight or flexibility? The jury is out on that one and there are strong supporters on either side of that debate. The Puma Fierce Core addresses the weight issue by minimizing the materials involved in the manufacturing. The Ariaprene upper is a much lighter material than traditional neoprene. The Puma Fierce Core also comes with a lighter rubber outsole that a runner and even a non-runner can appreciate. From the first Pumas that came off of the line to today, Puma sport wear has been designed to focus on what is important to athletes. What makes a perfect cross trainer is weight, flexibility and comfort. Weight is important for those long days at the gym, where an athlete pushes through the discomfort of the brink. The serious athlete wants a shoe that is lightweight but still gives proper support. The Puma Fierce Core can draw its roots from some celebrities as Kylie Jenner. Kylie may not be a serious athlete, but even she can appreciate a shoe that can help her improve next run’s time. Cross training is what you do when you’re not doing your sport. Cross training is for the weekend warrior and more importantly, the serious athlete.

What types of exercises do people do when they cross train? Runners may play basketball, basketball players may walk, and football players may cycle. Cross training is focusing energy and muscle memory to different muscles other than the muscles that are used during the sport an athlete is focused on. The general reason to cross train is to have an overall healthier more muscular body. As stated before, there is a debate on what makes a good cross training shoe. Does a lightweight shoe matter more than a flexible shoe? The Fierce Core is designed to be extremely flexible. The outsole of the Fierce Core is designed with pivot points in the most crucial areas to allow the foot to stay in a more natural moving state. Cross training is a hard shoe category to be good at because of the multiple different exercises that one might do to cross train. The pivot points are definitely noticeable and many that have purchased the Fierce Core say that they love the way the shoe fits and feels as they go through their cross training routine. The Puma Fierce Core may be one of the best cross training shoes built to date.

Cross training is a very labor intensive activity. Labor and activity create heat. The heat that a person’s body creates can rob a person’s strength and lower a person’s performance. The Puma Fierce Core is designed with a breathable mesh. The mesh inserts that were put in the upper of the shoe help the shoe breathe. As many remember in science class, that hot air rises, it was imperative that Puma put the breathable mesh towards the top of the shoe. The fore foot of the upper also has a breathable mesh for more airflow. The name of the cross training game is to keep the foot dry and cool. Many of the reviewers who purchased the Fierce Core, stated that they could feel the air flowing through and that their feet were much cooler than a normal cross training shoe. Breathability is as important as flexibility and comfort because our feet generate a large amount of heat. Heat, as mentioned, before creates a negative performance environment. It’s hard to focus on doing your best when all you can focus on are hot and sweaty feet. The Fierce Core is very breathable and will keep your feet dramatically cooler than other shoes on the market.

Not only does breathability, flexibility and weight make a great shoe; support is indeed one of the most important attributes that makes a great shoe. Support of the Puma Fierce Core begins in the shoe’s outsole. The Outsole is designed with pivot points that conform to the wearer’s feet and gives a cushy feel to the wearer. Support is a combination of cushion as well as flexibility of the wearer’s foot. The Fierce Core has an optimum lockdown midsole which supports and gives the feet stability. The Fierce Core support gives the wearer added confidence. The Fierce Core has support through the upper. Even though the Fierce Core is a lace less shoe, the upper is designed to provide a great deal of support. Support especially in cross training needs to be three dimensional. Because the movements that a person will do in a cross training vary, Puma designers and engineers looked to make the upper completely supportive. The Puma Fierce Core can help many who need a supportive shoe with many of the multiple cross training exercises that a person can do.

The midsole of the Puma Fierce Core is designed to support the arches of the athlete. The typical cross training shoe is supposed to be flexible and lightweight. The midsole is supportive and lightweight. The Fierce core is the perfect shoe for the cross trainer that needs good arch support. Many of both professional and amateur athletes suffer from debilitating foot issues such as high arches or plantar fasciitis, and the need for a shoe that can give great arch support as well as be comfortable is essential to anyone who wants to be successful at cross training. The midsole of any shoe provides shock absorption, which depending on what surface the wearer plans on running on usually determines how much cushion the midsole needs. The Fierce Core’s midsole has a great amount of foam cushioning that is perfect for giving the foot a great amount support and shock absorption on hard surfaces. Many who run know the pain of shin splints which is caused by wearing a shoe with a small amount of cushioning in the midsole. Though shin splints aren’t life threatening they make for a longer run being cut in half due to pain. The overall consensus from many of those who have worn the Fierce Core is that it is a winner.

The Puma Fierce Core can be worn while working out and it can be worn in a more casual setting. The Fierce Core check marks the multiple boxes that make a great cross training shoe: it’s supportive, it’s flexible, but how do athletes feel in them? The majority of reviewers that have reviewed the Fierce Core are ecstatic with how comfortable they are. The extra cushioning in the midsole is really felt and appreciated when running on pavement. The flexibility really gives the foot a comfortable way to bend. The bending in a natural way was made possible by the pivot points that were strategically put in the Fierce Core’s outsole for the ultimate comfort. Puma’s designers also took comfort to a new level by adding mesh inserts to help with heat exchange. One of the many reviewers of the Fierce Core said that when they wore the shoes, they were pain free even though they had worn the shoe for over sixteen hours. That is an impressive testament to how comfortable the Puma Fierce Core is. The Puma Fierce Core will keep the wearer comfortable even doing the toughest cross training exercises.

The Puma Fierce Core comes from a long history of winning shoes. The fact that Puma is related to Adidas and is still the third largest manufacturer of sporting goods is a story of continued success. The Fierce Core has a lot to live up to and those expectations have all been exceeded. The continually changing global marketplace of the shoe industry has gripped hold of cross training and with many choices out there, the Fierce Core is a more than adequate contender. The supportive upper and midsole have many raving as being perfect for cross training. The breathable mesh upper is also key to the Fierce Core’s success keeping a runner’s feet cool and comfortable. Even celebrities such as Kylie Jenner are lovers of the stylish and comfortable cross trainer. As with any shoe company Puma is continuing to listen to their customers and what is trending in the industry, leaving the rest of us wondering what will be the next great shoe that will come out onto the market. The Fierce Core is a comfortable, supportive, and flexible cross trainer that is sure to help improve any cross training activity you may throw at it. 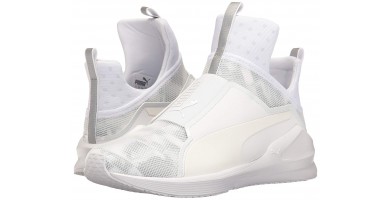 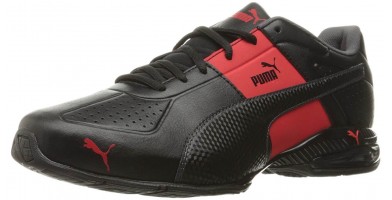 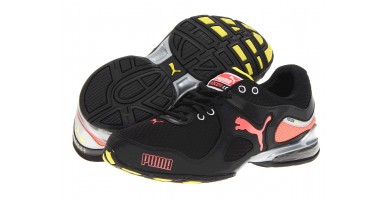