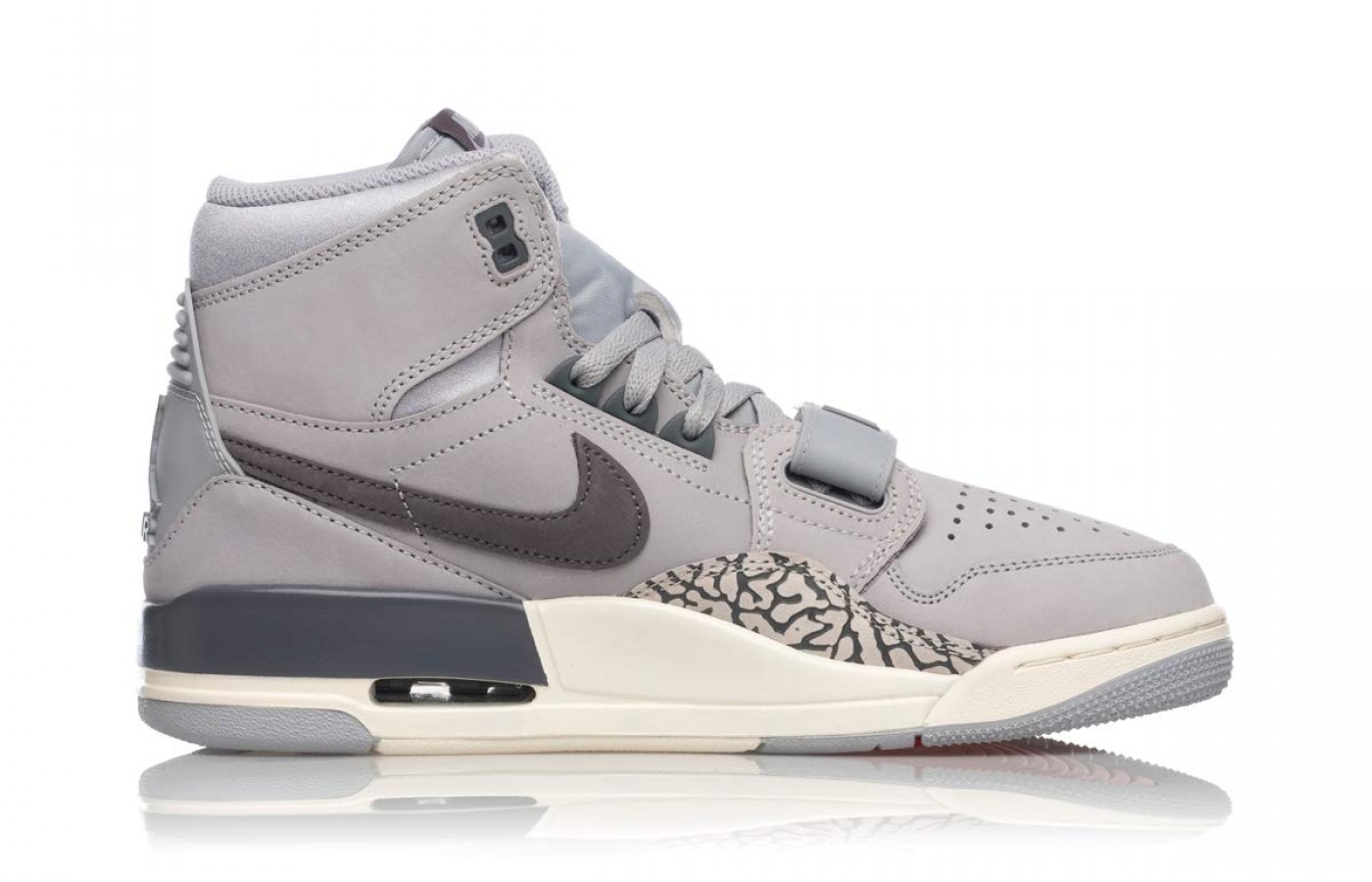 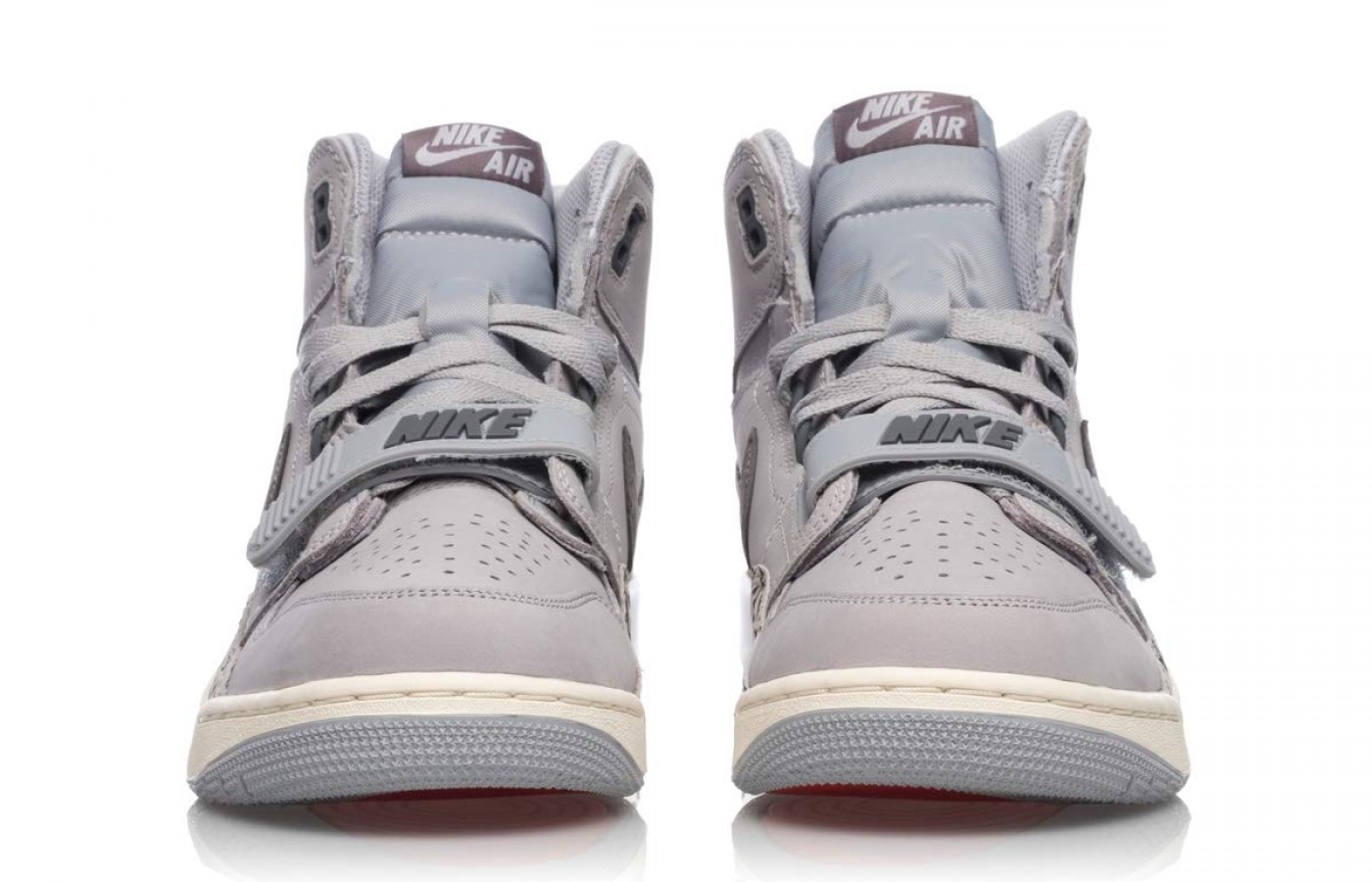 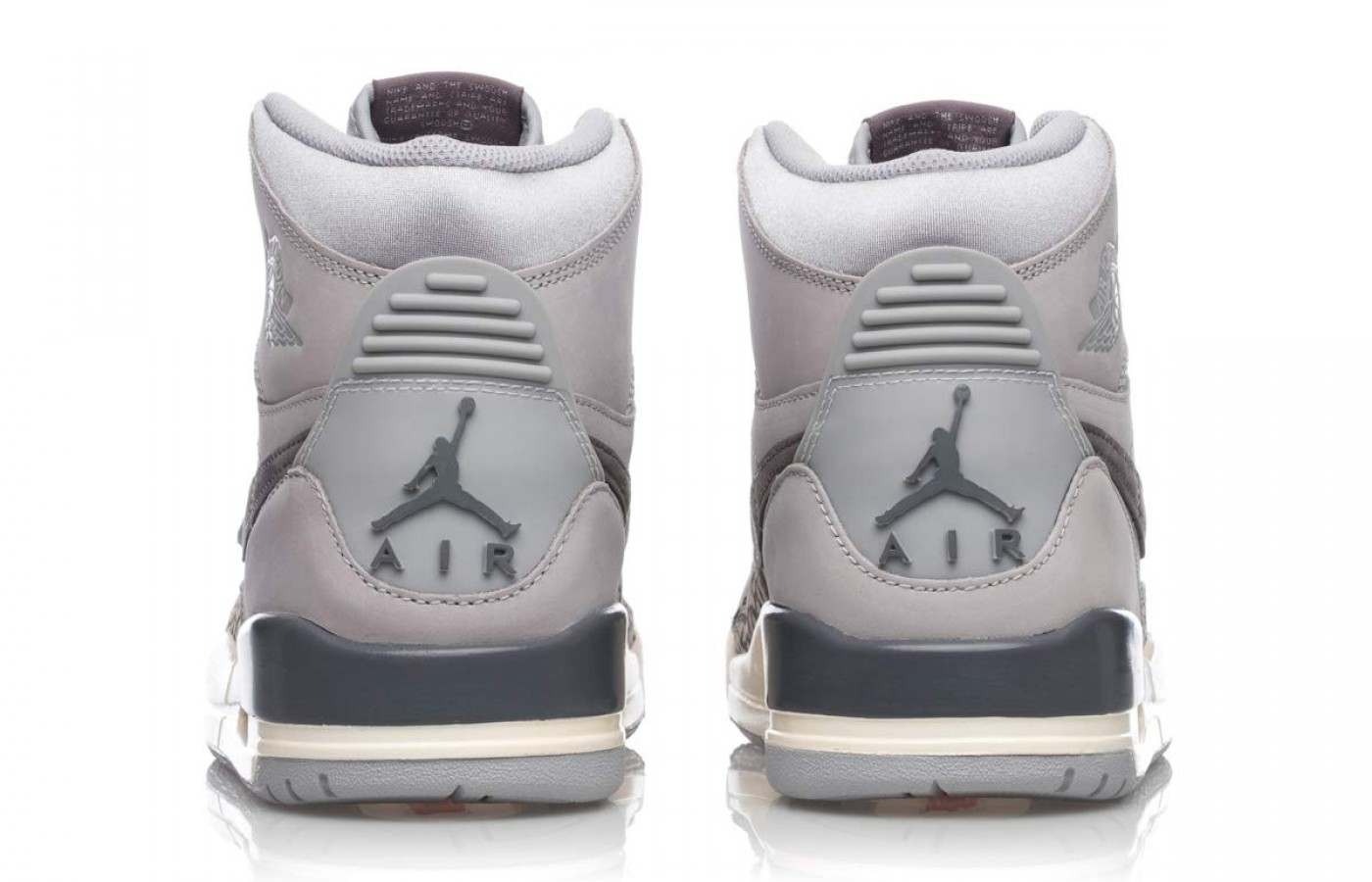 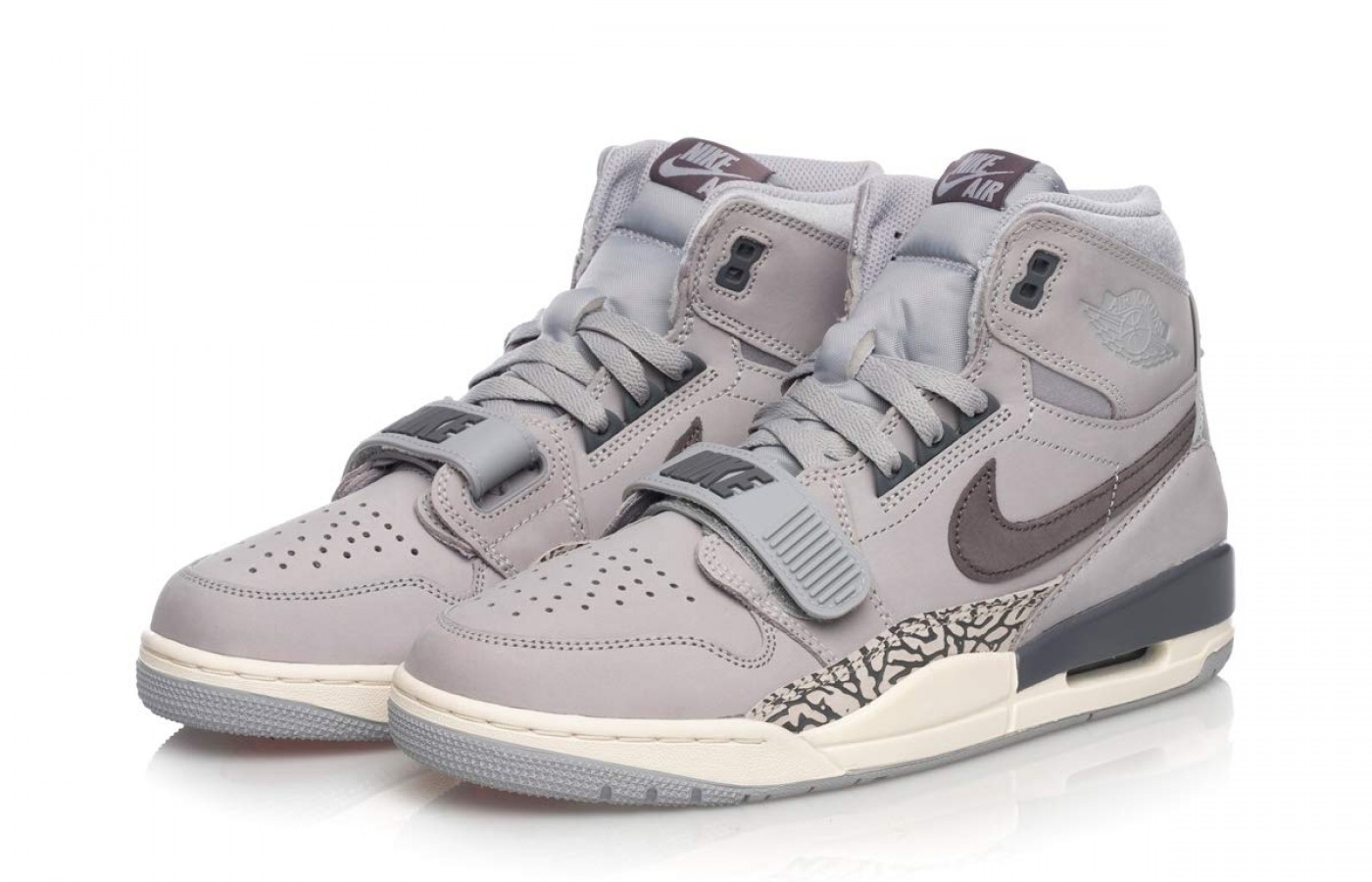 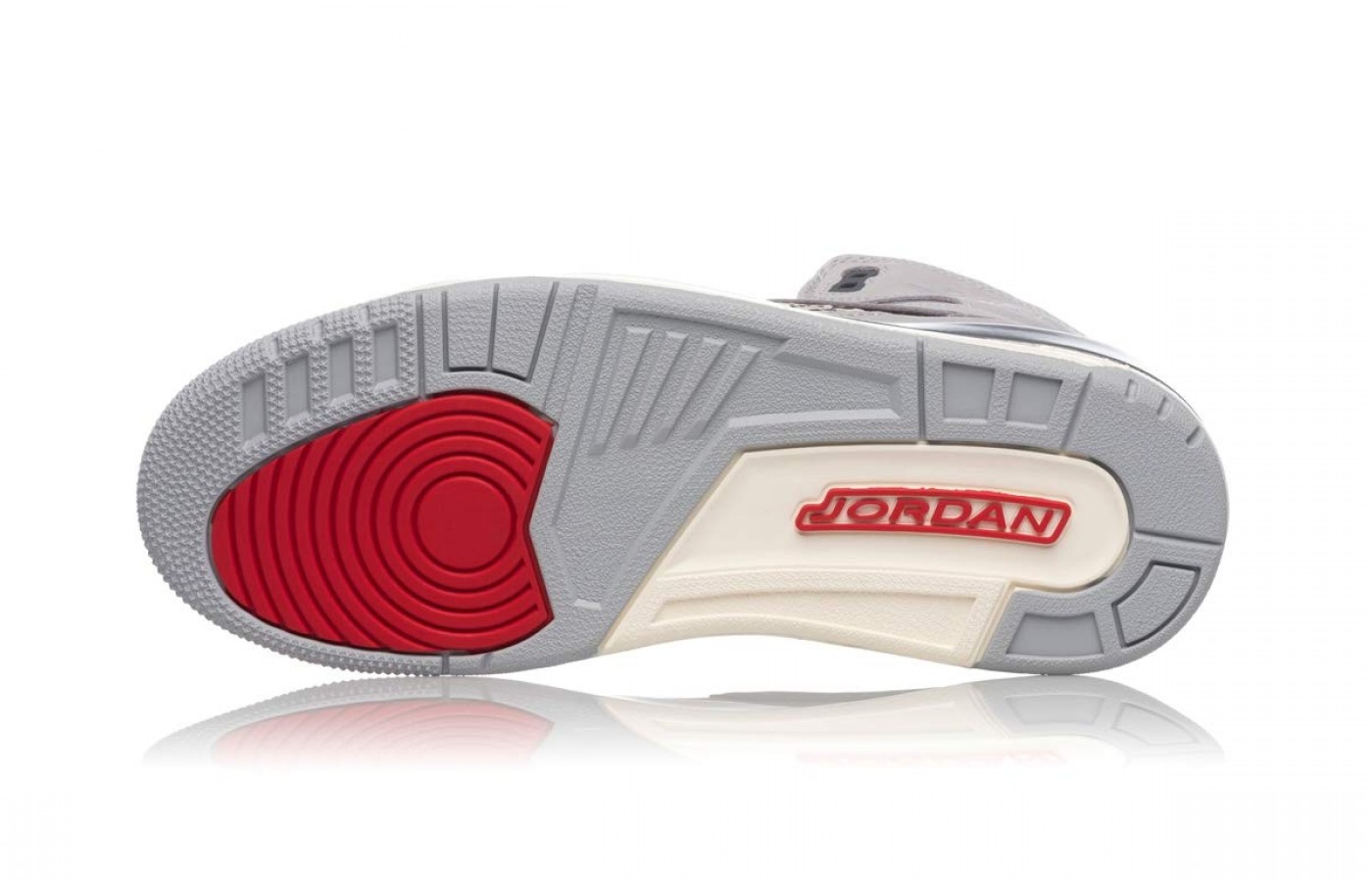 Michael Jordan needs no particular introduction. He’s possibly the greatest basketball player in history. And one of the best athletes ever. His name is synonymous with athletic excellence, but let’s give it a shot. Let’s list some of his achievements just for fun.

Well, he’s a 6 times NBA champion, 2 times Olympic champion, and 6 times in his career he was chosen as MVP in the NBA finals. In 2014 he became the first NBA player to earn over one billion dollars (which technically made him a billionaire). But it was 30 years prior that he founded the very special brand - Air Jordan.

Air Jordan was made into a fantastic reality thanks to the visionary thinking of Nike, and now for this particular review let’s have a look at the 312 models from the Air Legacy collection. Inspired by several of the Air Jordan’s predecessors like the Alpha Force sneaker and Air Jordan 1 and 3 models, the 312 is a sartorial homage to the city of Chicago.

Even the number 312 is a nod to the city’s famous area code. However, let’s take a closer look at the 312 sneakers. Let’s take a look at the pros and cons of the 312, and all the details that accompany it.

Air-Sole type of cushioning in the heel

Max Air style of cushioning in the underfoot

The collar is positioned way too high

Nike is not known for taking a huge risk in terms of the material selection and guided by one of the best athletes in the world, certainly knows how to stick to the best. So, the rubber is an obvious choice for the outsole. No, scratch that it’s a great one. First, let’s look at the obvious visual characteristics of the outsole, and then we’ll dive into their practicality. As you can see, the outsole has three separate colors. Depending on the model you choose to be your purchase, the colors may vary but the outsole will always have a three-color option. It may be white, grey and yellow or red, white and grey, or perhaps a light navy, darker blue, and red. All separated into a specific area of the outsole.

All nicely placed to match the colors that are used in the upper. The color schemes all match the redlining indentations in the outsole, and that’s not an accident. All of the indentations in the outsole have different shapes and sizes. They’re all positioned on different areas of the outsole and each of them is supposed to protect different areas. Each of the areas on the outsole has a particular purpose, but everything that you can see on the surface is sealed with a big Jordan logo on the middle. Just to remind you that it’s Jordan’s that you’re wearing on your feet. Moving on!

Say hello to the midsole of the Legacy 312. As opposed to the elaborate and almost dramatic upper, the midsole is very much subdued in the style but heavy on the technologies that are used in the area. First of all, the silhouette of Michael Jordan (which is the logo of Air Jordan) with the ball in mid-air can be immediately seen on the surface of the footbed. It’s there and it looks amazing. Although the name of Jordan was written on the rubbery surface, the logo of the Air Jordan’s particular brand is stamped on the footbed.

Secondly, the midsole is entirely made out of high-quality foam. It’s renowned for the stability that it provides, but it’s also a great support to the highly acclaimed Air-soles. AKA the special cushioning units that over the time became the ace in Nike’s sleeve. The Air-soles are located in the heel area and are as usual visible to the naked eye. It’s Air cushioning at it’s finest and is used in moderation. It’s mostly used as a comfort enhancement in the midfoot, but the heel benefits greatly from that particular cushioning as well. The textile lining in the midsole area ads another level of comfort, and even helps with the moisture wicking properties. But more on that in the upper part of the review.

It may looks massive, but it’s the details that complete the look. So, take it up with Nike and maybe with Air Jordan. Joking aside, the upper does look massive, but the upper is really a mix of the retro-inspired fusion of design and the details that were just the finishing touches of the overall style. Made with a mix of leather and synthetic material, the upper is a blend a hybrid if you will of different styles and textures, much like the design itself. Because the design is a blend of three separate (and previous) sneakers, the Legacy 312 is treated as such in the entire construction. There’s a blend of many different textures, and the leather/synthetics mix is the basis for everything. There are two types of stitching for instance. The bigger thread is used for stitching the upper with the outsole, but only in the toe area, while the small less noticeable thread is used in the stitching the different patches in the upper. The recognizable Nike swoosh is present on the side of the upper, while in the middle one single Velcro strap is there to give you a better and secured feel. Some of the customer reviews left on Nike’s official page were quite mixed regarding the Velcro strap. Some of the approved the strap, while others mentioned that the addition was way too similar to the strap of the Yeezy model by Nike. The strap used in the Yeezy was much larger in size but the positioning and the intent were similar of course. However, regarding the fit and the overall security that it gave to the sneakers, the comments were unanimous that the security and the fit were on point.

The collar in the opening and the tongue of the 312 are padded as well, and with the high rise style of the design, all of them together make it their business to secure and secure the foot on several places. Especially in the ankle area. Since the 312 is a basketball style of shoe higher opening and taller upper is very much needed. It’s almost a necessity. And last but certainly not least, the lacing system is not only a classic, but it’s also positioned to go all the way up to the opening. Nike is not leaving anything by chance, that’s for sure.

It’s hard to pinpoint where exactly does the comfort come from since this is an intricate and well-padded model. And it’s safe to say that’s it comes from every inch of the 312. The Max Air style of cushioning is an excellent addition to the comfort, and so is the padding in both the tongue and the collar. The midsole filled with foam sits nicely in the middle, while the Velcro straps secure and comforts from above.

Don’t underestimate the power of a well-balanced mix of leather and synthetic when it comes to supporting. But don’t underestimate the power of a good rubber outsole. Some might think that the big shot cushioning, and the best possible technology used in the development are the real provides of the support, but sometimes the little things can give you the best results. Oh, and the Velcro/lacing mix in the upper. Can’ really forget about that. The velcro and the laces' joint forces are also very helpful in providing support as well.

But what do you get when you combine a rubber outsole and Air-Sole type of cushioning in the midsole? You get the 312. Nike and Air Jordan’s love child. And what love child isn’t supported by two of the basic and prime examples of support? Seriously. The rubber outsole is doing a great job here, but the Air-Sole style of cushioning is really something else. It’s Nike and Air Jordan’s pride and joy and here in this particular model is placed in the heel area. Where it’s needed the most.

The use of rubber, synthetic material and leather is really a great choice, when it comes to the overall durability. Not only rubber is a highly durable option in this particular case, the fact that it’s a high top style means that the rest of the materials are going to be used in a structure that goes well above your ankles. And having a sturdy padded structure in that particular area is always a good idea. The stitching is a great addition in the durability portion, and so is the Velcro strap in the midfoot. Go big or go home right?

However, some of the customers that left reviews on the official webpage, mentioned that the opening is positioned way too high. The hight of the collar just above the ankle didn't sit too well with some of them. They were branded slightly uncomfortable, due to the hight of the opening, and the ankles were unable to move easily because of that.

As much as the rubber used in the outsole has some flexibility and elasticity to it, the 312 as a whole is not blessed with high doses of flexibility. The design of the 312 has a lot to do with it. It's massive, it’s sturdy is a high top of a style and it’s secured with way too much padding and way too much fastening systems. All of them contribute to the diminishing of the flexibility, and so does the very high opening of the sneaker.

Yes, this is the high top style of a sneaker, but the aeration (albeit in small quantities) is provided by two separate channels. First and foremost in the 312, the leather used in the upper gives it a nice breather (a natural breather if you will) and allows the air to penetrate through the material. Natural leather is an excellent provider of air, and it’s good with the moisture-wicking properties as well. Secondly the perforations of the upper (mostly located in the front of the upper) are also a great source of ventilation. They’re there when it’s most needed, and although they may not look significant or large enough; they’ll get the job done.

Many of the customer reviews left on Nike’s official website have praised the fit of the 312. Why? Because it has so many things that contribute to the making of it. The design itself, the padding on several locations, the two types of fastening systems really help with the fit and help to fixate and secure the foot along the way.

A great thing about the color part of the 312 is that plenty of colorways and color options, but not every colorway will attract positive attention. Some are really flashy, bright and bold, while others are much more subdued and demure considering that there’s a mix of three separate colors in each of the models. But, having the option to choose is always welcome. Most of the sneakers don’t have the luxury of having plenty of options that you can choose from. Most of them are limited to 2 or 3 options.

As previously mentioned the Legacy 312 is a hybrid of several styles from the past. The inspiration came from 3 of the predecessors in the vast Air Jordan’s collection. The Alpha Force sneaker and Air Jordan 1 and 3 models were the main inspiration for the 312, but the retro-inspired look is accompanied with the best of Nike’s roster of technologies. The mash-up is not only limited to the style but to the use of the materials, colors, and technologies. It’s an interesting mash-up but it remains to be seen if only the true Air Jordan aficionados are going to be the only to enjoy the 312.

It’s expensive, it’s bold and with a great nod to the greats of the past. That's all true. But the 312 is also made with the best possible materials. And aside from the retro inspiration, a lot of care and devotion was put in the making of the style hybrid. It’s worth buying it, and it's so worth wearing it. 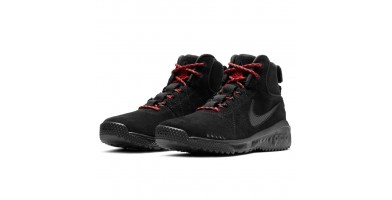 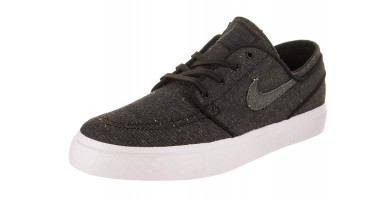 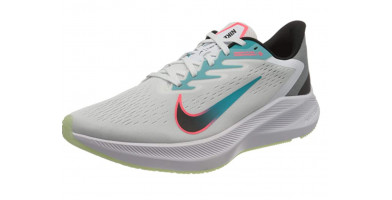