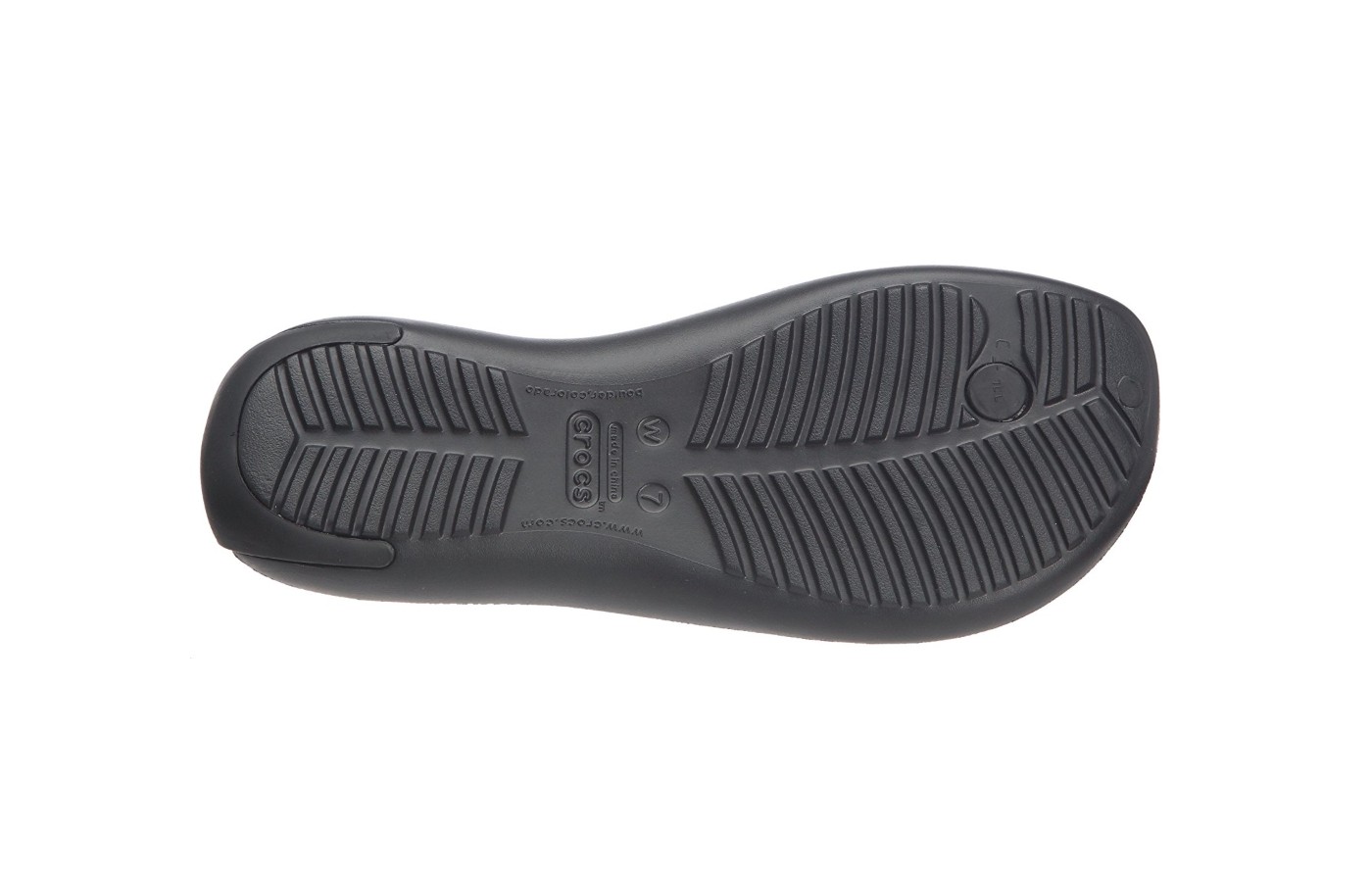 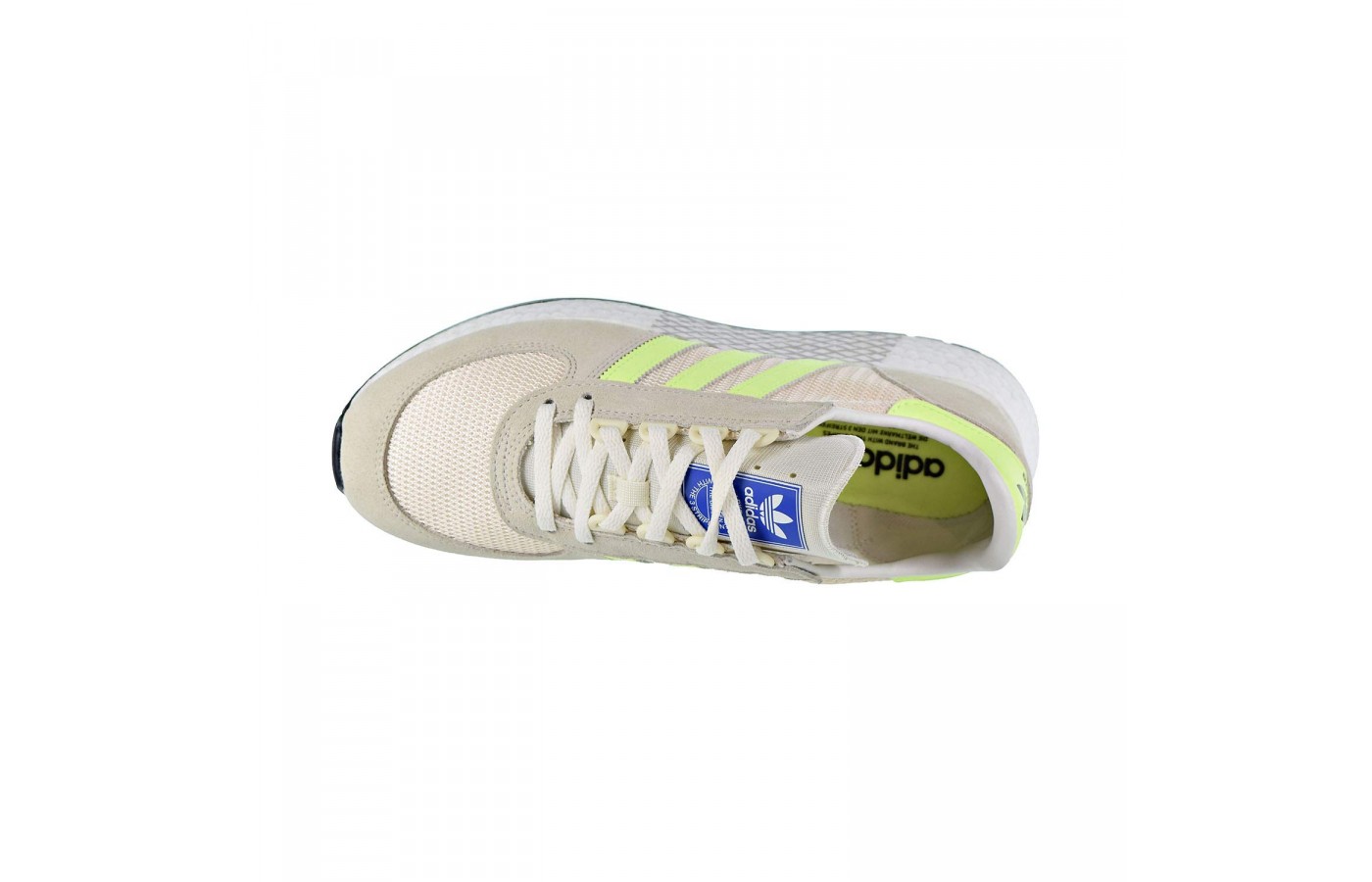 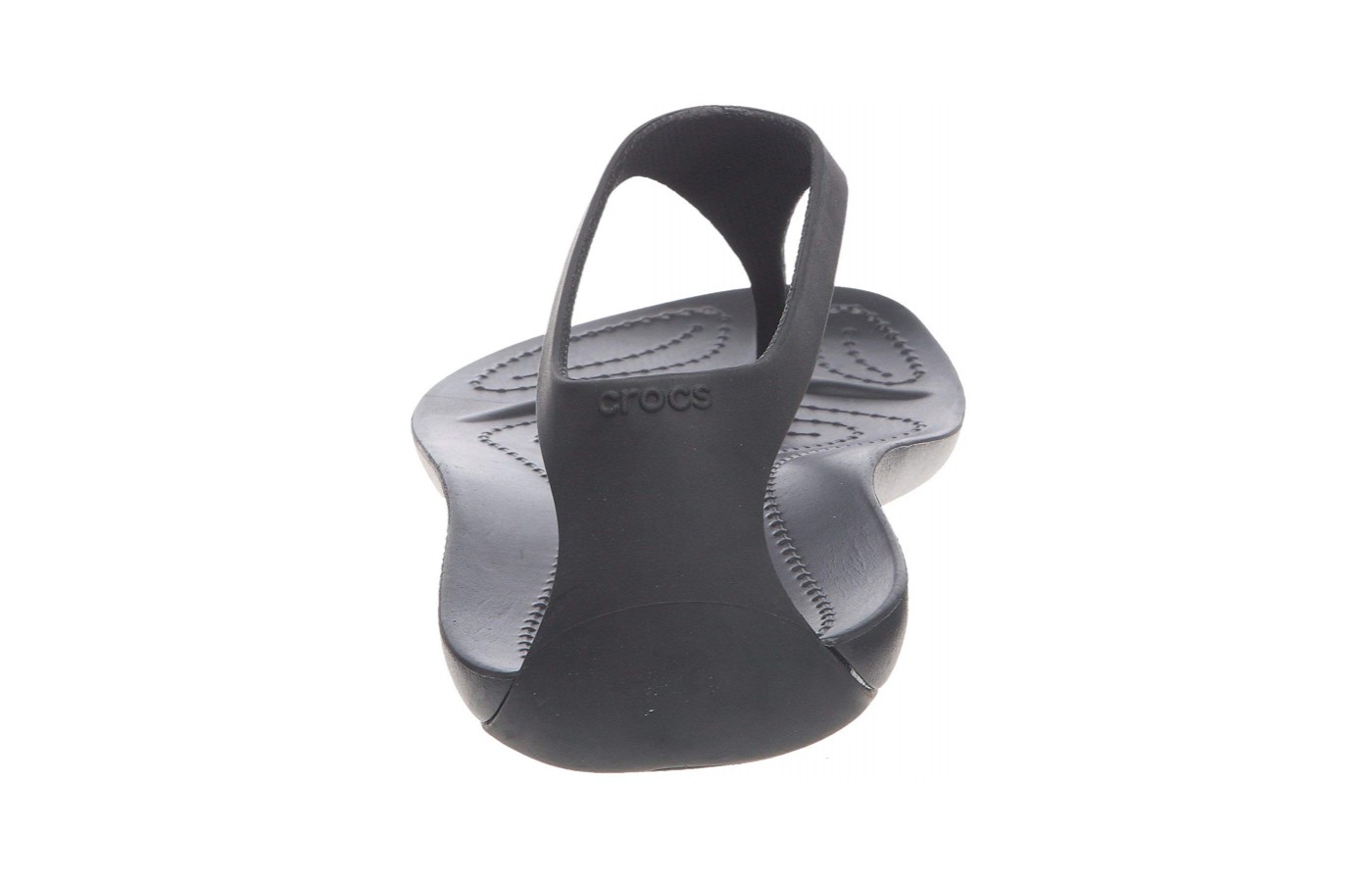 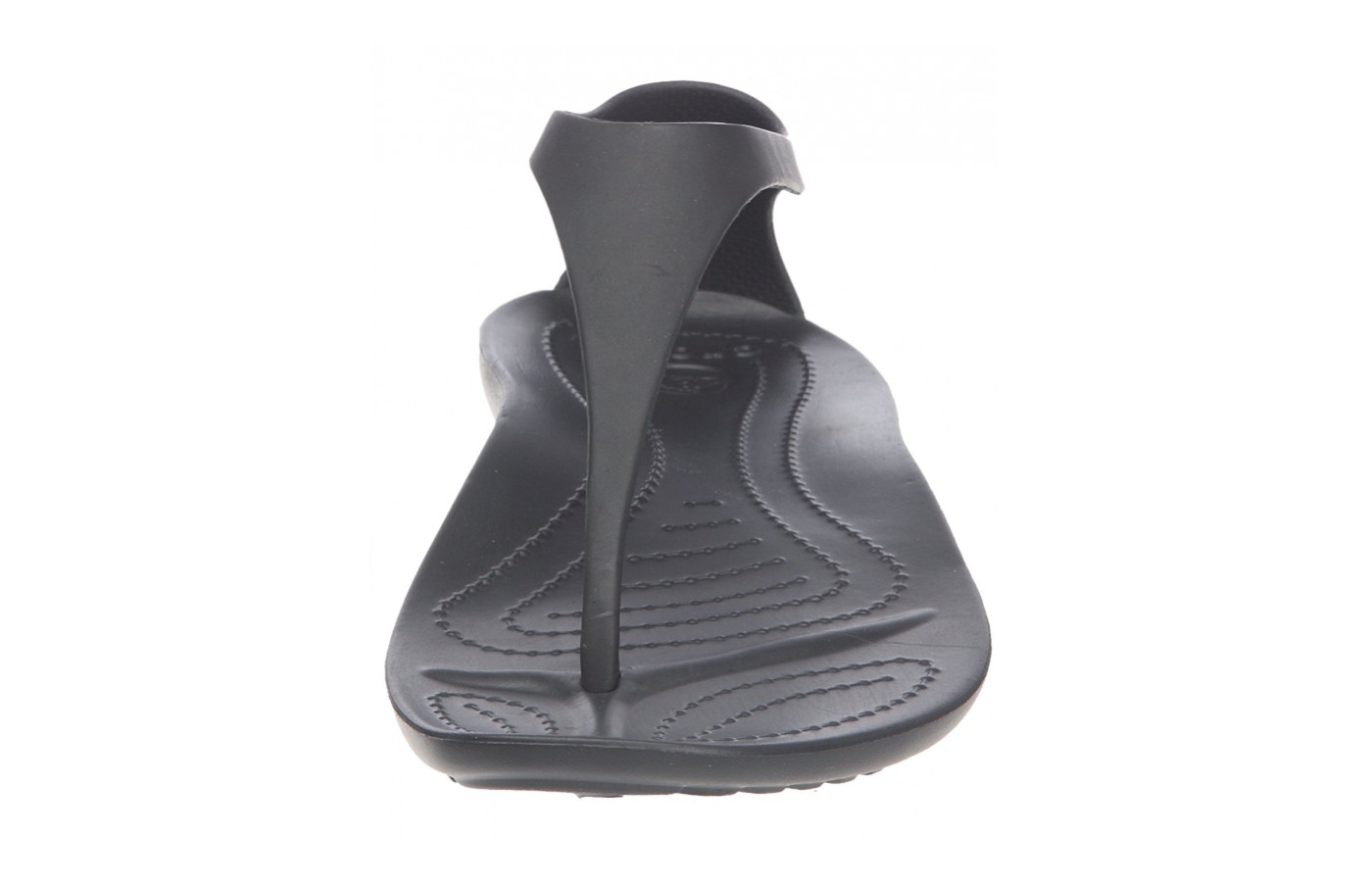 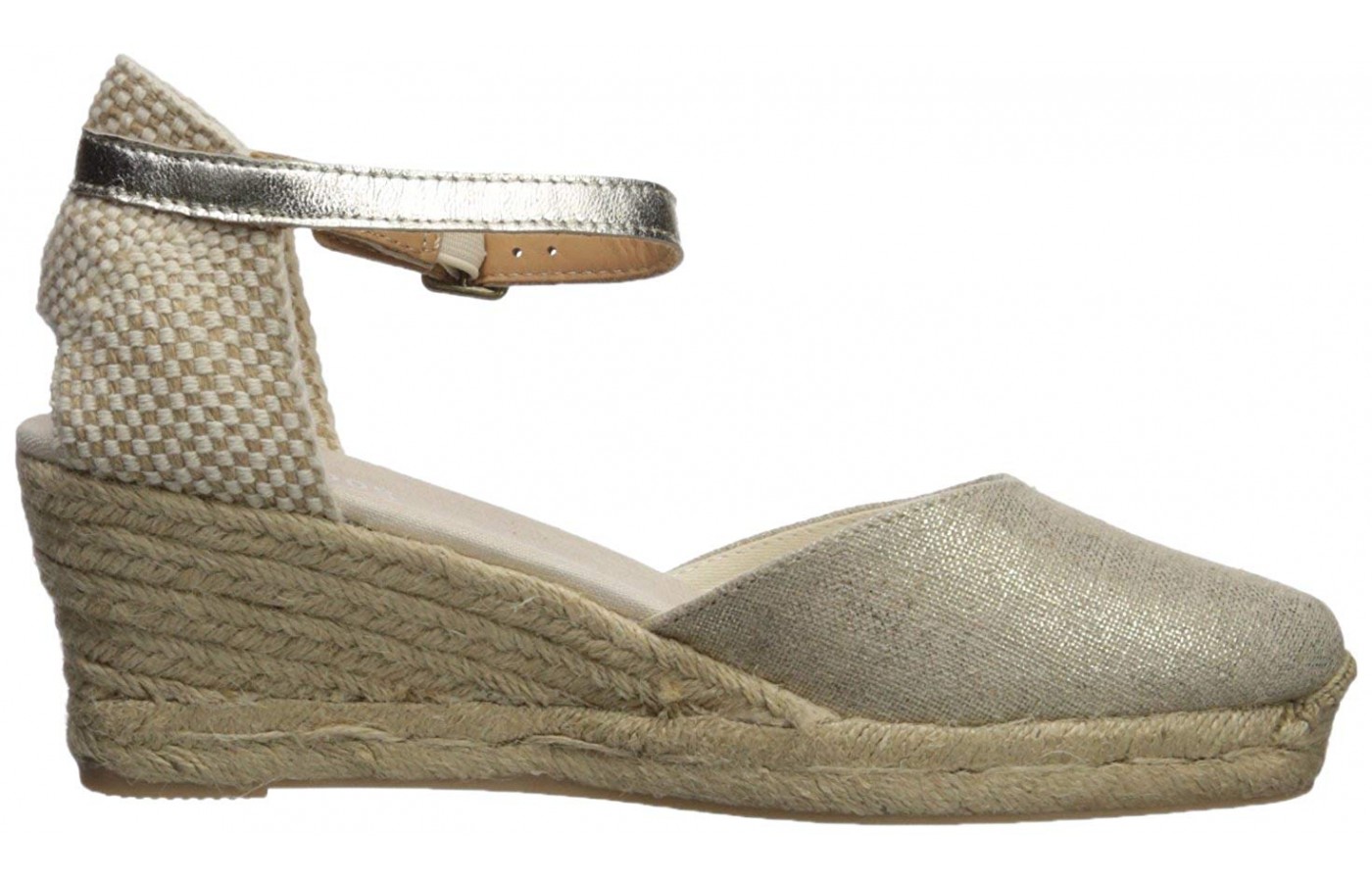 Compared to other companies, Crocs have a relatively short lifespan. Founded in 2002, the famous Crocs are inspired by the old fashioned clog shoes. The good old clog design was improved and remodeled into something new. And just like that, the first Crocs model called the Beach was born that very same year.

Fashion experts scoffed at the design, and at the very beginning, the shoes were mocked relentlessly by the media. Time magazine even put the Crocs on the list of the 50 worst inventions. But over time, they were accepted and worn by pretty much everyone. Celebrities Whoopi Goldberg, Blake Lively, and Rihanna are fans of the Crocs shoes. Even the ex-first lady Michelle Obama was spotted with Crocs on her feet.

But despite all the hate that these shoes received, it’s been reported that they’re one of the most sought-after and the most fast-selling shoes in existence. Since 2002, the Company has sold more than 300 million pair of Crocs, but for now, let’s focus on a different model.

Crocs Sexi Flip is the subject of a review, and more about the good and the bad things about this shoe, you can read below in the posts.

Runs a half a size smaller

Made out of Croslite foam, the outsole is something special. According to the official website’s depiction, it’s not rubber, it's not plastic, its Croslite foam, and it’s a source of plenty of pride and joy for the Crocs. The Croslite foam is actually a closed-cell foam resin with a near-perfect mix of softness, rebound, and cushion. It doesn’t need extra cushioning in the shoe, because the foam provides most of it. It also gives each pair the lightness and one-of-a-kind feeling that you get while wearing the Crocs. The outsole of the Sexi Flip is flat, but the platform measures approximately 0.25 inches in height.

Also made from Croslite foam, the flip has an interesting massage-pod footbed that is supposed to give you the much-needed feeling of relaxation and comfort. And that pod in the footbed is designed to do precisely that. To give you comfort and relaxation through massaging the bottom part of your foot. The pod is designed with a very specific and orthopedically approved design, which gently massages your feet as you walk, leaving you relaxed and rested. The strategic 360-degree placement of the pods ensures that key areas of your feet will be taken care of in a gentle way. You won’t even notice that the pods are doing their thing.

What is to be said about an upper that’s made out of the same material that was used in the making of the outsole and midsole? Well, there’s surprisingly plenty more to be said about the upper. It’s just as comfy and non-complicated as the previous two parts of the shoe. Made out of the very familiar Croslite foam, the upper has a flip-flop inspired design that’s simple and elegant at the same time. If you take a closer look at the upper, you’ll notice that there aren’t any buckles on the straps of the sandal, no buttons or any zippers on the back of the shoe. In fact, the back of the shoe is where the sandals meet and the two thong-like strips are tucked in in the heel area of the outsole.

If you’re looking for comfort in just about any Crocs shoe you’ll find it. But the comfort that the sexy flip has to offer is something special. Because this is an open toe, flip flop inspired shoe, almost the entire part of the foot is exposed and the flat outsole makes this shoe perfect for wearing for lengthy periods of time. The comfort is present mostly because the massage-pod footbed in the midsole of the shoe, and that feeling of comfort will stay after a long period of wearing the sandals. It won’t go away that easily.

However, the support of the sandal is not great, due to the fact that it’s a flip-flop inspired open toe sandal, it’s made out of foam, and there isn’t any strong support in the upper that could fixate and hold the foot in place. The straps in the upper are not strong enough to support the foot and hold it in place, and the whole sandal doesn’t offer the support that is needed for a stable sandal. A lot of the comments in the customer comment section pointed out the lack of support, but there was no denying that the comfort wasn’t present in every inch of the shoe.

The Croslite foam maybe light, bouncy, comfy and extremely soft, but it’s sadly not very durable. Although it consists of a closed-cell foam resin, durability in the Croslite foam lacks durability. The longevity of the sexy flip model is not satisfactory because of the material used in the making of the shoe, and the design itself. The sexy flip by Crocs is an open toe sandal that’s supported by two tongue-like straps and the entire shoe is made out of Croslite foam. Not the most durable material in the shoemaking business. The Croslite foam breaks, tears easily and is prone to wearing down.

Some dose of stability is present in the sexy flip sandals by Crocs, but that amount of stability is attributed solely to the Croslite foam in the footbed. Because the outsole of the sandal is flat and because there is a massage-pod footbed in the midsole. The flat outsole, topped with the massage-pod footbed provide the foot with some stability, but it’s not nearly enough. Why? Because this is very flexible and not sturdy enough of a material and the stability is dependent on the thick, sturdy materials of the shoe, as much as they’re dependent on the design of the shoe.

The sexy flip sandal by Crocs is an open toe, flip-flop inspired sandal that bears much of your foot and exposes it to the outside influence. That means, plenty of airflow is delivered to the foot, and because of the breathability your foot has the opportunity to be ventilated and moist fee. And speaking of moist, the sweat of your feet has nothing on these shoes. The Croslite foam will make sure the sandals dry very easily after getting in contact with water, and your feet stay dry as well.

The sexy flip model by Crocs comes in 4 separate color variations. There’s the black version, the espresso color, the oyster color and the pink version of the sandal. Only the espresso version comes with two different tones, as the outsole and midsole are designed with a coffee like brown colors, and the upper is with a much lighter milky color, representing the foam that sits on the top of the espresso.

The sexy flip’s price tag ranges from 29 dollars all the way up to 75 dollars. One of the main reasons’ for the global expansion of the Crocs products is their affordability. They’re relatively cheap, and that’s because of the materials used in the making of the shoes. If the shoes were to be made out of leather, wood or any other natural material they would have been a lot more expensive.

Crocs became a fast-growing brand. Since the unveiling of the first Crocks shoe (called the Beach) in 2002, the company presented plenty of styles and designs all made out of the same Croslite foam. Manufactured in Italy and Mexico, the Crocks shoes have become synonymous to the laid back and affordable style of the beach going people but since has been incorporated with more serious outfits. Celebrities and non-celebrities alike adore them, and it was the mix of effortless style with an affordable price that made them a must-have item.

The sophisticated Sexy Flip sandal by Crocks features a unique and stylish T-strap design in the upper and the form-fitting comfort in the rest of the sandal. The barely-there look that’s been featured in the style will sure to turn heads in spring and in the summer. Oh, and let’s not forget that the sandals will present the perfect opportunity for you to show off your pedicure.

And they’re a perfect choice for the summer, as they’re open toe sandals uninformed in color. The sexy flip sandals by Crocs pair well with a more athleisure type of outfits and don’t require a lot of thinking. They’ll do the thinking for you because the sandal can be easily worn with pretty much everything in your closet. From a flowy dress to a denim short and basic white T-shirt. They’re versatile and wonderful in any combo that you'll choose to wear.

The sexy flip sandal by Crocs is probably one of the most sought after sandals in the Crocs’s long line of products. They’re flat, with slim Y-shaped straps made entirely out of Croslite foam. Every part of the sandal is made out of Croslite foam, but the midsole is the one that has circulation nubs in the footbed for a massage-like feel to the foot. Although not very durable, the sexy flip Crocs sandal is highly flexible, and because of the Croslite foam used in the making of the shoes, they are very lightweight and comfortable. You’ll be surprised by the comfort and affordability that these sandals have to offer and you’ll not be able to get them off your feet all summer long.