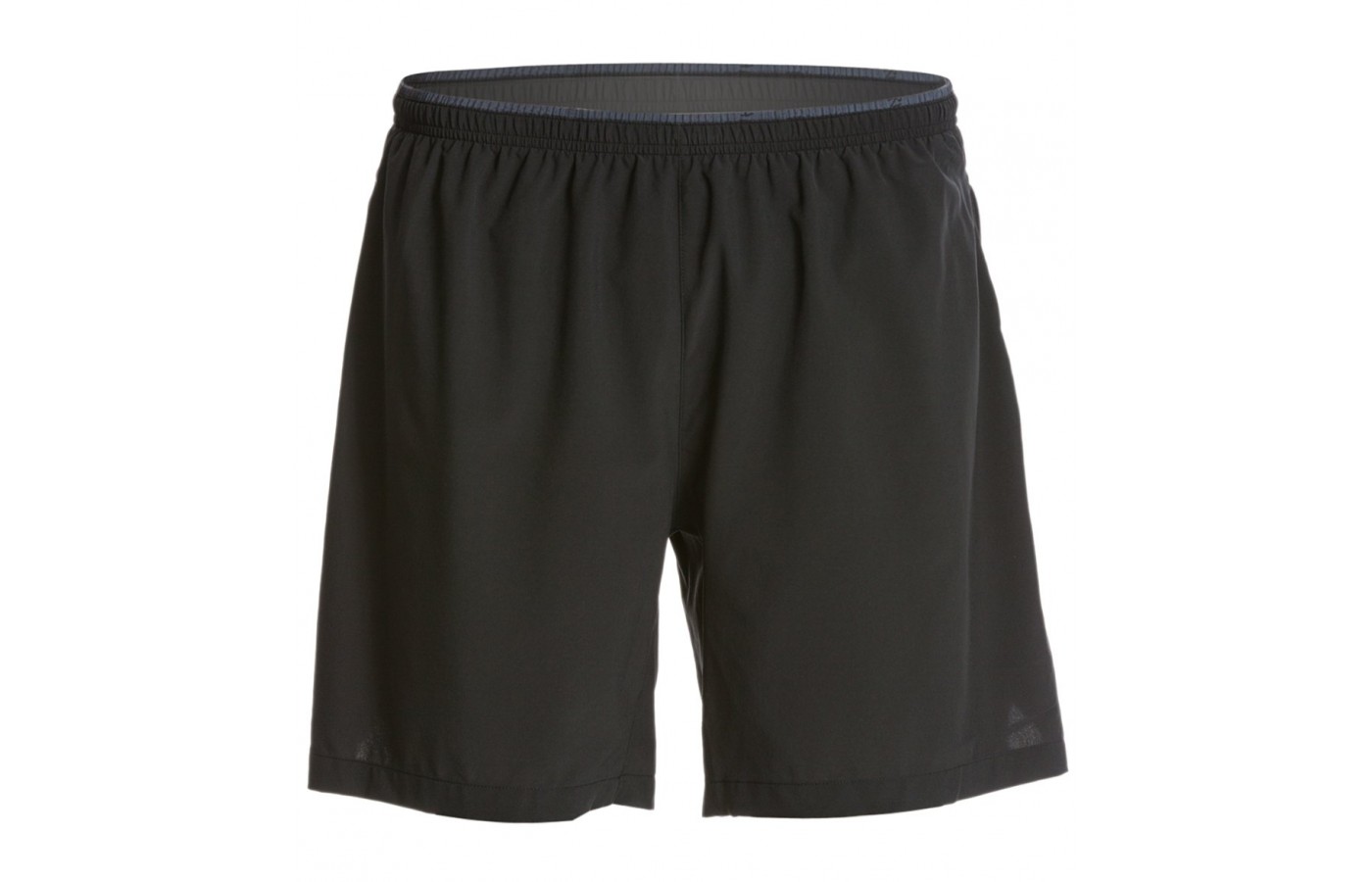 Brooks thinks running can change not only the person doing it but the world they run in too. Focusing only on running gear allows the brand to excel in bringing the necessary technology to those who seek it. The Sherpa shorts have intuitive additions to make them even better than their predecessors. Brooks puts style and storage into these shorts, not to mention a whole lot of heart.

Two-in-one shorts are a fabulous addition to performance gear. They take the guesswork out of finding a comfortable pairing of two separate pieces of performance gear. The Sherpa is lined to keep you from chafing or getting uncomfortable. It supports you during your excursions without feeling bulky. Reviewers said that they previously thought they required bulky bottoms if their current ones tended to ride up. This Sherpa disproved that theory. Thanks to their underlayer, these won’t ride up creating an inconvenient, and quite uncomfortable, bunching of fabric when you’re running. When this happens, you’re more susceptible to rubbing that bothers the legs when they’re in motion. This pair by Brooks is incredibly light and thin, with the bottom-most liner being moisture-wicking as well. Keeping dry is a big part of being at ease in any given athletic wear. These are rated as extremely comfortable by everyone that tries them. If you have a preference of inseam, the Sherpa has both five-inch and seven-inch options to best pair with your lifestyle. Dedicated runners are going to want to at least give the Sherpa a try.

Not having to get an additional pair of compression shorts or a lightweight pair of briefs takes one whole purchase out of the process of getting you properly outfitted for a run. This Brooks two-in-one short adds a whole new layer of convenience to performance gear, literally and figuratively. Quick-access pockets on either side of the leg help to stash things like gels or trash when running. There is a back zipped pocket than many found wasn’t in a proper reaching position when they were running, so keep that in mind if you struggle with flexibility. One nice quality of the Sherpa short is that there is a pocket for a phone against the leg. This is on the tighter section of the shorts that is closer to the body, underneath the outer layer. Athletes are often bothered by items bobbing up and down in their pockets when they’re out for a run. This helps to eliminate unnecessary phone bouncing or movement and keep it safe and secure against the body for when you need it. Anyone who has to stay plugged in during their workouts will appreciate this feature, making carrying a heavier item much easier, without feeling off balance.

Reviewers felt the design of the Sherpa may have been a bit shortsighted. Though many loved its features, a couple of said features ended up creating new problems for those who wore them. One, in particular, is the zipper placement on the storage compartment at the back of the Sherpa. These are running shorts, but runners do warm up and stretch before hitting the road, trail, or treadmill, which Brooks may not have planned for. The zipper seemed to bother and cut into wearers when they were on their back doing simple core exercises or stretches. The actual build of the Sherpa is sporty and cool. It is an attractive short that appeals to the eye when first looking at them. Contrasting side panels draw the eye down the leg in a flattering way. Their cut is designed to enhance your movements and complement your style. For shorts that won’t ride up or chafe, they are surprisingly sleek.

This short is built to specifications perfect for running. They pay special attention to add features to their clothing that will help them stand the test of time. The added liner and moisture-wicking capacity of this short will ensure that wet fabric won't rub or get damaged when you’re wearing these. Synthetic materials do a fantastic job of holding up to sweat and moisture. While sweat can damage and even ruin certain fabrics, Brooks has made these out of a blend that will not have the same type of durability problems. Reducing the moisture and friction in the shorts helps to ensure they will have a long life even with a lot of use. Polyester and spandex come together in both the liner and the short to create a non-restrictive, versatile combination for runners. Anyone who goes through performance gear frequently definitely should give Brooks a try. Runners specifically will find that Brooks products are made for them, with more thought into the needs of those who run than catch-all brands making more basic athletic attire. If you are serious about your runs, the Sherpa can help keep you performing at your best for a long time to come.

Fit is key in many performance options but it is particularly important in running gear. You don’t want to be interrupting your gait by having to pull up your pants or adjust due to them being too tight. Many reviewers loved the fit of the liner on the Sherpa shorts. Despite this, there were complaints about the overall fit of it. Some said it ran a bit too large, creating an excess of fabric that served no purpose but annoying the wearer. Other reviewers found that regardless of how tight they tried to tie the drawcord at the waist, they still didn’t sit right for them. They thought that the waistband had far too much fabric to sit comfortably against the hips. This short, overall, has a relaxed fit, which might be the cause of some finding it uncomfortably loose. You can choose the inseam, which helps to better customize it to the wearer. Since the waistband is primarily the problem and the shorts have stretch, sizing down would be beneficial for some body types. Particularly, those who have more pronounced thighs and slimmer hips, as they may struggle with the same issues in cinching the waist.

It is rare that a liner gets rave reviews in nearly every mention of the product, but the Sherpa’s liner got exactly that. People felt that this pair of bottoms by Brooks is one of the most surefire options to reduce discomfort and chafing. Due to being slightly longer than the actual short itself and flush against the skin, the liner acts as a protective barrier between you and the seams that could cause you discomfort. Though these have a similar look to compression shorts, they do not provide compression. If you rely on compression wear during runs, this is a product you will want to skip. The liner has no inner tags or seams to bother you when you’re wearing these. The leg pocket attached to the liner is hidden. If you often jog at night and feel unsafe carrying valuables, this is a fantastic place to stash necessary items with some security. This internal mesh liner is also sweat-wicking, keeping you dry and comfortable to further prevent chafing and improve your endurance. If you are not convinced about lined shorts, the Sherpa just might convert you to a true enthusiast.

The right materials make the performance gear. Athletic wear will never reach the level of being phenomenal without materials tailored to the needs of the runner. As mentioned, this polyester spandex blend is soft, supple, and durable for a long time of wear that you will feel great during. DriLayer fabric keeps you incredibly dry on runs, working with the moisture-wicking ability to quickly dry the moisture it draws to the surface. Their mesh liner has a higher amount of polyester than the outer layer of short but that doesn’t make it any more restrictive. More polyester makes it more breathable and slightly insulated. Polyester is great in that it can help keep you cool. What you may not know is that it works equally well in colder weather to keep you warmer, all while repelling moisture. The Sherpa is sun-protective, also. It helps to know you have a short that can block out harmful rays, in addition to your other preventative measures. Polyester and spandex both work overtime in providing a long-lasting and good looking choice in the Brooks Sherpa.

The importance of safety details on running gear is widely agreed upon. Though small details can help to increase visibility, a lot of reflectivity does a much better job. Not being able to see someone running or jogging on the side of the road, or even on a trail, can prove incredibly dangerous. An athlete’s safety is most important and brands need to prioritize it in any way they can. Adding details that help those who are on the road outside of daylight hours is one way to do that. Retroreflectivity is truly all over the Brooks Sherpa, exactly where it counts. On the side and front of this performance bottom, there is bright reflective detail that will easily catchlight and alert your position to motorists or other possible dangers. Running at night and early in the morning before dawn is a common activity. Most tend to get their exercise in before or after work, so feeling safe and secure when running has a lot to do with being able to be seen in lowlight environments.

There are both positive and negative aspects when it comes to the storage capacity on the Brooks Sherpa. Reviewers were at odds over the pocket on the side of the liner. While some loved it and felt it was very convenient, others had complaints about both utility and feel. They claimed that this Sherpa liner pocket causes the phone to move unnaturally on their leg, and they feared it would cause discomfort over time. Another complaint is about the size of the pockets. This Sherpa has a few storage details. Two pockets on the side that are just large enough for energy gels, one large compartment on the back that is zipped for keys, then the leg pocket on the liner. Reviewers said that on the previous versions of this Brooks product, the liner pocket, at least, was able to hold their phone. Now wearers with smaller phones said that they fit, but you had to remove the case. Removing the case is a pretty risky measure when you’re going to be running on surfaces such as roads, so this doesn’t seem like a great solution to the problem. On the upside, there was a lot of storage areas, despite their smaller size. Many found that as long as you aren’t trying to carry too many items, you will be more than pleased with the capacity. The back pocket was loose enough to be comfortable while running without feeling whatever you were holding in it bouncing around, as well, which is a nice feature.

Though the materials have been mentioned, one of their greatest contributions to the Brooks Sherpa has not. If you want something lightweight and breezy, the Sherpa cannot be beaten. Anyone who has spent a lot of time in running shorts knows that the ones that prevent bunching and rubbing tend to be not so sleek. These almost feel like a second skin, thanks to the soft and thin liner accompanied with a featherweight outer short. When looking to not be bogged down by too heavy materials that are ineffective, look no further than the Brooks Sherpa.

This option by Brooks is the perfect match for anyone looking to drop the bulk and get sleek with their performance wear. DriLayer keeps you feeling fresh and new, whether you are going on a brisk jog or training for a marathon. The Sherpa has some issues with the storage design and may run a bit large but their reception is fantastic within the running community. You can trust Brooks to make what you need for your next run, guaranteed. 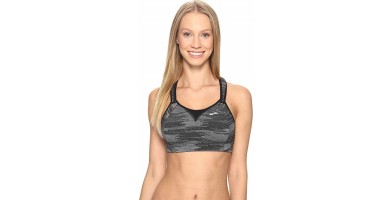 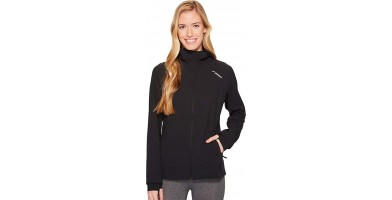 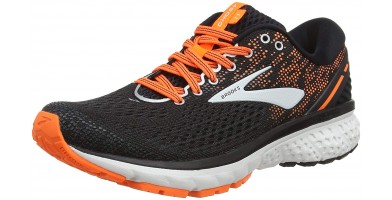