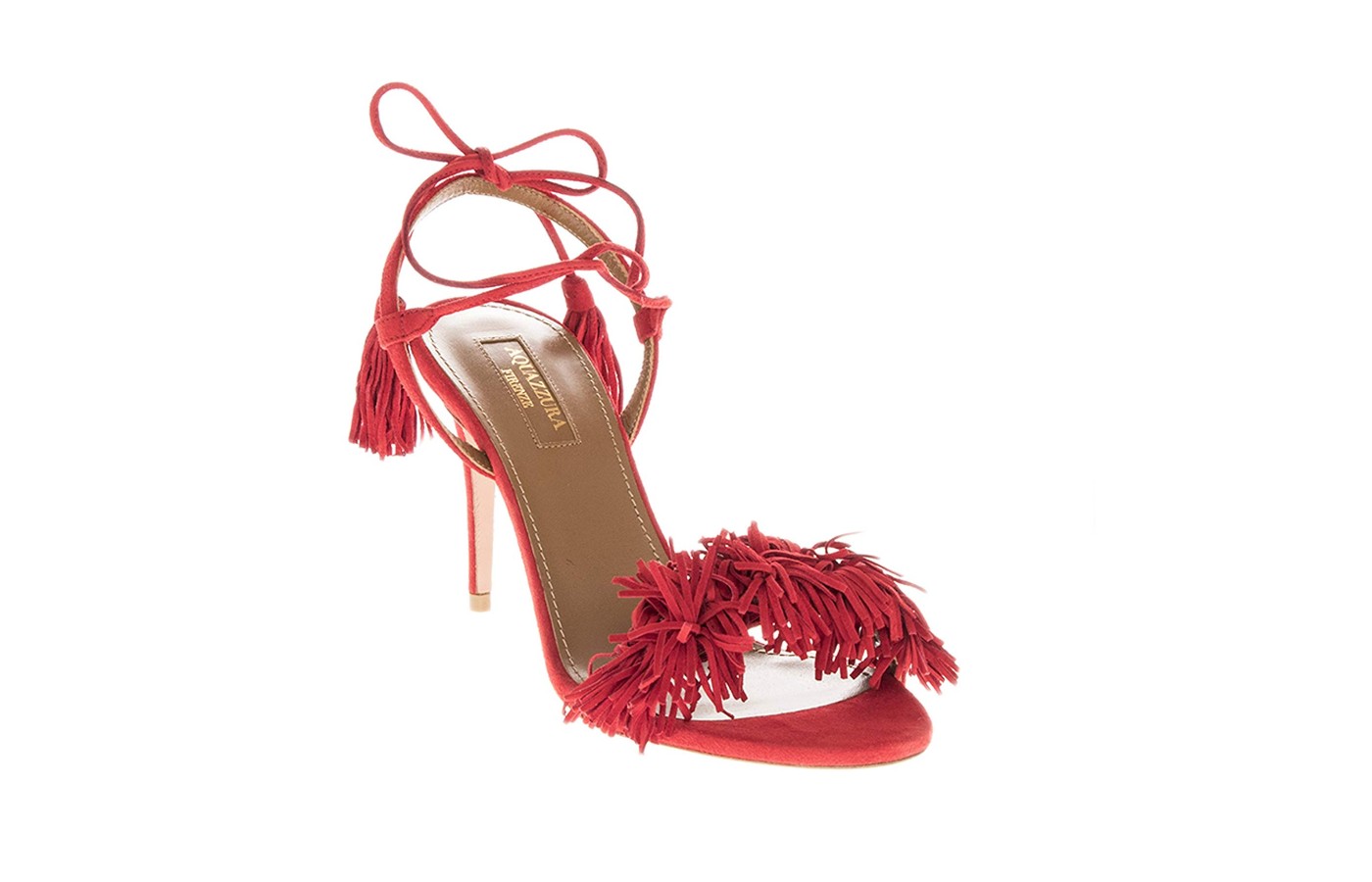 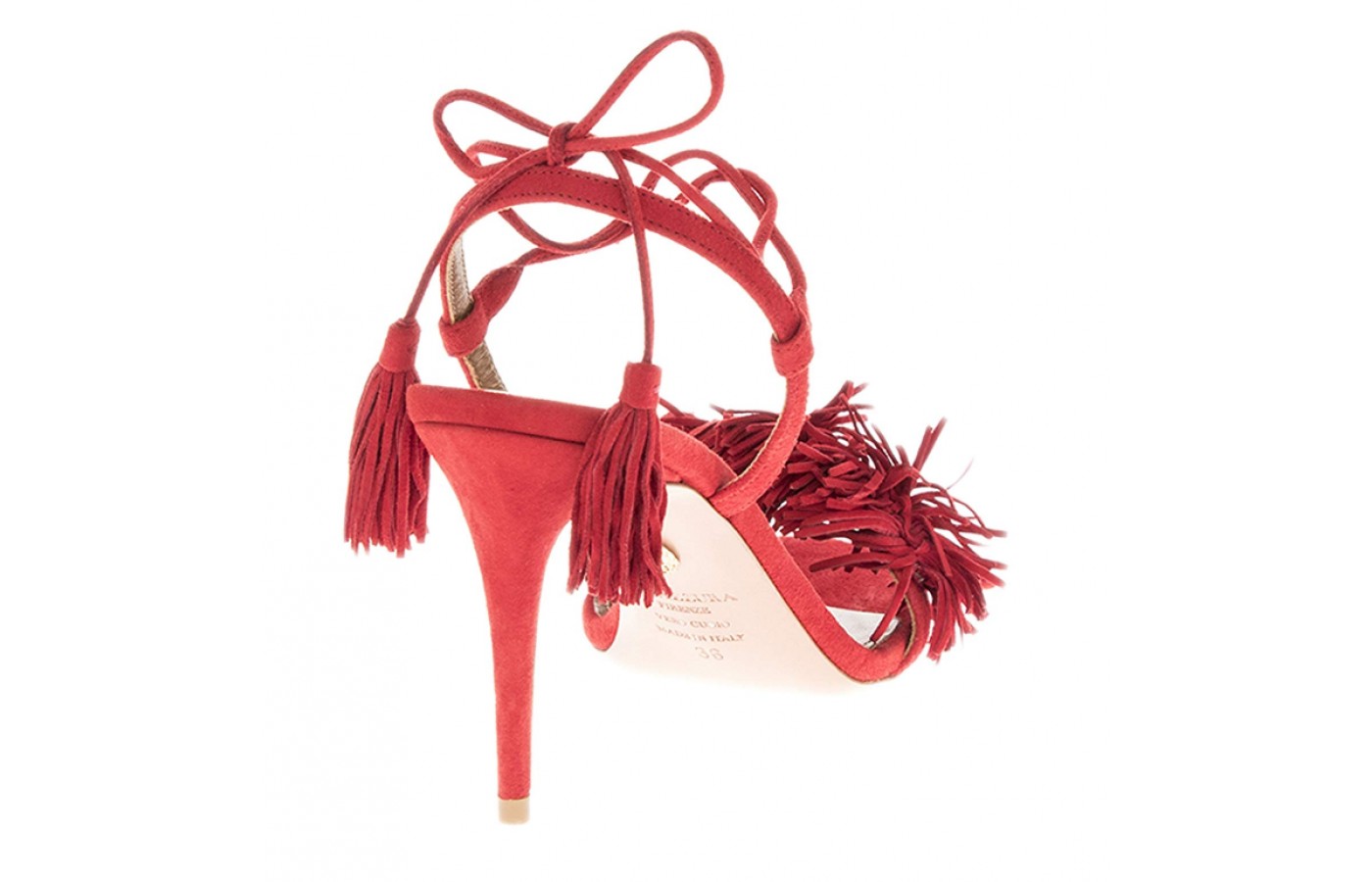 The Colombian born Edgardo Osorio launched his footwear label Aquazzura back in 2011.

Because he was raised in plenty of fashion capitals, it was his living in Italy that inspired him to become a shoe designer. He then enrolled in the London College of Fashion, but quickly dropped out to take a job as shoe and accessories designer at Salvatore Ferragamo.

But do you know that when he was just 23 years old, he was made a head of Roberto Cavalli? Doesn’t that fact make you like an underachiever? What did you do when you were 23?

After launching his own company, he’s currently based in Italy (Florence to be more precise) and soon after the company’s inception even big names like Ivanka Trump started copying his designs. Yup. The Aquazzura Company then filed a lawsuit against the brand of Ivanka Trump back in 2016 for allegedly copying their highly popular “Wild Thing” design of sandals.

And they’re quite similar. The result of that lawsuit is not known to the public but, there’s an old saying… Imitation is the sincerest form of flattery.

But today, the Aquazzura Wild Thing Sandal is up for a review, and hope you’ll like it.

An entire sandal made from fantastic leather, and that highly regarded Italian craftsmanship. Seriously. Does it get better than this? The leather outsole sits comfortably on the bottom on the shoe, but over there there’s something that you’ll never find in another shoe. Look, The Christian Louboutin sandals have that recognizable red bottom sole, but the Aquazzura shoes have something else. If you take a good look at the bottom of the outsole, you’ll notice a pineapple. Yup. The logo of the company is a pineapple, and the very same logo sits on the very outsole with gold plated metal detailing. But why pineapple? Well, as a man who grew up in Italy and other European countries, the pineapple symbolizes hospitality. Plenty of households along the Italian Riviera have pineapples carved in the houses. They’re exotic, they’re sweet and they’re one of the best fruits on the planet. Oh an last but not least, the heel that sits on the back of the outsole goes 4 inches in height just to add a flirty and sexy feeling to your legs.

Leather is present once again, but this time I the midsole. For a designer that offers nothing but the best in his products, leather should be everywhere. The insole of the Wild Thing sandal is not only lightly padded; it has the words ''Aquazzura Firenze'' and they’re stamped in gold. Yup. Gold again. Gold is very present in this sandal. It was featured in the logo on the outsole, and here it is once again in the lettering in the midsole. The words ''Aquazzura Firenze'' that can be found of the midsole, describe the name of the company and the name of the city in which they were maid. They were made in the city of Florence, right in the heart of Tuscany.

If you thought that the outsole and midsole were fun, wait until you find out about the gorgeous upper. Also made from suede and leather, the upper is made even more beautiful with the additional fringe on the strap of the sandal. The fringe is short, sweet and oh so gorgeous and makes your toes look fantastic. The Aquazzura wild thing Sandal is an open toe sandal, made from the confident woman that wants to express her curves and sex appeal in the most fashionable way. The luscious fringe just adorns the foot, while two sensuous ties that wrap around the ankle are finished with flirty tassels. You have to adjust the fit of your ankle straps by tying it around your ankle and let the tassels gently flow in the win as you’re walking. Both the strap at the toe area, and the thin straps that tie around the ankle are made from leather, and they’re the ones most responsible for keeping you sexy and gorgeous.

The padded midsole of the Wild thing Sandal is on the other hand most responsible for the support portion of this sandal. Because this sandal has a quite high heel, the support that this padded midsole gives is very much appreciated and welcomed. You’ll just love the padding in this sandal, and it will make thing easier when you’re actually wearing the sandals.

I think that the quality material and the exquisite Italian craftsmanship really add so much about the durability of the sandals. They’re essential parts in the overall quality of the shoes, but in this type of sandal, the straps are the usual cause for concern. Why? Because they’re too thing, and if they’re not made from quality materials, they tend to damage fairly quickly. You don’t have to worry about that here. These sandals are one of the most durable in the market and you’ll be surprised on the longevity that they have in them.

The Wild Thing Sandal does have some flexibility but it’s mostly concentrated in the upper part of the shoe. The ankle straps do help your ankles to move and the very same can be said about the strap found around the toe areas. And in the end because this is an open to shoe, toes can move freely out on the open without the worrying of being confined or pressured but sturdy upper.

However, you don’t really need to worry about the sandals being aerated. The airflow to the feet is constant as they’re an open style sandals, and they’re made from leather thou out the entire structure of the shoes. The leather is one of most quality materials that you can find, and not only that the leather will keep the shoes aerated, will it repel the odor from your feet as well.

Sadly because these are an open heel summery sandals with a high heel, they’re not meant to be worn on rough terrain, grass or terrain that’s wet and slippery. You risk the possibility of injuring yourself, or damaging the sandals if they get in contact with water.

In continuation of the terrain explanation the outsole of the wild thing Sandal is not traction equipped. The outsole is very smooth without any ridges that could help with the traction, and you do need to be careful while wearing these types of shoes. The Wild Thing Sandal is a summer sandal that works best on comfortable, familiar surfaces and it’s not meant to be tempered on rough surfaces. Your feet will be the first to feel the pain of that surface.

Just look at the sandals. Do they scream sex appeal and lust? I bet they do. They’re gorgeous, sexy and they’re meant to make a statement. They embody the passion of Italy, the style of the famous Italian fashion and they will become your best asset. And even the name suggests that are meant for special occasions. Wild Things is the name of this sandal, and for good reason. They’ll encourage you to have wild unforgettable moments while wearing them. Whether it will be dancing all night or pairing them with your latest dress purchase, they’ll work fantastic with just about everything. And don’t thing for a second that they’re best for nighttime outings. No, the great thing about them is their simplicity. Besides the fringe and the tassels, they don’t have any other embellishments and the clean style allows you to wear them in the daytime. Why not? Do you have a pair of jeans that sits forgotten at the back of your closet? Well, take them out of that closed and pair them with a great T-Shirt and the sandals will just glam up even the simplest outfit. You don’t always need formal attire as an excuse to wear the sandals. Sometimes a basic pants and ripped jeans will do the trick form more casual look.

Do you know why Edgardo Osorio was adamant to make his own company of luxurious footwear? Well, according to an older interview, he noticed that all the ladies that came to the stores of Roberto Cavalli and all the women that came to the company’s meetings wore flats. He made and designed shoes that the women didn’t want to wear during the day because they were uncomfortable, and the shoes couldn’t be worn after a prolonged period of time. So as a designer, shoe manufacturer and as a founder of his own shoe company wanted to change that.

He wanted to design and produce a shoe that can be worn thou out the entire day without the pressure of discomfort, blistering or cramping. He learned from his mistakes, and decided to implement that demand for comfort in the shoes that he would make in his own company. So Aquazzura took a more different approach, and the results were staggering.
For the first time, there’s a high heel that’s comfortable enough to be worn for more than 45 minutes? Well, it’s possible and it’s all thanks to the quality materials and that renowned Italian craftsmanship that’s dominant in his company. The pineapple adds a nice touch at the bottom of the outsole for a more luxurious and refined feel, but the entire shoe is filled with endless sex appeal and sexy details. Oh and the name perfectly describes the feeling that you have when you’re wearing the sandals. They’re comfortable but the style, elegance is not suffering because of the added comfort. But there are a couple of things that could be improved in this sandal. The first is of course the padding. It would be nice if that padding was more pronounced, and if it was included in the toes area. Seriously. In a high heel that’s so thing and so high, an extra padding in the arches and especially in the toes area would be an amazing improvement. Secondly, those ankle straps. It would have been more practice if that strap was made with a buckle and not with a tied leather straps around the ankle.

But you can’t go wrong when buying the The Wild Thing Sandal. They’ll become your best asset in your shoe closet. And although it doesn’t appear that these are versatile shoes that could transition from day to night, they are. You’ll just fall in love with the comfort, simplicity and durability that the shoes have to offer. Yes, they are more expensive than your regular sandals, but it’s an investment for what you’ll be feeling the returns. Treat yourself with these sandals. Your feet will be saying thanks every time you wear them, and the sexy, confident feeling that you get while wearing them is just an added bonus that comes with the fine design and exquisite craftsmanship. They’re amazing. 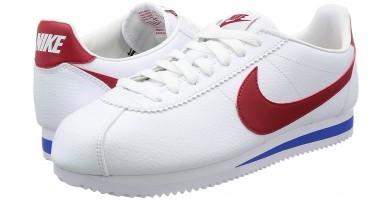 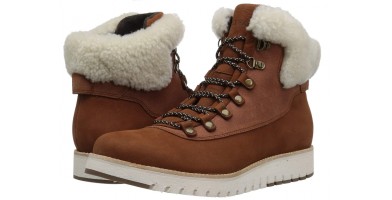 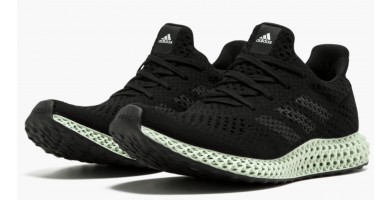