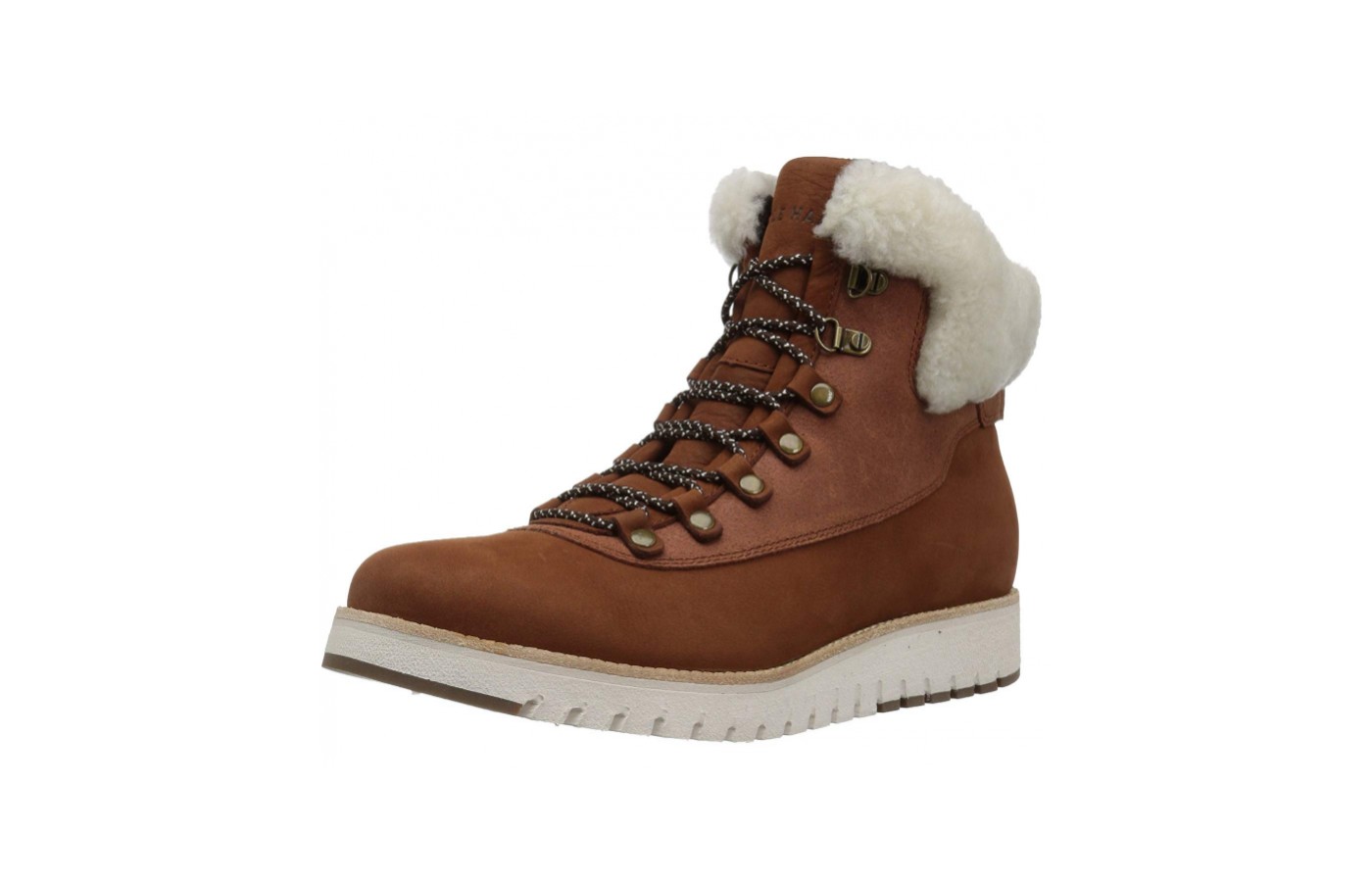 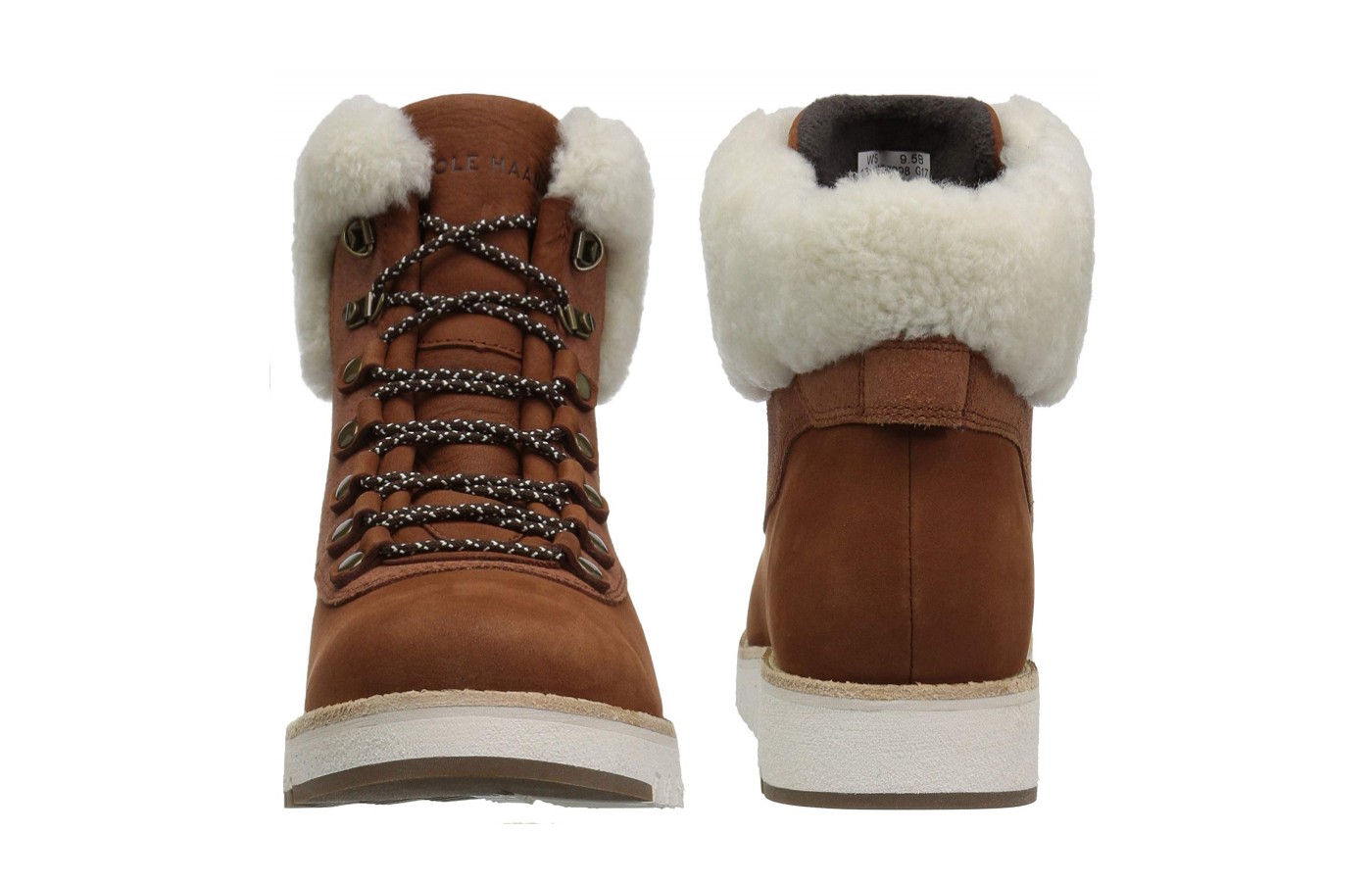 Founded in Chicago in 1928, the name comes from founders Trafton Cole and Eddie Haan. Back when the company was founded, it was originally named Cole, Rood & Haan, because it catered merchandise solely aimed at the male part of the clientèle.

Today Cole Haan offers both male and female merchandise and it has more than 70 store locations all over the world. And today they create the shoes, bags and the rest of the accessories for people that are stylish and resourceful at the same time.

In recent times, the Cole Haan label has become a favorite among celebrities like Taylor Swift, Olivia Palermo, and Emma Watson, but for now, let’s focus on one the most highly sought after models in the Cole Haan shoe lines. The Cole Haan Ggrandexplore Boot.

Iconic as the label itself, the Cole Haan Ggrandexplore Boot is a must for every winter outfit, and a staple in every closet but for the details on the boots you can read below in the post.

Say hello to the toothy rubber outsole made with the fantastic innovation called Grand.ØS technology. According to the Cole Haan website, the Grand.ØS technology is an operating system engineered for the foot’s demands, and it helps the 26 bones and 33 joints to bear the weight of the day a lot more easily. The Grand.ØS technology applied in the making of the rubbery outsole is there to reduce the weight, mimic your foot’s natural flexibility and to provide comfort to your feet whenever they will go on their hiking adventures.

The GrandExpløre Waterproof boots incorporate the innovative technical features and quality fabrics with a fashion-forward style ready to make the most out of both the Great and the city streets. The boots are a progressive fusion of technical engineering and outdoor style that elevates the wearing experience and brings an explorer-level of performance. The winter comfort has never looked better.
The Grand.ØS technology is astonishingly lightweight, adaptive in its flexibility and responsive to the terrain that’s facing on the daily basis. The white is dominant color in the entire outsole while the tiny fraction is covered with just as durable black outsole to make things a bit more visually interesting.

The midsole is equipped with the ever dependable and amazing EVA technology. It gives the foot a lift and it helps with the comfort and stability that reflects to the rest of the body. Although very simple, the EVA is a dependable source of cushioning that works well on any type of shoe, but it works exceptionally well on a hiking shoe like the Ggrandexplore Boot.

When you’re looking for a great hiking shoe to purchase, the outsole and midsole are important of course, but you can’t forget the things that the upper has to offer. Having a thick outsole and thick midsole is fantastic, but having a waterproof leather upper that goes all the way to the ankles is amazing. It positions the ankle and the entire foot and takes good care for the firm grip that the boot has on your body. The upper is brilliantly stitched to the outsole with firm thread tjat just ensures the longevity and quality of the boot, and the inside of the upper is covered with synthetic lining.
What about that gorgeous fur that can be found on the opening of the boot? Well, it’s real fur and it originates from sheeps that were breed in Australia. The dyed shearling comes from the premium grade Australian sheeps, and it just helps with the temperature regulating properties. Although it may seem like a decorative piece, the shearling piece on the top of the upper is there to keep your feet warm as well. It doesn’t allow the cold, the moisture and the dirt to penetrate within the shoe, and coincidently it has the ability to keep you well and safe. Amazing isn’t it?
And last but certainly not least, the lace up system is done with the classic lacing pattern. The laces are thick, round and durable like the rest of the shoes and they go all the way up to the opening of the boots. You’ll be impressed with the quality of the laces alone, not to mention the quality of the Ggrandexplore Boot.

A hiking boot that can’t guarantee the comfort is not a real hiking boot and you shouldn’t be wasting your time and money on it. Luckily, the Cole Haan Ggrandexplore Boot is one of the finest specimens when it comes to providing of the comfort. And why wouldn’t it be? The Cole Haan team is very well aware that as a hiking boot, you’ll be having it on your feet for quite a while, and while you do have the boots on your feet, they might as well be comfortable. But the comfort comes from the foam cushioned footbed that’s been made with EVA.

You can thank the Grand.ØS technology for the support of the Ggrandexplore Boot. Seriously. The technology used in the outsole brings out the support when it’s needed the most. During the long hard and tedious hours spent hiking. Whether it’s for mounting hiking or someplace else, a lot of pressure and friction is involved, and you’d better have support in the outsole when you apply so much pressure. The support of the outsole can be felt on practically any terrain, but we’ll get to that later.

The Ggrandexplore Boot is a durable mix of several fantastic materials and technologies. The Grand.ØS technology starts and the leather upper along with the firm stitching enhance the durability in this boot. Together both parts of the show work tirelessly to provide long-lasting support and endless quality not just to your wardrobe, but to your lifestyle.
What will surprise you the most about the Grand.ØS technology’s properties is the longevity that’s been added to a simple material like a rubber. Yes, rubber is found in plenty of other boots, sandals and even sneakers, but the Grand.ØS technology makes the outsole long lasting, unbreakable and indestructible to any type of weather conditions or terrain.

Although lacking in flexibility, the Ggrandexplore is bursting at the seams with stability. You can say that stability is the boot’s middle name and it’s proud of it. But, frankly it’s what expected form a great hiking shoe, and Cole Haan has been aware of that for years now. That’s why they’ve made one of the best and most stabile hiking shoes on the market. A stabile boot that won’t let you down in any given moment is something that almost every single one of us is looking for, regardless if it’s bought for hiking or not. But the stability is in high demand here in the Ggrandexplore boots, and it’s supplied in even greater amounts. The fantastic thick, durable outsole supplies most of that stability, and the sturdy leather upper with the classic lace up system is not looking too shabby either.

The leather upper is the star here. The natural leather that coats the entire leather provides the airflow through the entire foot, and not only it’s keeping your feet safe, warm and moist free, it also helps with the protection of harmful bacteria that can cause strong odor and infections. The leather will become your friend in the Ggrandexplore boots, and your constant companion during the long hard days spent on the road.

This is a hiking boot right? Than that’s what here it will fit the best. They’ll show amazing performances on the hiking trails, dirt roads and rough roads ahead of you. Which way you’ll end up taking them, the Ggrandexplore will be there for you. There isn’t a terrain that they’re not suited for and that also applies for the weather conditions that you may encounter on your hiking adventures. Because these are more winter style boots, not even the ice and the snow can damage these boots, and you’ll find yourself reaching for a pair of Ggrandexplore almost every day. And if you do decide to use them for your everyday life, they’ll be just as useful as they’ll be on your hiking adventures

Much like with terrain, the traction of the Ggrandexplore boots is high and on point. The thick rubber outsole is designed to withstand any surface and to keep you from falling on your face while walking on that surface. Those ridges do help a lot with the traction, and all you need to do is put the boots on, so you can feel the traction properties for yourself.

A modern everyday boot that just happens to be fantastic for hiking as well? Well it exists. The Ggrandexplore model by Cole Haan combines the classic lines of the design with the innovative edge of the modern day technology. It has the best of both worlds and then some. A fantastic timeless look that speaks volumes to the longevity that you’ll experience while wearing the boots. They’re perfectly combined in one amazing boot and it will quickly become your go time boot for the cold winter day.

The GrandExpløre Waterproof Hiker boot is definitely reaching new verticals and breaking boundaries. And you’ll love it. The GrandExpløre Waterproof Hiker incorporates innovative high tech features and quality fabrics with a progressive fashion-forward style. From the very moment that you put on the boot, you’ll be ready to concur both the Great Outdoors and the city streets. So you should pick your adventure, but your number one pick in footwear should remain the GrandExpløre Waterproof Hiker. The boots have a renowned fusion of technical engineering and a great sence of outdoor style that brings an explorer-level of performance and waterproofed winter comfort to a hole another level. Oh and luscious detailing such as the shearling padded collar and leather upper offer subtle luxury with every step and in every situation. And that very upper is functional waterproof and seam-sealed stabile construction keeping the boot dry and warm in almost every weather situation. There will be no surprised for you, while wearing the boots.
The only thing that could improve the overall quality of the boots if the fur used in the collar, was also used in the lining of the boots. It would make the boots even more comfortable, and it would enhance not only the fit, the aeration and moisture wicking properties, it would make them more comfortable to the skin. But overall, this is one fantastic boot. It works well for just about any terrain and works fantastically with any style. With the skinny jeans that you own, with a mini dress and thick leggings, and even with the thick yoga pants that sit in the back of your closet.
The GrandExpløre Waterproof Hiker boot is a versatile, sturdy, curable and comfortable boot that will last you a lifetime. You won’t regret buying this boot, and you’ll reap the benefits of that boot in the years to come. 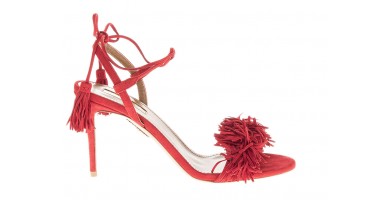 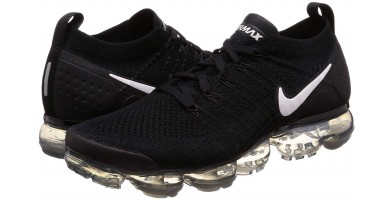 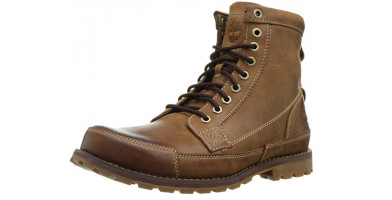