Apple die-hards anxiously await new releases of its coveted watches ever since the first hit stores in April of 2015. It didn’t take long for this technological advancement to become one of the best-selling wearable items on the market. Nike fans get a special treat with this collaboration.

This device manages to combine fitness tracking and other health-conscious capabilities with an array of other Apple services.  Though their beloved original watch has been discontinued, there is no shortage of fantastic features in this Series 4 Nike+.

If you’re into sleek aesthetics when it comes to fashion, you will probably really enjoy the look of this Series 4 Nike+ Apple Watch. The screen is quite large, with cases that are 40 mm and 44 mm, respectively. You can measure you other watches to see which size best fits your style needs. A clean band accents the large, rectangular watch face. This very much looks like a futuristic communicator from a science fiction film or television show. For the Series 4, there are leather banded options as well as stainless steel. There are also more specific “athletic” choices like the ones made by Hermes. On this Nike+, the band, and hence the aesthetics, are one of the largest differences between that and the standard Series 4. Other than the small Nike Swoosh on the back of the watch, the band is the biggest difference here. If bought separately, you can obviously get any band you choose, even the Nike Sports Band, the Nike Loop is a different story though. This exclusive band differs from the perforated Sports Band, it has reflective yarn to catch the light when going for late-night exercises. The watch may not wow you with its appearance if you like a more vintage design though, unfortunately. However, if you like your technology to look as straightforward as it functions, then this is definitely one product you won’t want to miss.

The battery life of the Apple Watch has long been pretty impressive, especially when it was new technology, or at least it is impressive in theory. They boast up to 18-hours of battery life, but the actual span of time you can actively engage with the watch is undecided. As advertised, Apple admits that the battery life is highly dependent on usage and settings, so this standard is not necessarily true, it is more of an approximation based on the lowest amount of use with the most energy-conserving settings. Lithium-ion batteries also consistently degrade over time, regardless of whether the device is on or off. Lithium-ion is still the most popular battery type in many cell phones and other devices utilizing rechargeable batteries, so you can expect the same kind of degradation over time as you would any electronic device in your possession. The charger for the Apple Watch Series 4 Nike+ is magnetic and really easy to use, but due to being magnetic it may be slightly more difficult to work with on the go. If you’re the traveling type, I would just recommend making sure you’re fully charged prior to venturing out of the house!

In the past, basically, all of the Apple Watch options have been pretty carrier-loyal. Initially, you needed your phone to use the full scope of your watch’s abilities. Ever since Series 3, however, you are able to make calls and use your cell carrier service without a phone nearby. If you get the full capabilities, that is, including both GPS and Cellular, you can make calls totally independent of your regular cellular device. The Apple Watch Series 4 Nike+ is fully unlocked, opening up your cell service options. As of right now, the four major cellular service providers in the United States offer plans to accommodate the Apple Watch. Those providers are AT&T, who was the first provider to team up with Apple, Verizon, T-Mobile, and Sprint. If you are unsure about your current plan but want this watch ASAP, it really helps to have the product unlocked so you don’t have to deal with issues in switching if it comes to that.

Some of the biggest changes with the Series 4 is that it has even more fitness tracking abilities and sensors built into it. For a Nike+ version of the watch, this makes all the difference in the Series edition that you choose. For the fitness minded, which Nike’s lovers frequently are, it is perfect that this product has even more abilities than ever before. Included in the body metrics now measured now is electrocardiography. With the other capabilities, that means that now this watch can measure your cadence, your heart rate, and your electrocardiography during workouts. This is indispensable for athletes and fitness lovers alike. It will help bring your game to the next level and more easily track your fitness. A large part of these qualities are thanks to the excessive amount of sensors built into this tiny device. Their sensors include an accelerometer, altimeter, gyro sensor, and a heart rate sensor. It doesn’t get much better than that.

This watch option is equipped with watchOS 5. Whether you’re committed to Android or Apple, one thing can’t be denied and that is that Apple’s IOS system is incredibly user-friendly. They are straight-forward with their design and the usability of their devices. There is no ultra-complicated set-up or special skills needed just learn the ins and outs of your phone or laptop. This is pretty crucial for something like this tech-savvy watch. It has a smaller screen and less complex functions, so you want the interaction you have with it to be simple and easy to understand. While some people may dislike the operating system due to being maybe too simple, it can’t be denied that it works fantastically for its main purpose, which is a no-frills watch to bridge the gap between you and your phone. In our current society, having your face in a smartphone screen is pretty common. Having an easy way to get some distance without being cut-off from important calls or emails is truly revolutionary and practical for the everyday professional that doesn’t want to be phone dependent.

Now, here is where some people may have a bit of pause. Reviewers say that if you calculate the cost, that the Series 4 Nike+ is well worth it. It is priced at the exact same amount as the non-Nike version. Comparable to the initial cost of their previous series releases, this Apple Watch is going to set you back about a fifth of the cost of a new iPhone. Seeing as most people won’t purchase an Apple watch without already having an iPhone, this is a pretty big addition to your gear if you aren’t in serious need of something to help you keep in touch without limiting your social interaction with the outside world. If you have monitors to track your fitness or don’t want or need to be constantly “plugged in”, then you might not want to spend the money on this Series 4 Apple Watch, which is completely understandable. Reviewers really stressed that this isn’t too hard on the wallet if you look at comparable technology and their prices, but it still isn’t really going to be worth its price if you won’t be getting a lot of use from it. Also, keep in mind the 4mm larger screen costs a bit more than the standard size of 40mm.

Screens are a big deal when it comes to electronics. The visual element of technology is so wildly important that it can make or break your decision in buying a phone or related device. The screen on this Series 4 Nike+ option comes in two sizes, as mentioned before. One is 40mm and the other is 44mm. There is little difference in appearance unless compared side by side, however, the pixels differ on both watches. The larger display has a larger font for those who may have vision problems or don’t want to strain their eyes. The display is an LTPO OLED Retina display with Force Touch, so it is extremely responsive to touch and will look bright and clear no matter what you are choosing to display. There is a wide array of design choices you can make in terms of the screen display, so the watch can reflect your own style. There is haptic feedback which is responsive and able to convey the registering of your touch. Ambient light detectors dim the screen accordingly to the amount of light in the room, where ever you are, so you can get the most out of the screen display.

Apple Watches were once mainly used as a sort of notification device, their capabilities for actually working as the phone was limited in a stand-alone way. On the Series 4, Apple wanted to make their ability to function as a full phone better than ever. One of the ways they did that is by enhancing the volume and sound quality this apple watch is capable of. The speaker is much louder than ever before, giving you a clearer connection to your loved ones when you’re trying to speak to them. In addition to a clearer and louder speaker, their Bluetooth is now equipped to handle Bluetooth 5.0, the most recent edition of the hands-free function. Their speakers aren’t really mind-blowing, though, still. Some reviewers found there could be problems when it came to crystal clear sound. Negative reviews overall were very rare, however, so it doesn’t seem to be much of a risk for the Series 4.

The Apple Watch Series 4 Nike+ is slightly elevated from its predecessor in a few key ways.
First, it is the first unlocked version of the product, which gives you inherently more options in terms of your service provider. It adds one more sensor to track your progress in terms of health and athleticism. While the former models came with memories of both 8GB and 16GB, the standard for the Series 4 in both the Nike+ and regular edition is a whole 16GB. That means more storage and less hassle in your day to day usage. They replaced the Sapphire Crystal build with Ion-X Glass adding more security and protection from bumps and cracks. The aluminum case that holds the technology and helps to display the watch face is made of the ultralight but strong material as an update to its previously stainless steel build. The material is thicker than it was on the Series 2, but thinner than on the Series 3, measuring at .44 mm. For Apple Watch lovers, this is a great, updated take on the old favorite, that doesn’t lose any of its previous features.

Many watches, even less technologically advanced ones, are not water resistant. They have to be taken on and off when in environments which may risk damage. The Apple Watch Series 4 Nike+ is equipped to handle splashing around in the waves at the beach, or just washing the dishes with ease. It can sustain exposure to depths up to 164 feet, which is incredible. While this isn't a watch made for deep-sea diving, it is absolutely able to keep up with everyday run-ins with wet environments. Many phones, save for some Huawei and Samsung options, are not yet fully water or dust resistant, and neither is this watch. However, it really is able to hold its own when it comes to exposure to less-than-ideal environments. Holding up better to water than most designer options with no function but to tell the time, the Series 4 Nike+ is ready to get as active as you are!

You don’t have to be loyal to Apple to love their watch selection. With a user-friendly operating system and simple-to-use programming, the Series 4 Nike+ is sure to be your new favorite tech accessory. Though slightly expensive and not super long-lasting in battery power, this watch by Apple exceeds expectation in more departments than we can count. Reviewers raved at its specs and when you try one on, you will see why. 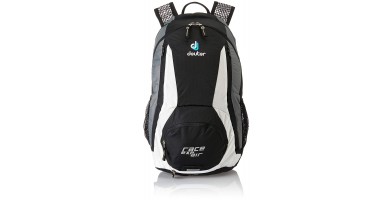 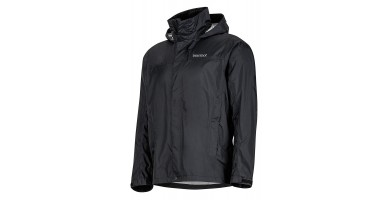 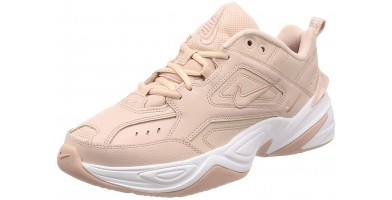