Home » Blog » Why Runners Should Remember, Food is Fuel

Why Runners Should Remember, Food is Fuel 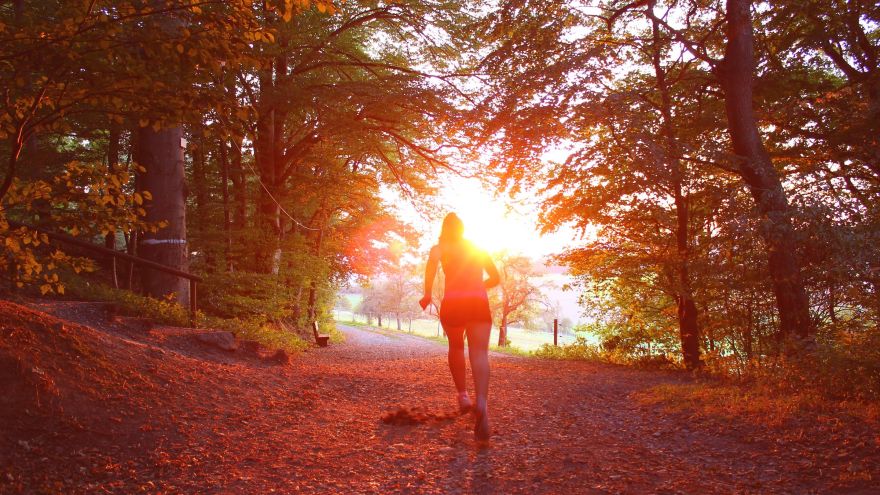 Why Runners Should Remember, Food is Fuel www.walkjogrun.net

“The reason you are a runner is that you enjoy running. The objective of everything you do as a runner should be to increase or preserve your enjoyment of running.” -Matt Fitzgerald (RUN: The Mind-Body Method of Running by Feel)

Having a good coach is super important when it comes to many things and I think it’s been especially important for me when it comes to running/becoming an athlete. I didn’t grow up with a track background. I truly didn’t know anything about the running world when I stepped into it. I came into the running world after a major weight loss and I was still struggling to understand that food was fuel and that exercising was not a punishment for eating whatever I had recently. 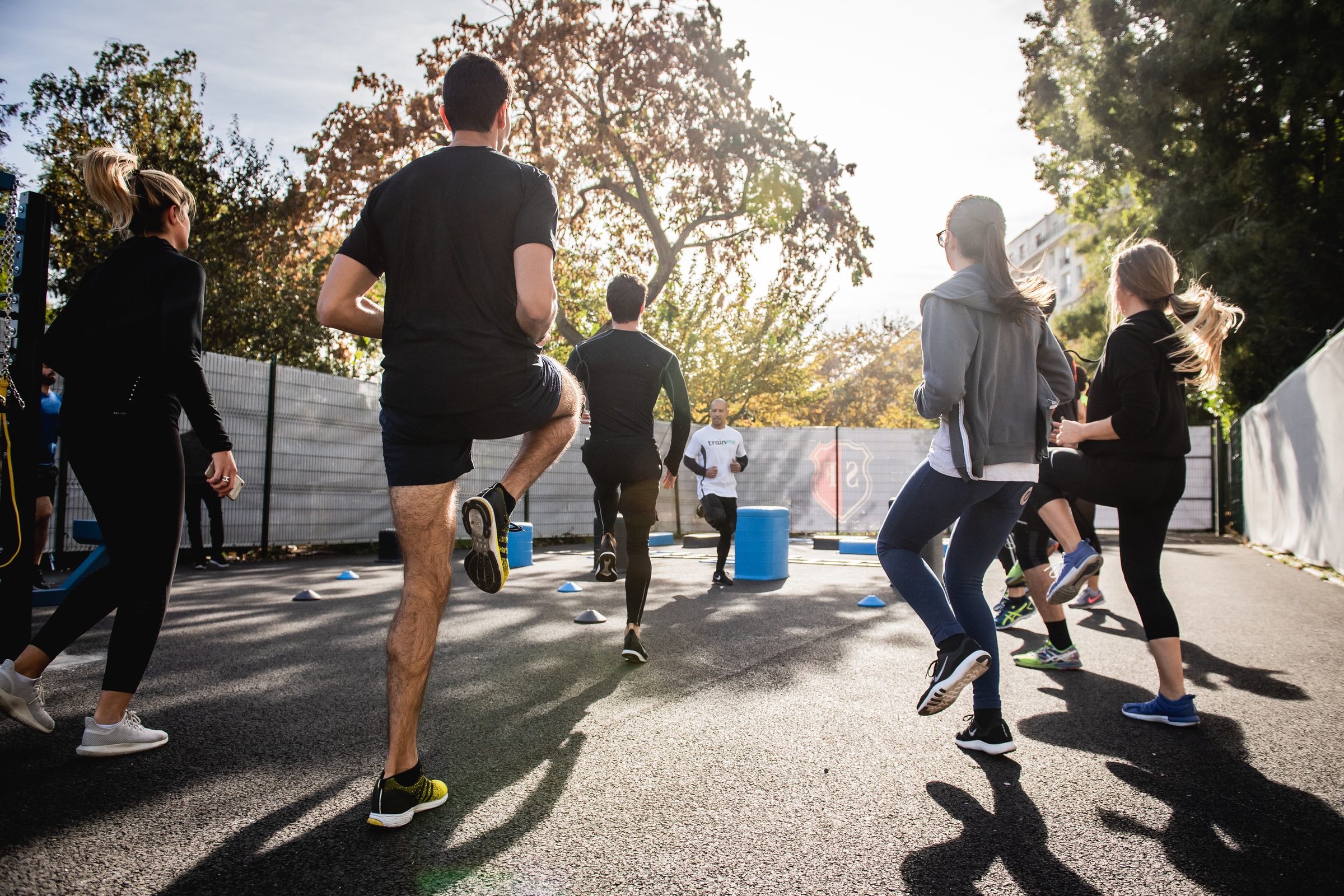 The longer I have been in the running world the more I understand just how toxic some running and related coaches can be when it comes to an athlete’s relationship with food. Over the past year, I have listened to one podcast episode after another where once college runners (women and men both) have talked about how they were harmed in various ways during their college running careers.

It’s amazing that many of them have been able to come back to running and do such great things and inspire others. Many of these people talked about how during their college running careers diet was heavily focused on but yet not really talked about and how they have many regrets about not fueling their bodies which often ended up leading to sickness, weakness, or injury (some of which have followed these athletes even years later).

Comparing Yourself to Other Runners

When I started getting serious about running, I’ll admit I constantly looked at the other runners around me and thought about the fact that they had smaller or more aesthetically pleasing bodies than me (it’s something I still do, unfortunately). I wondered what if my body was smaller… would it be able to perform as well as theirs? 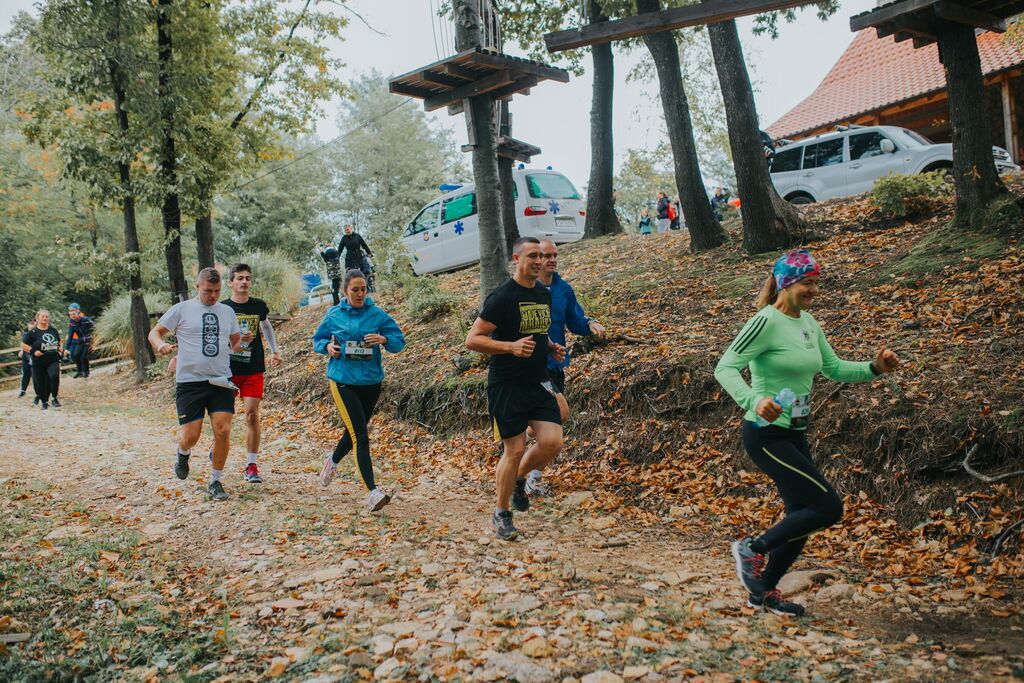 I remember times where I felt like somebody who I passed looked at me and judged me because I was bigger than them, almost as though me being bigger than them and passing them was offensive. Why is that? Why do we judge somebody’s ability based on their body size when it comes to running or running involved sports?

Running and other sports that require it as a main component are so much more than size. Of course, physics tells us that the lighter you are the faster you can go but if your body is broken, you surely won’t be going very far.

Benefits of Getting a Late Start

For a long time, I wished that I would have found running sooner. I wondered what it would have been like if I wasn’t overweight in high school. I wondered… what if in my younger years, I would have known that I could have such a passion for running. I often thought about where my athletic ability would be now if I would have started running earlier and if my general love for fitness began sooner.

I have eventually come to realize just how glad I am that I did not start sooner because I ended up starting at a time where my brain was mature enough to understand the dangers of wanting to be smaller to be faster as well as all of the harm that so many college and other coaches have done and still are doing to their athletes with that mindset.

When I first got a running coach, I remember talking about food… A LOT. I had gotten a Garmin Fenix fitness watch to replace my well-loved Fitbit Versa and I was so terrified that this new device and the app used with it would not correctly track my calories and that I would gain weight back and become less capable of sports.

I had an awful and harmful mindset and did not understand fueling and fitness on a healthy level. I literally almost cried because I was so terrified and anxious about making a switch from one watch and calorie tracking system to another. 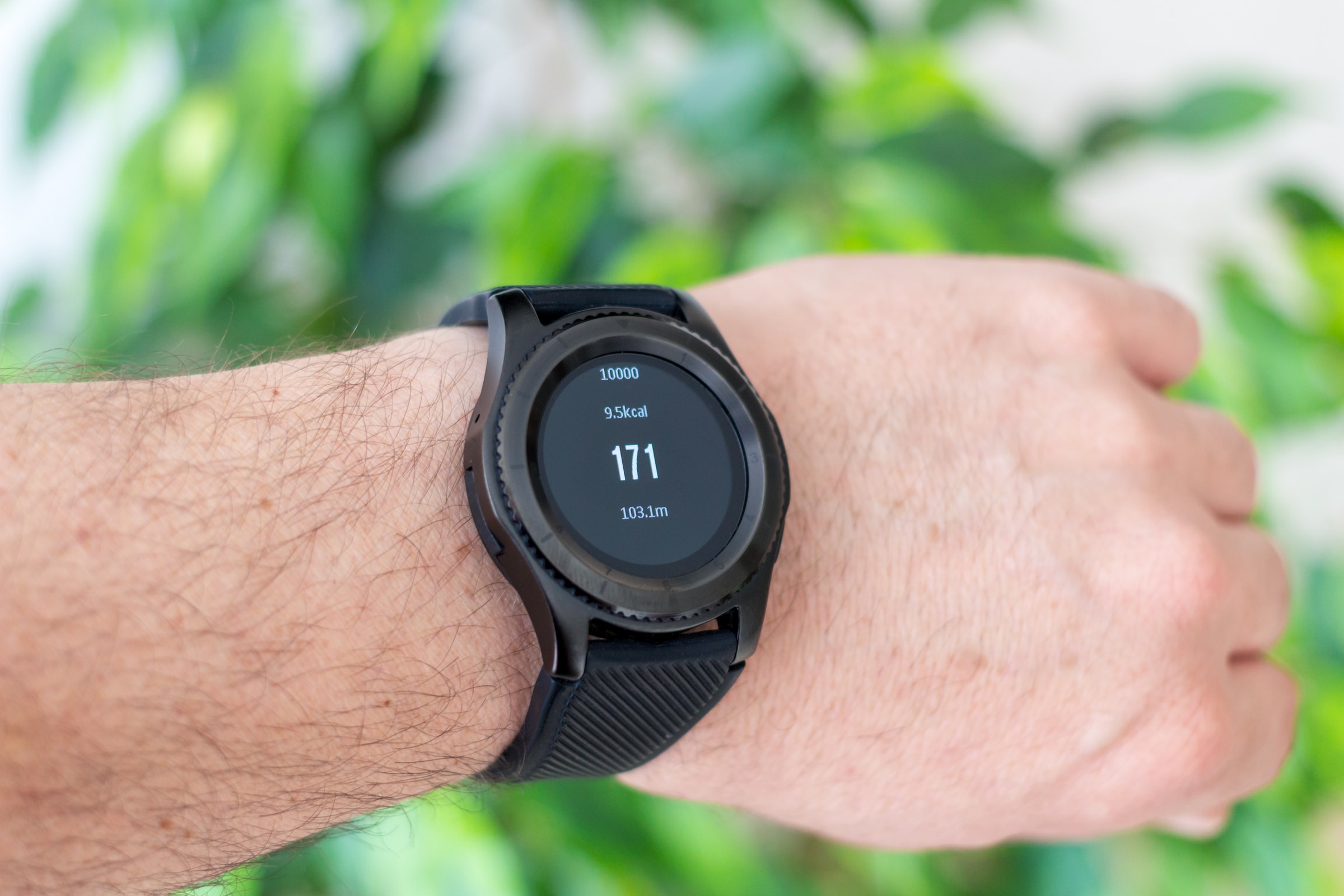 I thought that the switch of devices would end up determining my worth and ability as an athlete. I fixated on the change for weeks. I could not stop thinking about the change and the fact that changing watches might make me gain weight because I might not be able to track the calories that I had been so seriously focused on for such a long time during my 100-pound weight loss journey and as I was trying to maintain the weight loss… but I was also trying to become stronger and faster.

I was trying to become a competitive athlete now though. I talked to my fairly new trainer/coach at the time about the fitness watch switch nonstop. I fixated and she reassured me that there was nothing to worry about. In fact, she said reminded me that I was an athlete now, that I was not trying to lose weight and that I had to fuel my body. 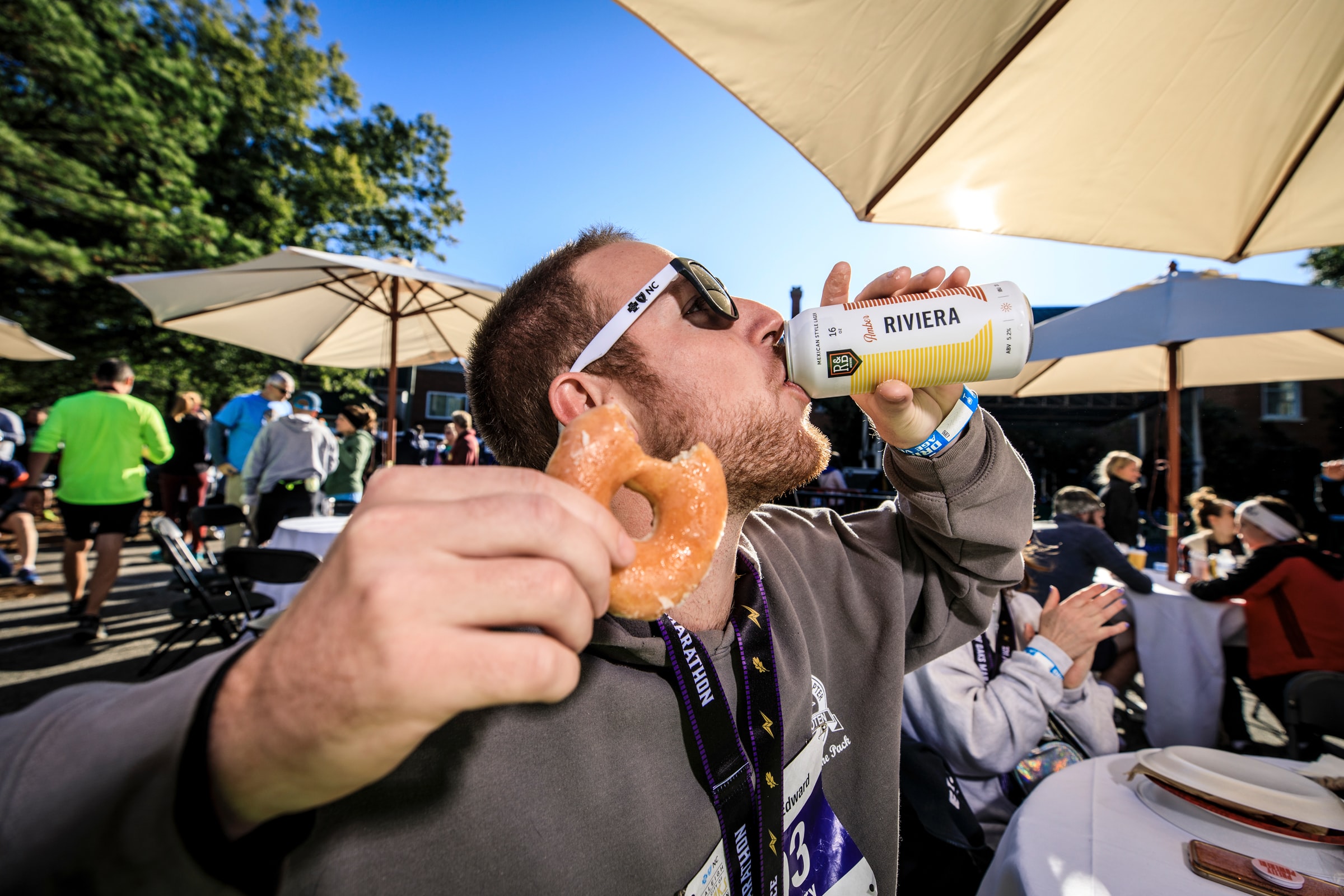 I heard her words but I’m not sure I completely understood what she was saying and I heard this time and time again for months. You have to fuel your body! But what does that mean? Does that mean to eat an extra helping of potatoes? Does that mean to only eat fruits and vegetables or chicken and rice?

I heard her words but it still seemed hard to understand. I started doing some research to figure out exactly what I needed to do to fuel my body. I remember being again terrified.

Eventually, I hit the point of having my first full season of being coached and it was time for an “off-season.” I was told to not work out as much, in fact, not to work out at all if I did not want to. I was terrified. I wasn’t counting calories anymore. I could not stand to think about what was going to happen to my body if I kept eating the same number of calories that I had been but I wasn’t burning as many.

My coach told me on the first day of the off-season, with so much seriousness and purpose … DO NOT count calories, DO NOT restrict yourself. She knew that it might be a struggle for me and as a high school and college athlete I’m sure she saw the struggles firsthand. 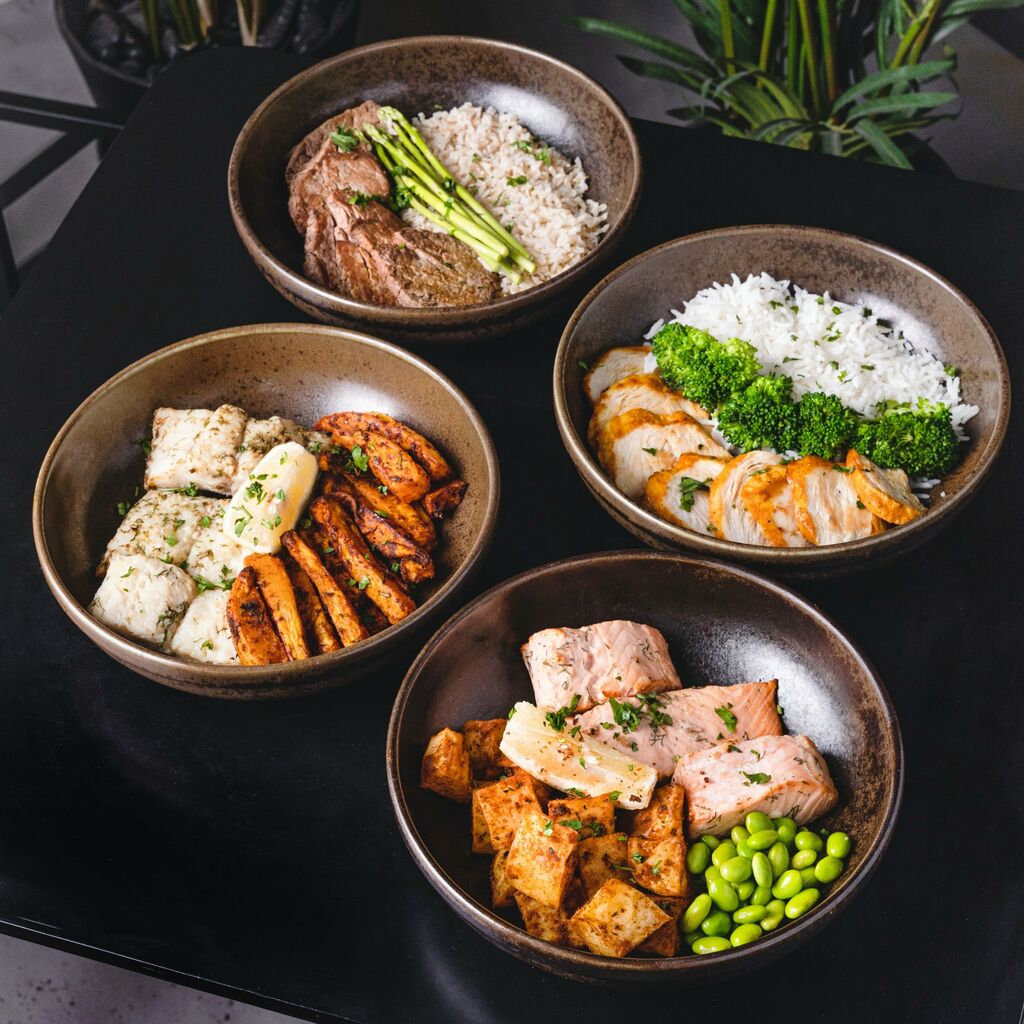 I’m 31 now and while I was overweight my whole life and then spent most of my 20s dieting. Now I feel like I am truly in a place where I can understand what it means to fuel my body.  My heart breaks hearing story after story about people who were low key (sometimes not so much) encouraged to under fuel their body to make it move faster.

It seems so backward and so many of them even knew it was wrong but they couldn’t help it, because everybody wants to be on top. To them, it likely seemed that in order to be on top that’s what they had to do. Having a coach has changed things for me, especially a coach who could recognize that I was struggling with some unhealthy eating behaviors as far as over restricting or using exercise to punish myself. 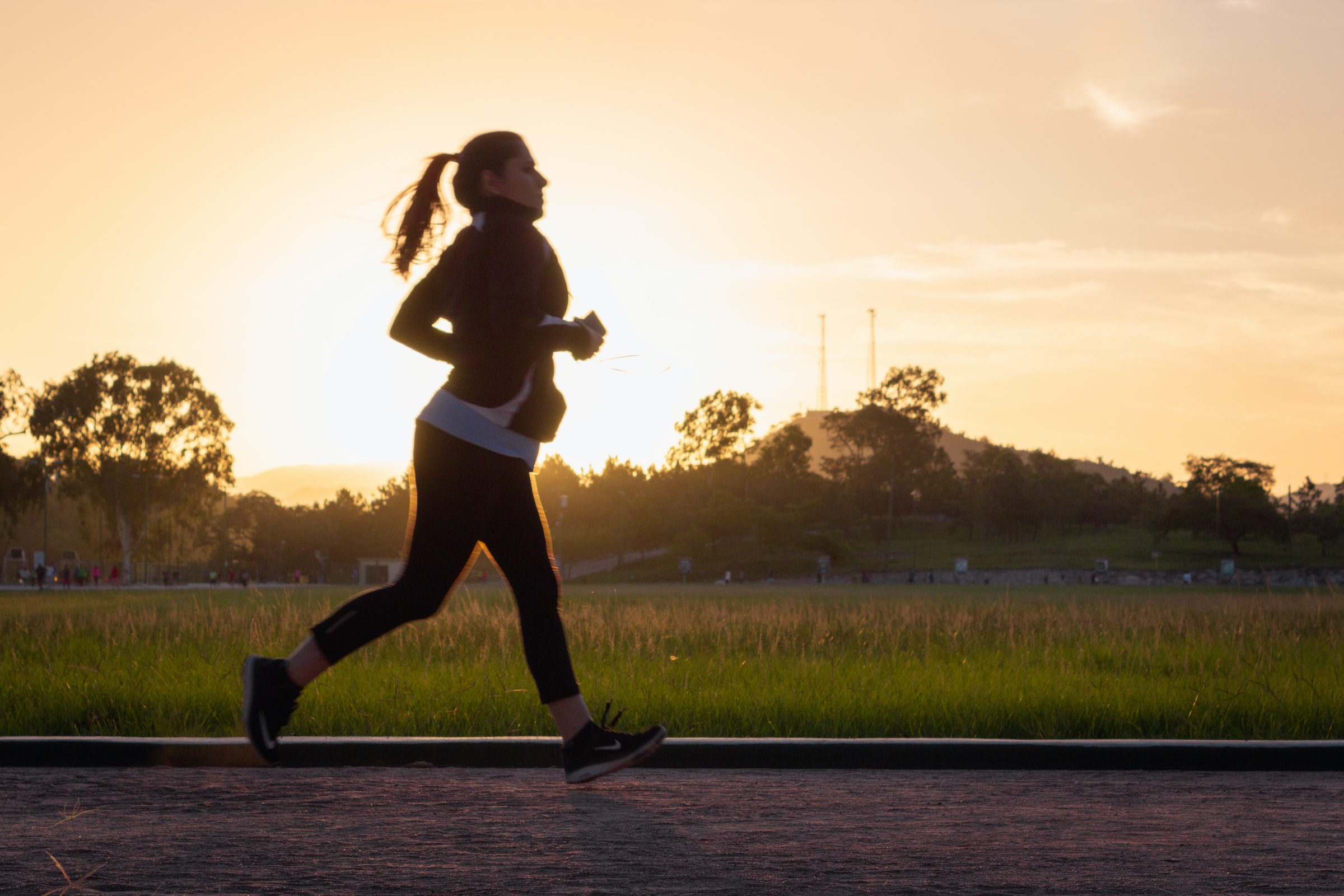 If I would have kept eating low-calorie that would not have been enough to fuel my endurance efforts. I do still struggle when I see the scale go up five or six pounds in the off-season, it still worries me that I’m letting myself spin out of control sometimes. When those worries pop up, I have to take a minute to reflect on whether or not I am having healthy weight gain or my eating behaviors are getting out of control and that is okay.

While I’ve been maintaining my 100-pound weight loss for almost four years, that does not mean that I always have the healthiest relationship with food. Sometimes I still withhold things from myself when I want them and it causes me to overindulge at later times. Sometimes I do want to lose 3 to 4 pounds because I just do not feel comfortable and that’s okay. 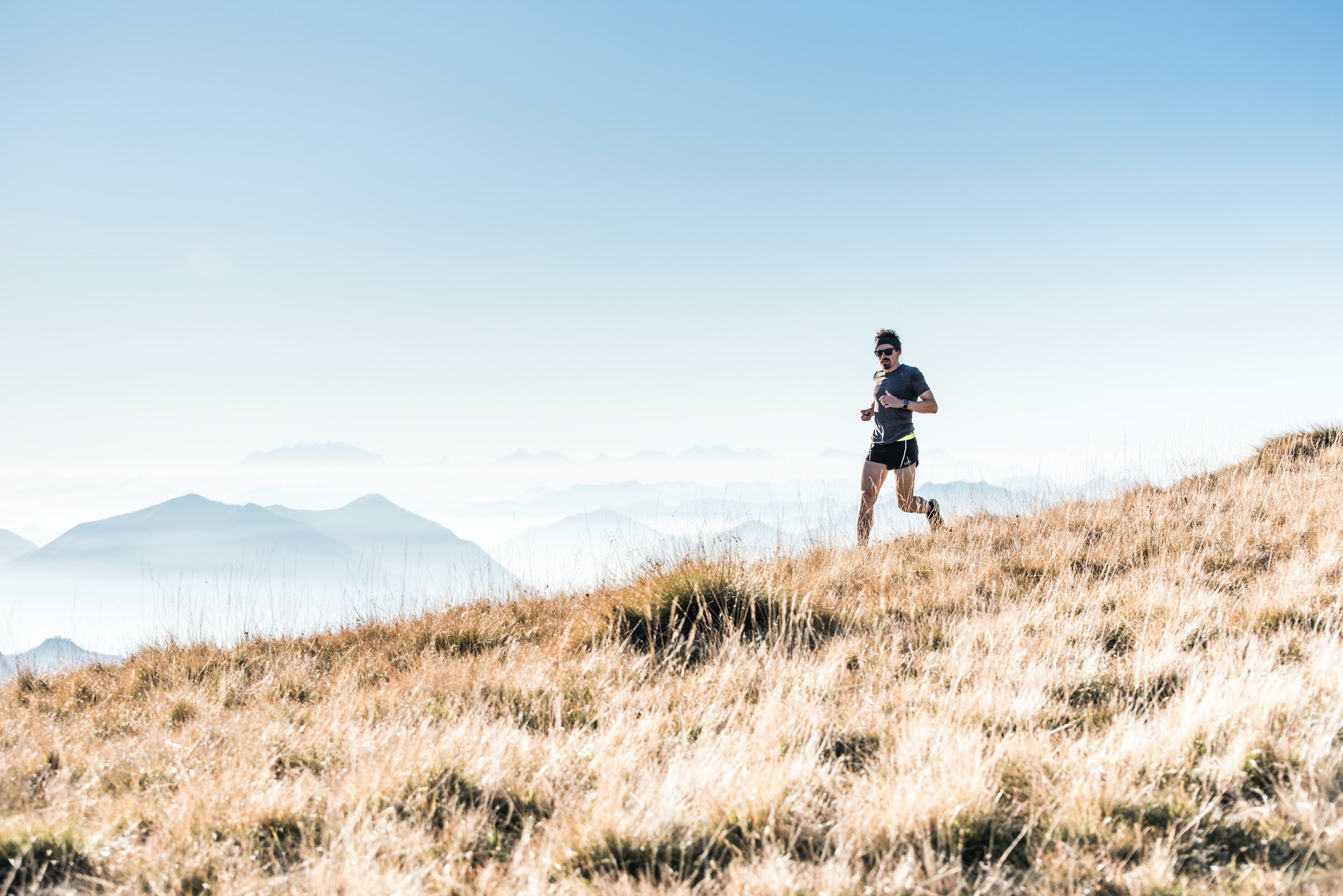 BUT I have to remember that I cannot let wanting to lose those three or four pounds interfere with wanting to run faster and farther and making sure I do what needs to be done for that to happen.

Honestly, finding a balance is hard. How much do I fuel myself in order to make sure I’m running fast and far but at the same time how do I keep my eating behaviors under control so that I don’t revert to the 100 pounds overweight human that I once was? I don’t think that I could end up there again because I am a much different person than I was then.

My sport means so much to me and honestly, I train so much that I would have to eat a whole lot of food to get back there. But I’m glad that I have a coach that made me aware of my struggles with food I was having and that has helped me to understand exactly how important fueling is.

I’m also glad to be a part of the OCR (obstacle course racing) and trail running community where people truly seem to understand the importance of fueling themselves. People who struggled with not doing so in the past are able to come and tell others about their struggles and support each other. 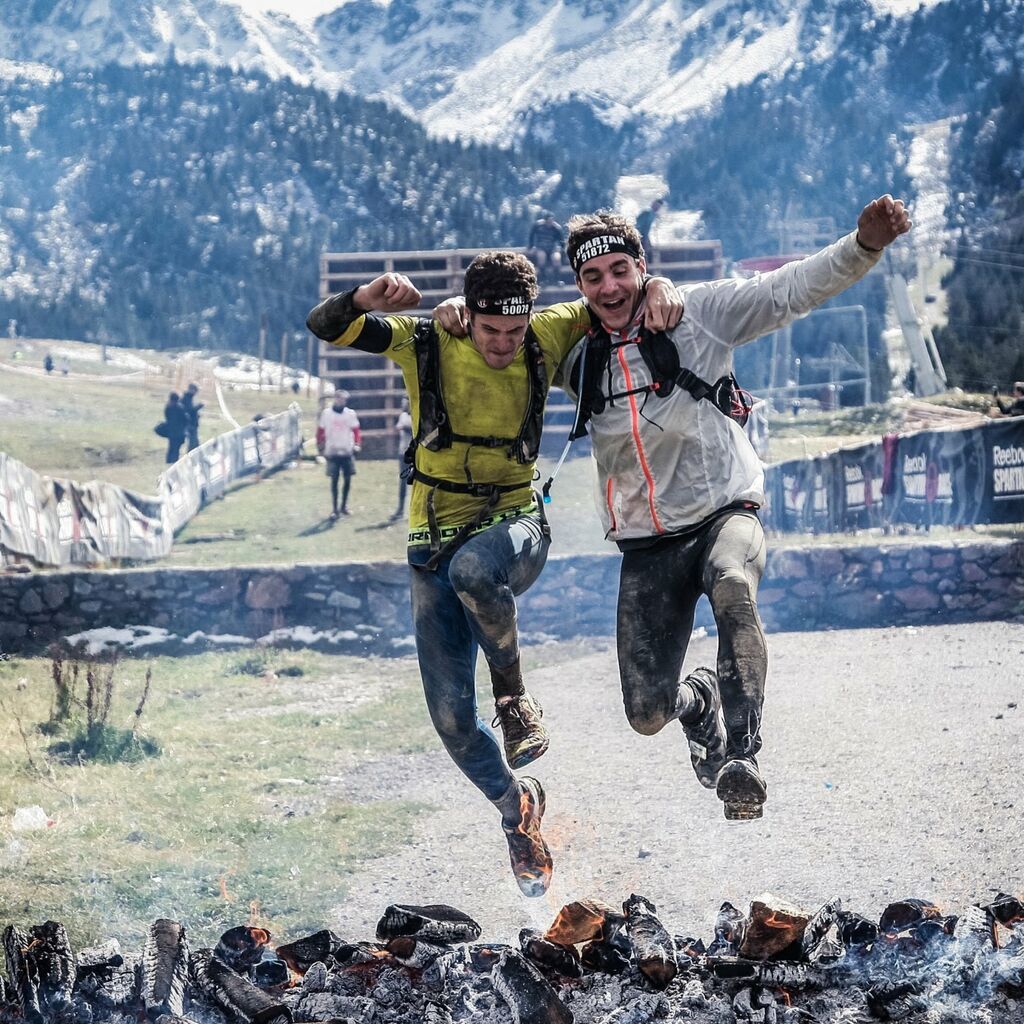 Do what needs to be done to be a healthy athlete. Read evidence-based research and books, talk to professionals, share your experiences. To have longevity in running, we must keep our bodies strong and there are so many moving parts to consider in order to do that! 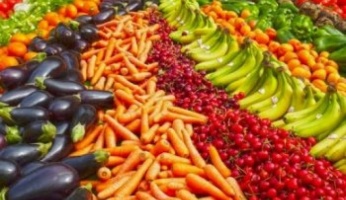 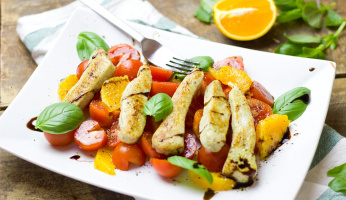 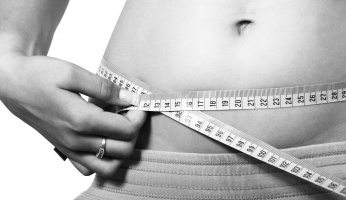 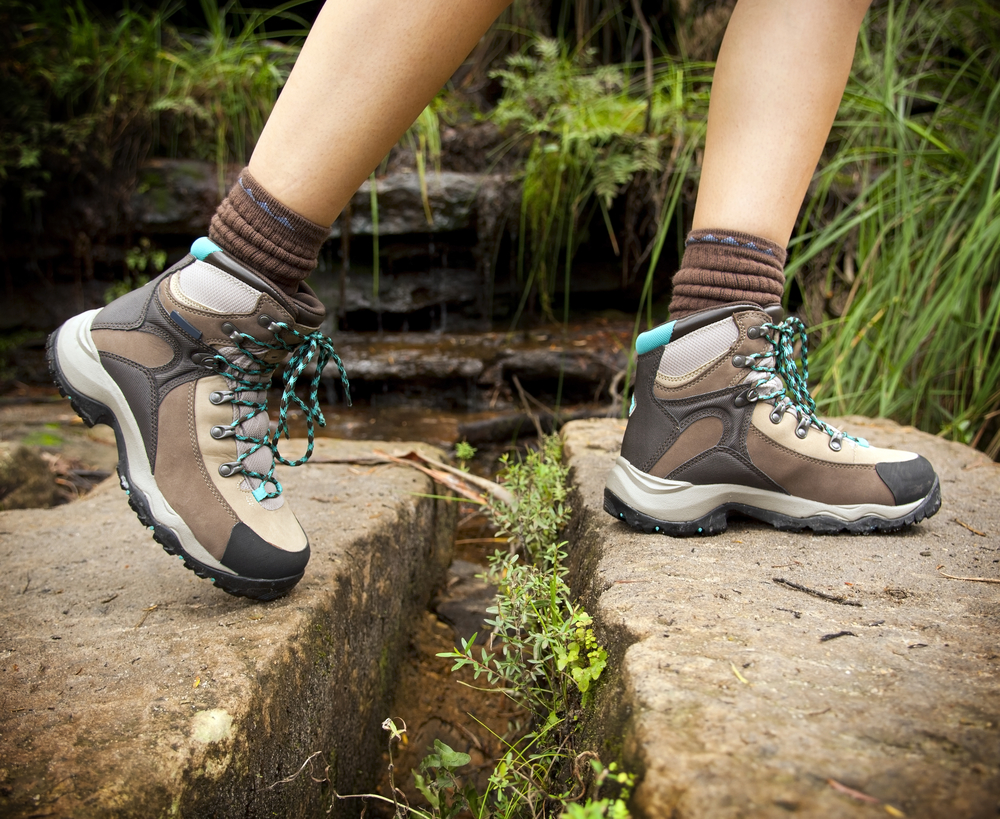 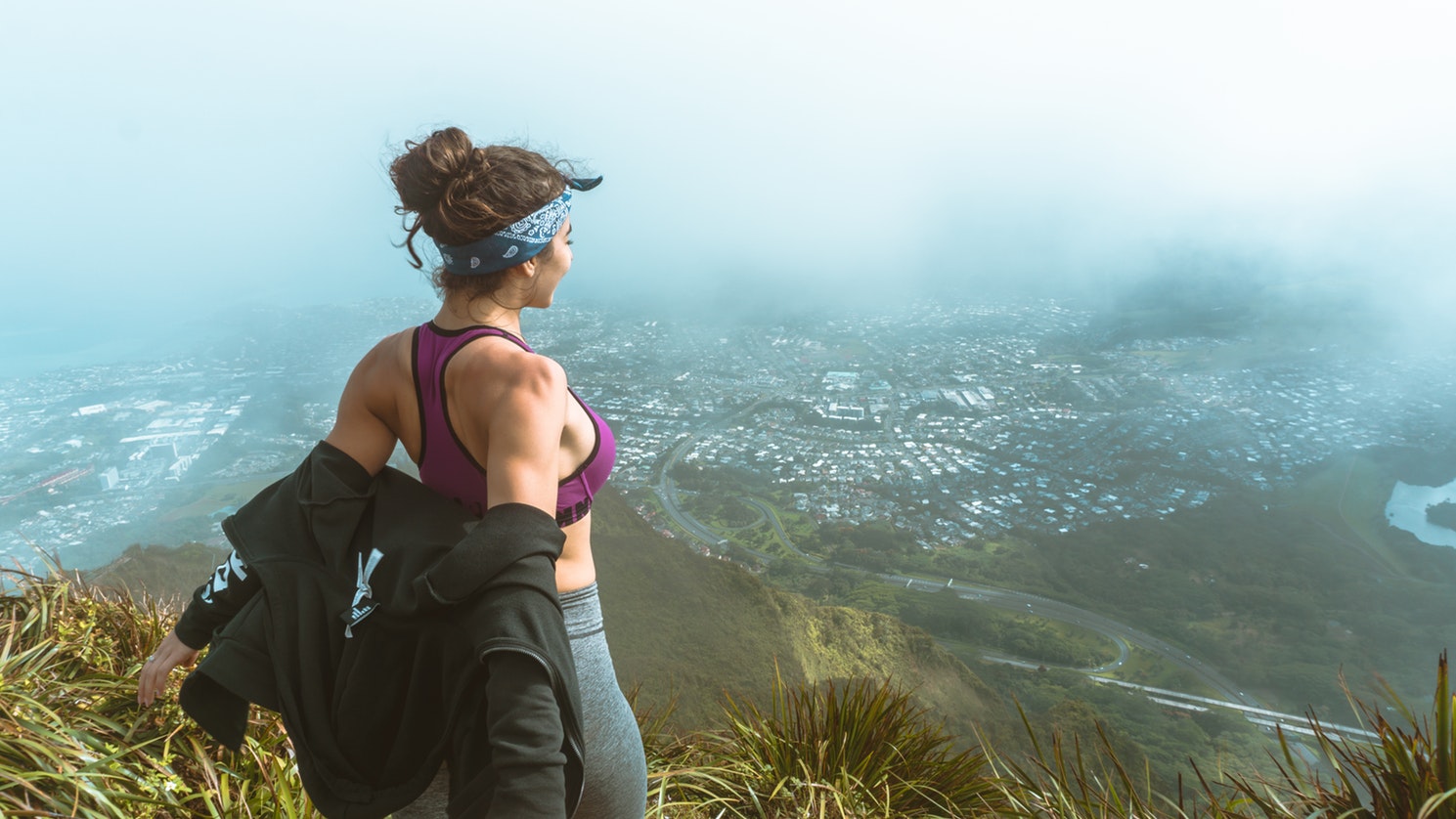 Best Remedies, Treatments and Supplements for Muscle Cramps and Muscle Pain
Most Read

We have all experience with at least one pair of shoes making a squeaking noise while walking in a quiet hallway, grocery...
14 Mar 2022
103348
Categories
Sign up