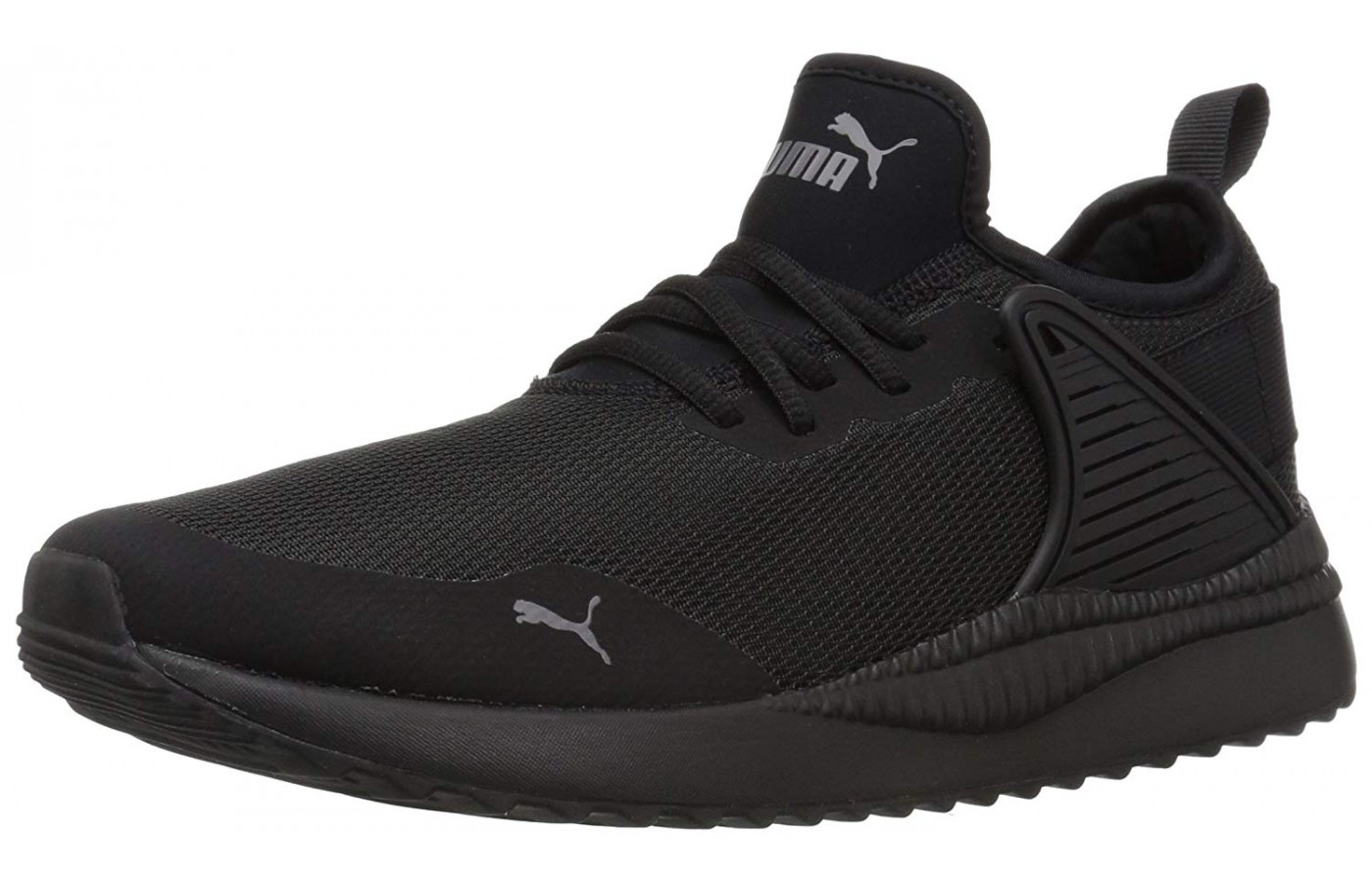 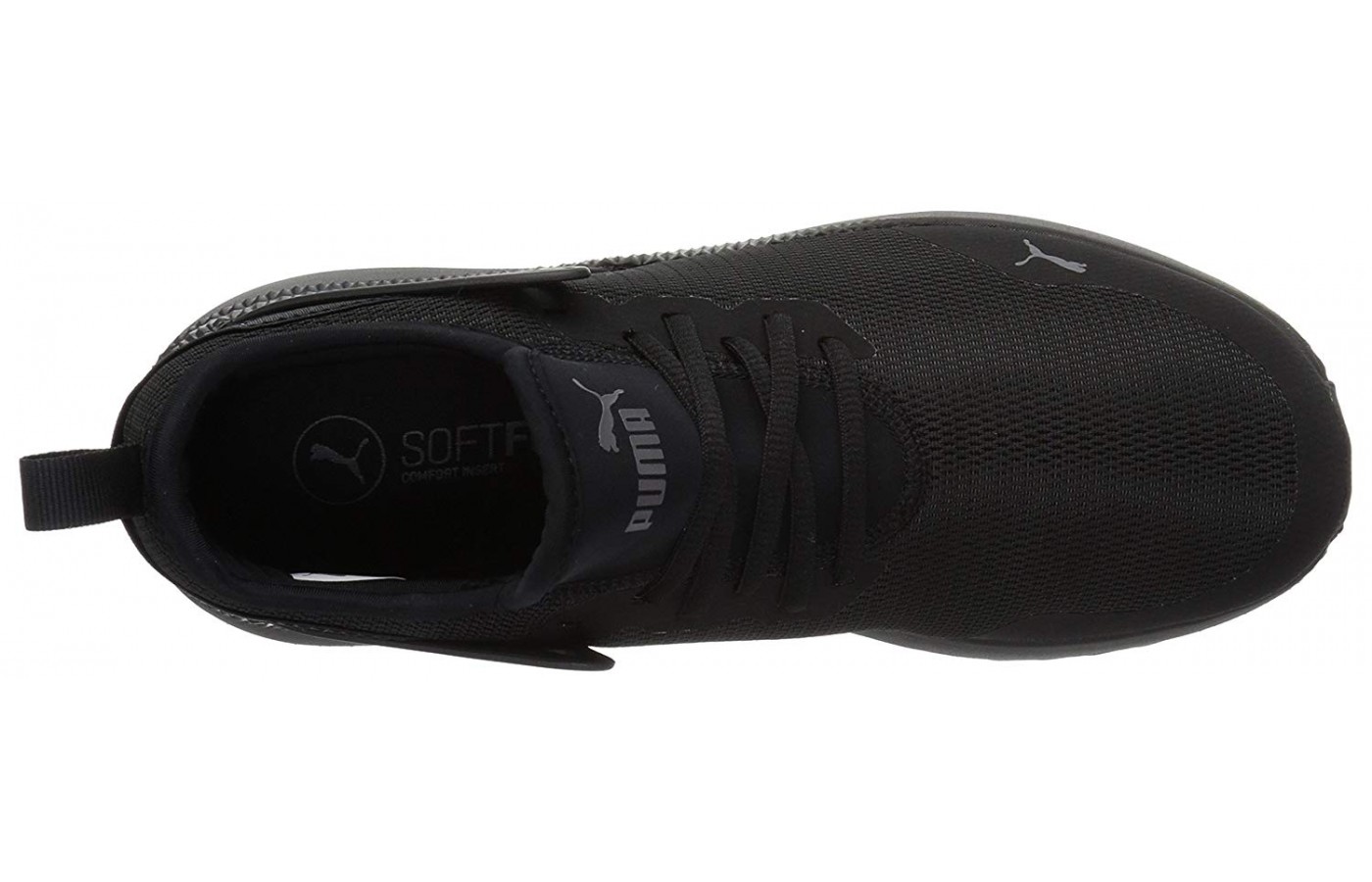 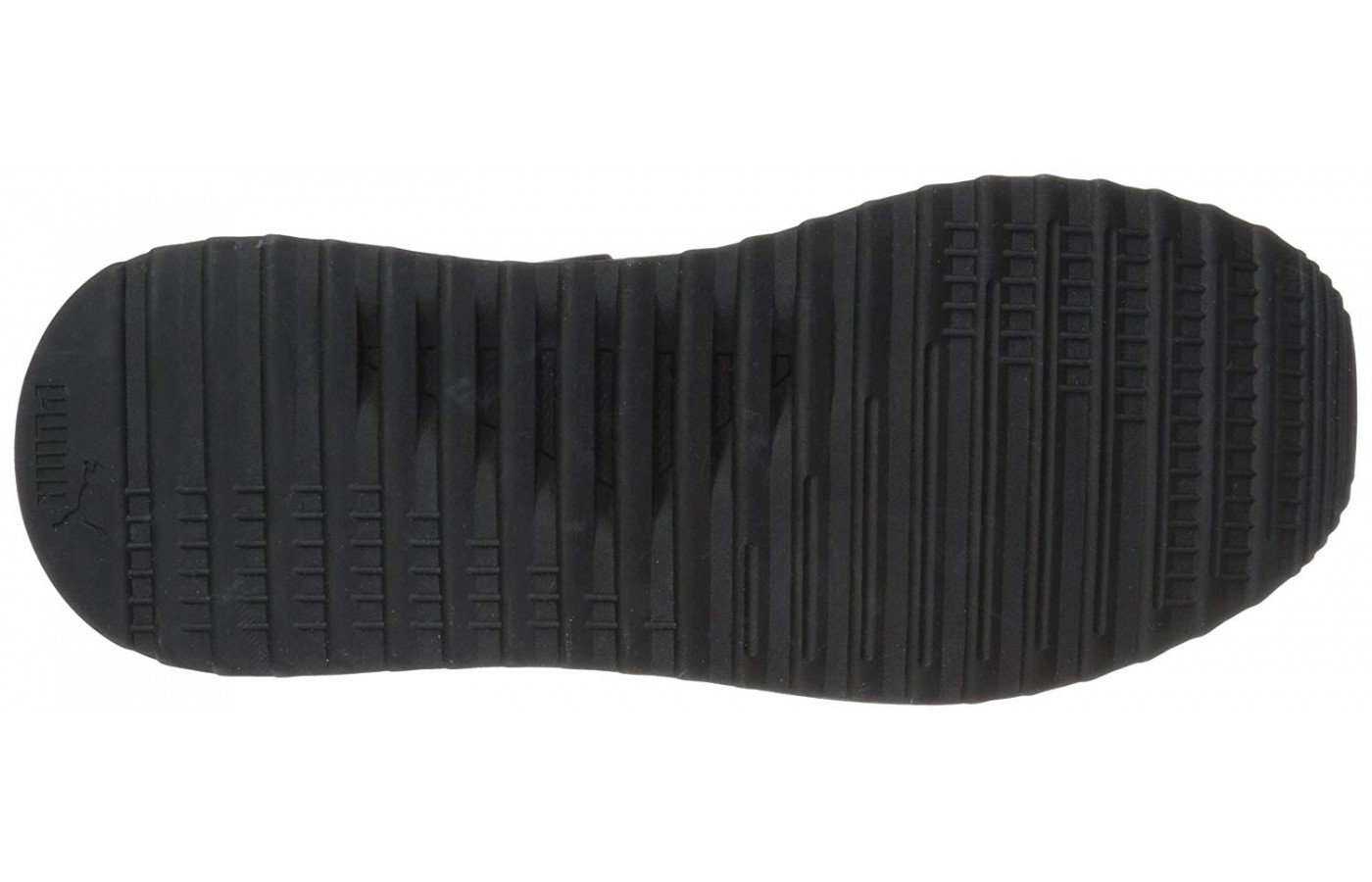 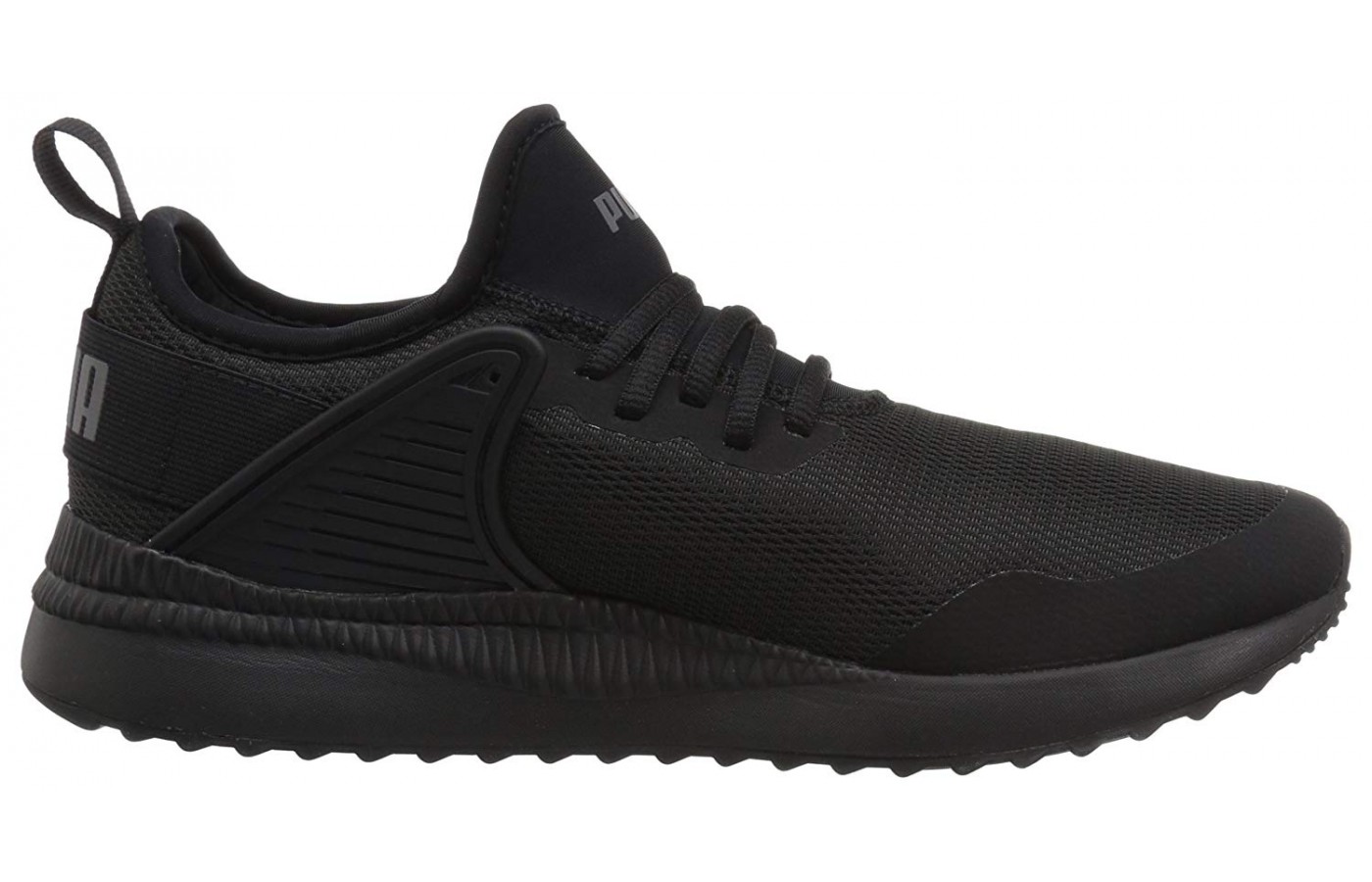 Puma’s origin story is one of the most fascinating stories ever told.

Founded in 1948 by two brothers, Puma was one of the small but very significant success stories for Germany after the WW2.

First named Gebrüder Dassler Schuhfabrik or Dassler Brothers Shoe Factory in English, it was brotherly labor of love at the very beginning. However, the relationship between the brothers deteriorated fairly quickly after the foundation, and they both agreed to go their separate ways that very same year of 1948.

So one of the brothers stick with Puma, and the other founded the rivaling company Adidas, and to this day both companies are based in Herzogenaurach, Germany. The legendary Puma animal and the name was introduced as a company’s logo in 1958, and the rest is history.

But today their latest model- the Puma Pacer Next Cage is up for a review and there’s a lot to be said and written about this shoe.

Runs a half size smaller

Say hello to one of the most beautiful and practical outsoles ever. The rugged rubber of the outsole is thick, which makes the Puma Pacer Next Cage shoes is perfect both for running and for everyday use. The grip and security that the outsole provides are unparalleled and you’ll be surprised how great that outsole feel with every step that you take. In some of the models, the outsole is separated with a different set of colors and patterns, adding to the nice look and feel of the entire shoe.

One of the key components of the midsole is the addition of Ethylene-vinyl acetate. A very soft type of plastic, but similar to the feel of rubber when you touch it. It’s squishy and bouncy and it gives the midsole a very lightweight performance. Oh, and the addition of the Ethylene-vinyl acetate also helps with the superior energy returns for the runner’s foot and offers plenty of comfort. Because when you’re on your feet for a long period of time or when you’re running with Puma Pacer Next Cage shoes, you’ll definitely energy returns. The padded footbed in almost every sneaker is God-sent, but when that padding is done with Ethylene-vinyl acetate, the feeling is almost heavenly. The very beautiful and contemporary midsole design delivers a very soft premium cushioning, and you’ll be very impressed with both. The design and the softness of that cushioning.

If you thought that the practicality and comfort can be found just in the midsole of the Puma Pacer Next Cage shoes, think again. The upper of the sneaker is a two-tone knitted upper with a mesh construction. That feeling of lightweight comfort and stability will never leave you when you’re wearing these shoes, and there are some great cool features in the upper too. You know, besides that gorgeous knitted mesh and fabric lining in the inside of the upper.

The entire upper of the Pacer Next Cage shoes gives them a sock-like feel, and it’s precisely that soft material in the upper that makes them very easy to put on and pull out of the foot. They’re perfect for every active person on the go, that doesn’t like to waste precious moments in adjusting the sneakers to fit better. The Pacer Next Cage shoes do that with the very practical design and modern features, and wearing them feels effortless. The shoelaces are designed with the classic lace-up closure, and there’s very clever and very practical thermoplastic polyurethane caging on the upper that just amps the secure fit and the grip of the entire shoe.

The thermoplastic polyurethane used in the caging is durable will secure your feet in the best way possible. Without being restrictive and without suffocating the foot inside the shoe. The shaft of the sneaker measures approximately low-top from the arch, and last but certainly not least, the tongue of the Puma Pacer Next Cage shoes are padded for that extra comfort from the upper part. You’ll notice the padding immediately after you put on the shoes, but the real feel comes later when your feet are tired and swollen from the running. The gorgeous Puma logo can be seen on the tongue of the shoes, and it’s imprinted on the sides too. Just to remind you that it’s Puma that you’re actually wearing on your feet.

When it comes to support the Puma Pacer Next Cage shoes doesn’t play well with half-measures. No, Puma goes big or goes home. The comfort is one of the key aspects that was put much effort and attention when this particular shoe was created. The comfort comes from almost every inch of the shoe, but mostly from the fantastic EVA midsole, the mesh upper and the light rubbery outsole that just makes you feel like you’re walking on clouds. The comfort is non-negotiable and puma has understood that form the very beginning. You can say goodbye to the blistering or to any other injury-related incidents when you’re walking in the Puma Pacer Next Cage shoes. Your feet will be grateful for choosing them.

Just like in the comfort part of the review, the stability comes from all sides and every inch of the Puma Pacer Next Cage shoes are supported by some great material of fantastic technology. The rubber outsole keeps provides a great ground contact with the sneaker and fantastic grip that just starts the stability portion of the shoe. The ethylene-vinyl acetate midsole hugs the arches and secures them within the sneaker and at the very end of the support is the amazing feel of the thermoplastic polyurethane caging. The three components that work together to create one fantastic shoe.

The durability of the Puma Pacer Next Cage shoes can be seen and felt through the bottom of the shoe onwards. The rubber outsole is very durable and made to last, and although the knitted upper seems fragile, it’s in fact made from one of the most quality structured materials, perfect for creating one of the great running shoes in existence.

Yes, flexibility is important for every shoe on this planet, but if a running shoe doesn’t have that dose of flexibility, it’s good for nothing really. Not only the lack of flexibility will make your feet swollen, they’ll become filled with blisters, and you’ll never want to wear the shoes ever again. The Puma Pacer Next Cage shoes don’t have that problem, and in fact, you’ll be reaching for the sneakers in almost every occasion, not just for your morning walk. The rubber outsole, although very chunky is in fact very flexible, and most of the flexibility is provided by the mesh upper. It’s light, airy and very flexible, and your feet will feel that flexibility after the first mile. Because of the flexibility of the material, they’ll be able to move and breathe much easier, while in the shoe, and there will be no irritation of blistering while you’re wearing the Puma Pacer Next Cage shoes.

Oh that fantastic rubber outsole. It’s beautiful, isn’t it? Seriously, although it may seem insignificant and just there, it provides most of the stability in the Puma Pacer Next Cage shoes. It’s the first of the entire shoe that has the first ground contact, and frankly the best grip. You’ll be able to feel the stability of the Puma Pacer Next Cage shoes even in your laidback power-walking with your friends, and not just in your grueling physical activities like running down the treadmill.

There’s no need for fancy mesh cutout parts in the Puma Pacer Next Cage shoes because the entire upper is one big mesh. The mesh upper that covers the entire body of the upper promotes the airflow, and because it comes from every part of the shoe, it’s much greater than with the regular shoes. And frankly is a much-needed addition, because the running shoes tend to sweat the shoes a lot more and much faster than the regular shoes, so the airflow needs to be much bigger. The filtration is on a higher level in the Puma Pacer Next Cage shoes, and that also promotes the moisture wicking properties too. Running shoes like Puma Pacer Next Cage shoes are designed to be worn outside, and by wearing them out on the open, you risk running in a different type of moisture inducing conditions. So, one can never be too careful.

You’ll fall in love with the Puma Pacer Next Cage shoes’ ability to cross any terrain and still to feel like you’re walking on air. The cushioned EVA midsole balances the foot within the shoe while the shoe is on rough terrain, and the rubber that coats the entire outsole provides the full ground contact and fantastic grip on every type of terrain.

The rugged rubber of the outsole is also responsible for the traction. Puma Pacer Next Cage shoes have great traction against any type of terrain, and you won’t be surprised by anything while you have them on your feet. No puddle of mud or spilled water on the marble flooring will surprise you or make you slip and fall. The Puma Pacer Next Cage shoes will keep you secured.

Class and elegance are essential in the Puma designs, but they’re most prominent in their Puma Pacer Next Cage shoes. For real. The two-tone color palette in the knitted upper looks effortlessly chic against the sleek design and very balanced thickness of the outsole. The Puma Pacer Next Cage shoes are a progressive running shoe made from progressive urban runners. Whether you’ll be running a city marathon, or a forty minutes long cardio session at your local gym, Puma wants to make sure you’re stylish from the start to the finish. And the style and modern technology have never looked better than in the Puma Pacer Next Cage shoes. The EVA used in the midsole ads comforts while the gorgeous mesh upper provides the style. A perfect balance fit for a perfect running shoe.

The general consensus is that they’re very comfortable, stylish and will look good on just about anybody. In fact, some of the comments suggested that they’ve been faithful to the Puma athletic shoes since the ’60s and they keep getting back for more and more of that comfort, fit and balance that the Puma shoes are known to give. Puma has kept that level of quality through the ears, and with much progressive technology and sleeker more polished design the company has created Puma Pacer Next Cage shoes. Shoes designed for running, but in fact made just to be enjoyed in every occasion, and on any type of terrain. You’d be pleasantly surprised and you’d be buying more of them, that’s for sure.

That being said, the sneakers do lack a variety of materials. It would be nice is feather was one of the options for some of the models, or if some of the models did have a tongue that would make comfort and stability even greater. The no tongue is an interesting novelty, but some of the customers have a hard time embracing that novelty. Reforms are always needed in every type of business, and they tend to be more appealing with the younger generations, but some of the older customers may feel a bit lost in the new additions. 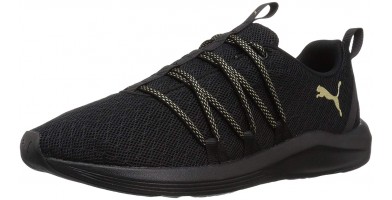 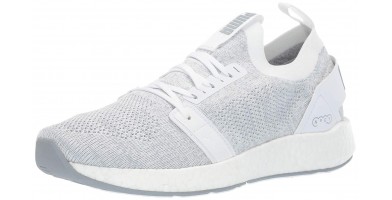 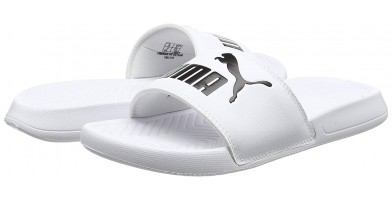