Designer Fashion: Is It Worth the Price Tag? 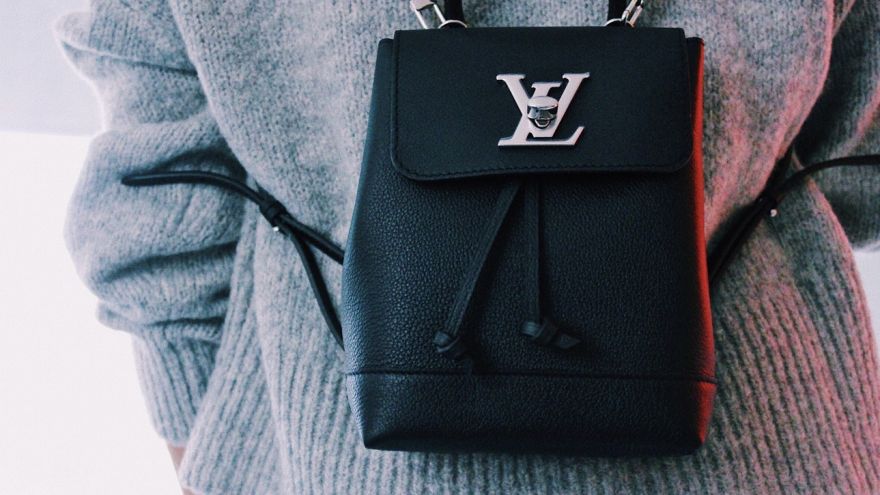 Designer Fashion: Is It Worth the Price Tag? www.walkjogrun.net

When is the last time you walked into a store and saw a gorgeous top delicately hanging from a rack? You confidently walk over, gush over how adorable it is, and then do the casual price check, only to feel your palms quickly start to sweat, as the price is far over your budget. You feel the store clerks eyes on you, and all you want to do is get out of the store, without feeling like you’ve done something wrong. Is it just me or do other people get that awful feeling when leaving a store without making a purchase?

For that reason alone, most of us avoid designer stores altogether. The last time I made a larger designer purchase, I made it online, because I felt too intimidated and uncomfortable to walk into Louis Vuitton and interact with the sales people working off commission. What was I supposed to wear when I went in there? Would they think I couldn’t afford anything, and simply not pay me any attention? Was I going to have a Pretty Woman moment? There were way too many what ifs, all over the fact this was a “designer store.”

When you think designer fashion, what comes to mind? For some, its places like Rodeo Drive, but realistically how many people are able to actually toss the keys to their Rolls Royce at the valet driver and stroll into store after store for a mid-day shopping spree. To some, a luxury lifestyle doesn’t even sound appealing. To others, it is all they dream about, and there is nothing wrong with wanting that. They say “dress for the job you want” but why not for the life you want? I can speak from experience when I say I feel 10x more confident walking into a store, job interview or gathering wearing designer clothing, or carrying a designer bag. It makes me feel established, stylish and empowered, even if I may not be any of those things. It’s all about faking it until you make it.

Lately, brands have been really big on only dropping a handful of new releases at a time, making their products almost unattainable, and in turn, making the everyday person want them even more. Yeezy was one of the first to make this a big thing; each time a new style was about to be released, so much hype would be surrounding the drop. Knowing that you are getting something exclusive makes it that much more expensive, and in the consumer’s eyes, worth the money. The more recent collab between Off-White and Nike has had people in a frenzy for quite some time now. Not only was there a lot of hype and excitement over this collab to begin with, but once Virgil Abloh became the director of Louis Vuitton Men’s people wanted his stuff even more.

When it comes to designer shoes, some of the most iconic brands like Christian Louboutin will even admit their pieces are meant for style and not comfort. So if you don’t think you will get a ton of use out of them, they may not be worth the money for you. Yes, beauty is pain, but I know the frustration of spending a pretty penny on some killer shoes you just HAD to have, only to find yourself never wearing them because the pain is just not worth it.

For a lot of shoppers, they simply want something very few have. I don’t know how many times I’ve been at a bar and seen a least two girls wearing the same thing, and they feel awkward for the rest of the evening, feeling as though they have no exclusive fashion sense. You want people to look at you and compliment your outfit, and sense of style, dying to know where you got everything from, not feel basic in the same sweater and coat every single girl has from Aritzia.

Consumers always equate cost to quality. Even if you think of something simple like the food you buy. More often than not you are going to buy the name brand pasta sauce over the no-name brand because you think the extra 4$ makes it a 100x better. However, if you were to be blindfolded and try both sauces, you probably would not be able to tell the difference. That isn’t to say that a lot of things aren’t higher priced because of their quality, but not everything slapped with a designer label automatically makes it worth the price tag. With certain things, I definitely think that they are worth the splurge.

Staple items have and always will be one of the few things I always urge people to invest in. Staples can mean anything from good quality basics, to high priced designer bags and shoes. A great pair of jeans, for instance, don’t necessarily need to be $1000 from Saint Laurent, because 1) No one will even know the difference, including you, and 2) I guarantee you they will not last any longer, or feel any different than a good $100-$300 pair. Some of my favorite “affordable” designer jeans include; Levis, FRAME, AGOLDE, and Topshop. I’ve had some of the same pairs for years and they still feel and fit great.

Regardless of logos, or designers brands, unless spending thousands of dollars on designer clothes is a drop in the bucket to you, you should really only ever feel the need to splurge on anything designer if the quality is really that much better, and you know it will last years. Over the years I’ve gotten really sick of buying clothes only to have them fall apart after a few washes. I finally did a big closet cleanout, and tossed/donated anything that was cheap, and low quality. I then made a list of staple basics that I needed maybe one or two of, such as t-shirts, turtlenecks, and jeans, and began the hunt to find top quality versions of those. The initial cost of restocking your wardrobe isn’t for the weak of heart, but long term it absolutely pays off.

It is important to always make sure to do your research before you decide to spend your hard earned cash on something designer. And try to determine what you will get the most use out of, therefore making it almost worth the splurge. You can absolutely never go wrong with a designer handbag. A high-quality purse from brands such as Louis Vuitton, Gucci and Chanel will last a lifetime. They will never go out of style, and their value never really depreciates, so long as you keep it in good condition. People often refer to their handbags as their “babies” and for good reason… some designer bags can cost the same as a used car.

Yves Saint Laurent once famously said, “Fashion fades, style is eternal.” Meaning just because you’re wearing something designer, doesn’t make it nice. Sure, it’s a flex, but you can look just as bad in Fendi or Gucci as you can in Forever 21, just for a lot more money. I hate to break it to you but wearing a Versace tracksuit doesn’t look good on you or anybody, I don’t care how much you spent on it.

Try establishing your own style first; what you feel comfortable in, what fits you in all of the right places, and what makes you feel confident. Then start to incorporate designer pieces, one at a time. Nothing dresses up your old go-to LBD like a killer pair of Louboutins, trust me. Style is just another way to express yourself, albeit an expensive way if you like designer.

To Die For Winter Boots That Will Keep You Warm All Winter Feb 02, 2019

It would be hard to imagine anyone putting up with squeaky shoes for too long. You might try ignoring it, hoping it would...
19 Apr 2018
70747
Categories
Sign up