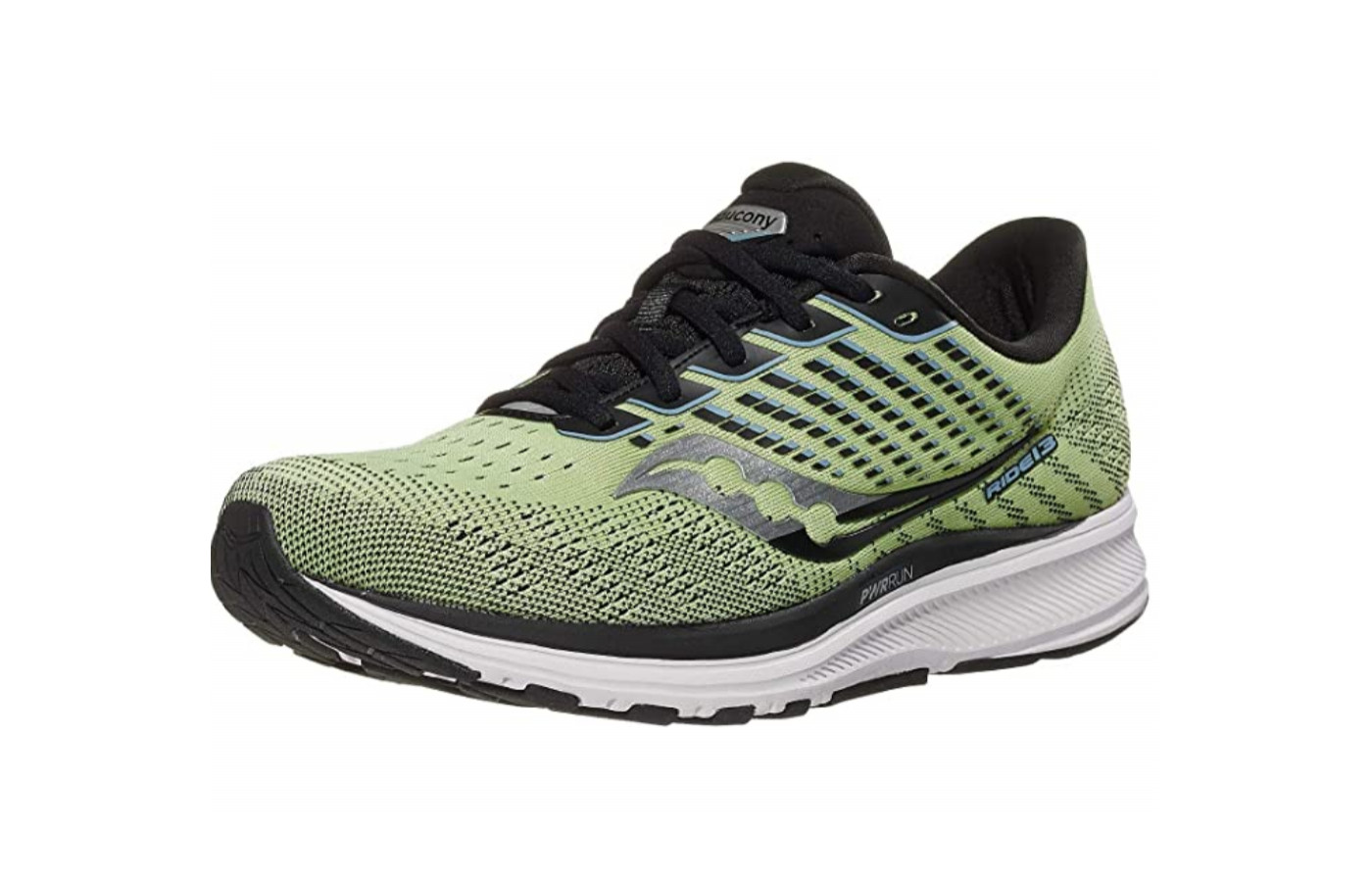 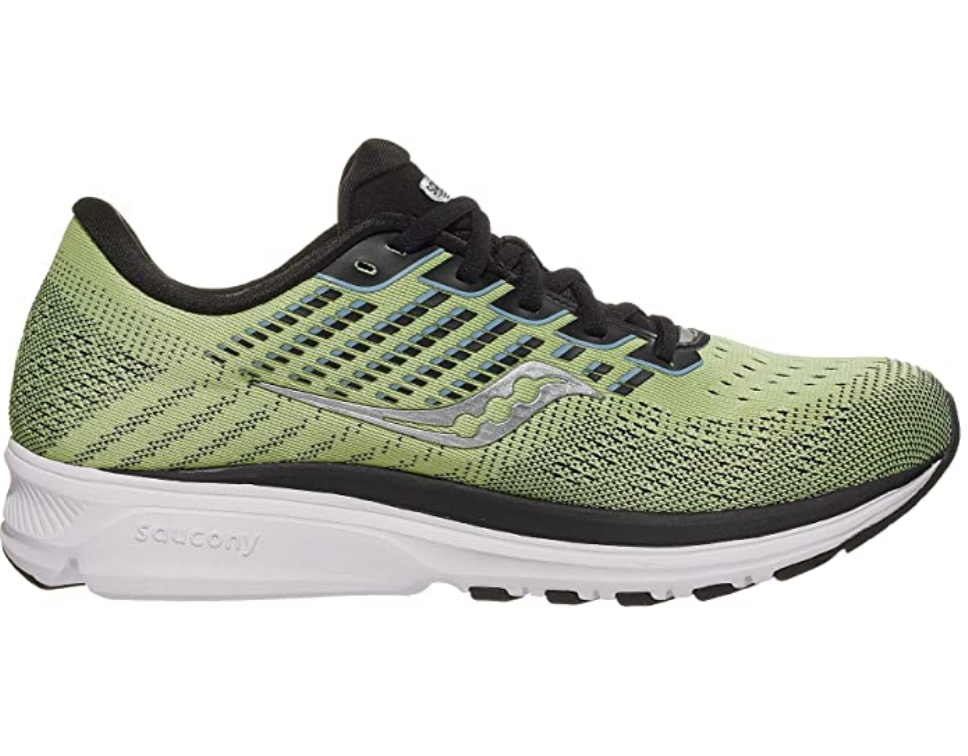 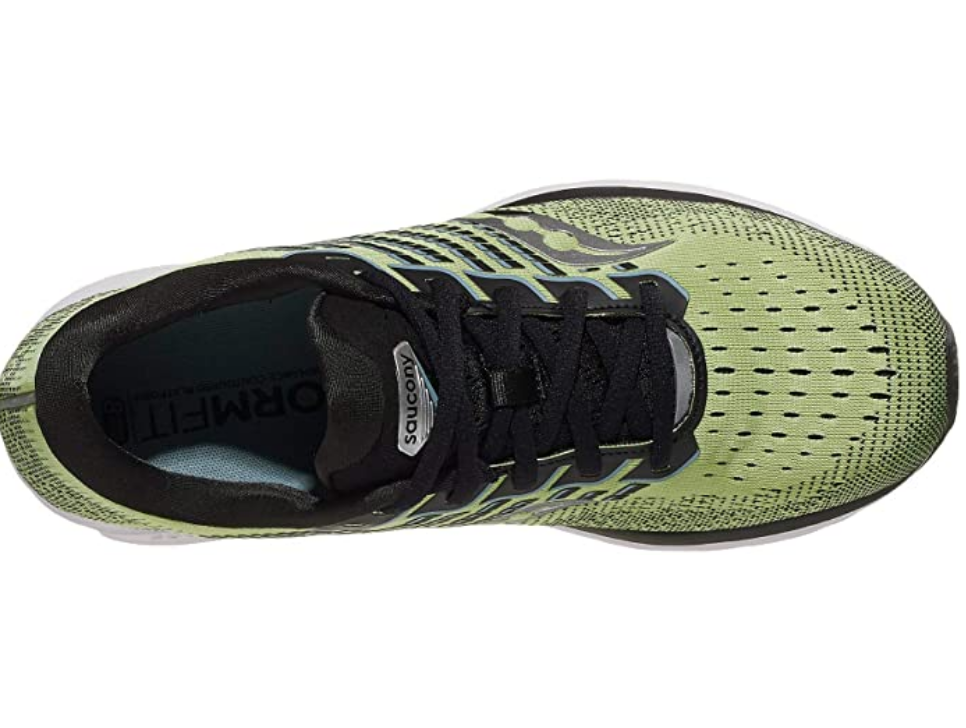 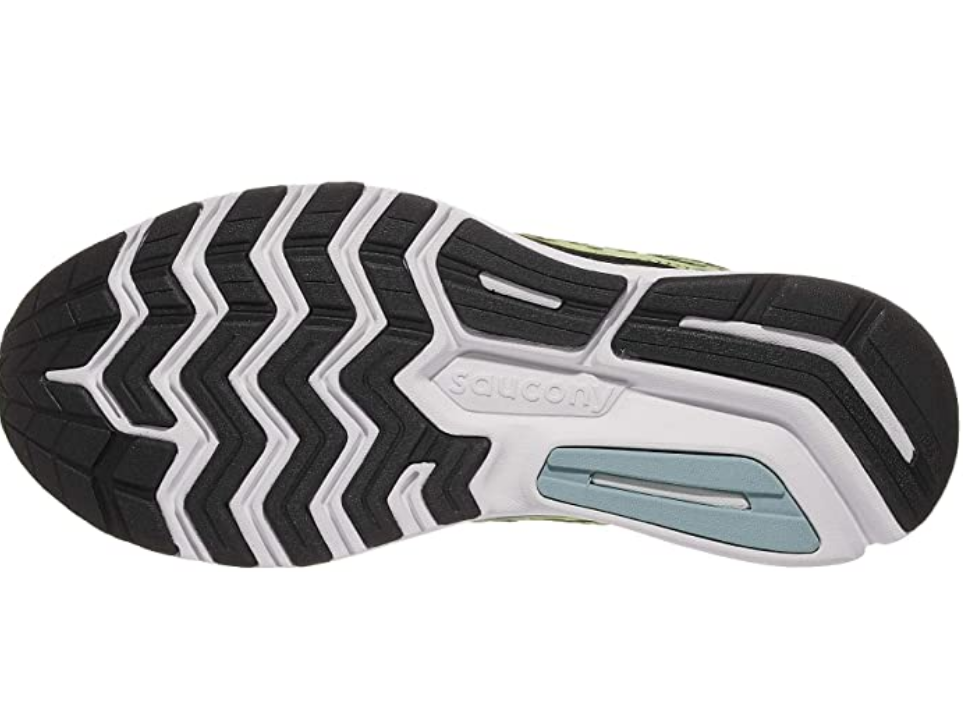 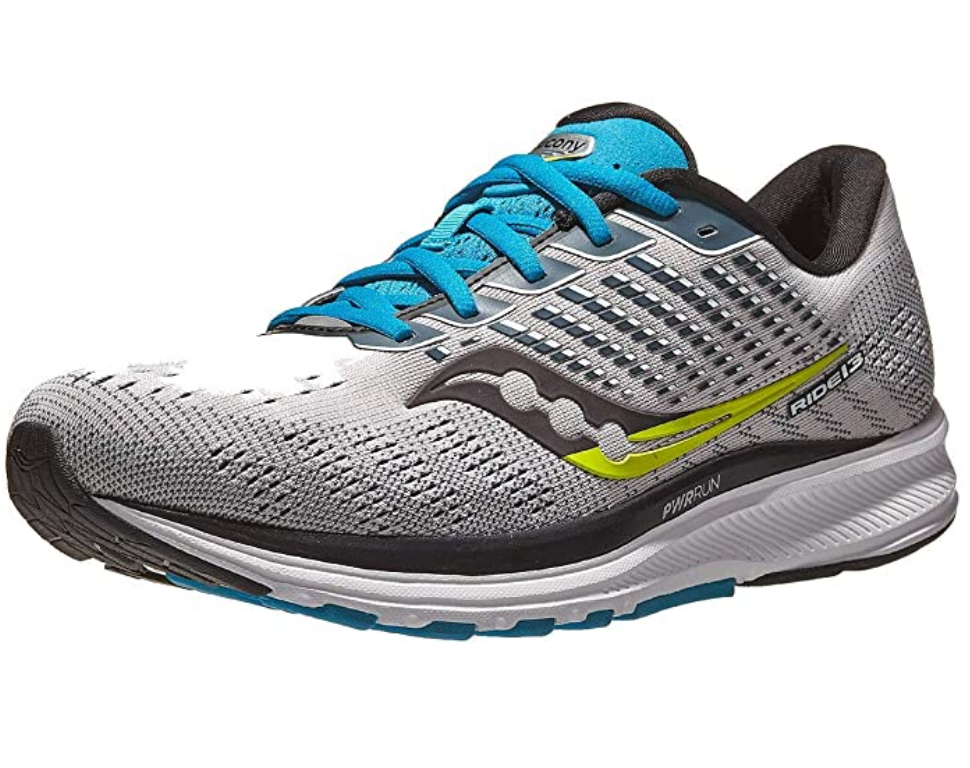 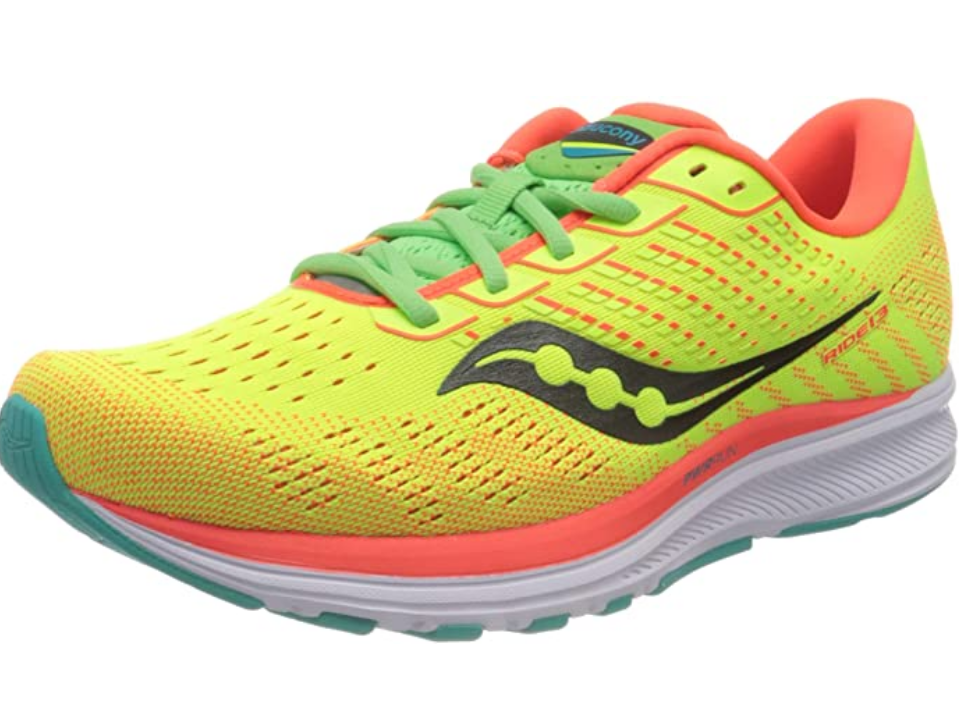 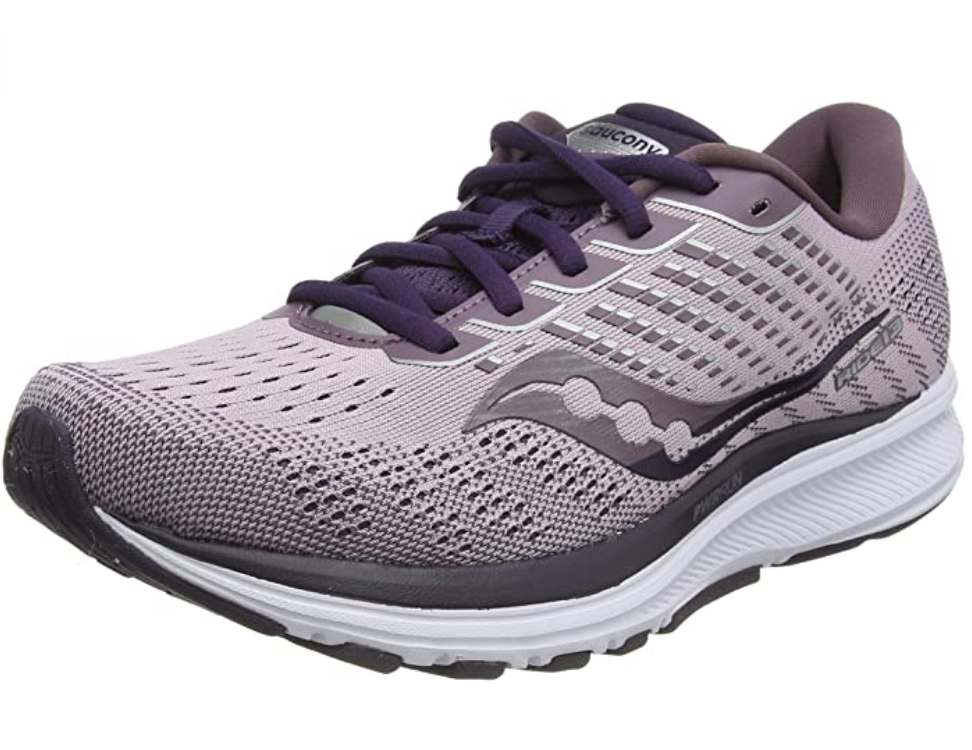 By Lizzie
Editor’s Conclusion
The Saucony Ride 13 is one of the brand's newest models. Designed for neutral runners who love hitting the road, this lightweight shoe has plenty to offer.

Featuring new PWRRUN cushioning, an updated upper, and more, I think the designers at Saucony have done a brilliant job in creating this high-performing trainer. New and existing fans of the Saucony can also look forward to experiencing the brand's latest signature neutral running shoe.

Shoelaces lack stretchiness after a while

What new surprises can we expect from the Saucony Ride 13? One of the newest additions is the PWRRUN cushioning. This choice of cushioning provides just the right amount of softness underfoot while being extremely responsive. I noticed that the PWRRUN cushioning gave me a spring in my step. The cushioning worked well in protecting against impact, particularly when running at faster speeds and it gave a good amount of energy in return.

The shoe FORMFIT technology made these running shoes one of the comfiest trainers I have worn in a while. Providing 360 degrees of pure bliss, the Ride 13 was extremely comfy. Featuring an engineered mesh upper and 3D printed overlays, the shoes upper made my feet feel well supported and breathable. However, at times, my feet did feel a little warm.

On a positive note, I did notice that the combination of the engineered mesh material and overlays, made the shoes upper accommodating with varying shapes and sizes of feet.

One of the first big changes that I noticed was the removal of the ISOFIT lacing system from the shoe's upper, featured originally in Ride ISO 2. Instead, the Saucony Ride 13 running shoe took a simpler approach by including a FORMFIT engineered mesh upper with a traditional lacing system. These two features have made the shoe's upper slimmer and more fitted.

This snug fit gives the foot a great level of stability, keeping the midfoot firmly in place. The snug fit is also down to the shoe's traditional lacing system. The laces are noticeably flat and stretchy and come in two sets, giving you a bit of choice.

The FORMFIT technology is also positioned along with the insole. This is used to follow the natural curve of the foot, supporting the full length of the foot. The combination of a close-fitted upper and a shaped sole provides a super comfy feel. It also achieves a natural rolling action of the foot, from landing to the toe-off.

Another feature you can look forward to experiencing is a durable outsole. The outsole has carbon rubber around the toe and heel. It also has a high cushioned blown rubber around the midsection of the sole. The shoe, therefore, has a blend of carbon rubber and blown rubber. The outsole also includes a TRIFLEX design that improves the flexibility of the shoe and gives it more traction.

When it comes to performance, the Saucony Ride 13 is a reliable everyday running shoe, made for neutral runners. The trainer has been designed to perform well along the road and track and is suitable for daily runs, fast runs and as a long distance running shoe. It weighs approximately 9.7oz and has an 8mm heel drop.

Trying on the Saucony Ride 13 running shoe, it had a noticeably slimmer fit, which may not be suitable for some runners. Even though it was narrower along the midfoot, the shoe did however have a generously sized toe box, allowing me to spread my feet. The trainers cradled my feet so my heel and midfoot were locked in nicely, making my foot feel extremely secure and stable when running.

I noticed that the trainers had a good level of shock absorption and gave me a fantastic spring in my step when on the move. The shoes were true to size, with no break-in period required.

There are further benefits to owning a pair of the Saucony Ride 13. As previously mentioned, the trainers come with two sets of laces, one shorter and one longer. The tubular laces also come in two different colors, giving you some color choice.

The shoe offers a fantastic level of traction which is particularly useful when running along road and track terrains. The Ride 13 includes reflective elements, giving you better visibility when running at night or early hours of the morning.

There are a couple of potential drawbacks. When it came to the shoe’s breathability, the material used did lack breathability at times.

Also, even though the shoe's laces were stretchy to start with, they did lack some stretch and flexibility after a while.

When comparing the newest Saucony Ride 13 to its predecessor, the Rider ISO 2, there have been some noticeable changes.

The first and probably most noticeable change is the removal of the ISOFIT lacing system and the introduction of the classic traditional lacing system. The Rider ISO 2 lacing system was based on straps that were connected to the laces, whereas the new Rider 13 didn’t have this design element.


The new Saucony Ride 13 also brought with it an improved upper, better foot lock, and a slimmer fit. The Ride 13 running was also lighter in comparison to the Rider ISO 2.

The Ride 13 has a softer and more responsive ride and comes with 2 sets of laces rather than just one.

The new Saucony Ride 13 has undergone some big changes, in particular, the inclusion of its PWRRUN cushioning and an updated upper.

The shoe also includes FORMFIT technology and a traditional lacing system that provides plenty of support when you are on the move.

If you are a neutral runner that wants an everyday running shoe that you can wear for daily runs, this is a great option.

Known for its cushioning, support, durable outsole, and extremely comfortable fit, I found little to dislike with the Saucony Ride 13. 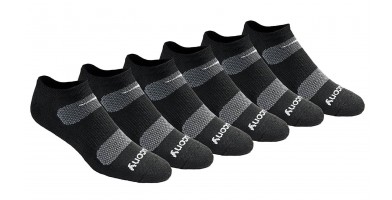 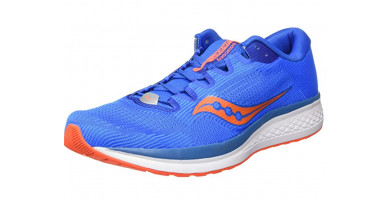 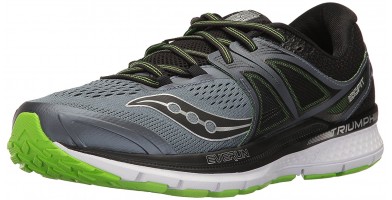