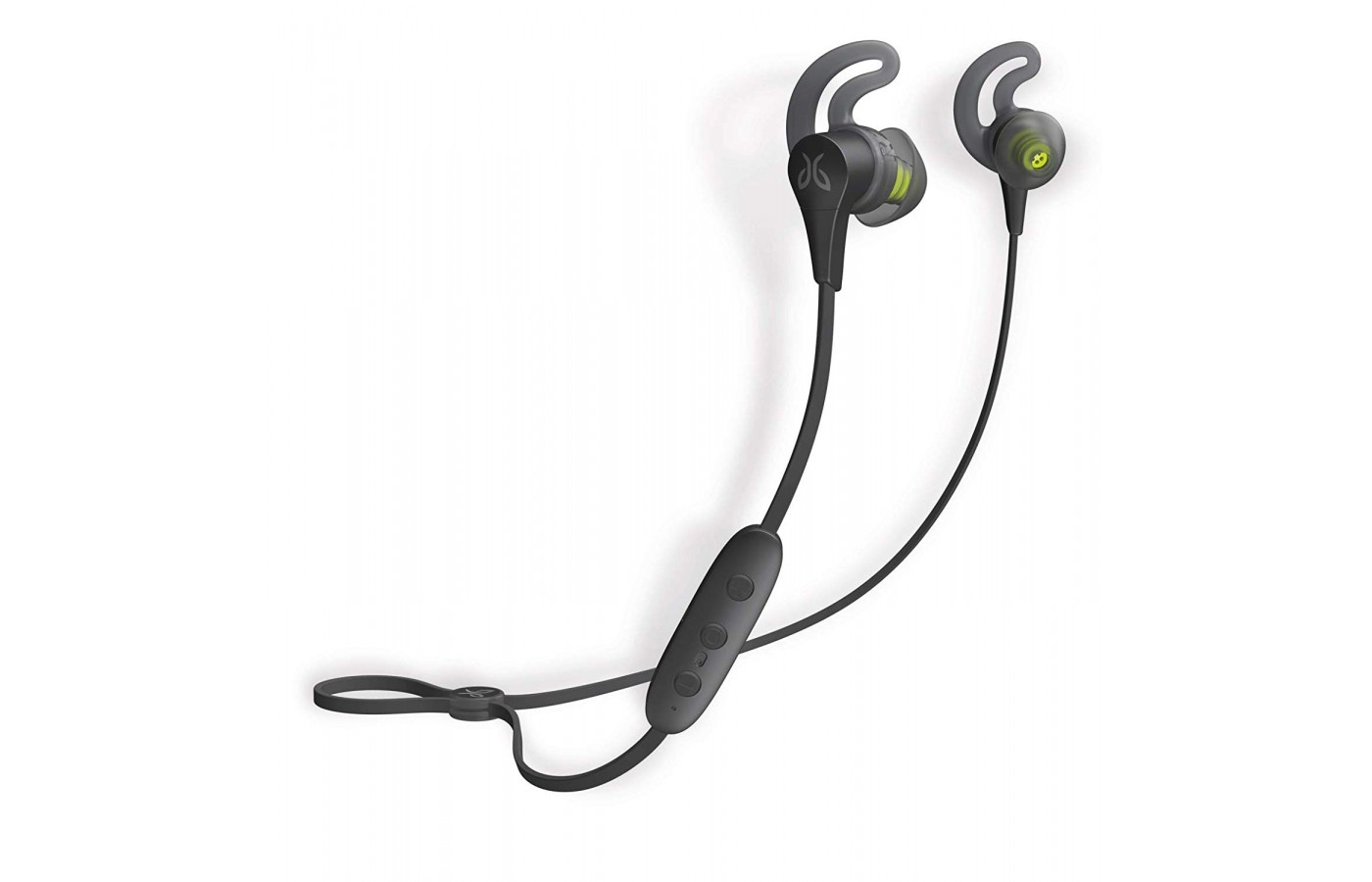 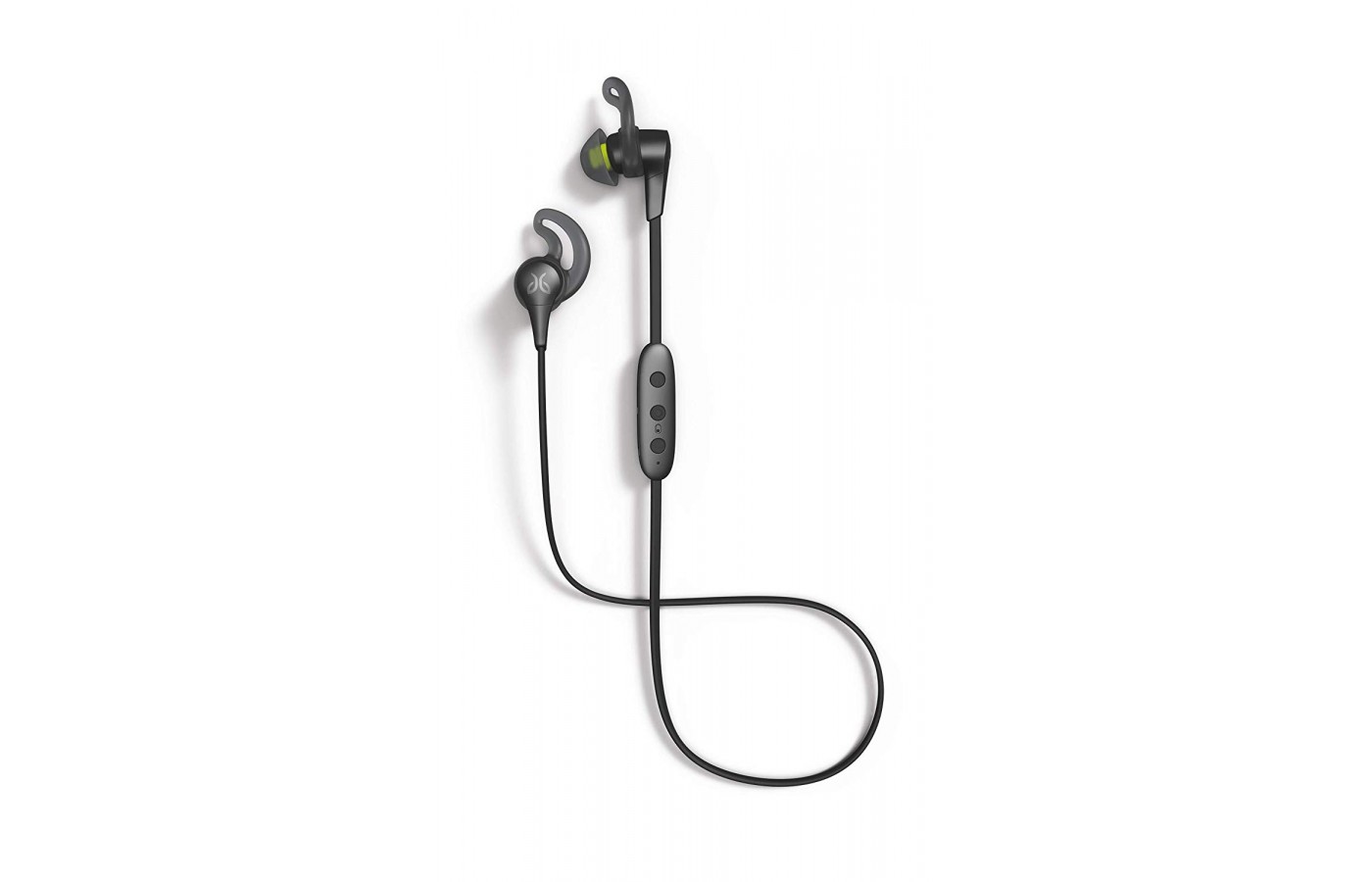 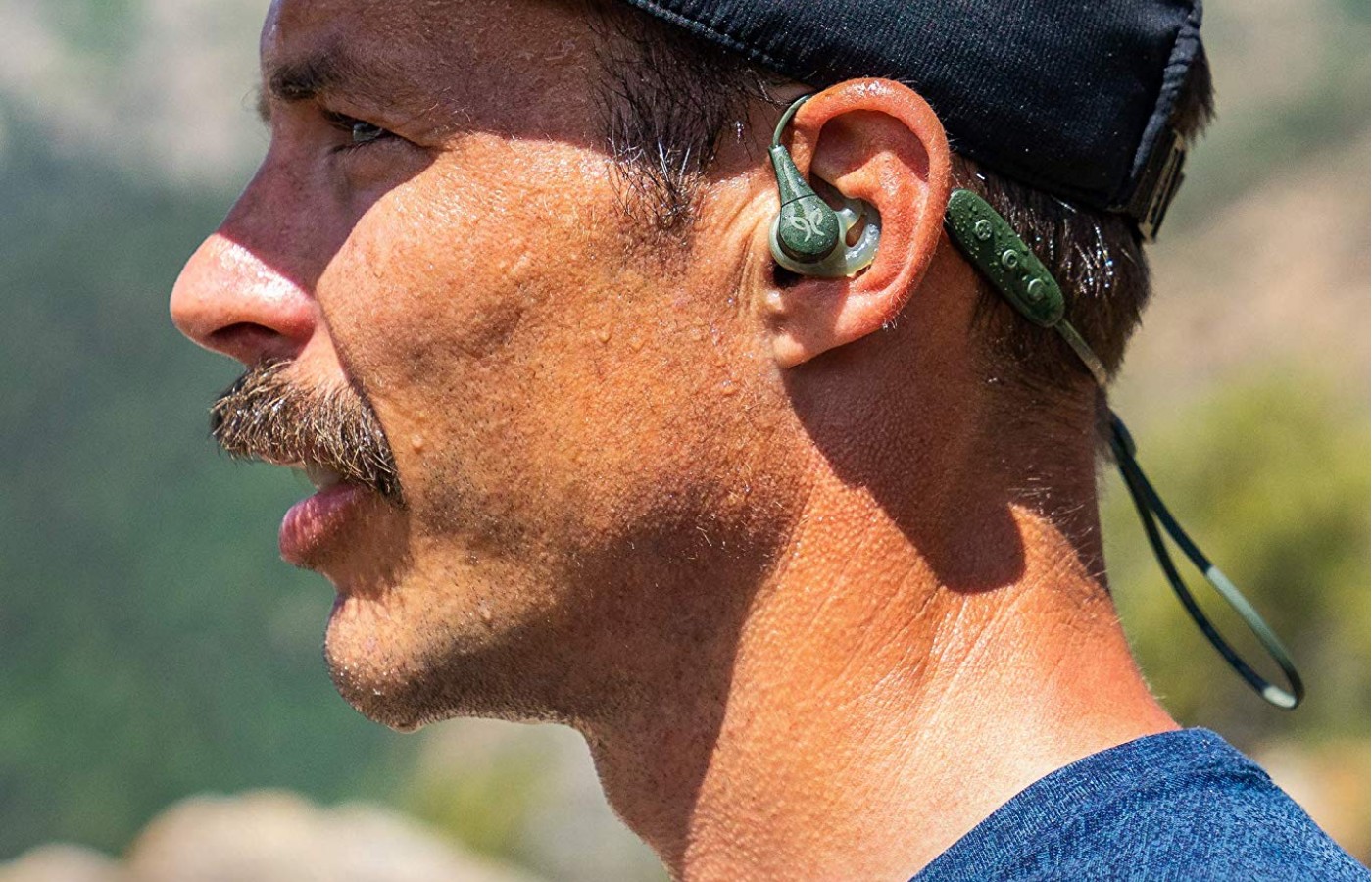 Whether you’re a runner or not, you want headphones that are going to give you everything you’re looking for. Especially if you’re paying for ones that are supposedly top-of-the-line. You expect to have a great fit, great sound, and great battery life.

The Jaybird x4 earphones claim to have a battery life of eight hours when fully charged. However, according to many reviews, there are issues with charging. And these issues lead to issues with battery life. Of course, this isn’t the case with every single product, some people don’t have these issues.

Something that the Jaybird X4 does deliver on is waterproofing. It is one of their strong points and an important one at that. Especially for runners and people who go for walk/runs rain or shine.

The driver size is six millimeters, which is on the small end of the average size of drivers in earphones. The driver is the piece of the earphone that keeps it on you ear runs up over the top and behind your ear. On the X4s, it leads to the adjustable strap that hangs down the back of your neck. If it’s too small, you can switch to larger tips. If it’s too large, you can switch to smaller tips.

Jaybird products connect to the Jaybird App, on both Apple and Android products. (check compatibility before purchase). The App allows you to customize your sound via EQ adjustments. The Jaybird x4 comes in two color options, being storm metallic/glacier and black metallic/flash.

Judd Armstrong, an Australian entrepreneur, founded Jaybird in 2006. He is an athlete himself and when he was disappointed in the headphones that were available on the market, he decided that he wanted to create ones that would be protected from sweat and also be non-restrictive so that he could move freely.

Before officially creating his company, Judd sold some of his prototypes online. It was when he received positive feedback that he took his company to the next level, founding JayBirdGear LLC in Salt Lake City, Utah.

Judd’s main focus was getting rid of pesky wires that do nothing except get in the way and become tangled. Thanks to the wireless design, you have the freedom to move the way you want without the annoyance of dangling, bouncing, tangling wires.

When the team was designing the Jaybird products, they decided that it would be best to leave the sound control to the listener because they understand that not everyone has the same preference as far as how their music sounds.

You can adjust the bass and treble to your liking via the Jaybird App so that you can truly enjoy your music the way you like. This sounds like a great feature, right? In theory, it is. However, there have been many customers who have had issues with the sound. While they admit that the earphones put out a premium sound, it does not last.

The response bandwidth (frequency range) is 20Hz-20kHz, which is the typical bandwidth used due to it being the largest range between treble and bass that people are capable of hearing. There are headphones with larger ranges, but you’re unable to hear them. Some say you can feel them, though, creating a better experience.

Many people have mentioned that the sound in the Jaybird X4's turns to static or stops working completely within anywhere from a couple of uses to a couple of months.

According to Jaybird, the battery life of the x4 is eight hours on a full charge. They also claim that a full charge only takes two hours and that you can get one hour of playback from just ten minutes of charging.

It is a very common complaint amongst consumers that the battery life is not what it claims to be. For some, the charging station doesn’t always work so they end up with no music throughout the day. For others, the battery simply doesn’t hold a charge, leaving them in silence after just a couple of hours.

Most consumers agree that they wish the design would go back to how it was before, how it is on many other comparable headsets. They prefer being able to plug a micro-USB into a port right on the earphones.

Most people find the Jaybird X4's comfortable right off the bat. For some, they require the included interchangeable tips for a better fit. And for others, none of the tips work in their ears, leaving them feeling uncomfortable, though this is uncommon.

There are two options for the fit of the headset around your ears. You can either secure it over the top of your ear or underneath your ear. Securing it above your ear will provide you with more security for higher-intensity exercise. Under the ear may provide more comfort if you’re listening while relaxing.

The strap that goes around the back of your neck can be cinched to achieve the perfect fit as well. It is meant to keep them on your head, and if they happen to fall out of your ears, the neck strap should keep them dangling around your neck. However, people have experienced them falling off rather easily, even which cinched tightly.

The tips on the Jaybird X4 earbuds are made from Comply Ultra foam. The tips are supposed to be extra comfortable and fit snugly into your ear. They’re also supposed to conform to the shape of your ear. They claim to provide an incredible softness that reduces fatigue and irritation. This is meant to allow you to listen to your music, podcasts, phone calls, etc even longer than you can in other headphones.

Consumers have claimed that the tips easily fall off, sometimes even staying in your ear while the bud falls out. Customers have also had issues with none of the tips feeling good inside of their ears. Those who could find the right fit, however, love their Jaybird X4s.

One area that the Jaybird X4 does excel in is waterproofing. The founder of Jaybird has been dedicated, from the start to creating products that would be waterproof. As a runner, his sweat has gotten in the way before. Waterproof products come in handy in the rain. You won't have to sacrifice your music just because of a little drizzle.

The Jaybird x4 is sweat and waterproof. Whether you’re in the rain or snow or sweating heavily, the x4 won’t fail you. It has a rating of IPX7. This means that they are able to handle being fully submerged for thirty minutes in a meter of water. Consumers back up the waterproof claim of this headset. A few even took their Jaybird X4s with them on a couple of rainy runs just to make sure the product would still perform.

This headset is set up with Bluetooth so that it can wirelessly connect to compatible devices without needing WiFi. This is a great feature, and it works flawlessly in some products. However, consumers have reported, many times, that they have trouble getting the earphones to connect to their device.

Those who do get them to pair, experience dropouts often. Some have found that if you have your paired device in your pocket, the connection will cut off. However, if it is sitting on a table twenty feet away, the connection is fine. Some people could simply be trying to use devices that aren’t compatible with the earbuds. Consult the compatibility below.

With the remote on the cord (behind your ear), you can easily answer and end phone calls, skip music, control the volume, and even mute the microphone. The remote feature is compatible with Google Assistant and Siri, for extra easy call and music management.

The middle button will play and pause music, and it will accept calls, redial, and decline calls. Pressing it once will play, pause, or accept a call. Pressing it twice will redial the last number in the call log. Holding this button for around four seconds will turn the headset on and off or decline a call.

Most reviews regarding the life-span of the Jaybird X4 are claiming that they produced great sound at first, but stopped working after a couple of uses. Some last up to two months. It seems that the general experience has not been positive.

When you spend a lot of money on headphones, instead of the five dollar ones you can get at the local dollar store, you expect to have top-of-the-line quality. You expect the sound to be spectacular and dependable. You expect the battery to last. You expect comfort and a secure fit.

The Jaybird x4 claims to deliver all of the above, however, they fall short. The complaints about the lifespan of this headset include the sound becoming static, the Bluetooth having a poor connection or no connection at all, the foam tips falling off, the neck strap bouncing around and not keeping the earphones on your head, and simply just refusing to work in general.

For expensive headphones, these sure do have an uncharacteristically short lifespan.

With the App for Jaybird (called Jaybird MySound) customize your EQ settings for your compatible headphones. You no longer have to settle for the sound that comes pre-programmed in your headset. The App doesn’t just allow you to customize your settings, but you can also save them to your buds so that you can keep your settings no matter what compatible device you have paired to them at the time.

The App comes with its’ own music feature which will help you to discover new music and podcasts to enjoy while you’re commuting to work, walking in the park, hitting the gym or doing laundry. Spotify is the music feature that is available through the app. Both the MySound app and Spotify are free to use.

The Jaybird MySound app is compatible with iOS nine and newer, with the exception of the iPad two. Androids must have the 4.4 operating system or newer.

At the end of the day, you expect the best from what you spend your money on, especially when it’s a lot of money. The Jaybird x4 is on the costly side, so you’d expect it to deliver quality sound, wireless connection, battery life, waterproofing, security, comfort, etc.

While these earbuds do put out a great sound, it doesn’t seem to last before it turns to static or stops working altogether. The wireless connection often doesn’t want to work or experiences dropouts. The battery does not last as long as the company claims it does, possibly due to a poor charge via the charging station.

The Jaybird X4 is sweat and waterproof, and there haven’t been complaints stating otherwise. And for those who can find the right fit with the interchangeable tips and the cinched neck strap, they do provide security and comfort. 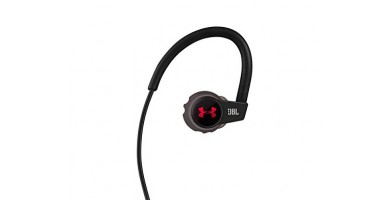 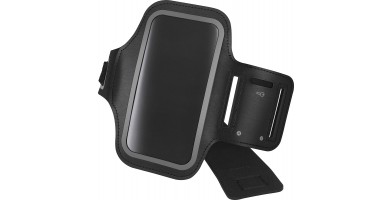 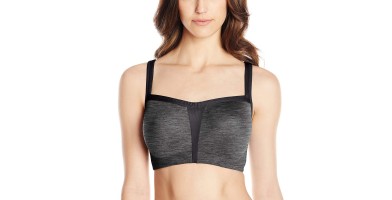