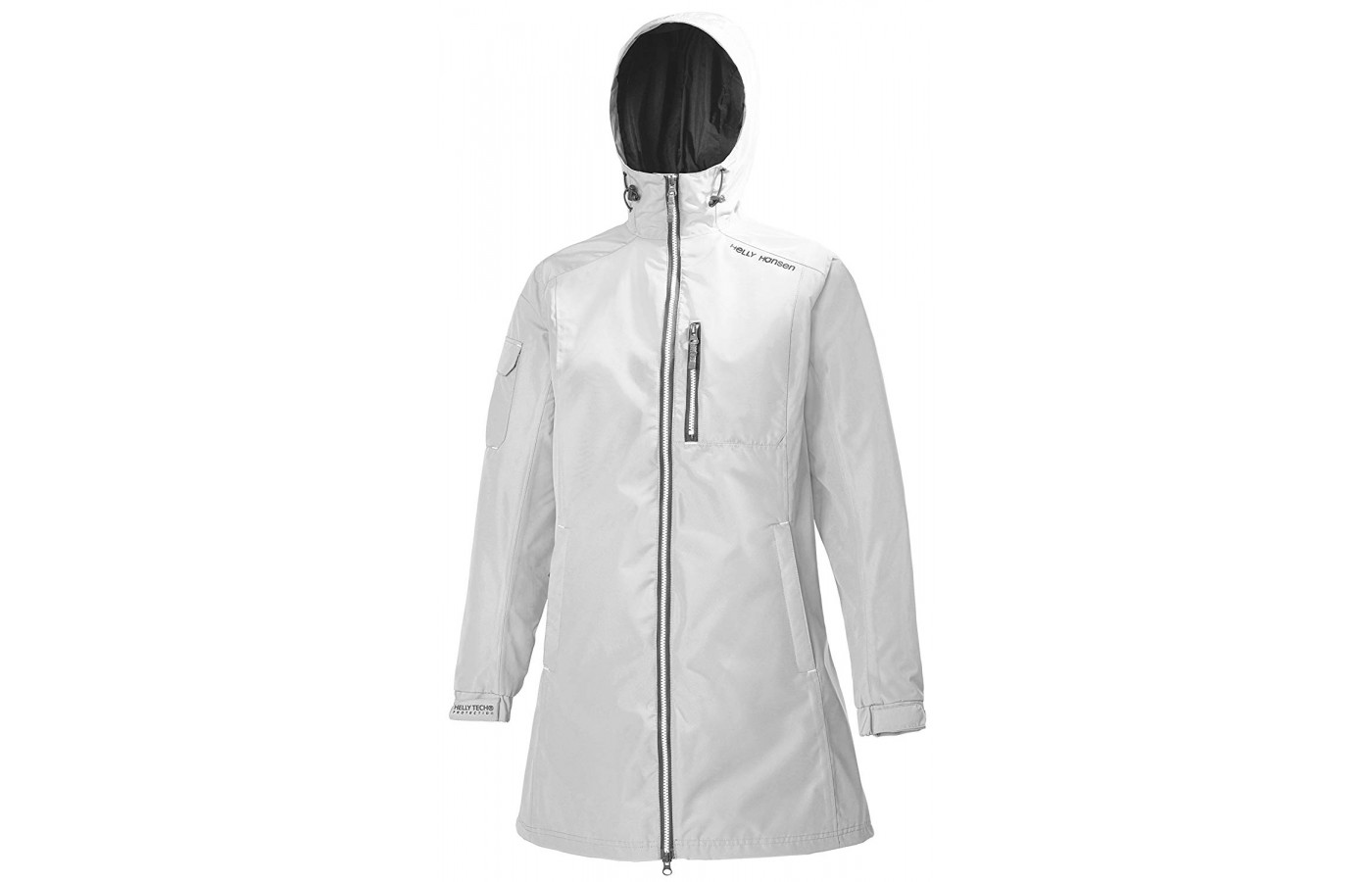 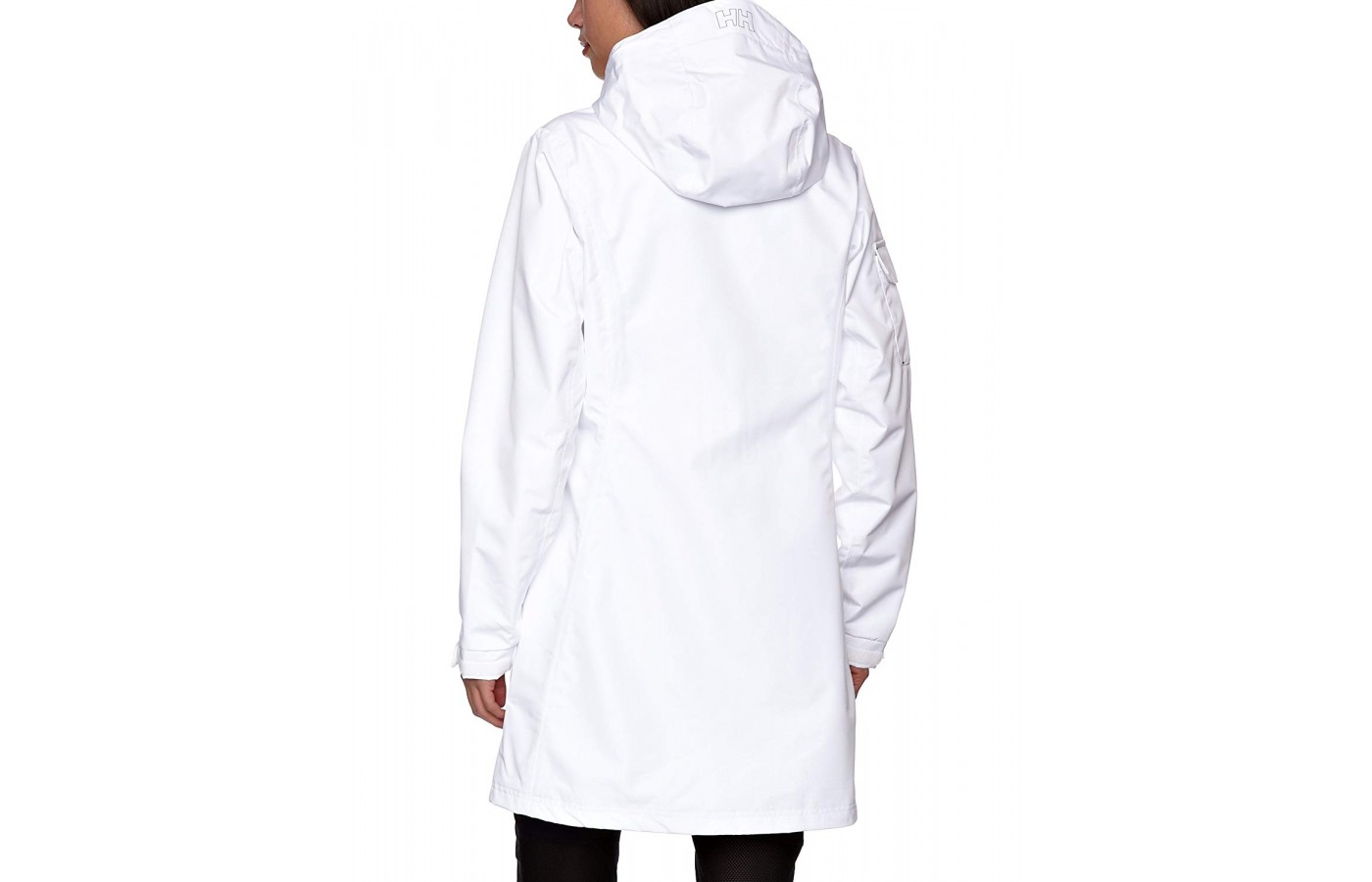 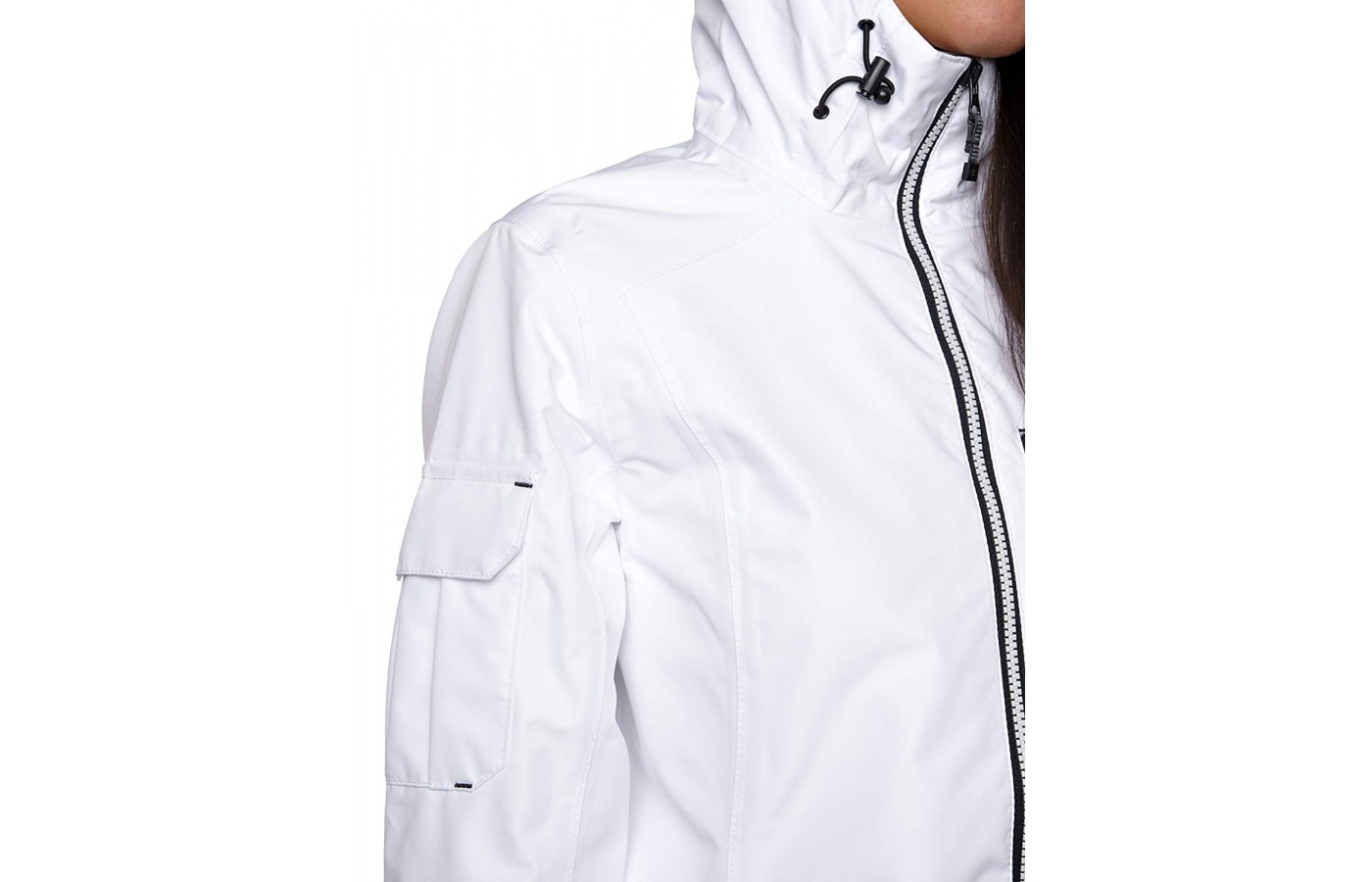 What is left to be said about a company that’s over 140 years old? Well, quite a lot actually. But let’s start from the beginnings. The company was, in fact, started out of necessity. The ship captain (you’ve guessed it Helly Hansen) needed something to keep him warm and dry at all times.

He needed something that could withstand the harsh weathers spent on the Northen Sea. So when Helly and his wife Maren Margarethe soaked the linen garments into linseed oil, the result was something brilliant. A piece of clothing that was water-resistant and insulated enough to keep him warm.

They knew that they’ve hit the jackpot status with their new invention, and thus the Company was born. They started selling the clothing not just to sailors and explorers, but to workers who worked on the oil rigs near the Arctic Circle.  The weather conditions were just as severe as those on the ships in the Northern Sea. But, it was in the early 20th century that the clothes became an everyday item for the Scandinavians.

However, let’s take a look at one of the company’s best selling items. The Belfast jacket. What makes it so good and in demand? What are the pros and cons of the model and what can be improved on it?

Find out in the review below. Hope you’ll like it.

The main material used in the creation of the Belfast item is a synthetic material, but the real star is a special type of system that’s been applied on the surface of the fabric. Why? Well, in order to make that synthetic little more durable and with the better overall quality. And just what that system might be?

Helly Tech. It’s not a system per se (it’s just called that), but an outer layer of material that’s in charge of keeping you well protected from the wind, the cold and the rain.

The outer membrane of the material is robust and sturdy enough not to allow moisture to penetrate your body. Holly Tech is more of a combination of great water-repellent fabric, breathable membrane and inner fabric that’s oftentimes made out of mesh or some other type of lining. Sounds confusing? It is. But the purpose of it all is so simple. To keep you warm and dry.

The synthetic material that composes the basics of the entire model is made with intricate 2 ply construction of the fabric, while Primaloft style insulation is applied 100% on the body, while the sleeves get 60% total of the microfiber insulation. And all of that is actually coated with DWR. A type of treatment that allows a durable and fantastic water-repellant protection.

Several things contribute to the overall comfort of this item. It’s never solely one thing that’s responsible for the comfort of any item, let alone winter jackets like this particular model. The fact that it’s sporty in style, super sleek and with plenty of room for your body to within the jacket does help tremendously in the comfort part of the review.

Sure the fact that’s it’s specially designed to keep you warm and dry is of primary importance to the comfort, but the other small things help. Like the length, for instance, It’s a mid-length type of a jacket which means that a much larger part of the body will be covered and protected by the jacket. The insulation concentrated on the body of the item is applied 100% in total but more on that later in the post.

The Primaloft style insulation used in the jacket is also helpful, and the Helly Tech…. Well, it’s very useful and practical in delivering protection. But what about the design? Well, where do we start with the design? Let’s start at the top. The hood on the jacket is attached and sadly the removal of the hood is not an option. But much like the rest of the construction, the hood is an excellent source of protection, and so is the chin guard in the front of the jacket. It’s high enough to cover most of the mouth, without the need of adding a scarf or wool shall, and it also has anti-chafing properties too.

Which means that the fabric won’t rub against your mouth causing discomfort and pain the cold winter months. The wind and the cold have enough potential to do damage to your mouth in the winter. Don’t let the jacket that you’re wearing do the same. Let it protect you. And last but not least, let’s talk about the zippers. There’ one big central zipper at the front of the jacket. It’s made by Vinson, it starts at the one end of the jacket and ends at the bottom end of the item.
The hand pockets are also reinforced with zippers, and they’re also a great source of protection.

The flexibility of one item is always down to the size, the style and the materials that are used in the creation. A medium in size, this A-line cut garment is roomy to offer plenty of flexibility and ease of movement to every part of your upper and middle body. The same goes for the mouth guard and the fixated hood that sits nicely at the top of your head. You can apply the hood in just one effortless motion, and the flexibility that you’ll feel with the hood on your head is truly impressive. The hood will do its job of protecting you from the cold, wind and the annoying rain, but your flexibility will not be compromised.

The Helly Hansen describes the Belfast model as sporty and sleek. And it’s exactly that. But the adjectives like versatile, comfy and practical really need to be added on the description list. But sporty and oh so sleek, the Belfast truly is. You can wear it on your next ski trip, on your next planned hiking trip, or just when your cold during your everyday errands. This is winter type of a jacket and there’s no written rule where you should be using it. The winter lasts quite some time, and you’ll need something to keep you warm in those long winter months.

Versatility is truly the key in the usage department of this interview. There are really no restrictions on how, when and where you should be using this particular jacket. The world is truly your oyster with the Belfast item, and it’s up to you to figure it out.

Whatever you choose, the Belfast will be right beside you protecting you from every possible external influence. You can wear it daily in your urban environment. Or if you choose to wear it in a more rural environment, the effect will be the same. The protection, the support, and the comfort will remain a priority, and not to mention the durability and the responsive nature. You will love the versatility that this item has to offer in terms of use.

You’re in luck. Since this is a women’s jacket the sizing is fairly inclusive for all of the body types. The sizing chart for the Belfast model starts from the SX size and ends on the other side of the spectrum at XXXL size. If you’re having a hard time determining your size, the company offers measurements for each of the body parts in order to determine your size more efficiently. Just follow the sizing chart and you’ll be fine.

If you thought that the sizing was catering to almost every woman on the planet, you’d definitely want to know about the color options that come along with the jacket. The Belfast model has 15 different available color options. Some of them are bright, and expressive while others a more toned down and muted. The white and black versions are probably the most sought after options, but the company offers colors like pink, charcoal, blue, and green. All you have to is pick your favorite, but it’s worth mentioning that all of the models are monochromatic in color. There are no distinct patterns of a mix of colors on the surface of the items. Each and every one of the 15 models have one color and one color only.

The company’s source of pride has been the Helly Tech type of protection, and the actual 2 ply construction of the fabric itself. Most of the fabric used in the making of the jacket is a synthetic material, but the additional features like Helly Tech on the outer layer and the 100% insulation on the entire body of the jacket really attribute to the overall durability. They’re also very waterproof, very windproof and protective from the cold. Each and every one of the materials used in the jacket is durable and so are the details that surround them and aid the longevity of the model in the long run.

Details like the, sealed seam, the cuffs on both of the sleeves that are very adjustable, the smaller zippers on the two hand pockets, and the one longer (and bigger) zipper in the middle of the jacket. They’re also highly durable and the only possible flaw about them is that the pockets are actually tiny. They’re not very accommodating of a much larger load, and you can probably fit only your car keys and your phone inside them.

Just like with the practicality of wearing the actual item, the maintenance is easy breezy as well. It’s worth mentioning that the entire jacket is machine washable. However, it’s not advised to use high temperatures on your washing cycle. Anything above 30 degrees Celsius in unacceptable since the heat from the water can severely damage the model. Also if you can try to avoid using heavy detergents and soap.

They can be quite abrasive and they too can damage the item as well. Oh, and last but not least, try and avoid drying the jacket under a direct source of heat, and you should definitely avoid ironing it. The polyester and the hot iron are sworn enemies, and you risk damaging the jacket for good if you try and iron it.

Despite the flaws of not having a detachable hood and much bigger pockets, the Belfast jacket is a fantastic purchase for every closet. Whether you live in a colder climate, a rural area or you’re in need of a great winter jacket for picking up the kids from school on a rainy winter day, this is your best option. Yes, it’s quite an expensive option but the quality products are never cheap.

The Belfast model comes in a variety of sizing and color options, and you’ll love the protective, caring nature of the well-selected materials. The insulation that this model has is fantastic and you’ll be quite impressed with not just the hood, but the mouth guard designed at the front of the jacket. It will make wearing a scarf optional. It’s truly a great winter jacket and it will prove to be an invaluable asset in the long, windy, snowy and oh so cold winter days. You’ll love it. 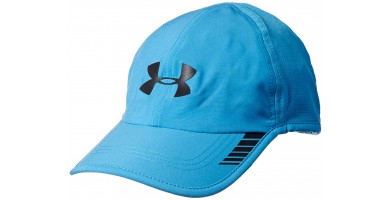 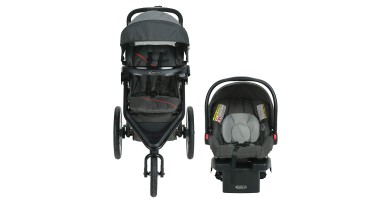 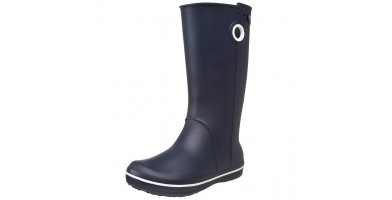