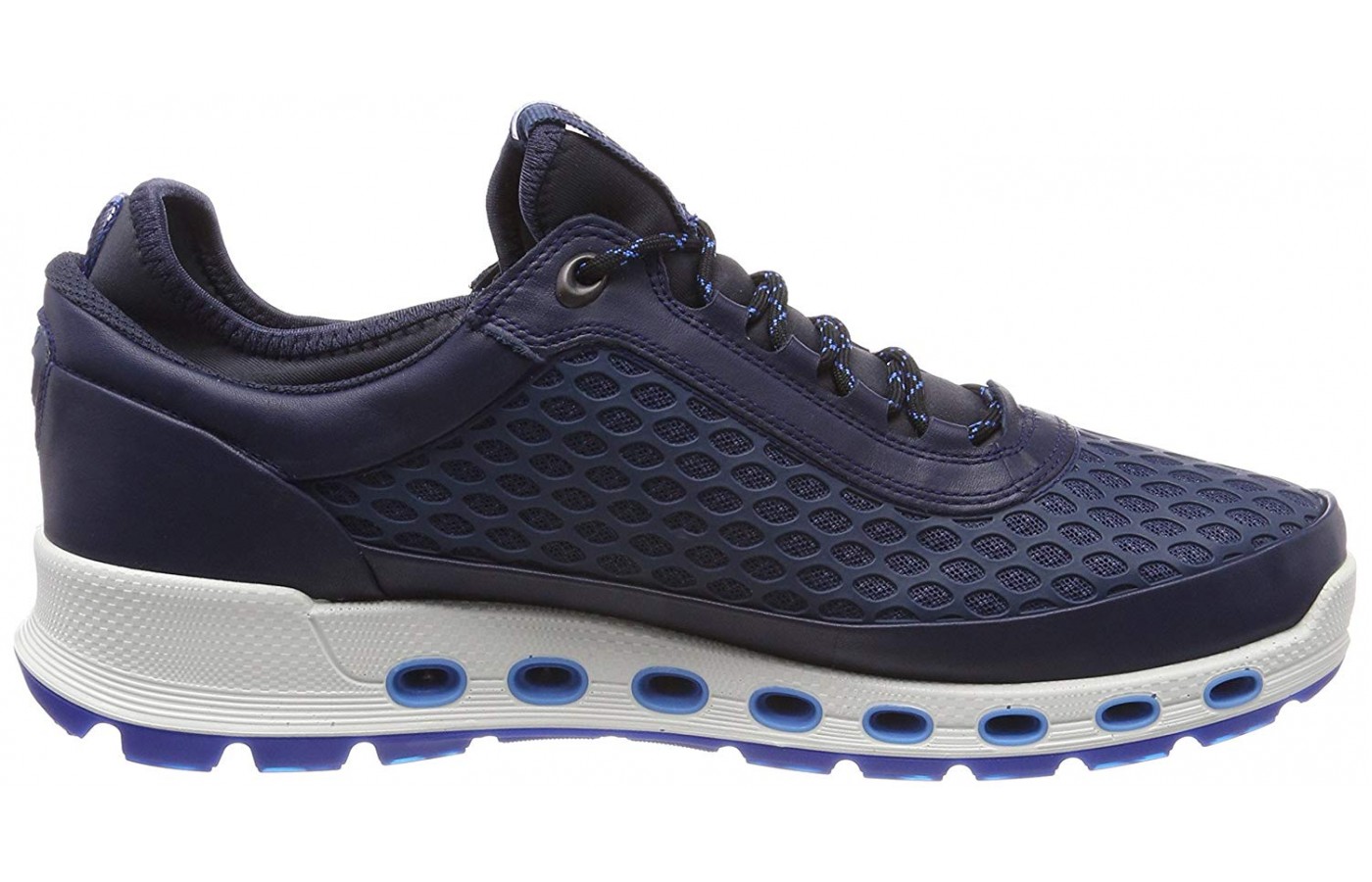 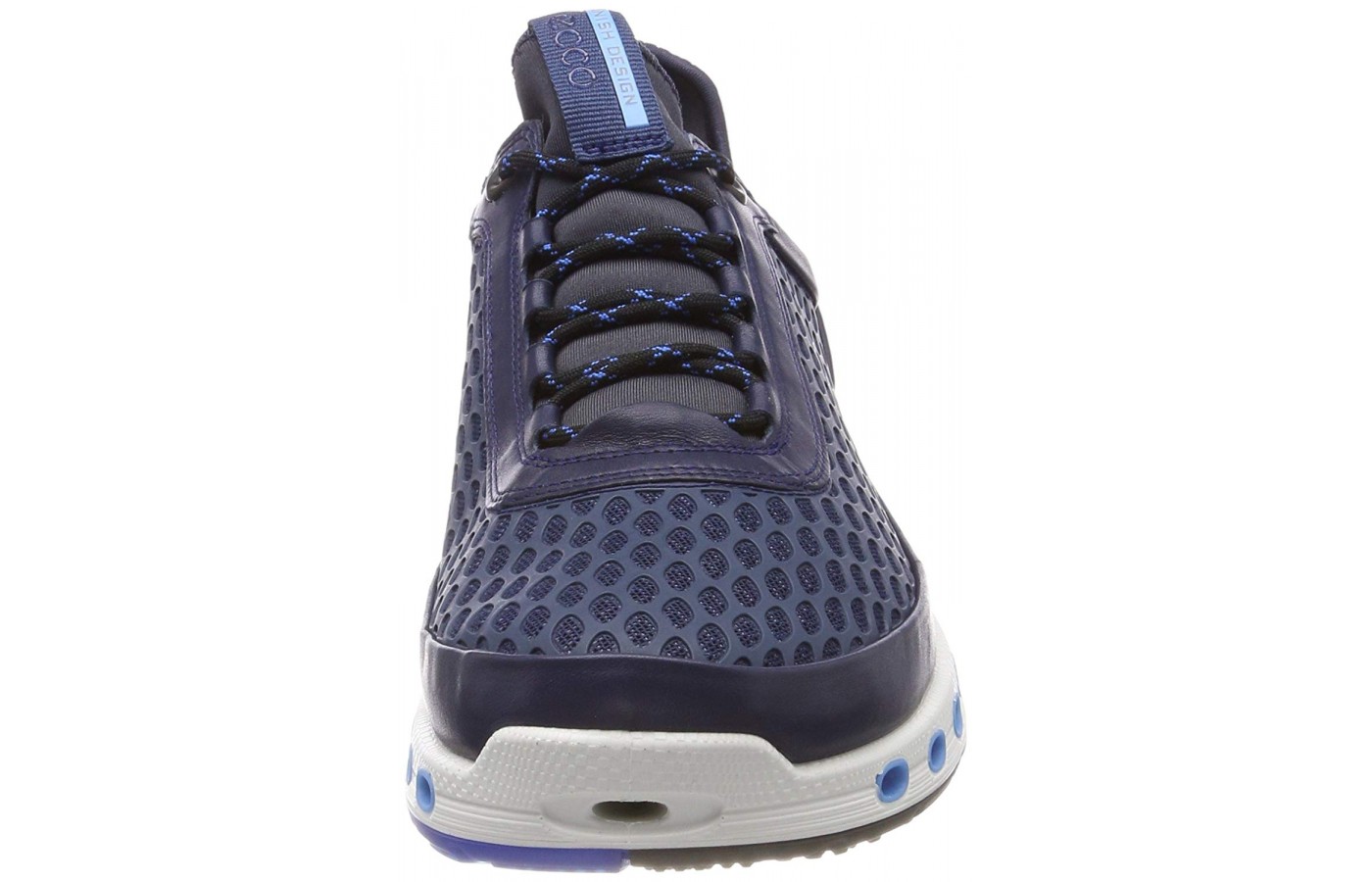 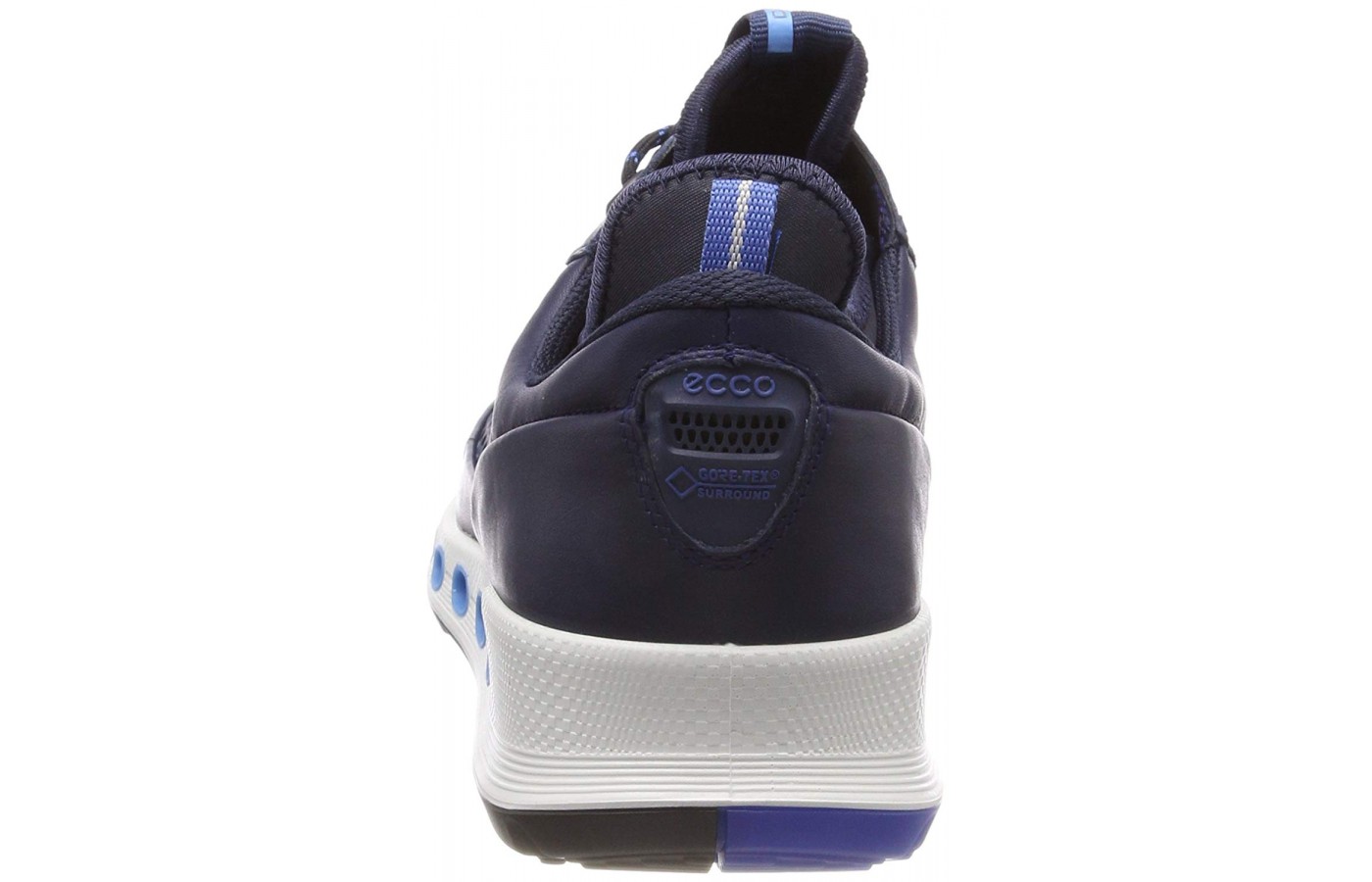 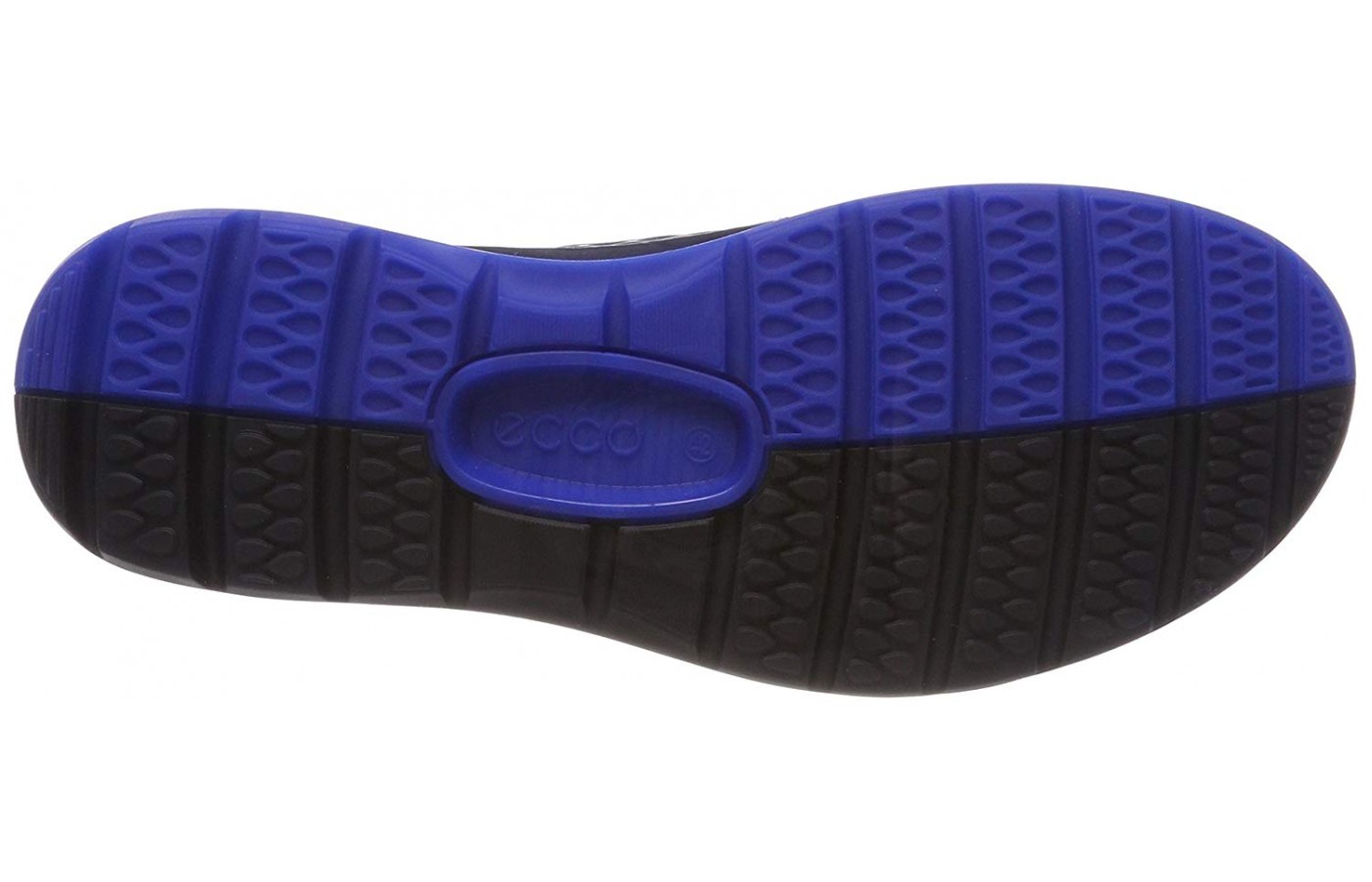 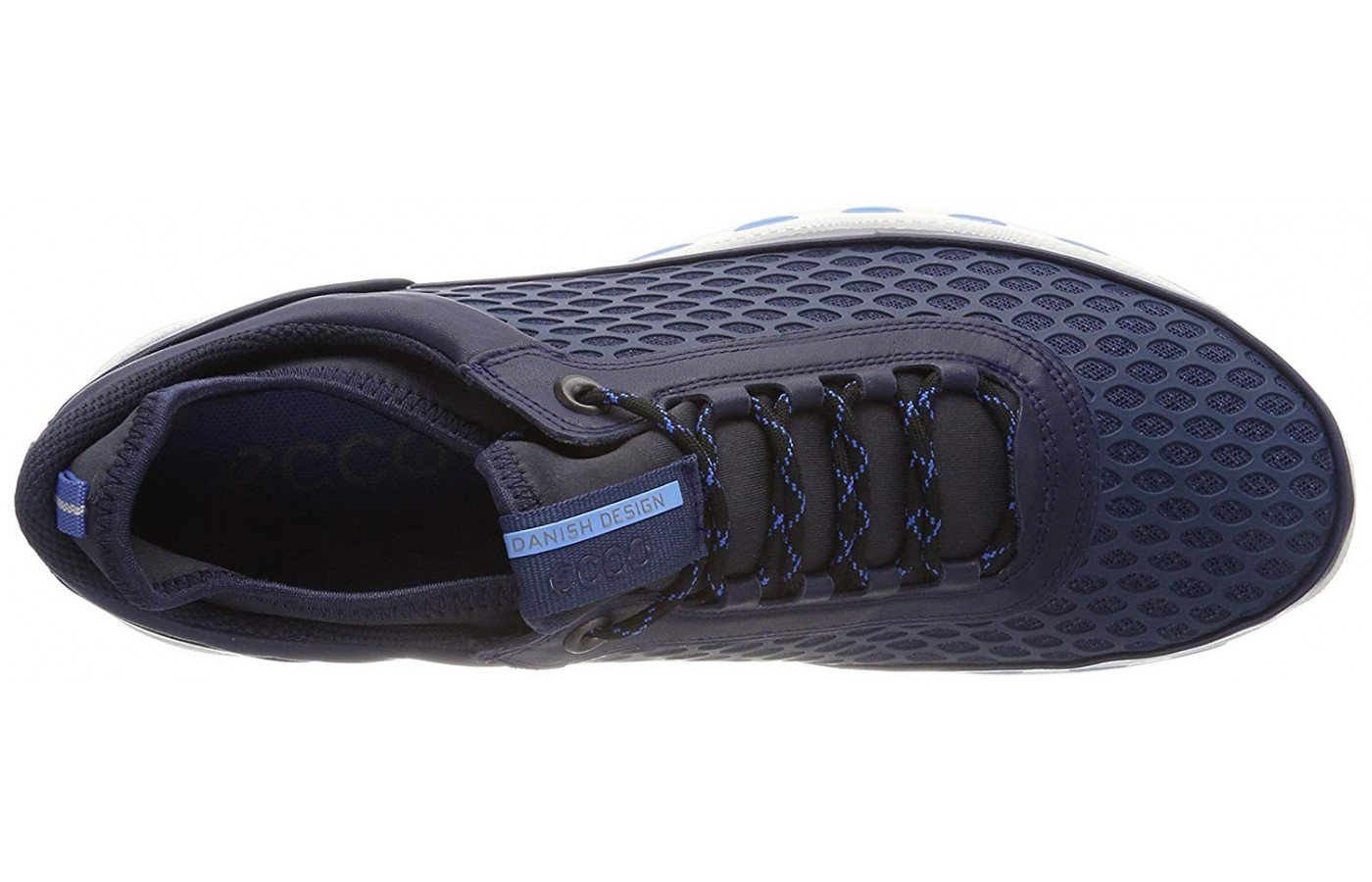 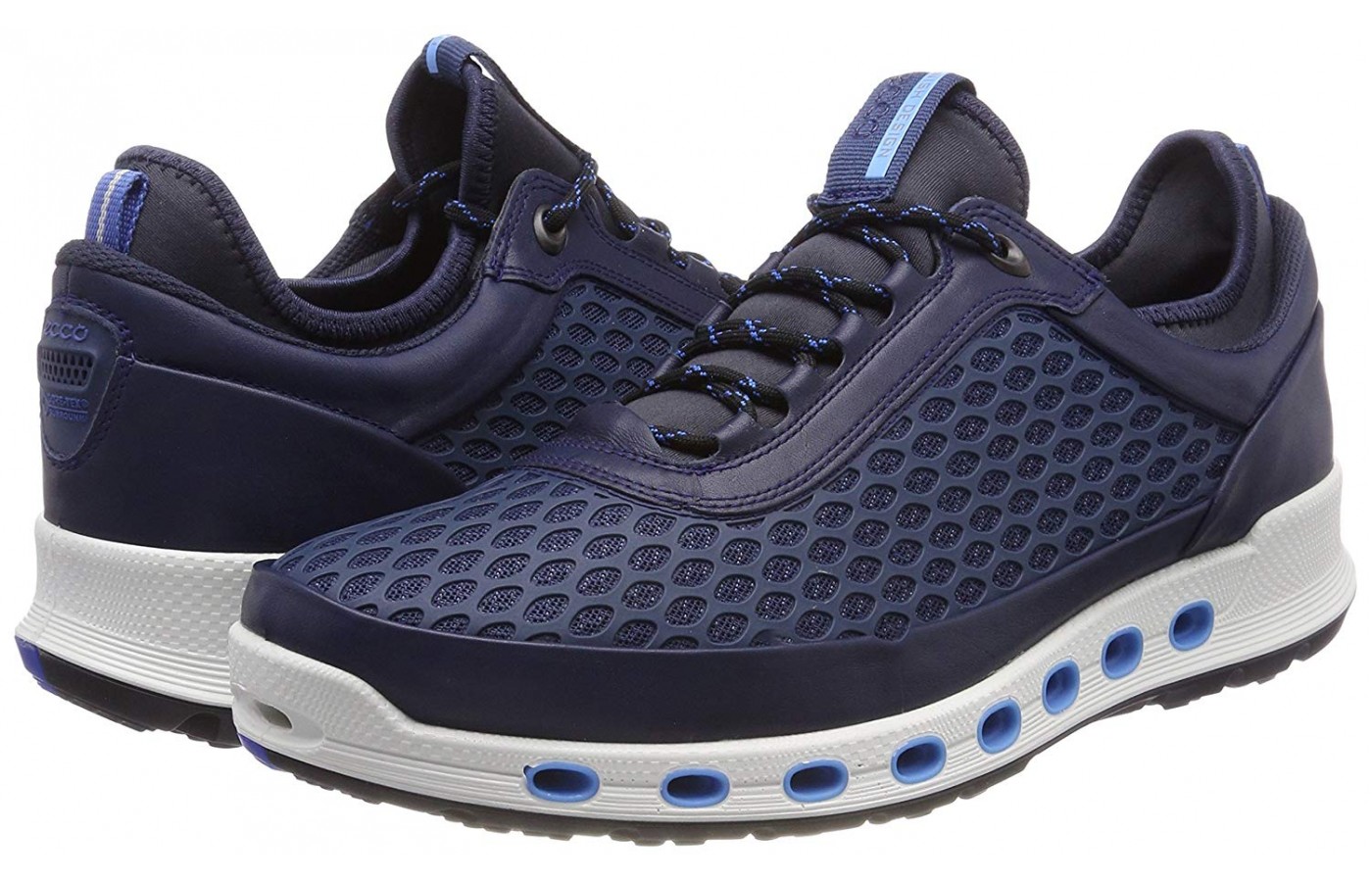 The ECCO Company was founded in southern Denmark after a job ad was posted in the local newspaper. In the early ’60s the founder of ECCO, Karl Toosbuy was training to be a cobbler. However, he wasn’t satisfied with the direction that his apprenticeship was headed, and was looking for a way out of the company that employed him.

So, in 1962 he posted an ad in the local newspaper that had the title "Who wants us?" and the local businessmen, farmers, and workers responded. On April 1st, 1963, the ECCO Company was established with an investment of 158.000 Danish kroner. By the end of the year, 74 and people were employed in the Company and ECCO promoted the first shoe ever. A pointy toe high heel shoe called Venus, and the rest is history. Since the passing of Karl Toosbuy in 2004, the second generation of Toosbuy is in charge of leading the company. Karl’s daughter Hanni and her husband are in charge of management and to this day it’s a family-owned business.

But for now, let’s look closely at the ECCO Cool 2.0 Textile model.

Supportive PU-grid on the upper

Gore-Tex surround construction in the midsole

While most of the shoes have a rubber outsole, Cool 2.0 Textile by ECCO has a fantastic two-colored Thermoplastic polyurethane outsole. TPU and the way that’s molded, deeper lugs to the bottom of the sole, and therefore better traction properties. But probably the most important features of the TPU in this shoe are the awesome shock absorption that eases the pain and makes the walking a little more comfortable and the flexibility. Because TPU is a highly flexible material, it adds plenty of flexibility to the outsole as well. And with precisely that flexibility, your feet will be comfortable all day long.

The PU foam is the star in the midsole. It’s direct-injected and foot-fitted PU foam that also provides a long-lasting cushioning and great walking comfort. The Polyurethane used in the molding of the midsole is done is a way to follow the anatomy of the foot, so if you take a good look at the midsole you’ll notice that the midsole is much higher in the heel area, and a lot thinner in the toe area. Also, quite visible are the eight dark colored cushioning bubbles on the side of the midsole. They’re perfectly fitted to give you the best possible bounce, responsiveness, and comfort, and they look fantastic as well. Although they’re sitting in the middle of the all-white midsole, the color used in the making of the bubbles is heavily featured in the upper.

There’s a lot going on in the upper, so pay attention. First of all, it’s very beautiful. The visual appeal of the supper was heavily noted on the ECCO’s customer review board. Plenty of the customers praised the intricate design that starts with the base of textile and rubber. Rubber and textile compose the foundation of the upper and every layer that you see on top of that add to the complexity and quality of the sneaker. On top of the base sits the praised Gore-tex surround which is a fantastic addition to the already fantastic upper.

Made with the Gore-tex technology, the surround offers best-in-class climate control, and guaranteed waterproof properties, without compromising the breathability of the sneakers. The upper is not only perforated, but a thin mesh-like construction is added as another layer on top of the base. The mesh covers most of the upper’s surface and that allows the extra dose of breathability, and climate control to the entire foot. But don’t be fooled by the perforated upper and the mesh addition on top of it. You’d think that those are a disastrous combo that will allow a lot of moisture to penetrate in the sneakers, but you’d be wrong. Despite having a great dose of aeration and ventilation, the Cool 2.0 Textile model by ECCO is in fact so waterproof that you’ll be able to wear them in a jungle and not get wet.

The shaft measures approximately low-top from the arch, and the supportive PU-grid that sits on the upper acts a protective barrier to the top part of the sneaker. When you have a thick protective PU-grid on the upper you just know that the sneakers are in „good hands“, and here in the Cool 2.0 Textile, you’re in the best hands. But that’s not it. The lacing system is done with thick two-tone laces that go all the way to the top of the rubber tongue. Both the lacing system and the rubber tongue fixate the foot in the shoe’s structure and allow it to have a bit more stability in the top part of the sneaker.

TPU is a highly flexible material. Think of it as a great hybrid between plastic and silicone and plastic, and the amount of flexibility fits somewhere in the middle of those two materials. But don’t think for a second that, because of the fantastic comfort provided by the soft and flexible material, other parts of the sneaker don’t contribute to the comfort as well. No. The form-fitted and direct-injected PU foam in the midsole offers a lot of bounciness, plenty of energy return and ease of movement with every step that you make. All crucial things in the making of a very comfortable shoe, and the perforated (and also flexible upper) doesn’t look too shabby either.

The form-fitted and direct-injected PU foam in the midsole is the true provider of support in the Cool 2.0 Textile model. Because it’s form-fitted and direct injected it quickly molds to the specific anatomy of your foot and adds the much-needed support in every movement that you’ll make. On the official ECCO website, it states that this particular model is best suited for the gum, but we’d argue that because of the high durability and responsiveness they’re suitable for wearing outside. Why? Because this particular model has high breathability and high waterproof properties. So, if you happen to find yourself in a rainy, wet area don’t sweat it. These sneakers can handle it.

The durability is on the highest possible level in the Cool 2.0 Textile model. And it has been the case for more than 50 years now. But what makes them so durable? The first obvious reason is the selection of high-quality materials like leather, rubber, PU foam and TPU in the construction of the shoes, and secondly on the delicate production process in which those materials are treated. ECCO owns tanneries in countries like China, Netherlands, Thailand, and Indonesia, and their tanneries are among the leading manufacturers of leather world-wide. So, not only do they use prime quality materials, but the use of those materials in the making of the shoes is also exquisite.

Having a textile in the upper immediately amps u the flexibility of the shoes. But you’ll have to remember. The Cool 2.0 Textile model has another ace in the sleeve when it comes to the flexibility, and that ace comes from the bottom of the sneakers. Yes, that’s right. The wonderful two colored TPU outsole is the true revelation in the flexibility department. However aside from a great dose of flexibility, what you’ll get from the TPU outsole is a comfort that lasts all day long. Think about it. If an outsole is rigid and doesn’t bend easily the first thing that will suffer is your feet. With the increased level of flexibility, comfort is also enhanced.

The stability of one’s shoe should be felt from several key areas. The outsole isn’t the sole provider of stability, and luckily the stability comes from other places in the Cool 2.0 Textile model. Because the TPU made outsole is very flexible, the stability is engendered. However, in this particular sneaker, other areas compensate for the lack of stability in the outsole. And that way you have stability coming from the PU-grid that hugs the upper. Yes, textile in the upper can’t guarantee much grip and strength to the shoe, and that’s what that grit is there for. To compensate and give the needed stability to the shoe, when other areas are failing to provide it. So, don’t you worry? The stability isn’t lost. It just comes from unexpected places.

That textile upper mentioned earlier works wonders for the airflow. But don’t think for a second that having a textile upper would make your shoes wet and ruined in no-time. No, ECCO guarantees that the despite getting a high dose of aeration and breathability, the shoes will remain waterproof when in contact with moisture. Yes, the moisture shouldn’t be too much of a concern when wearing these sneakers.

One of the trickiest things about this model of sneakers is the price. Starting from 150 dollars, the price tag can go all the way up to 430 dollars. That’s quite expensive for most standards, but if you chose to purchase the Cool 2.0 Textile model you’d be happy to know that because of the durability and high quality, the high price is justified. What you’ll get for the high price is an amazing pair of shoes that you’ll be wearing for a long time.

In the 56 years of existence, ECCO slowly transitioned the manufacturing and form shoe manufacturing and expanded the business into leather production. What first started as a footwear company is not one of the leading manufacturers of leather. ECCO owns tanneries in countries like Malaysia, China, Netherlands, and leather products are sold in more than 90 countries around the world. It's a brand that's been building the reputation and quality of their products steadily and patiently throughout the decades, and the very fact that's a second generation family owned company speaks volumes of the dedication and commitment that the ECCO company has in the back pocket. It's not easy to maintain the same amount of quality decade after decade, but ECCO has been doing it successfully for quite some time now.

The Cool 2.0 Textile model is classified as a casual type of footwear on the company’s official website. With a more art leisure approach to the style, the model is a stylish spin of the pragmatic Scandinavian lifestyle. The creative design of the shoe combines Scandinavian minimalism and pragmatism with comfort and quality that allow the shoes to last for years to come. And although textile graces the upper of the sneaker, the shoe itself is highly waterproof. It will keep you moist and odor free at all times.

There’s something comforting in owning high-quality shoe that you can wear in every occasion. The Cool 2.0 Textile model does have some flaws to its name, but the overall positives outweigh the negatives. The ECCO sneakers are the prime example of the Scandinavian pragmatism mixed with a great style and purpose. The textile upper looks beautiful against the two-colored TPU outsole, and in between the direct-injected PU foam molds on the foot’s anatomy in order to provide the highest possible comfort.

Yes, they are shoes that fall on the more expensive side, but if you look past the price you’ll find that the purchase of the model will bring along high quality, durable and very comfortable shoe that will not only be there for you on any type of terrain but also in any weather conditions. Rain shouldn’t come as a surprise to the sneakers. In fact, that was one of the positive things that the customers left on the customer review board, and almost every single one of the comments praised the waterproof abilities of the sneakers and their additional aeration. You’ll fall in love with them for sure. 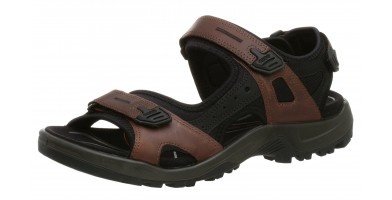 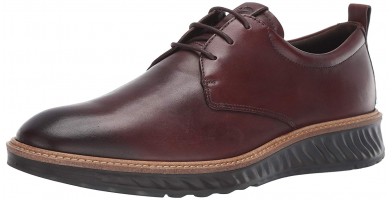 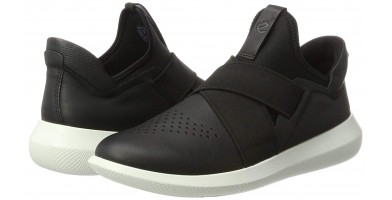