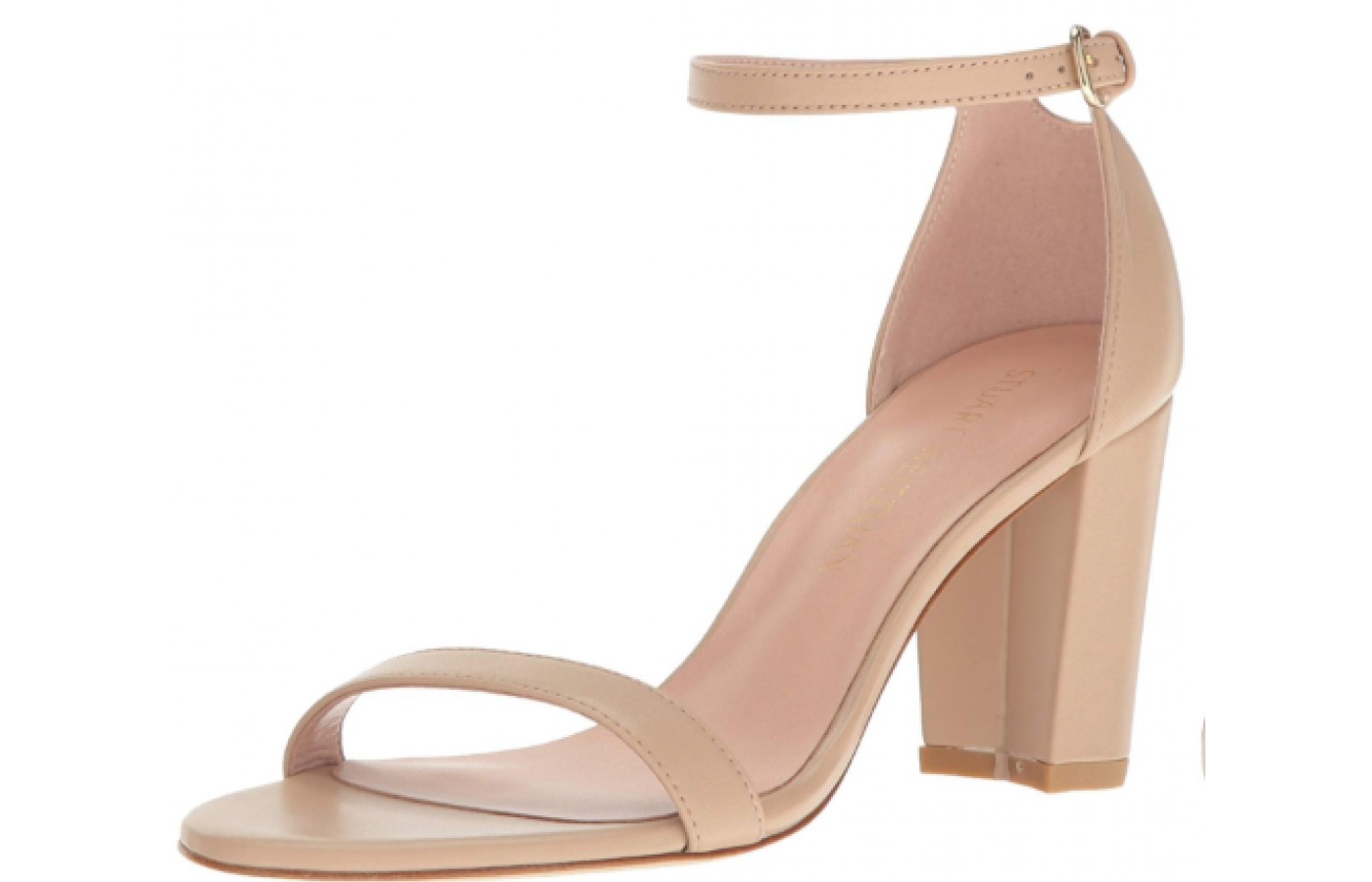 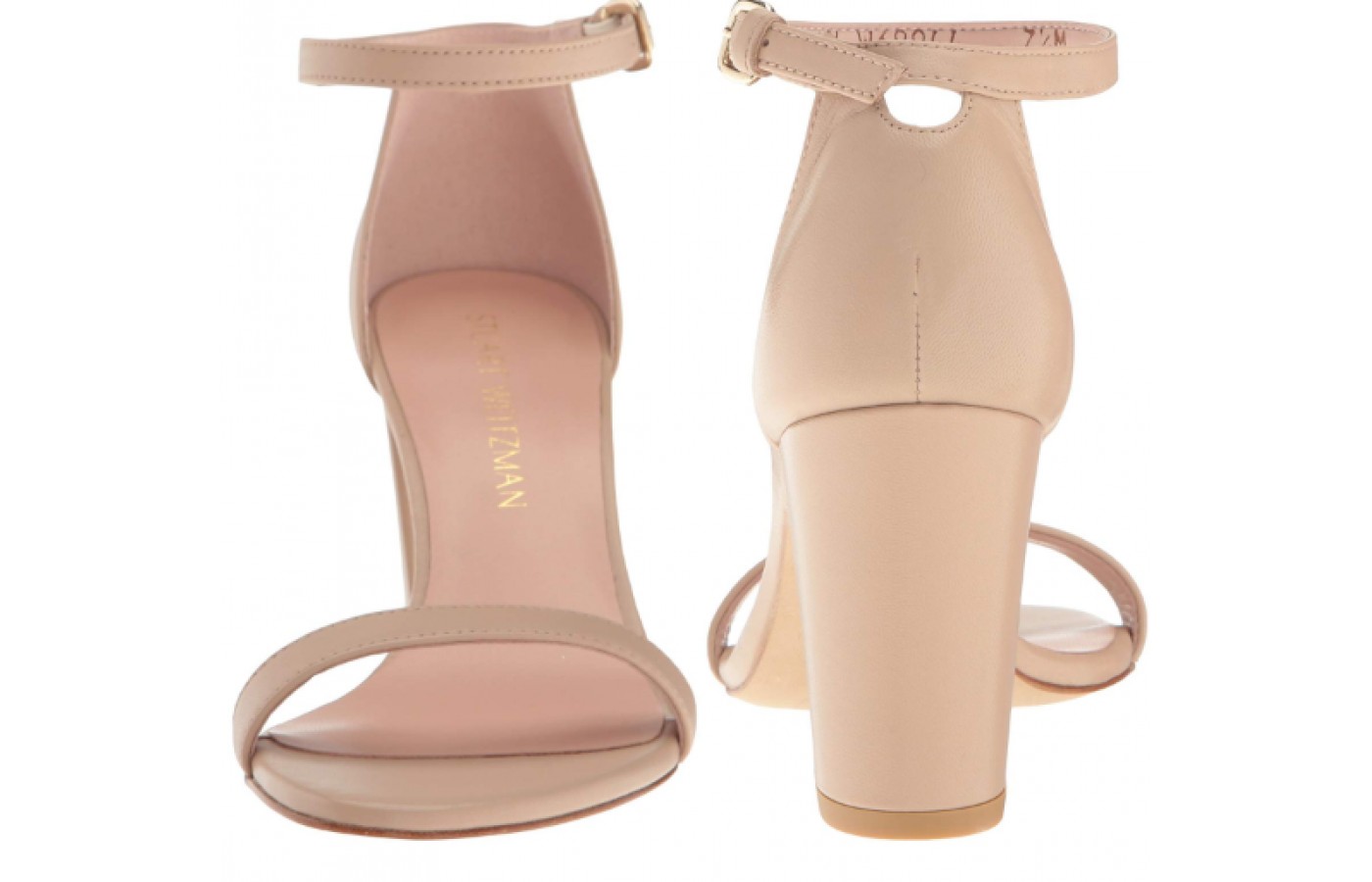 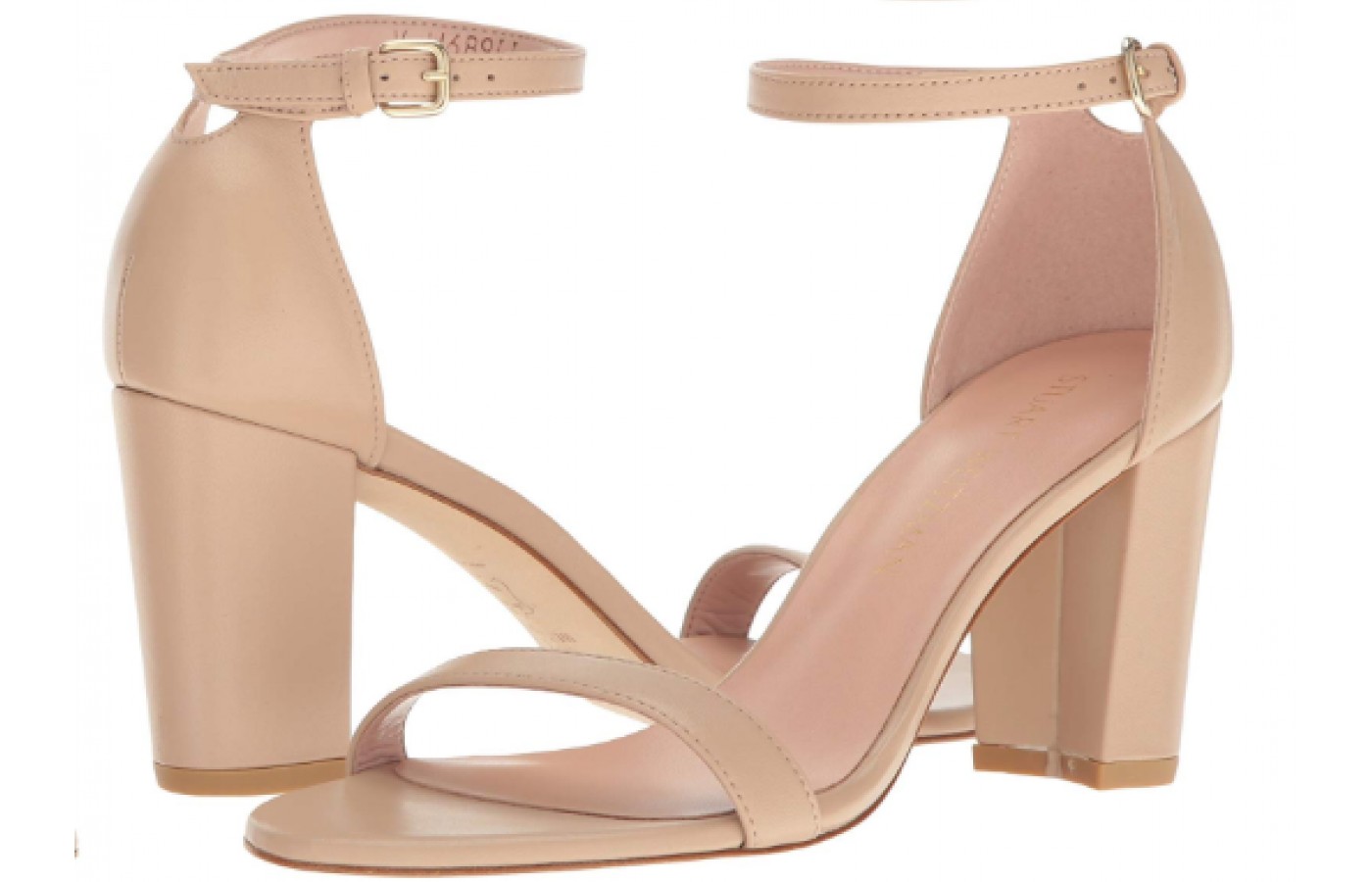 Fun fact about Stuart Weitzman. The American designer has been credited for making the most expensive shoes in the world.

That’s right. But other than making insanely expensive shoes, he’s been also the favorite of celebrities like Taylor Swift and Beyoncé. And if you take a good look at some of the photos featuring Catherine, Duchess of Cambridge’s public outings,  you’ll notice that she’s been a customer of the famed designer as well.

Yup. The Duchess loves Stuart Weitzman and in recent years has been known to wearing some of his best designs. The Nearlynude model first debuted on Catherine’s feet in July 2017 during the Royal visit of Poland and that particular model has become a staple in the Duchess’s wardrobe.

And it’s precise that model that is a subject of a review in this post. The Stuart Weitzman Nearlynude is an amazing shoe that’s adored by plenty of other celebrities, but let’s break it down and find out how amazing it is piece by piece.

Size down when buying

Do you know why this is an amazing shoe? Because even the outsole is made from leather. That’s right. While most shoes may use rubber or metal, this pump has been designed with leather. The entire heel, in fact, is made from good, quality leather and also applies to the outsole. It’s fantastic feature when you think about it. Because leather is a natural material, it has different feel and it’s even more lightweight compared to the rubber, that’s most commonly used in the regular shoemaking. So you can definitely feel the luxurious feel of the leather even when it’s touching the asphalt. Oh and the very back of the outsole there’s the 3 1/4" high chunky covered heel that not only is curved, it blends well with the leather outsole- color wise. The entire heel is wearing the same color as the rest of the shoe, so there’s no separation between those two parts of the shoe. The blending of the color in the heel and in the upper gives a great monochromatic look that elongates your legs and gives it a more sophisticated finish.

Stuart Weitzman wasn’t joking when he made this shoe. It’s really made entirely out of leather. Besides the leather in the outsole, leather can be found in the midsole and the lining of the shoe. It’s fantastic. Leather is everywhere and the team behind the designer wasn’t skimping on that material when this shoe was being made. If you’re a fan of leather than this is the shoe for you. Way up front in the midsole of the shoe is accompanied with an open toe silhouette, a slightly padded footbed, and even the logo of the company is even embossed in the footbed. Just to remind you of the brand that you’ve chosen and the quality that goes with it. In some of the darker colors, the footbed matches with the color of the upper, but in most of the cases, it’s nude. It all depends on the color that you’ll choose and they do come in a variety of colors. Twenty five to be exact and each is more beautiful than the next, but right now the Nearlynude is subject of review. So, yes, the nude color is everywhere. In the outsole, in the upper and for this segment in the midsole as well.

The upper of the Stuart Weitzman Nearlynude radiates with sophistication and minimalism. Also made from leather, the shoe’s beauty is singled out by the simplicity of the design. One simple leather strap covers the toe area of the shoe, while one single strap with adjustable buckle highs the ankle. Oh, the leather also hugs the Achilles heel but that’s pretty much it. When you have a great, quality shoe, that’s all you’ll need, Great heel, great materials, and two amazing simple straps. Oh and that adjustable golden buckle ankle strap mentioned earlier… well its’ reinforced with hidden elastic for easy entry and exit. Amazing isn’t it? Yup. The putting on and taking the sandals off your feet will become so much easier, thanks to the elastic in the ankle strap.

The leather as a material really provides most of the comfort, but it’s really unfortunate that the sandals don’t have a lot more padding. Having a more thick and padded midsole would have attributed to the comfort even more, especially in the arch and toe areas, because it would have made the sandals so much easier to wear. Standing and walking in them would have been more comfortable for the ladies that do have to stand and walk for a prolonged period of time while wearing the shoes.

Most of the support this design sports comes from the almost 4 inches height chunky heel. The thickness of the heel does make the walking and standing in the sandals a lot easier, but the outsole is way too thin to aid the support. The thin outsole really takes much of the support of the sandal, and so does the lack of padding in the midsole. It would have been nice if the outsole was a little bit more pronounced and if there was just a little bit of padding in the footbed.

The comfort and support may not impress, but the durability sure does. Grand is a very tiny word to describe the durability that these shoes have, and it’s all thanks to the quality leather used in making of the shoes. Seriously. The leather is present in there of the most important parts of the sandals, the upper, the midsole and the outsole which makes the durability of the shoe sky high. You’ll be pleasantly surprised by the durability that this shoe has, and it’s precisely that property that will make the shoes last much longer than the rest on the market.

The sole does have some padding which helps in the flexibility department, but it also features slit details in the shoe. The slits do really help with the flexibility of the shoe, and it makes the movement in them a lot easier for every lady. For the woman that’s used to wearing high heels, and the women who aren’t.

The beauty of the shoe comes from the simplicity of the design, and in the case of the Stuart Weitzman Nearlynude, the stability comes mostly from the heel and the straps

Let’s start with the heel. Although it’s almost 4 inches in height, not only that is chunky, it’s covered block heel and it’s curved. That’s right the sandals have a curved heel, to help and ease the stability and comfort of the shoe. The thick heel makes walking a little more comfortable, but it does help with the stability tremendously. However, what’s the point of having a chunky high heel, if the rest of the foot is unstable and accident prone? Well, that’s why those two amazing straps come in handy. More prominent is the ankle strap that secures the ankle and holds the foot firmly in place without worrying what the heel could do to your walking and posture. The straps really make the foot at ease, it really makes the foot stable and secure.

Because the entire shoe is an open style show, the entire foot is basically on open to aeration. The Stuart Weitzman Nearlynude is a summertime sandal and thanks to the two strips that hold your feet will keep the rest of the foot aerated, ventilated an exposed to sun and air throughout the entire time that the sandals are on you.

Oh, that chunky heel. Because of that chunky heel, you won’t be digging your heels from the grass while you’re on your friend’s laidback wedding. The chunky heel makes walking on surfaces like grass a lot easier. However, because of the thick outsole, it’s not recommended that you wear them on chalky or rough terrain. Also try to avoid wearing the sandals when it’s raining. The wet conditions could possibly ruin the quality of the leather found in the three of the most important parts of the shoe, but since it’s a summer type shoe and the summer is very unpredictable, you’ll be fine. It’s high-quality leather after all.

Because the outsole is made from high-quality leather, traction is of high importance in these sandals. Even if the outsole doesn’t have very pronounced ridges on the bottom of the outsole, the very fact that the outsole is made from the good old leather, it will keep the traction in check. You really don’t need to be worried about this part, but because this I a sandal with fairly high heel, you do need to be more careful while wearing it. Especially if you’re inexperienced at wearing high heels. This is a chunky style heel, but still. Be careful.

The tagline behind this shoe says that a simplistic sensual style is easy when you wear the Nearlynude sandal. Sensuality goes hand in hand with the simplicity in the design and it’s what makes the sandal so beloved and in high demand. The chunky heel makes things easier for every lady that’s not used to wearing thing uncomfortable heels, and the two straps (one at the toes and one in the ankle) add to the stability and the comfort of the shoe.

But the thing is, aside from the elegant and simplistic design, the quality leather used in almost every part of the shoe, is what attributes to the quality of the entire shoe. The straps are slim and demure and don’t take away the beauty of the outfit that you have chosen to wear alongside the shoes. No, they’re the perfect vehicle, the perfect addition that will glam up every outfit. And they do have the power to glam up. Although demure, the luxurious design and the quality leather have the ability to make every simplistic outfit quite special. They’ll go well with your favorite summer floral dress or with your favorite jeans. The possibilities are endless when it comes to the Nearlynude and that’s not strictly for the nude version. Every color that you’ll choose will become an asset in your shoe closet. All you have to do is chose, but the Nearlynude is really the safest option. It pairs well with every color and you’ll find yourself reaching for the sandals more and more. They’re amazing for every occasion.

The Stuart Weitzman Nearlynude is a sophisticated version of the classic minimalist sandal. It’s timeless and effortless in making you chic, stylish and taller, without compromising your stability and comfort. Made entirely from leather and with an almost 4 inches high chunky heel, the Nearlynude is your best investment that you’ll make when purchasing a quality shoe. Not only it’s made from quality materials it’s versatile and goes well with every style and every color that you have in your wardrobe. Its only flaw is the lack of additional patting in the midsole. It would have been amazing if that midsole had a little more padding since it would make the shoe so much comfortable for wearing after a prolonged period of time. But as it is now, the Nearlynude is an exquisite piece of effortless, timeless style that will never go out of style. You’ll find yourself reaching for the sandals more and more, and they’ll always be in the rotation. They’ll never let you down. Hey’ if the Duchess of Cambridge loves them then they must be quite awesome.