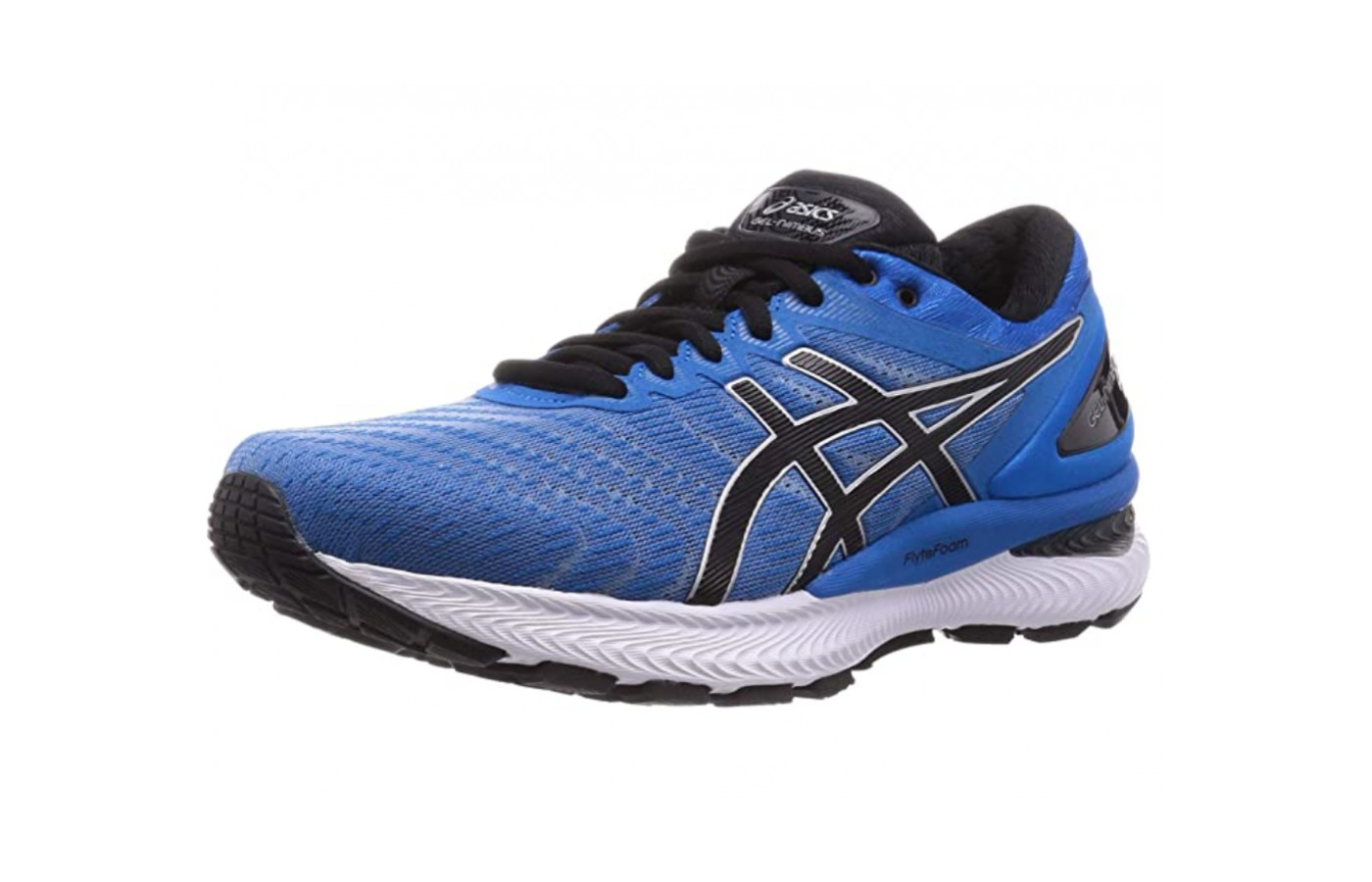 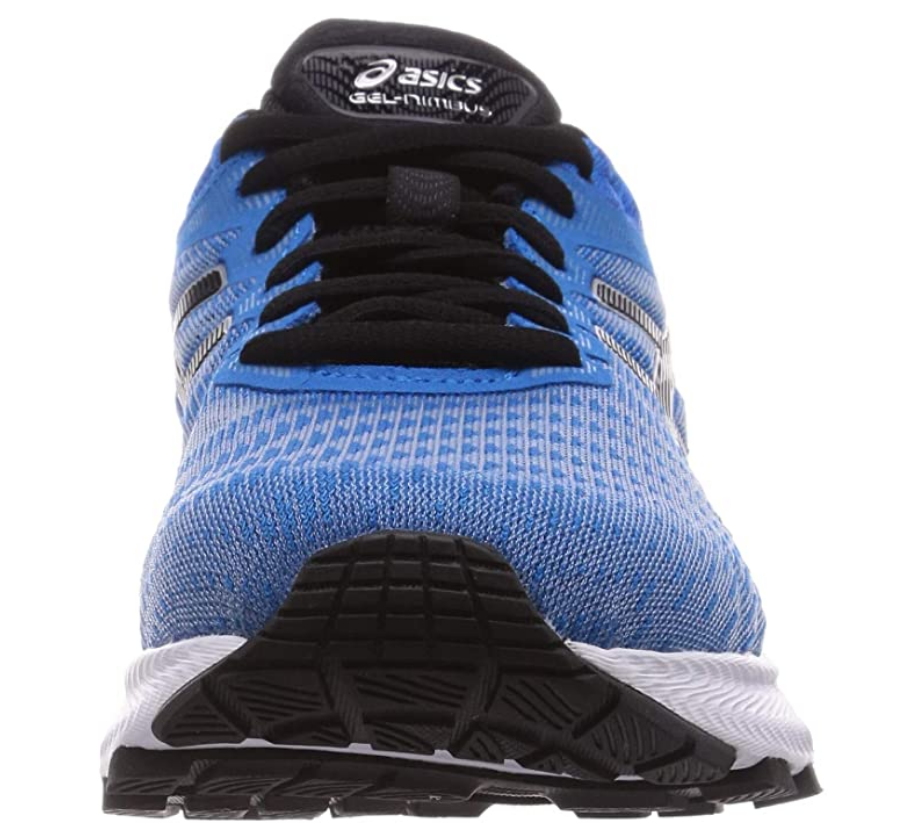 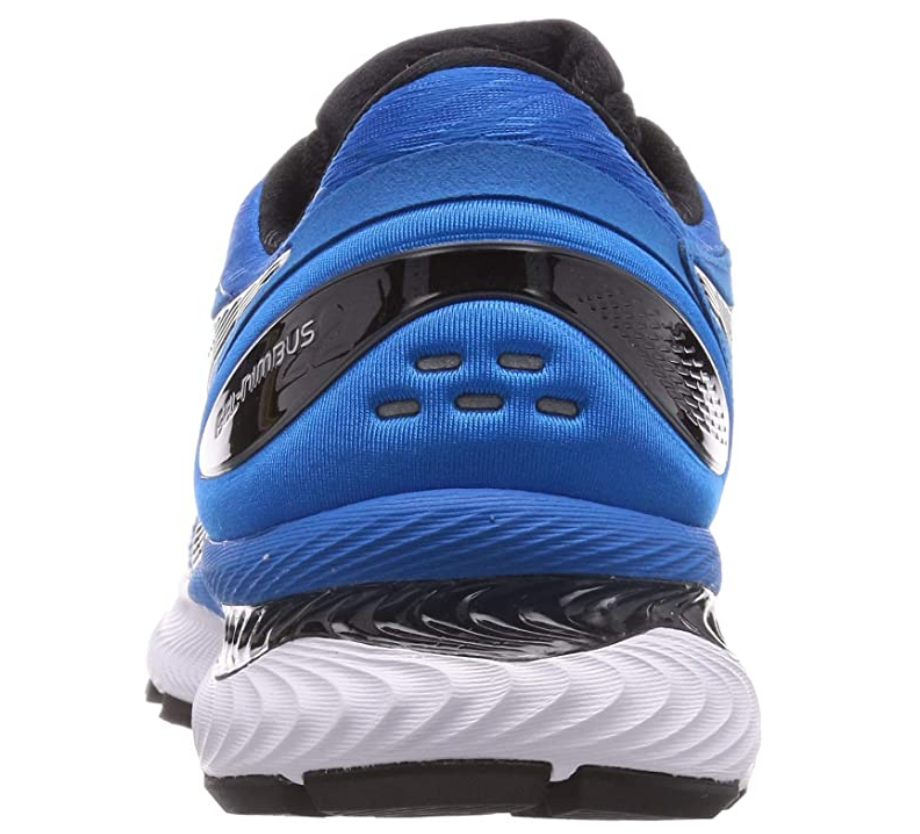 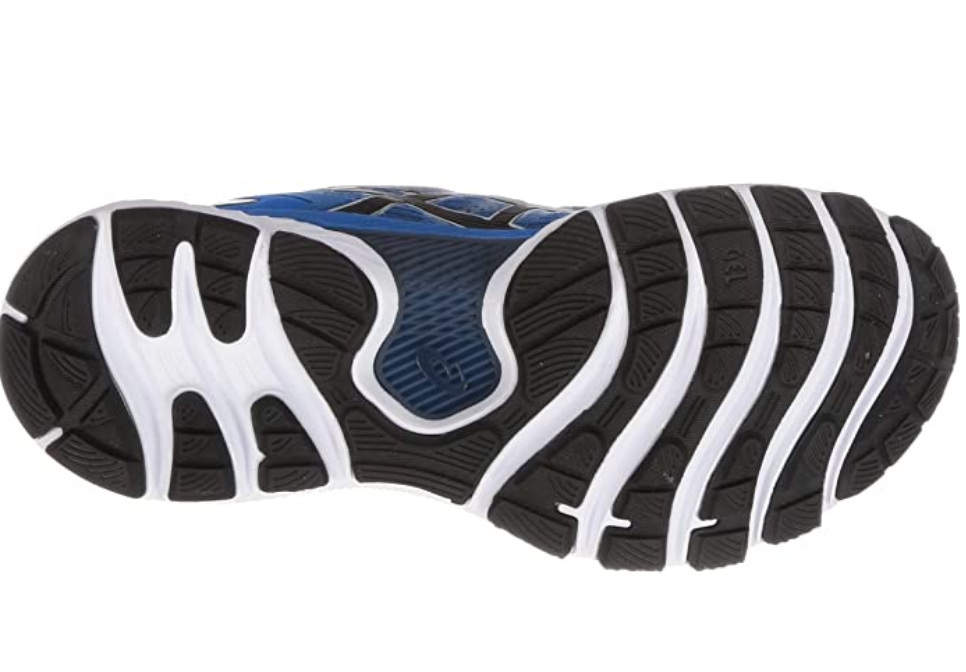 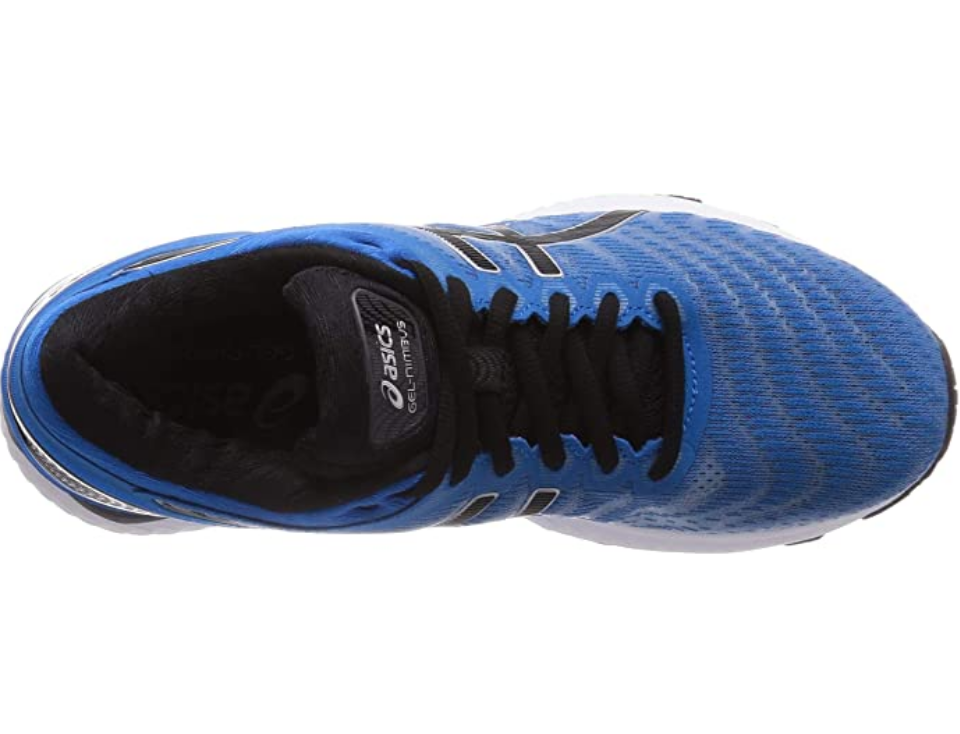 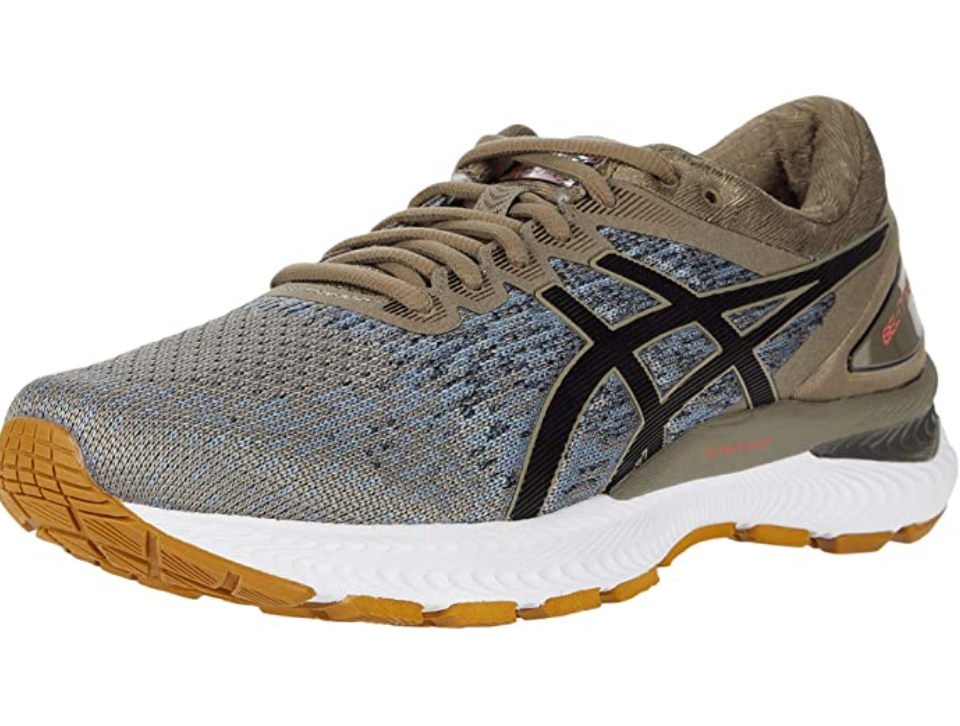 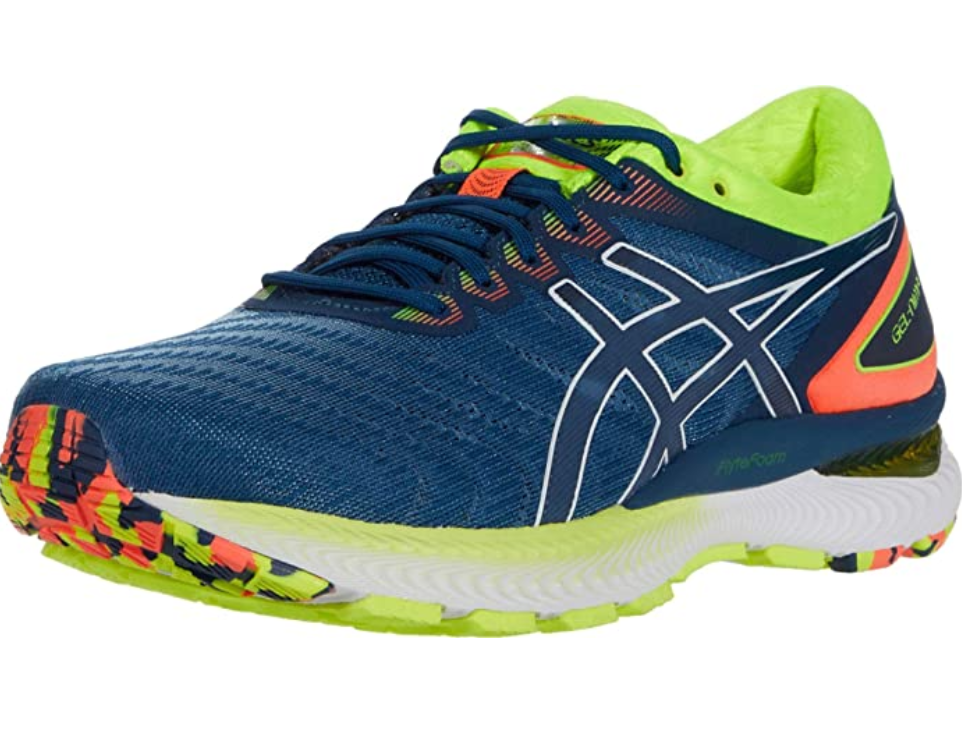 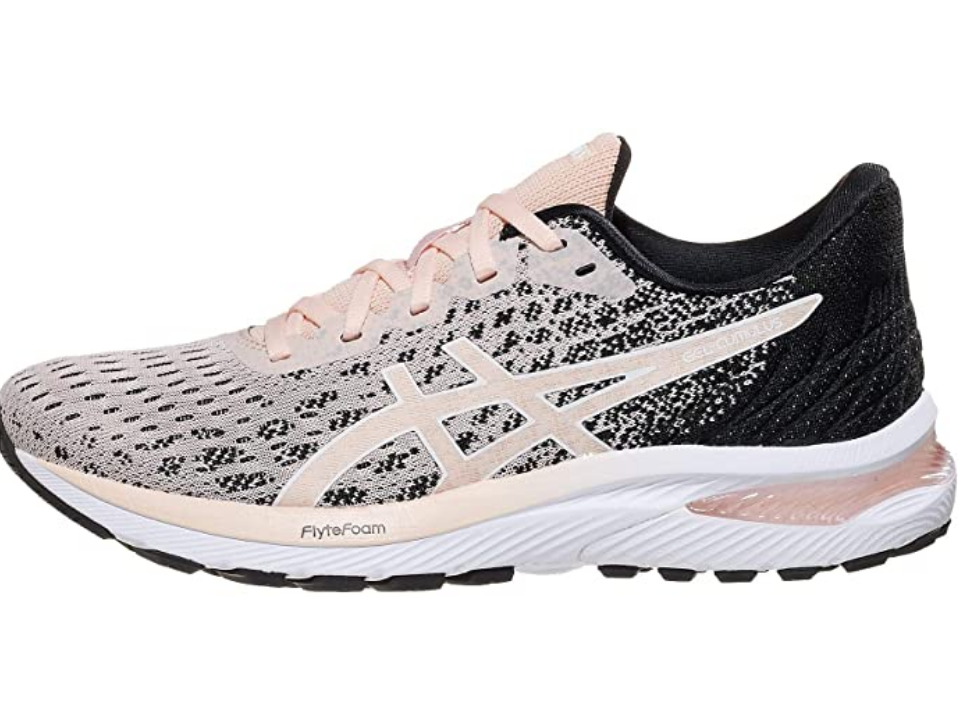 So, what improvements have been made to the Asics Gel Cumulus 22? Rather than having a double layer upper as seen in Cumulus 21, the Cumulus 22 now has a single layer engineered mesh upper. The multi-directional mesh material not only makes the shoe extremely breathable, but it provides a good level of stability. The upper also has a 3D print construction that works by improving the forefoot's comfort and support.

The shoe's re-designed outsole has six flex grooves in the forefront rather than three grooves (that appeared in Cumulus 21). The grooves are also deeper, giving the forefoot more flexibility. The AHAR, Asics High Abrasive Rubber has been updated with a newer AHAR+ that offers a better level of durability. The AHAR+ has been positioned in high-impact areas, allowing it to stand up against lots of miles and reduce the wear and tear of the shoe.

You can also look forward to experiencing the rear and forefoot GEL Technology Cushing System positioned in the forefoot and heel. This GEL cushioning works by attenuating shock during impact. It also allows lots of movement as the foot transitions through the gait cycle.

The Cumulus 22 is orthotic friendly because of its removable sock liner. It is suitable for people with high arches and runners who enjoy running on firmer terrains like roads, trails, and gravel. The running shoe has a stack height of 12mm.

Featuring both FlyteFoam and FlyteFoam Propel in the shoe’s midsole, this great combination has improved the shoe's shock-absorbing ability. The Cumulus 22 weighs approximately 9.5oz and has a 10mm drop.

When it comes to stability, the Cumulus 22 features a stable heel cap that works by keeping your heel firmly in place when running. This is a great feature because it makes the shoe more comfortable and provides you will an extra level of support when on the move. The 3D print upper gives the shoe more support in the forefoot whilst giving the structure more flexibility.

The ASICS Gel Cumulus 22 running shoe offers a range of other benefits. The running shoe is noticeably a lot lighter, both in its feel and weight. It has a single-layer mesh upper and features a lightweight FlyteFoam midsole material.

The Cumulus 22 has a padded tongue that conveniently wraps around the arch of the foot, providing a snug fit. A padded collar prevents the foot from rubbing and causing discomfort. Further comfort is achieved via the shoe's wider toe box. When trying on the shoe for the first time, it was true to size.

The shoe has a reflective 3D printed logo that works by enhancing your visibility in lower light. Six flex grooves are strategically positioned along with the shoe’s outsole in high-impact areas, improving the flexibility and durability. The shoe also provides a fantastic level of traction, particularly when running in wet weather.

Who is it for?

The Asics Gel Cumulus 22 is best suited to neutral runners who enjoy road running. This classic running shoe can be worn for jogging, short runs, and marathons.

They are also suitable for both beginners and more experienced runners.

It is also worth considering some potential drawbacks with this Asics shoe.

Even though the padded collar and tongue provide additional comfort and support, the features may cause the shoe to become too warm for some runners in hotter months.

The shoes may feel a bit tight when putting on for the first time so you must allow some break-in time to achieve the perfect fit.

As discussed, the Cumulus 22 is lighter and more breathable than Cumulus 21, because of its single-layer mesh upper, choice of midsole material, and fewer aesthetic details.

Cumulus 22 has a wider toe box. The running shoe flexibility has improved because of the increase in flex grooves from three to six.

Showcasing some great improvements made to the upper, outsole and midsole, you will love the smooth ride this running shoe has to offer.

With only a few potential drawbacks to consider, I found it hard to find any real dislikes with the Cumulus 22, making it a strong contender for a lot of runners. 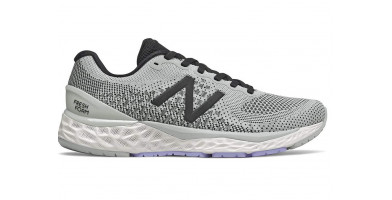 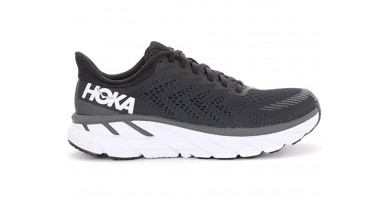 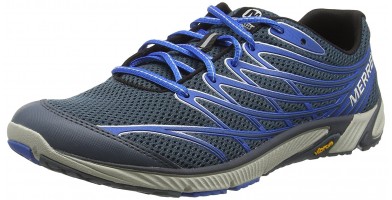