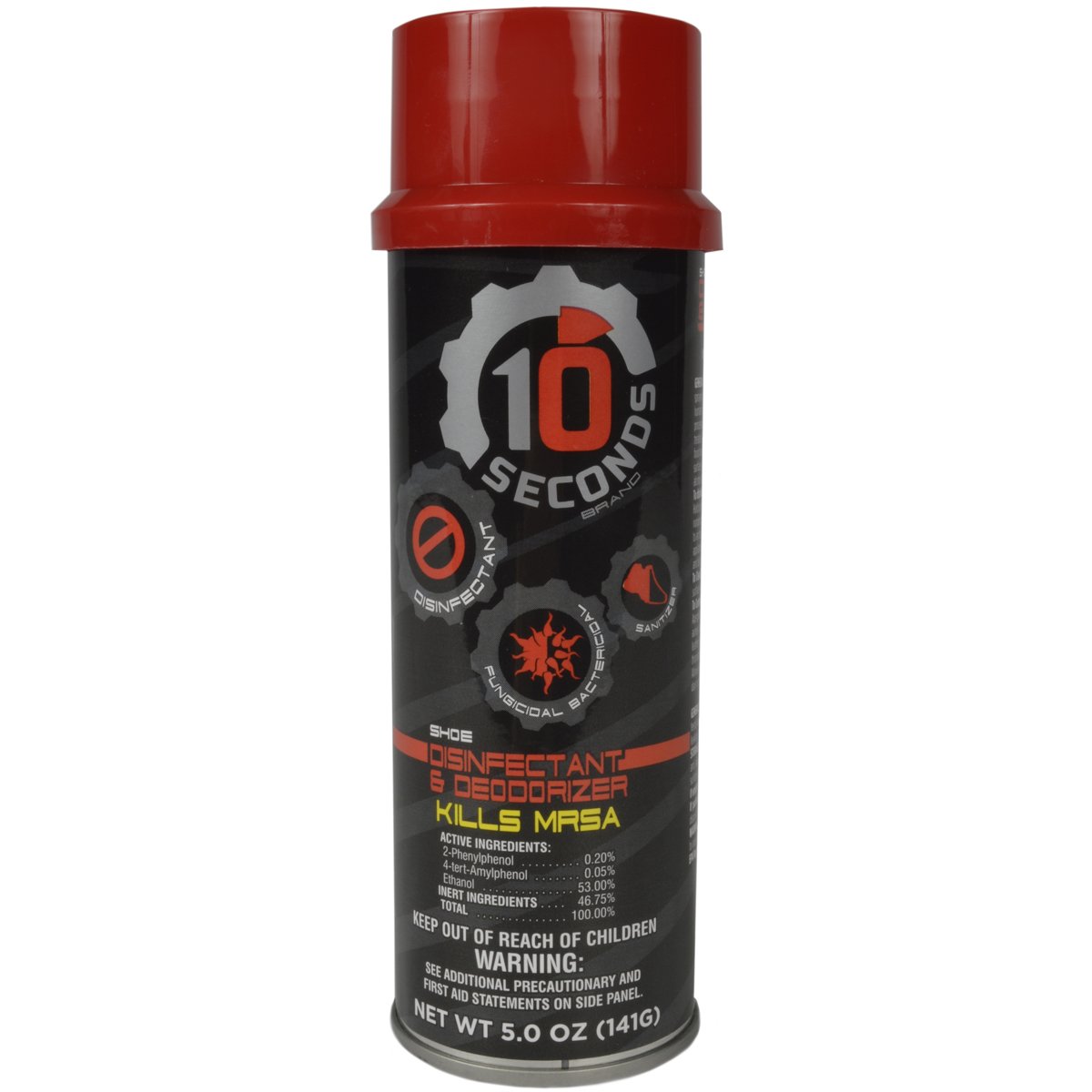 All-natural sprays packed with botanicals and essential oils are great but sometimes you need more. The 10-Seconds Shoe Deodorizer packs much more of a punch and is serious competition with other natural fast products. This EPA-Approved formula isn’t safe to use directly on the skin like other sprays. However, it will knock your socks, and your shoe odor, right off.

Fast-acting and extremely powerful, the natural Shoe Deodorizer is a quick way to create a healthy environment for your feet. Since this is the only EPA-approved option on the market, you can rest easy knowing your shoes are in good hands. Say goodbye to fungus, germs, and mildew when you say hello to this Shoe Deodorizer.

This spray does more than just snuff smells out, it treats the source of the problem. For odor, one of the sources is frequently bacteria. To get rid of bacteria, the Shoe Deodorizer is chock full of strong disinfectant to keep pesky bacteria at bay.

The benefits of disinfecting your shoes come in multitudes. This effective Shoe Deodorizer can combat MRSA. If you recently suffered from a bacterial infection in your foot, even if it is a resistant strain, this can treat your shoes. That means you won’t have dangerous bacteria lingering after you’ve beaten the infection.

Since this is for shoes only, it should be used and allowed to dry in your footwear while you’re simultaneously treating the bacteria on your actual foot. If you’re suffering from an infection of some sort, treating your shoes can ensure that the infection won’t come into contact with your skin again. Sweaty shoes are a breeding ground for bacteria, and a spray like this Shoe Deodorizer is the first step to avoiding that.

Foot fungus is not only rough to look at, but it is also uncomfortable too. The fungus can cause itching and pain. It can also cause the loss of toenails or thickening of the nail itself. Both of these results are inconvenient and often downright painful.

One of the largest contributors to an ongoing fungus problem is that people reexpose themselves to the source. If you are having fungus, you need to ensure there is no fungal growth in your shoes and socks. Using a spray like 10-Seconds Shoe Deodorizer can protect you from recontaminating your feet once you have tackled any fungal issues.

Fungicidal properties put an end to athlete’s foot. This spray is fantastic for your gym, dorm, or spa shower shoes. If you have struggled with fungus for a long time, using this with a tea tree foot soak or similar care product can give your feet a new lease on life. You don’t have to hide your feet, the fungus is incredibly treatable!

This may not be gentle enough to use on the skin but its strength is nothing to scoff at. The cost for just a shoe spray may seem unreasonable. Since there are so many powerful ingredients in the 10-Seconds Shoe Deodorizer, it is well worth the price you pay.

This comes in at about 20 percent more than similar sprays. Those sprays that are a bit more expensive can usually also be used directly on the skin, and contain refreshing essential oils or botanicals. This is not a foot spray and shouldn’t be compared to one in this regard.

Using the 10-Seconds Shoe Deodorizer is easy, and the bottle lasts much longer since it is only used on the shoes themselves. Not only is it at a lower price than dual foot/shoe sprays, but it has more in the bottle. This will last much longer than its competitors, both due to volume in the package and the more conservative use due to not being skin-friendly

So many feet and shoe odor spray mask scent. That isn’t quite enough for a lot of people. It isn’t an improvement when your stinky feet go from smelly to smelly, with a hint of rosemary and mint. You can’t mask the serious odor, you need to actively combat it. That is what the 10-Seconds Shoe Deodorizer.

This isn’t full of frilly smells that are pleasant in the nostrils. This is a straightforward answer to serious odor problems in your shoes. Instead of masking smells, it is getting to the root of the problem and treating it. That is why rather than being chock full of essential oils, it is chock full of components targeted at fungi, bacteria, and microorganisms.

Almost half of this formula is ethanol. Ethanol is a super-powered bacteria fighter and disinfectant. Think of using this on a shoe as similar to wiping an alcohol wipe on a fresh cut. It kills bacteria on impact. Prolonged use on the skin can be dangerous, but since this is for shoes only, you can use for a long time without any adverse effects for deodorized footwear!

So the directions for the 10-Seconds Shoe Deodorizer are admittedly a little hard to follow. Depending on what you’re using it for, there are different requirements. To use as a disinfectant, it is similar to a bleach multi-surface product. It has to remain wet on the non-porous surface for 10 minutes.

If just cleaning and deodorizing, it is much more simple. All you have to do is spray and let naturally dry. Do not interact with the item you sprayed after spraying it, even though the directions don’t specify. This shouldn’t be making too much contact with skin or any items which come into contact with the mouth. Not using this in the kitchen or around a dining area is wise.

If you are attempting to treat fungus growth, using the 10-Seconds Shoe Deodorizer gets a little trickier. Porous surfaces which have mildew or mold need to be thoroughly moistened and sprayed. Once they are sprayed you have to ensure it is wet enough to stay wet for five minutes. After the initial fungal treatment, there needs to be maintained. Every week or so you will need to retreat, or whenever, if ever, you see new growth.

If you have serious bacteria or fungus in your shoes, they may be beyond repair. For moderate cases, the 10-Seconds Shoe Deodorizer will quickly target the root of the odor problem and correct it. While sprays for the feet and shoes smell good right away, not all are powerful enough to solve odor problems permanently. This one really will.

It isn’t a bandaid for serious odor, it is a cure. Since it is treating the problem, it won’t change your life with one spray in a stinky shoe. If you’re saturating the material and allowing it to dry, however, it will exceed your expectations for how swiftly foot odor can be managed.

A lot of foot and odor sprays encourage liberal use. This shouldn’t be a problem, except most only come with about four ounces in the bottle. This won’t get you very far with most products. Especially when you’re supposed to be saturating the material for a proper effect.

One way the longevity is extended for the 10-Seconds Shoe Deodorizer is the sheer fact it isn’t used directly on the skin. This gets sprayed on shoes only, preserving the solution for multiple uses. In addition to this, it comes with one more ounce than many of its competitors.

The more conservative use instructions coupled with the larger volume of the product allows you to go lit longer in between buys. Treating the root of the problem creates less of a need for constant maintenance as well! While fungus will probably require multiple sprays consecutively on the same clothing item, this is the exception to the use of the 10-Seconds Shoe Deodorizer, not the rule.

There are mixed reviews on the actual scent of the 10-Seconds Shoe Deodorizer. As mentioned prior, it isn’t a bandaid for odor. It doesn’t cover up the smell with overwhelming botanicals. It won’t smell anything like a foot spray would. Reviewers weren’t sure if this was good or bad.

Some claimed there was a faint citrus smell to it that quickly dissipated once dry. These users thought that the 10-Seconds Shoe Deodorizer did exactly as advertised. It worked to combat smells and add a fresh scent without layering excessive perfumes over the existing funk.

Others weren’t so convinced. Some didn’t think it effectively combatted funky odors. Others thought it was far too chemical-smelling. It is worth noting this does smell a bit like chemicals. That is due to it being made up primarily of alcohol. It smells similar to a hospital disinfectant to some. If you don’t like this kind of “cleaning product” scent, you might want to opt for a more natural, or perfumed option.

If you have kids, this shouldn’t be used while they are home. It shouldn’t come into contact with skin and needs to be allowed to remain wet to naturally dry. For full effectiveness, there is no way around this process, and this product is concentrated. Protecting those around you may seem extreme when talking about a shoe deodorizer but that is only because this is a very strong, chemically formulated choice.

The 10-Seconds Shoe Deodorizer is an extremely powerful product. It isn’t intended to act as a barrier between your nose and your shoes. This really will treat the actual problem. Since it is going straight for the bacteria or fungus instead of the smell in the fabric of the shoes, it is a concentrated formula. Many foot sprays tend to be on the natural side.

There is nothing wrong with using awesome natural deodorizers! However, a lot of them aren’t quite concentrated enough to kill the odor at the source. For true fungal or bacterial problems, a spray like 10-Seconds Shoe Deodorizer in your shoes can restore a healthy environment for your foot.

On the first impression, this product may seem one-note. In practice, it is far from it. While yes, this seems to be only for shoes and little else, the variety of surfaces and textures it works on is super extensive. If you have other clothing where fungi or bacteria is a problem, you can safely use this on them as well.

If you want to use it as a disinfectant for certain exercising accessories, you can do so without pause. While yes, this isn’t for the feet as well, it does have versatile uses in the realm it is intended for. It can treat strep to MRSA and staph to athlete’s foot. You can feel like you have protection when being exposed to places that are a frequent source of these ailments.

If you’re a gym-goer, a college student on campus, a parent with athletic children, you are going to want to get a spray to use on the more important garments. This 10-Seconds Shoe Deodorizer will do the trick. Whether you toss it in a gym bag or keep it in the bathroom cabinet, this can be a go-to disinfectant that won’t disappoint.

When the 10-Seconds Shoe Deodorizer calls itself a deodorizer, it means it. Bacteria and fungus won’t hide behind a sea of citrus and peppermint. This foot spray gets to the root of the problem and stops it in its tracks. Ailments athlete’s foot can be kept at bay by using this to maintain your shoes or even your compression socks.

As long as you let the product thoroughly dry after spraying, you’ll be good to go. Though it has a strong, slightly chemical odor and shouldn’t be used on the skin, this product gains effectiveness where it lacks in gentleness. Affordable and fast-acting, you won’t want to skip on trying this targeted shoe disinfectant. Athletes won’t want to miss out of this overpowered shoe disinfectant for both maintenance and removal of odor-causing bacteria or fungus. 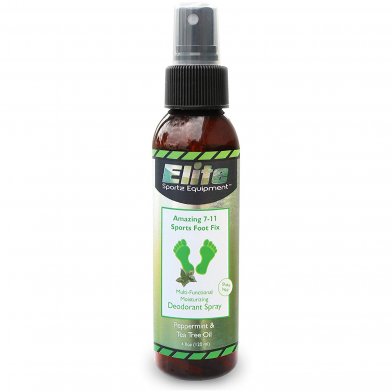 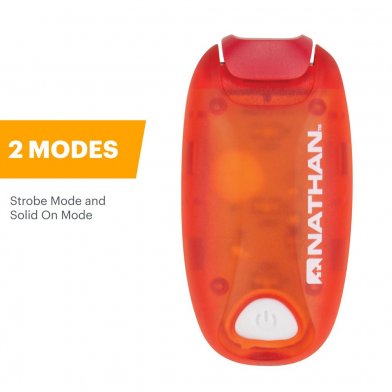 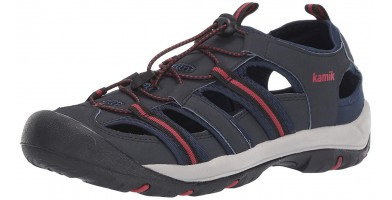